D-backs limited to 2 hits, shut out by A's

OAKLAND, Calif. -- Daniel Mengden and catcher Bruce Maxwell had a plan, and it worked out quite well.

Mengden pitched a two-hitter for his second career shutout, and the Oakland Athletics beat the slumping Arizona Diamondbacks 3-0 on Saturday.

"We were going to attack them early with the heater and then throw backwards as the game goes along," Mengden said, "and we just got a lot of weak contact and we kept going from there."

Mengden (5-4) struck out five and walked none in his career-high third straight victory. Socrates Brito singled in the second and David Peralta singled in the sixth for Arizona's only hits.

"It was just a lot of different weapons that he was throwing at us at different times," Diamondbacks manager Torey Lovullo said. "He did a really nice job, so give credit where credit is due."

Matt Olson, Matt Joyce and Chad Pinder connected for the Athletics, who began the day ranked last in the majors with 15 home runs at home and tops in baseball with 47 on the road.

The Diamondbacks wasted a solid outing for Clay Buchholz in their 15th loss in 17 games. Buchholz (0-1) permitted one run and two hits in six innings.

Joyce hit a drive to center in the first for his ninth career leadoff homer. Buchholz then retired 15 in a row.

Buchholz struck out three and walked none in his second start with Arizona. The 33-year-old right-hander missed most of last season after he tore a tendon in his right forearm.

"Today I feel like I got over a little bit of a hump," he said.

Olson hit his eighth homer in the seventh against Jorge De La Rosa, and Pinder belted his fifth off Fernando Salas in the eighth.

"It was fun to watch, easy to play behind," Olson said.

Right fielder Stephen Piscotty made a leaping grab in front of the wall for the last out. 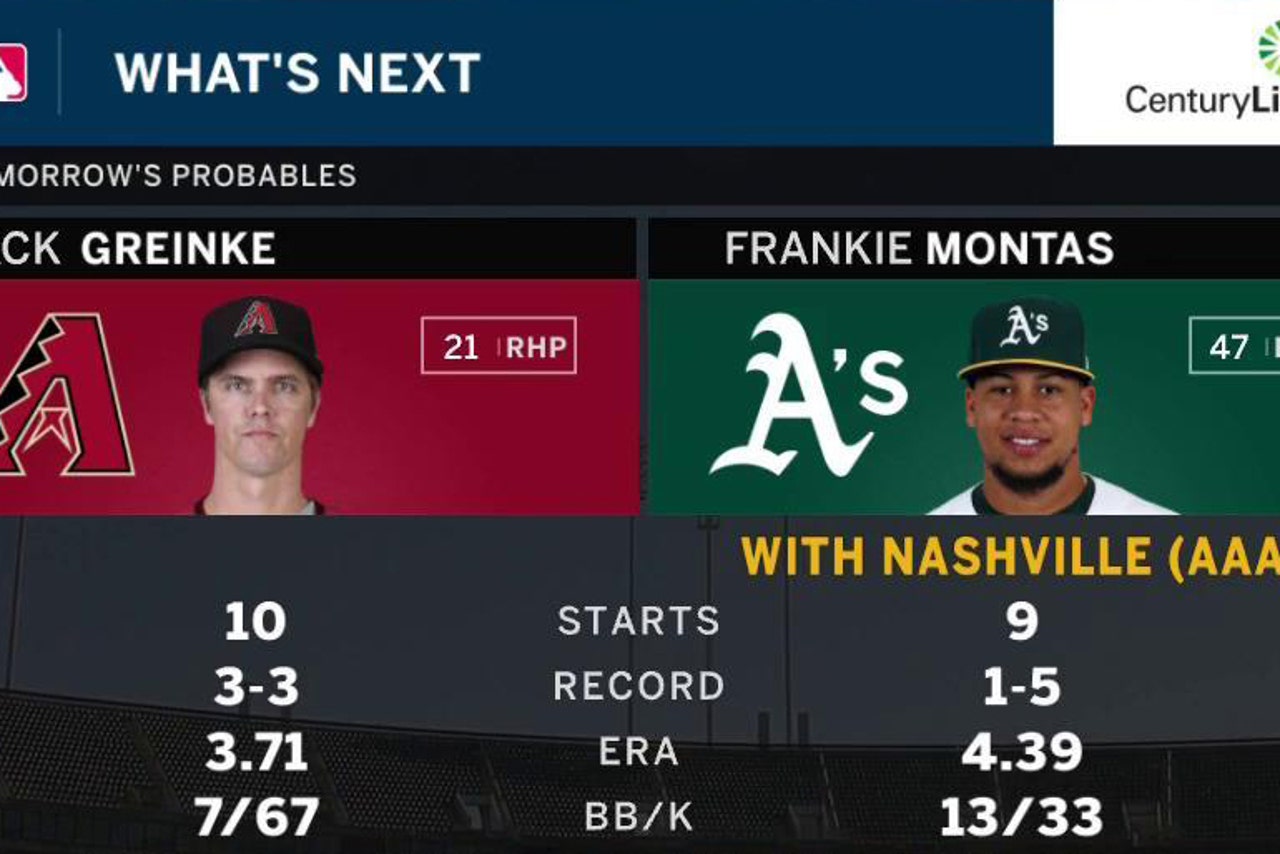