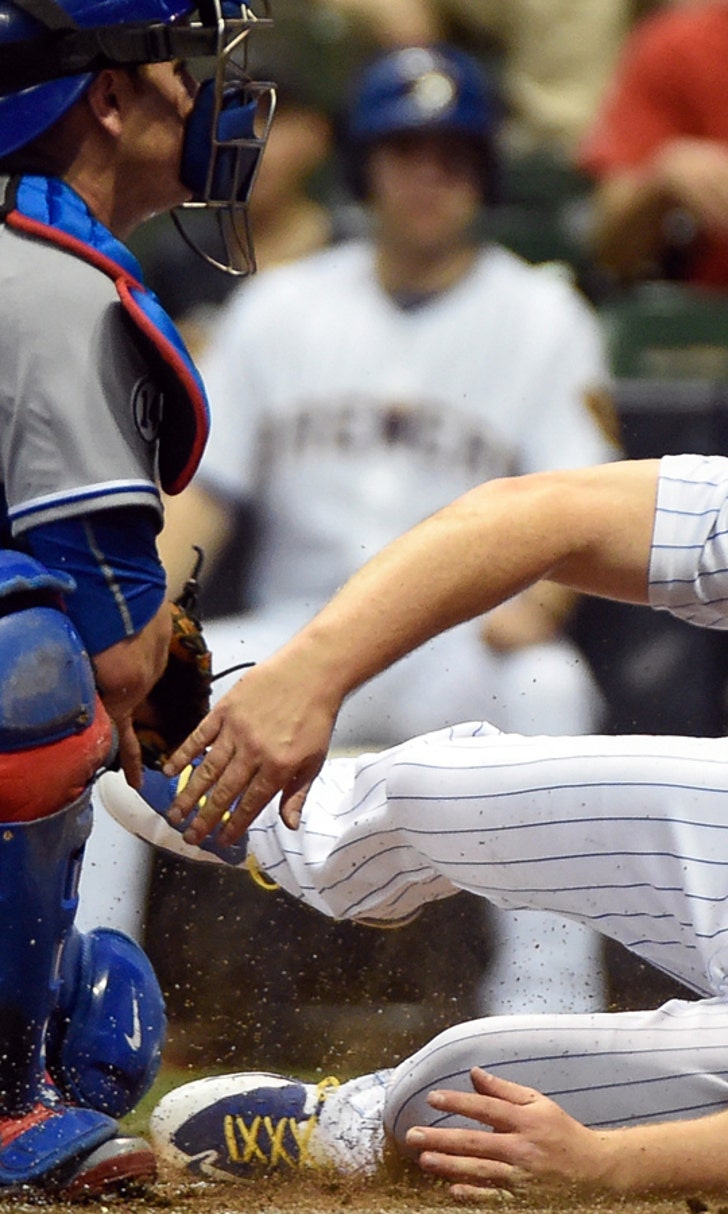 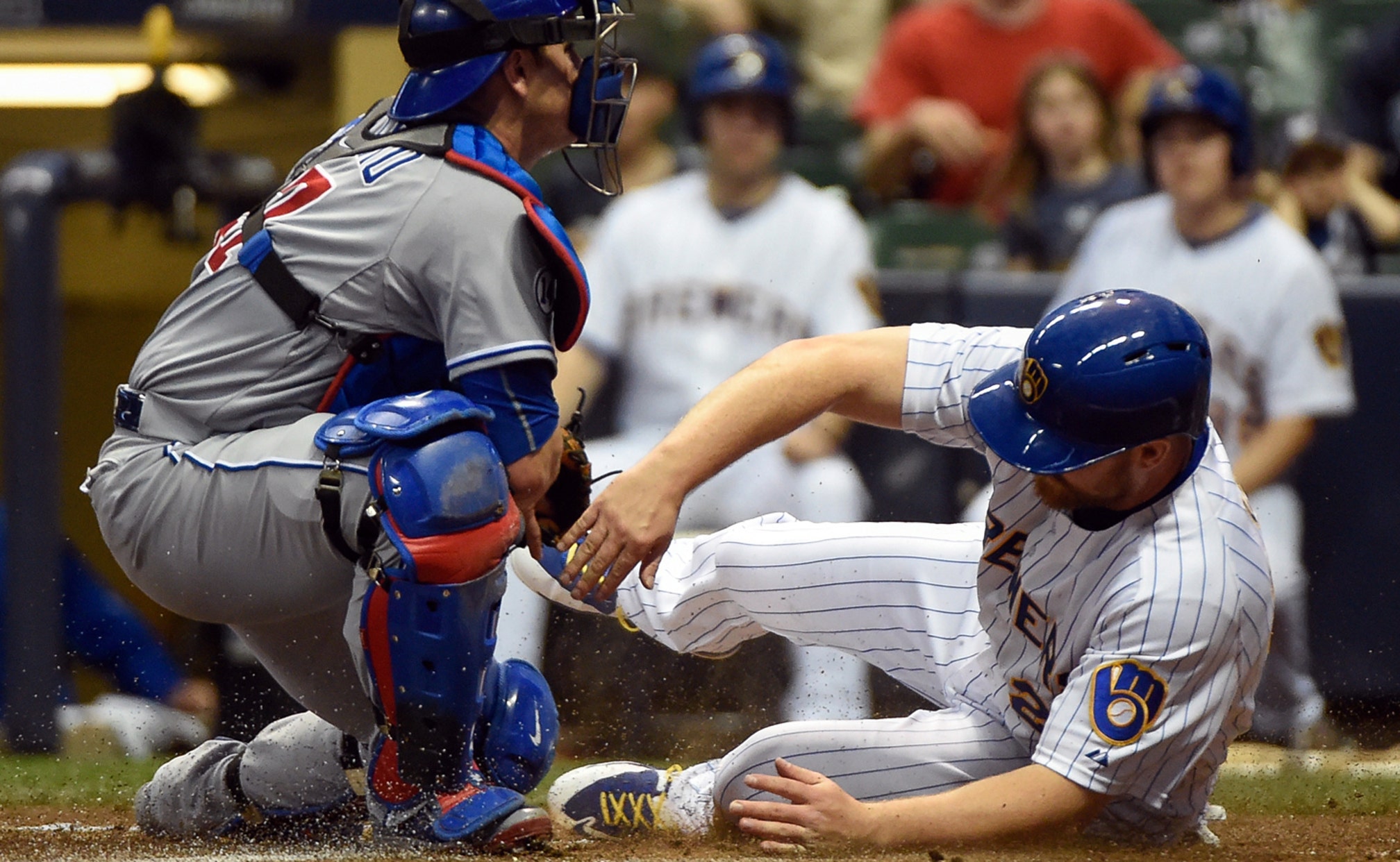 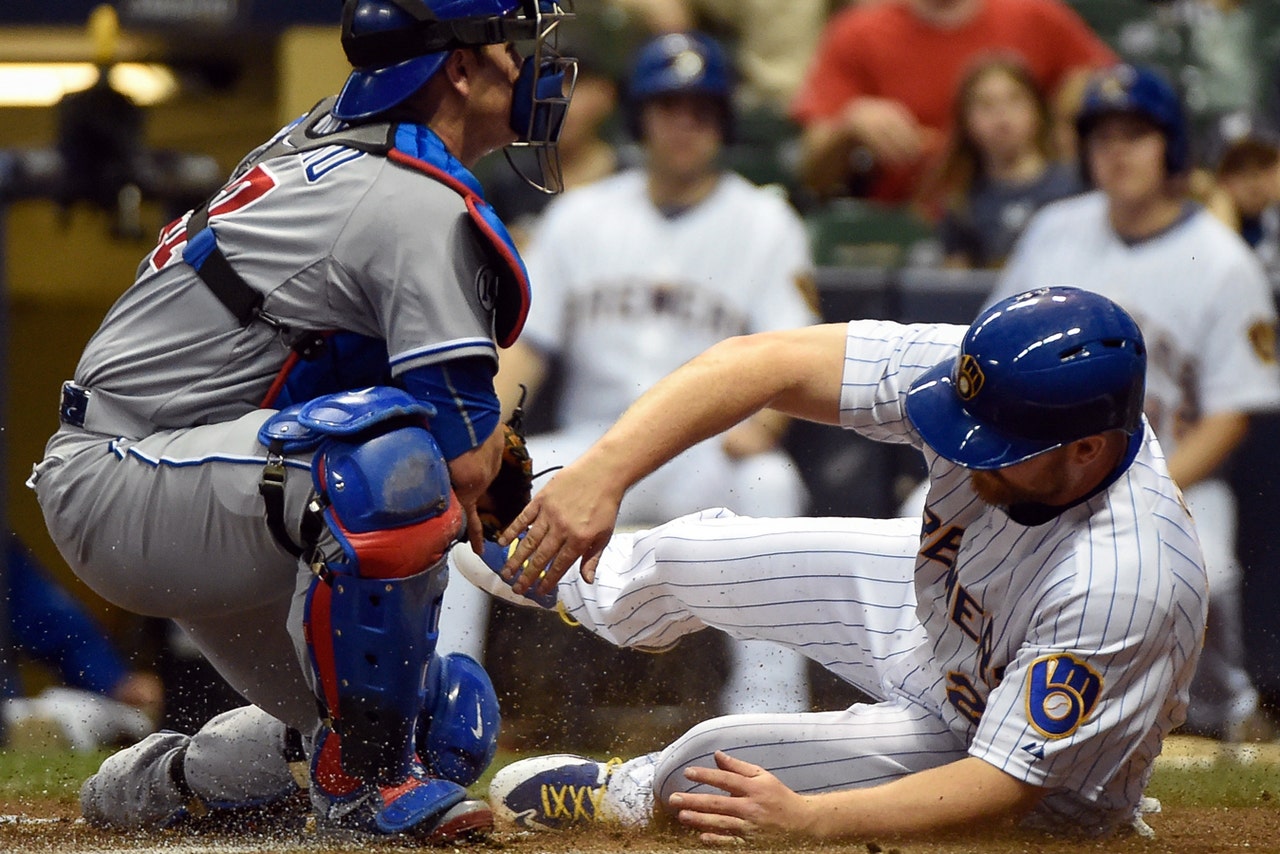 Three relievers nearly squandered the solid start from Jason Hammel on Friday night. But four homers gave the Cubs enough of a cushion to hold off the Milwaukee Brewers' own late power surge.

Hector Rondon struck out Gerardo Parra with two outs in the ninth and the tying run on second to preserve Chicago's 7-6 victory.

"We should have been able to put that away a lot more easily," Maddon said.

The Cubs added another run after Addison Russell singled and advanced to third on two straight throwing errors with two outs in the top of the ninth. Kris Bryant hit an infield single that was overturned on replay review from an out call to drive home Russell home two batters later and make it 7-3 going into the bottom of the ninth.

"He beats out a ground ball. We challenge. Run scores. That's the game right there," Maddon said.

A feast-or-famine Brewers lineup seemed like it would be easy work for Rondon, the hard-throwing closer pitching in a non-save situation.

But Milwaukee got to Rondon. Ryan Braun hit a three-run homer to the right-field corner to make it a one-run game with two outs in the ninth. The Brewers followed with two more singles to bring up Parra.

Rondon let out a yell on the mound after striking out Parra swinging on a slider to end the game.

Hammel said he was proud of the bullpen "for grinding it out there at the end.

"It had the makings for a weird game and it's nice to walk away with a win," Hammel added. "I guess they're not always pretty."

"We made mistakes in the top of the ninth that cost us runs," manager Craig Counsell said.

Chicago got two important insurance runs in the ninth, starting with Castro's leadoff homer. Then Russell extended his hitting streak to 11 games with his infield single. He advanced to third on throwing errors from Herrera at third and second baseman Scooter Gennett, who was backing up the play at first.

"You've got to keep your head up on the field. Your head can't be down," Counsell said. "If there's a runner at second base, your head's got to be up."

Jimmy Nelson (1-3) finished with a career-high 11 strikeouts in seven innings, giving up five hits and four runs. But the young right-hander couldn't overcome the Cubs' homers.

"Jimmy had no-hitter stuff, in my opinion," Counsell said. "But the mistakes he made, they hit home runs."