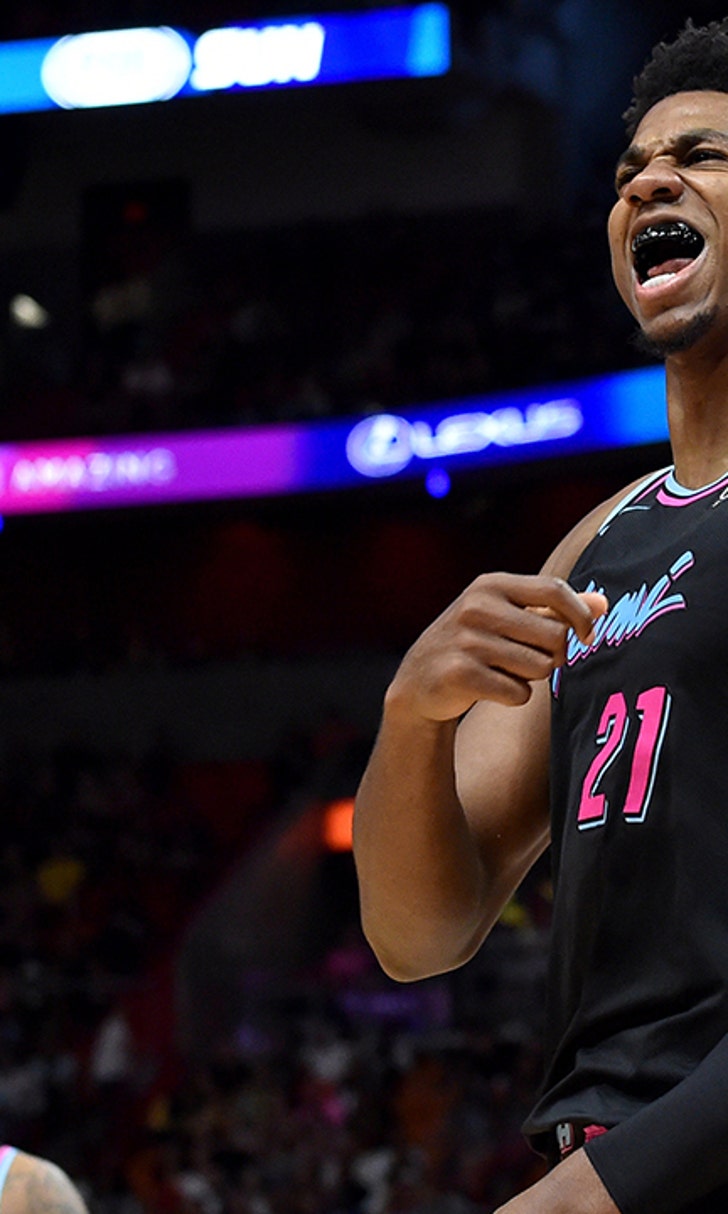 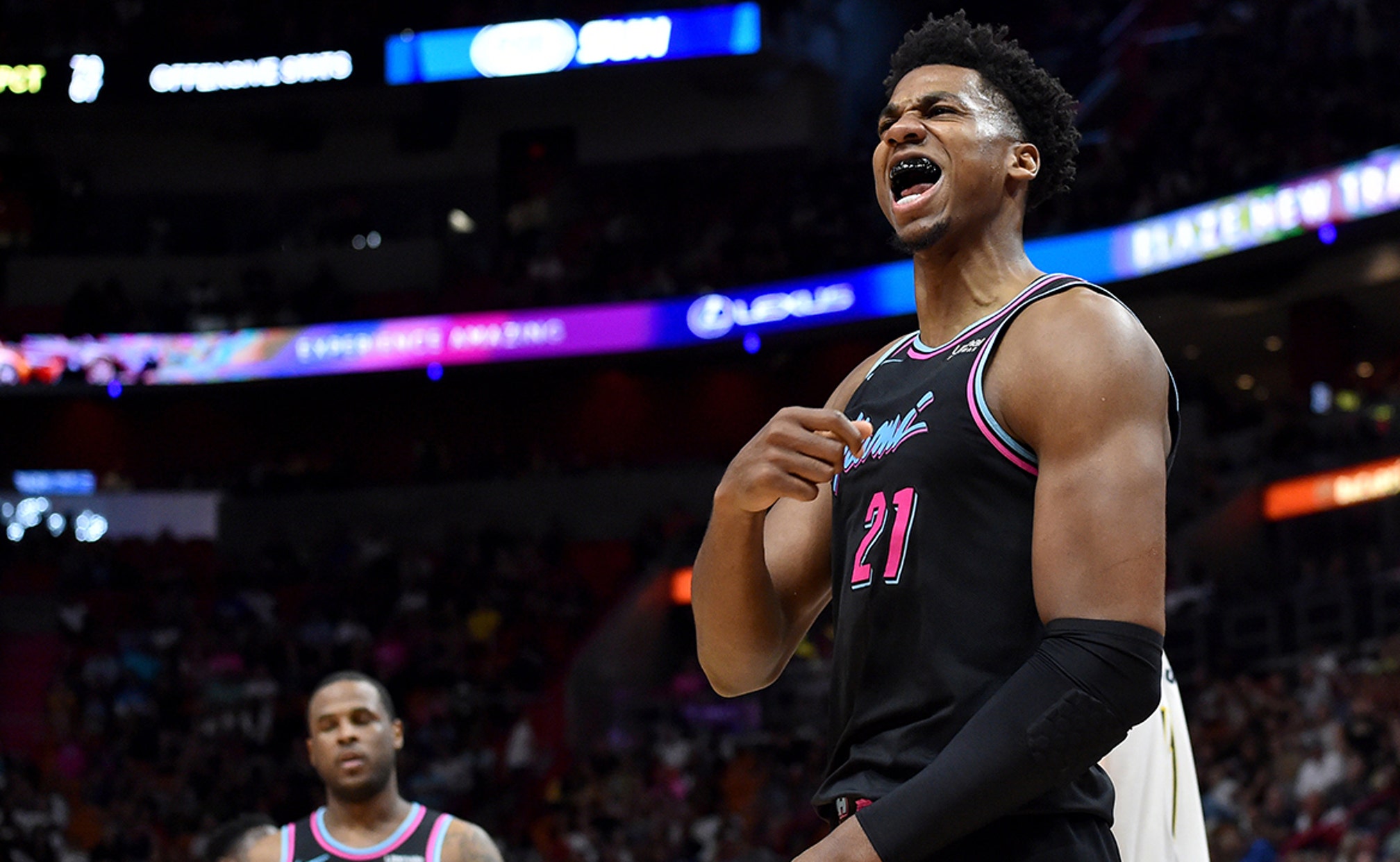 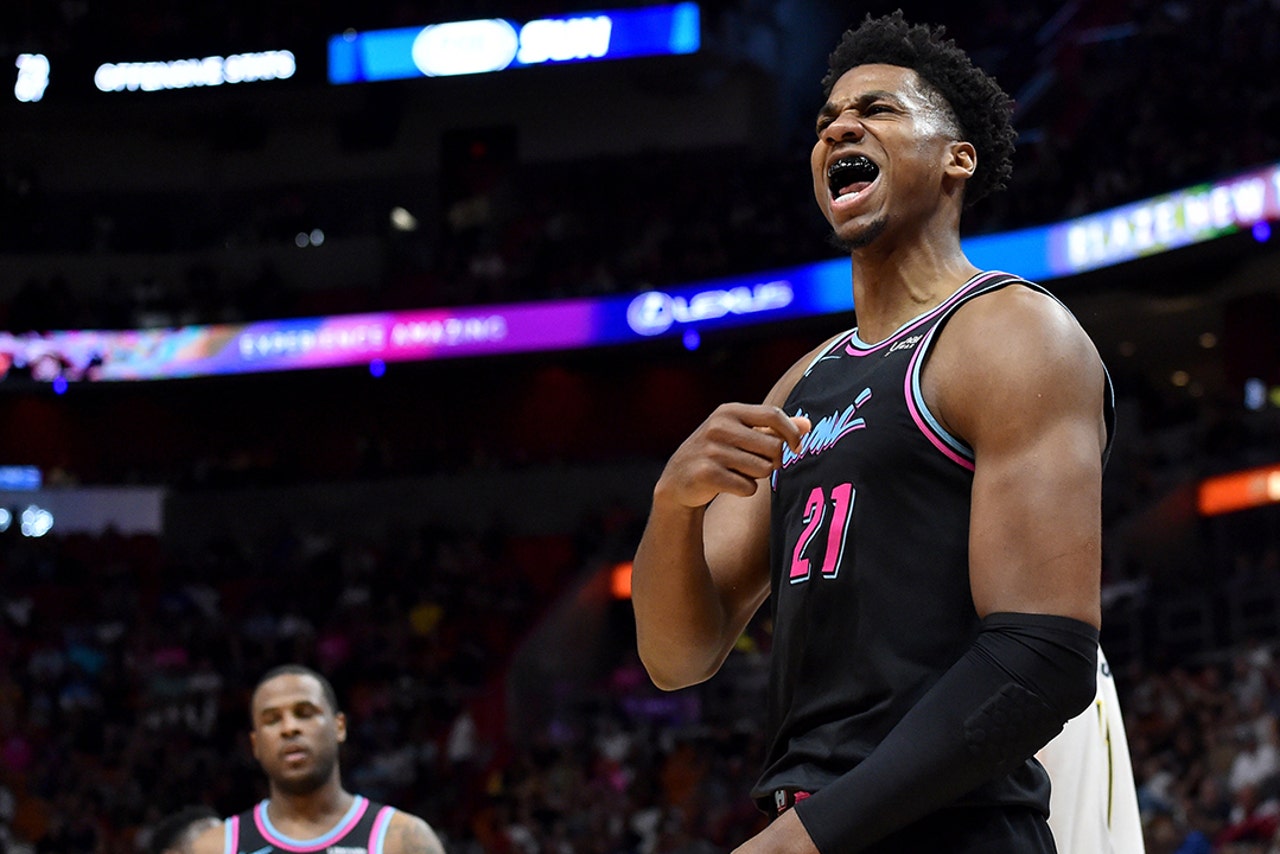 MIAMI (AP) —Dwyane Wade has missed the playoffs only twice in his career, and the Miami Heat aren't exactly looking like a sure bet to get him one more trip to the postseason before retirement.

And a struggling team has no relief in sight, either.

The Heat play their next six contests on the road, a daunting stretch that starts Tuesday in Portland then moves to Sacramento, Golden State, Denver and Dallas in the last game before the All-Star break — then Philadelphia for the first game after the break. Entering Monday's games, four of those teams rank among the NBA's top 10 this season, and those six foes have a combined winning percentage of .610.

All that comes with Miami currently having a tenuous grip, at best, on the last playoff spot in the Eastern Conference — not at all helped by losing three home games in a four-day span last week.

"We've got to figure it out, man," said Wade, the 13-time All-Star in his 16th and final NBA season. "Like I tell the guys, it is not going to get any easier. We are going on a hell of a road trip. This five-game road trip is the toughest stretch of the season."

Then again, it might be exactly what Miami needs.

The Heat are very difficult to figure out in many respects. When they boarded the plane for the six-hour flight to Portland on Monday morning, they were 25th in the NBA in home winning percentage and 26th in scoring per game, both of which are awful. They're also seventh-best in road winning percentage and third-best in points allowed per game, obviously superb in those areas.

They're also last in the NBA in free-throw shooting, but fourth-best in the league in field goal percentage defense.

"Do you want everything laid out perfectly for you in this association? No," Heat coach Erik Spoelstra said. "This league, save for maybe one team, is about is about dealing with adversity, dealing with competition, dealing with things that don't necessarily go your way and seeing how you respond to it collectively, seeing if you can become something new and something better from tough times."

The high-water mark for the Heat this season has been one game over .500 — done on three occasions, at 3-2, 19-18 and 21-20. They're on their fourth different three-game losing streak of the season.

If things don't change in a hurry, it could get much worse.

When the All-Star break ends, the Heat could get point guard Goran Dragic back following about a two-month absence for knee surgery. Derrick Jones Jr., who was becoming a key part of things for the Heat on both ends, is recovering from two bone bruises in his knee by mid-March. Help is coming, eventually.

In the short term, though, the Heat are who they are.

And Wade's playoff plans might depend on what happens over the next couple weeks, with Detroit, Washington and Orlando all within three games of the Heat for the No. 8 spot in the East.

"We're hitting up against a wall right now," Spoelstra said. "And we have to find maybe a different path instead of just trying to bang out head right through it. But no, I'm not frustrated. I'm invigorated. I want to figure this out for this team."