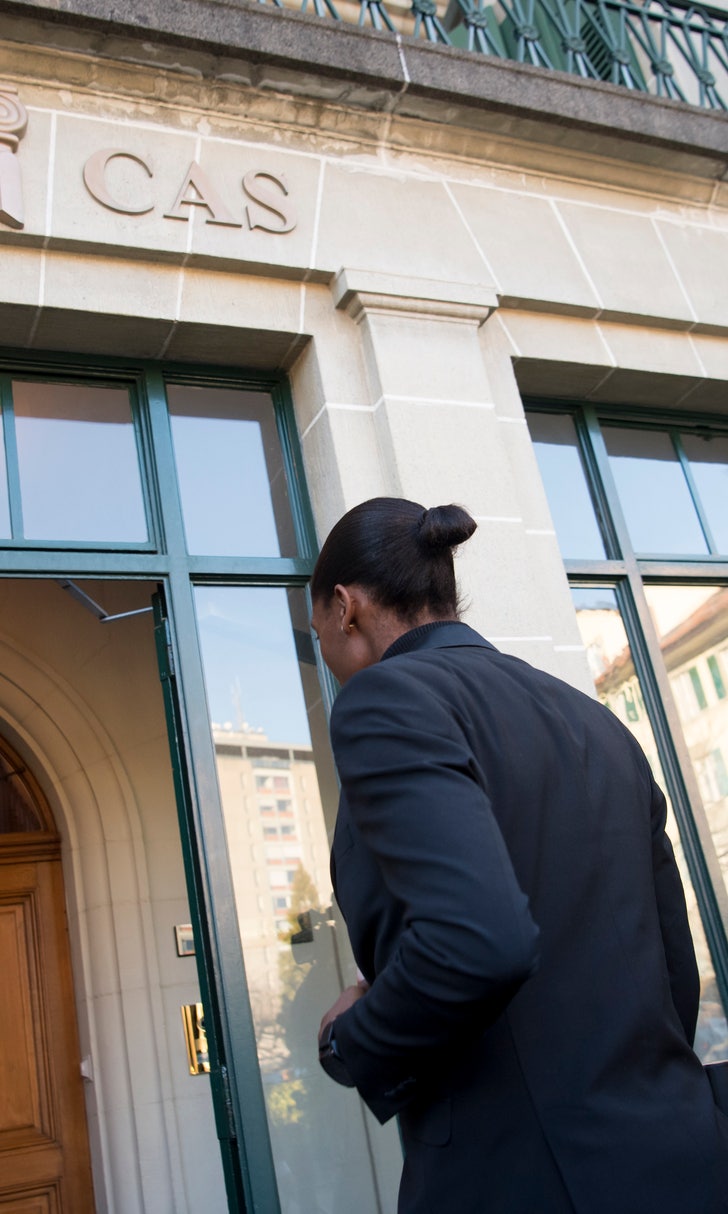 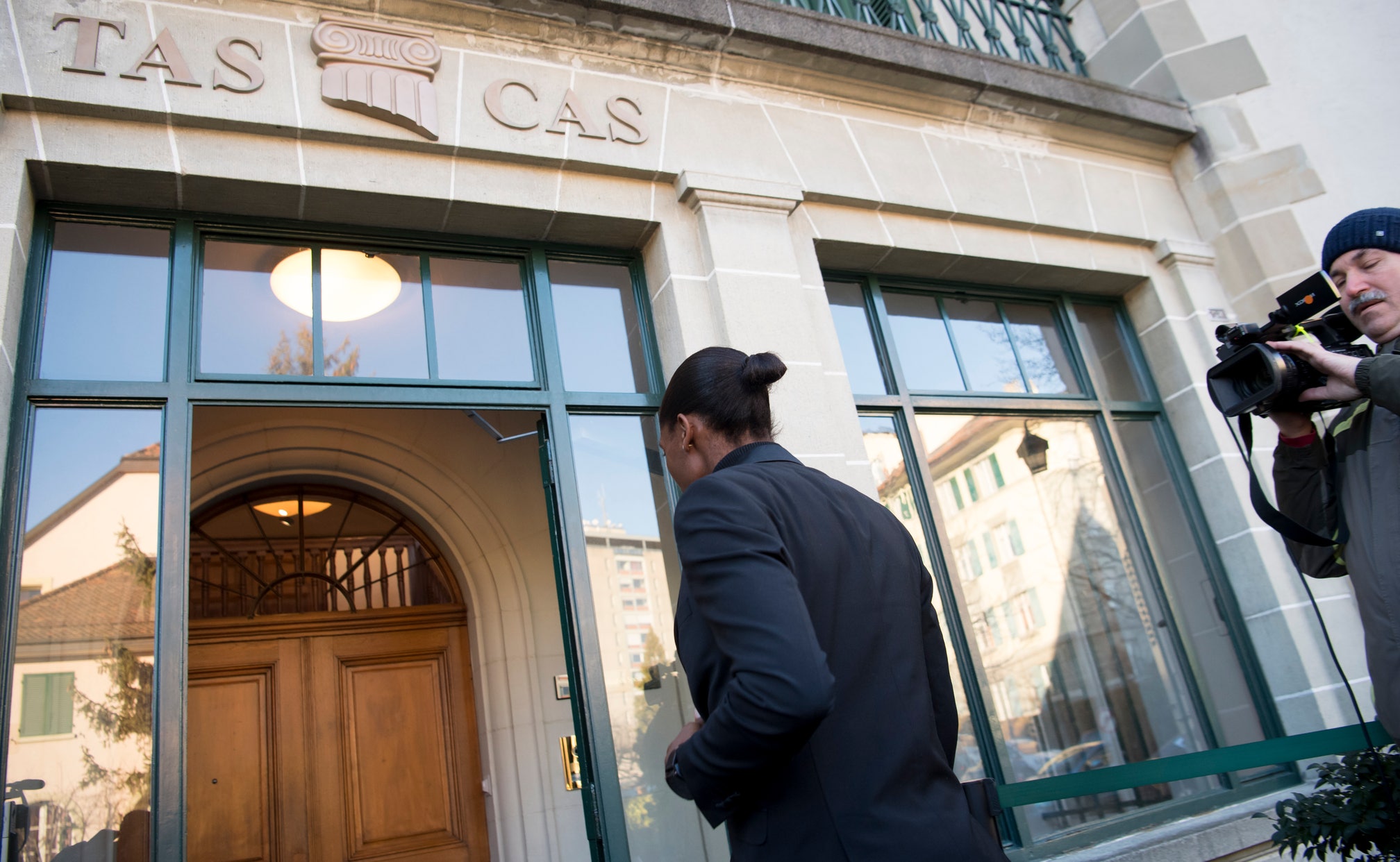 PARIS (AP) — In a Swiss court this week, the governing body of track fought to slow some athletes down.

Yup, a sports organization that celebrates human speed and which talks paternalistically about "empowering girls and women," also argues that some women athletes are so naturally advantaged that they must be rendered less athletic.

The IAAF, which governs track and field globally, dresses this aim in compassionate language and seeming sporting logic. It talks of "levelling the playing field" for women and wanting "to ensure fair and meaningful competition." But it would involve chemically hobbling some athletes, or persuading them to step aside.

Women like Caster Semenya, the two-time Olympic champion over 800 meters who is standing up to the IAAF at the Court of Arbitration for Sport.

The IAAF rules target women with rare intersex conditions, also called differences of sex development (DSD), which give them uncommonly high levels of naturally occurring testosterone. Testosterone's strength-building properties were at the center of the debate at the CAS this week .

If the IAAF wins, Semenya and other women would face a dilemma: Agree to blunt their natural strengths or give up a world-class running career in all international events from 400 meters to a mile.

Our way, the highway, or race against men.

The IAAF says the solution for DSD athletes who exceed its proposed testosterone limit — applicable only in women's events, by the way — could be as simple as a daily pill.

"The treatment to reduce testosterone levels is a hormone supplement similar to the contraceptive pill taken by millions of women around the world. No athlete will be forced to undergo surgery," the IAAF's health and science director, Stephane Bermon, assured when the governing body published the latest iteration of its testosterone rules for DSD athletes last April.

Yet a big difference is that these women wouldn't be freely medicating to avoid pregnancy, but because they otherwise wouldn't be allowed to run in the affected events, which include Semenya's signature 800-meter race, at the Olympics, world championships and Diamond League events.

And the IAAF process wasn't so simple for a coach who worked with an affected athlete who competed at the Rio Olympics. The coach discussed her ordeal in detail at the time with The Associated Press , on condition they both not be identified to preserve her privacy. The coach's account and IAAF correspondence on the case obtained by the AP lifted the veil on the difficult decisions that would still be shrouded in secrecy, ostensibly for reasons of athlete privacy, under the IAAF's since revised rules.

The woman's coach said the treatment prescribed to her for what the IAAF described as "abnormally high" testosterone levels caused weight-gain and side effects, including making her smell "awful," sweaty and dirty, even though she stayed clean and wore deodorant and perfume.

But her desire to compete was overwhelming.

"She said, 'Since I love this sport, I'll take the medicine,'" the coach said.

He said the process was months-long and involved trips to foreign clinics for tests. He also said he helped talk her out of irreversible surgery that was offered as an alternative, telling her: "We can't take this risk; cut things off that God gave you."

All this just to run.

In what smacks of fear-mongering, the IAAF paints a doomsday picture of women's elite middle-distance running collapsing without its proposed rules, saying: "We risk losing the next generation of female athletes, since they will see no path to success in our sport."

But where's the solid evidence? In Semenya's native South Africa and around the world, many fans see her as a heroine.

How many more women would be impacted if the rules are upheld isn't clear. According to a previous CAS ruling there were more than 30 such cases under the previous IAAF regulations that the court suspended in 2015, following a challenge from Indian runner Dutee Chand.

The court did so because it wasn't convinced that testosterone gives DSD women a significant performance boost.

If the rules are upheld and work as the IAAF intends, and as its experts say they will, the women will be slowed. In the name of fairness for many, unfairness would be done to the few.

That's a measure to protect Semenya's sport? Seems more like a scenario that could only diminish it.