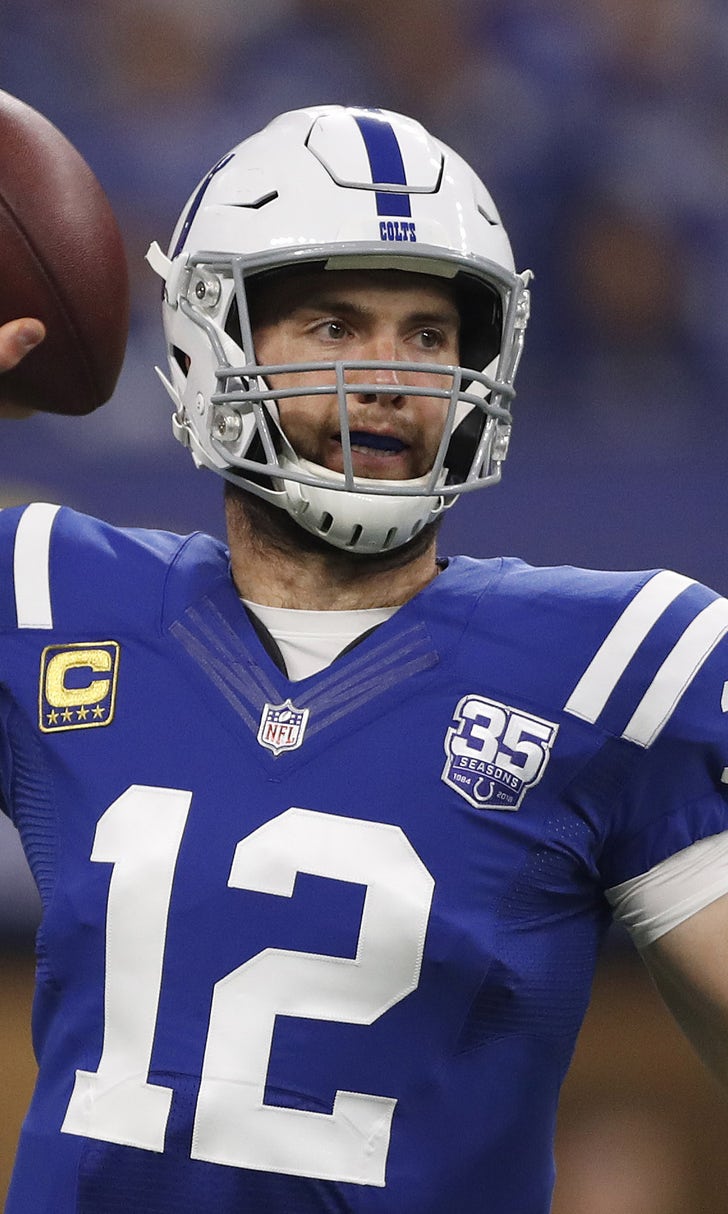 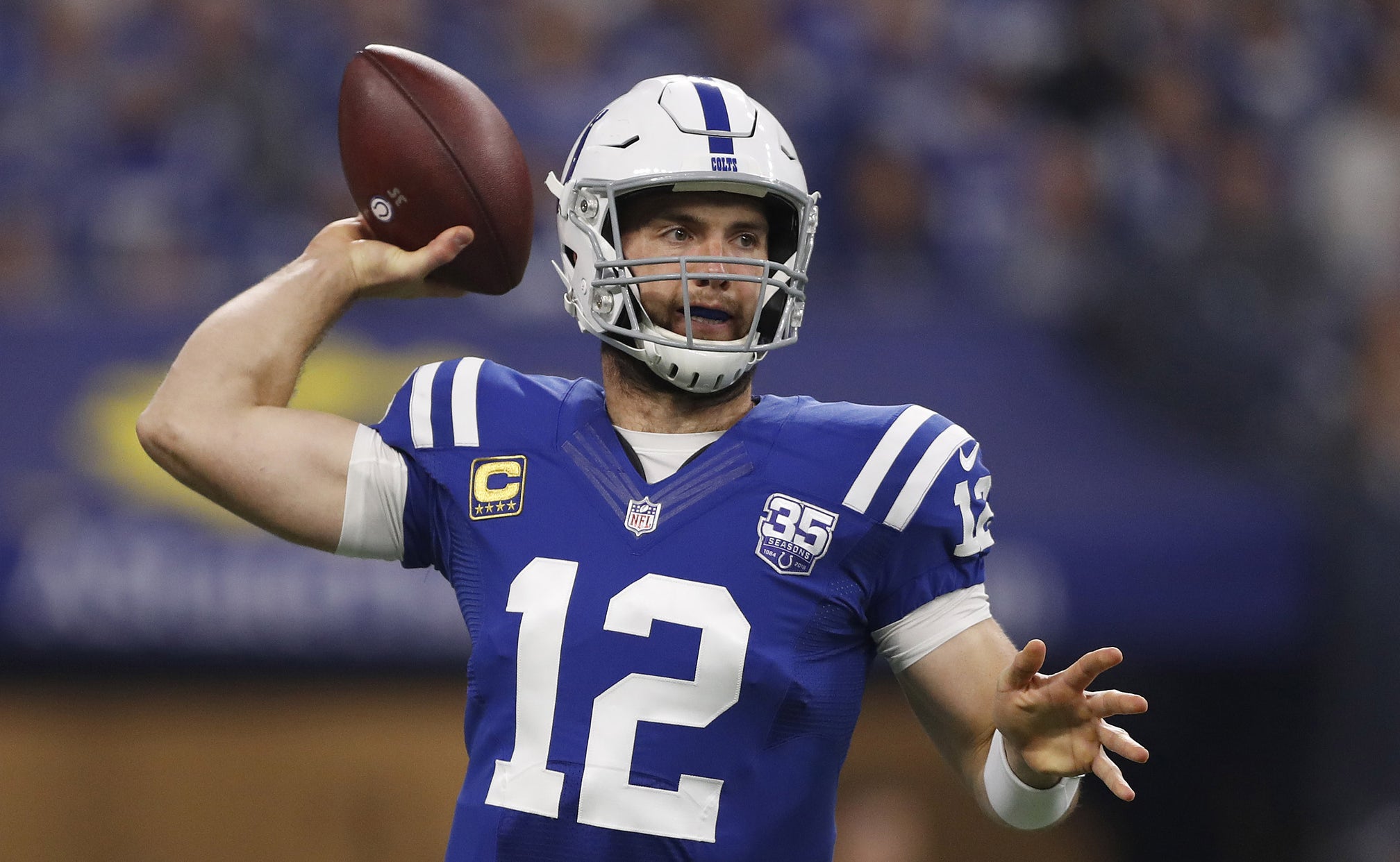 Colts, Cowboys enter matchup in Indy with a head of steam 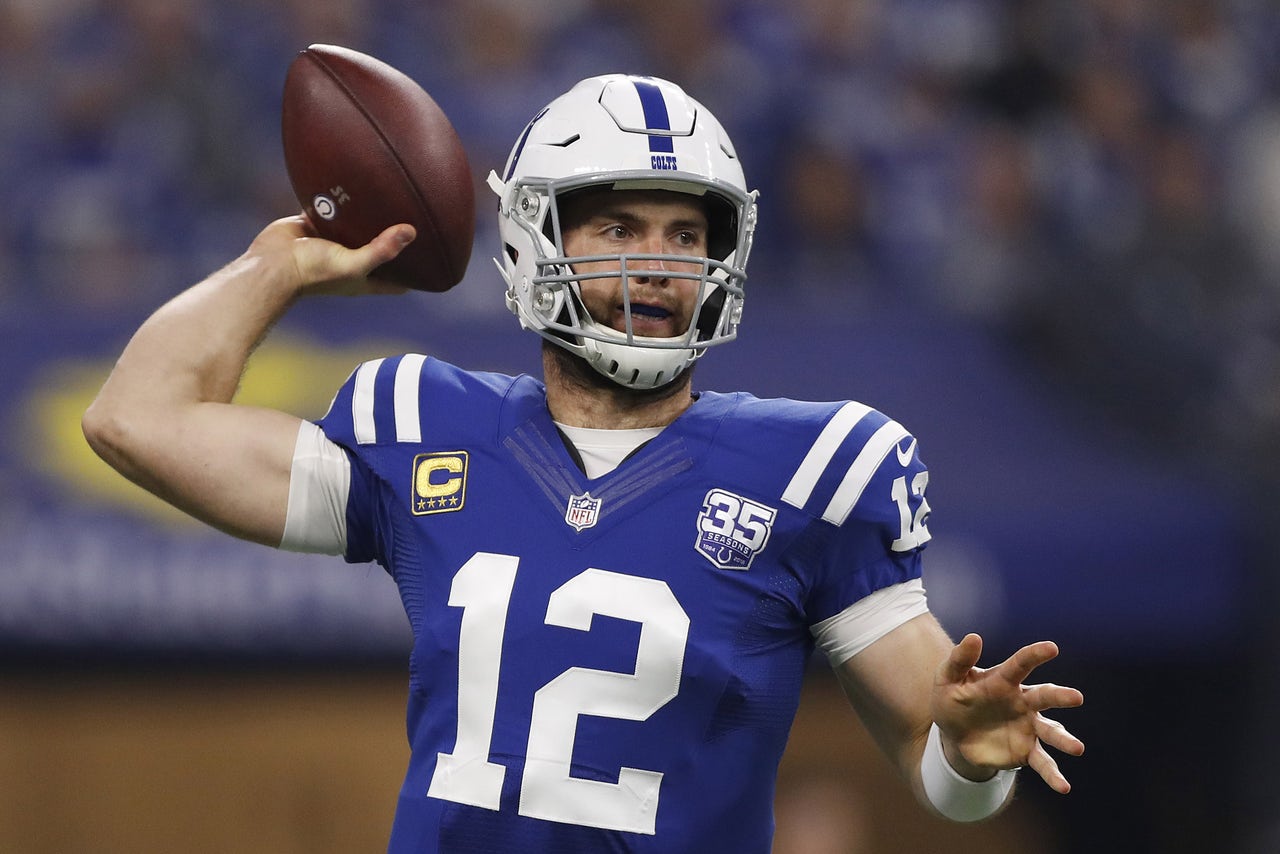 If Dallas wins, it clinches the NFC East. If Indianapolis wins, it stays in the hunt for the AFC's final playoff spot and possibly even a division crown.

The two coaches and their players will get one more precious late-season chance to see how they stack up against another postseason contender.

"Most people call this the dash for cash," Colts tight end Eric Ebron said. "So you just try to win."

Rather than folding after starting 1-5, Andrew Luck and Co. turned things around with six wins in seven games and tying Baltimore, Miami and Tennessee for the No. 6 seed in the AFC playoff chase.

This time, Luck also is working with an improved defense that has allowed 17.1 points per game over the past seven weeks and ranks among the league's top third in sacks and negative plays. The combination has upped the ante for Indy's opponents.

Dallas also made a dramatic midseason turn. After starting 3-5, the Cowboys made a deal for receiver Amari Cooper and everything suddenly changed.

Running back Ezekiel Elliott has charged back into the NFL rushing lead and quarterback Dak Prescott started making more potent plays. Dallas' defense has climbed to No. 4 in yards allowed.

People around town believe the Cowboys could win their first divisional-round game since the 1995 playoffs — if they make it.

While much of the focus this weekend will be on high-profile offensive stars such as Luck and Prescott, rookie linebackers Darius Leonard and Leighton Vander Esch will play big roles, too.

The league's official stats show Leonard leading the league with 135 tackles despite missing one game with an injury. Vander Esch has played well, too. The Cowboys credit him with 136 tackles, tied for the franchise's rookie record, while league stats show him with 108 — tied for No. 6 overall and second among rookies to Leonard.

While Colts starting center Ryan Kelly could return after missing three straight games with a sprained medial collateral ligament in his left knee, Cowboys right guard Zack Martin will miss a game for the first time in his career in what would've been his first trip to his hometown.

Martin, a four-time Pro Bowler and 2014 All-Pro, sprained the MCL in his left knee during the preseason and left both games against defending Super Bowl champion Philadelphia after aggravating the injury. He returned to the first Philadelphia game, but didn't come back in last week's victory.

Kelly, meanwhile, was limited in practice Wednesday. He said he hopes to play through the pain with a brace. Before he was injured, the Colts allowed one sack in six games. Indy has given up six sacks in the three games he missed.

Cowboys linebacker Sean Lee practiced this week for the first time since leaving a game Nov. 5 against Tennessee with his second hamstring injury this season.

He could rejoin the linebacker rotation Sunday. If he does, the focus will be on how it works.

Vander Esch and Lee play the same position and 23-year-old Jaylon Smith, a former Notre Dame star, also played well this season. The two youngsters have embraced playing big roles while Lee, a 2014 All-Pro choice, was on the mend.

Luck will wear shoes bearing Indianapolis' renowned Riley Hospital for Children, which he has worked with since being drafted No. 1 overall in 2012.

Three players — Leonard, linebacker Anthony Walker and safety Mathias Farley — are using their cleats to draw attention to the Edwin Jackson 53 Foundation. Jackson, a Colts linebacker, was killed in a traffic accident in February.

Texas-Sized Drama
The crisis for the Cowboys has spilled off the field, as anonymous players have now taken the coaching staff to task.
2 days ago

A Perfect Storm
A backup quarterback. Costly turnovers. Defensive capitulation. Anything that could go wrong for the Cowboys on Monday, did.
3 days ago

Cowboys Drop The Ball Against Cardinals
A nightmare season for Dallas continued on Monday Night Football, as Arizona capitalized on multiple miscues for the win.
4 days ago
those were the latest stories
Want to see more?
View All Stories
Fox Sports™ and © 2020 Fox Media LLC and Fox Sports Interactive Media, LLC. All rights reserved. Use of this website (including any and all parts and components) constitutes your acceptance of these Terms of Use and Updated Privacy Policy. Advertising Choices. Do Not Sell my Personal Info