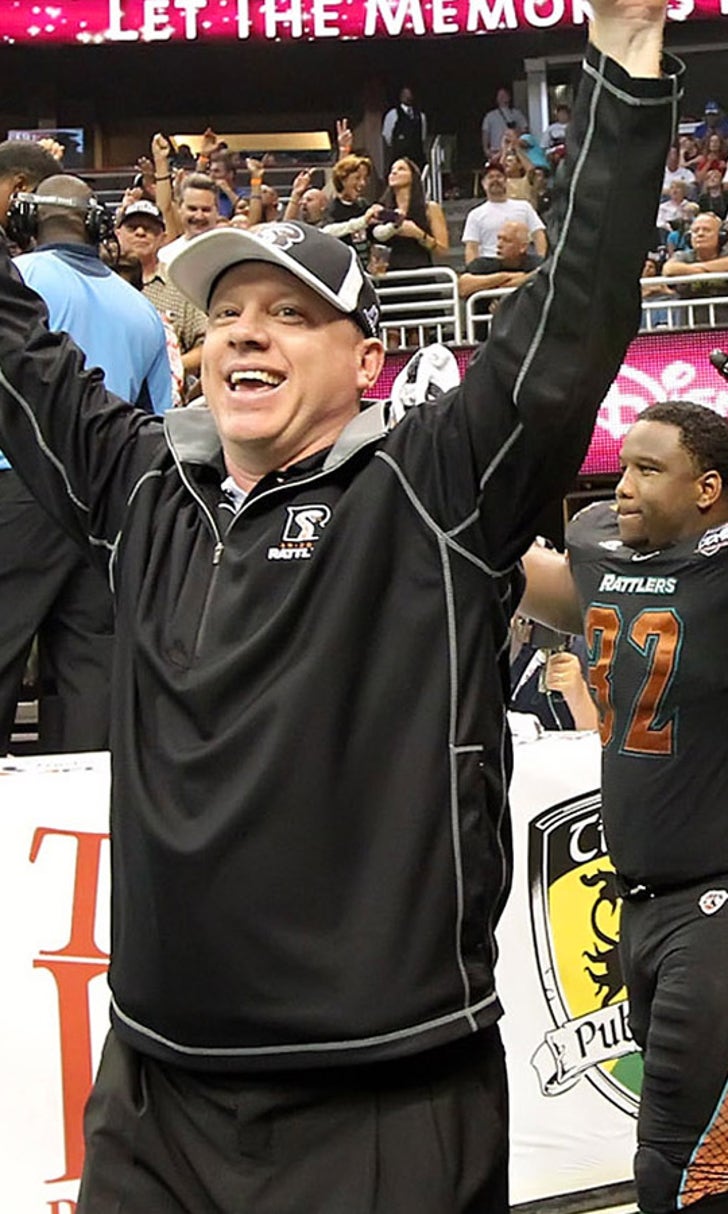 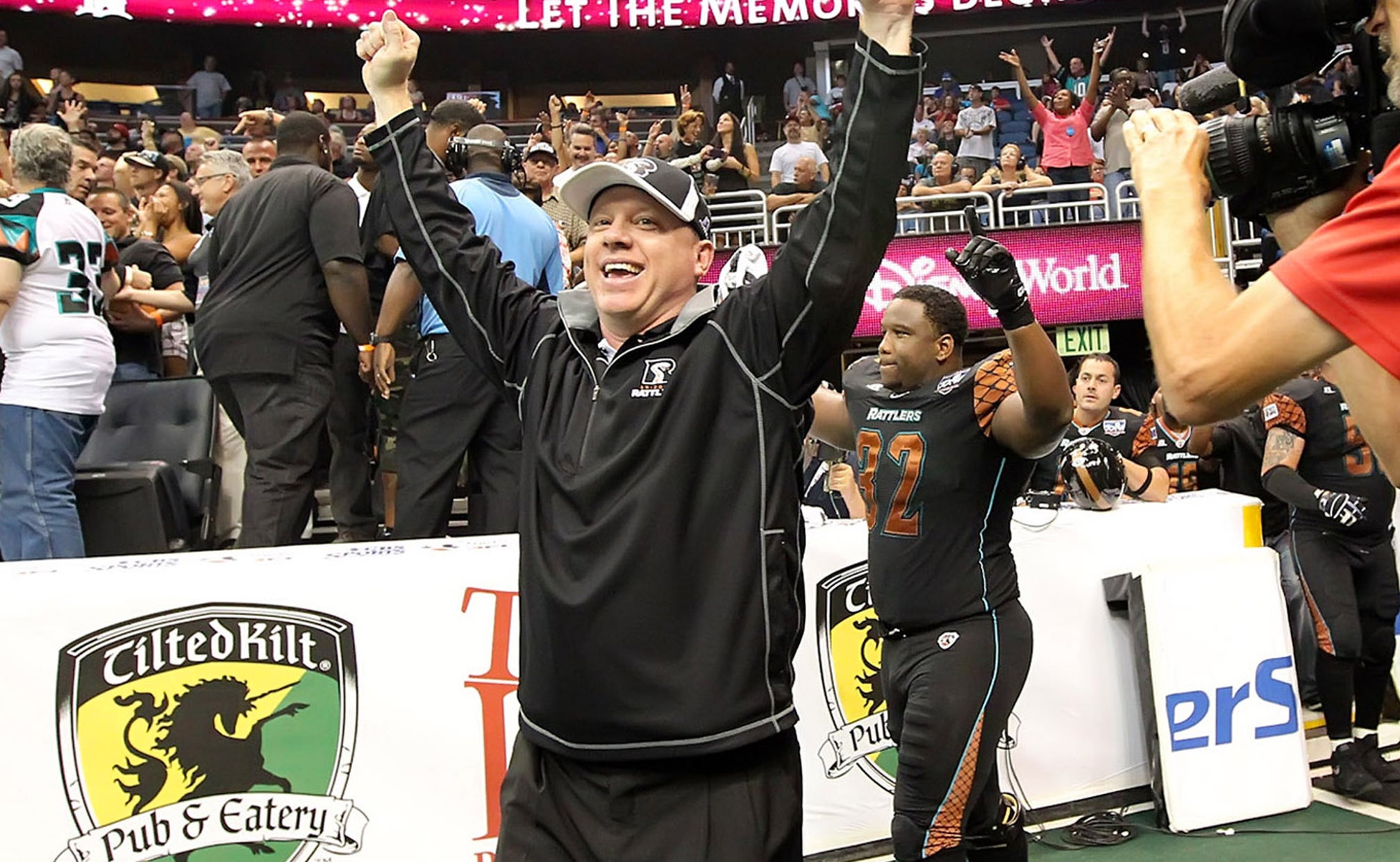 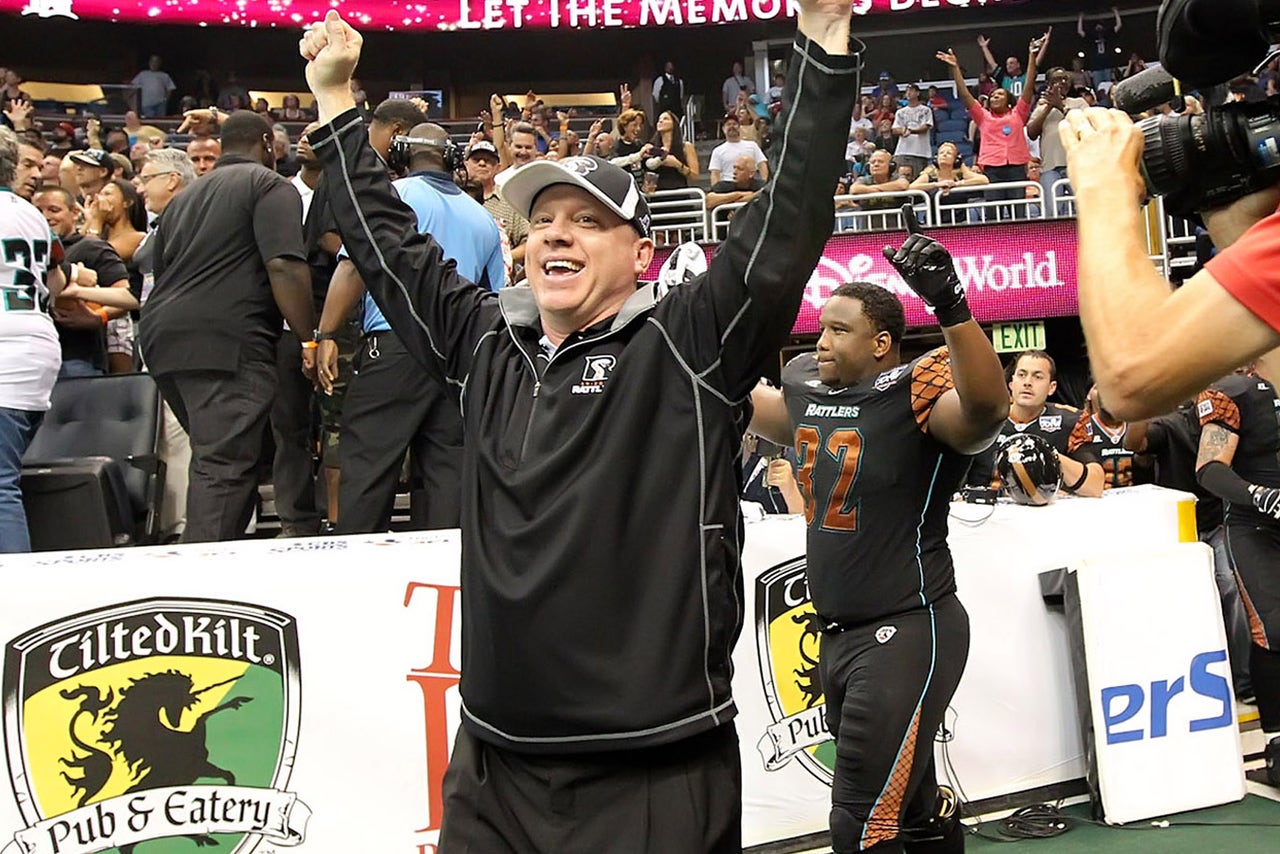 PHOENIX -- The Arizona Rattlers have announced the signing of Kevin Guy to a two-year contract extension, which will keep the general manager and head coach at the helm of the Arena League champions through the 2016 season.

"I'm very pleased to be continuing with the Rattlers," Guy said. "My family and I are very happy in Arizona. It has become home to us. We will continue to build on the tremendous success that we have enjoyed to this point -- success that has transcended the football field."

In 2014, Guy became the first coach in AFL history to reach the championship game in four consecutive seasons while leading Arizona to a third straight title, a 72-32 decision over the Cleveland Gladiators in ArenaBowl XXVII. The victory also moved Guy into a tie with the late Tim Marcum as the only coaches in League history to have won three titles in a row.

Guy ranks seventh on the AFL's all-time coaching list with a 78-30 regular-season record, needing only five more victories to pass Jay Gruden (82-54), now coach of the NFL's Washington Redskins, for sixth place. Guy's .722 regular-season winning percentage ranks No. 1 among the League's active coaches, and he owns the top spot in postseason winning percentage (11-3, .785).