The stars were out on Monday as Spike Lee and Jesse Jackson were in the house for the marquee Clippers versus Bulls headliner.

Chicago stars Derrick Rose and Pau Gasol were also out but with injuries, taking much zip out of the matchup. Still, the Clippers couldn't take advantage, and the Bulls rallied for a 105-89 victory in front of a sellout crowd of 19,319.

This Clippers' roller-coaster season of ups and downs hit a major speedbump as the arena was filled with "Let's Go Bulls!" chants and loud cheering for Jimmy Butler and Taj Gibson dunks.

It was almost like playing in Chicago, except for the sunshine and all.

In the final two minutes, Clippers fans were exiting, leaving a clapping Joakim Noah to get Bulls fans riled up.

"It's not the first time," Paul said. "I've played in other places where it's been like that."

It's also no secret that the Clippers are struggling to find their identity. Just two days earlier, the Clippers (5-4) were rolling and having fun in a 13-point win over Phoenix. The Clippers were dominant in the third quarter of that game, outscoring the Suns, 42-20. That third quarter success gave them the best vision of the championship-caliber team they figured they'd have when the season started.

And then another regression for the Clippers.

This time, the third quarter was bleak for the Clippers, who were outscored 31-14. The Clippers missed 12 of 17 shots and had five turnovers. Chicago was making shots and getting stops and turned a 14-point deficit into a 15-point lead after three quarters.

"I don't remember a big turn like that for a while since I have been in the league," Paul said. "It happened quick. We were up 14 and could have been up 20 and they came back and cut it to 2 at halftime. It was us who did what they did in the third quarter last game."

The flashes of success and failure leave many unanswered questions for the Clippers, who have essentially the same team from one season ago that made the Western Conference semifinals. The Clippers can't seem to negotiate a consistent offensive and defensive presence.

"It's not like we're panicking in there," Blake Griffin said. "There's a sense of urgency, but we'll have to figure it out."

Griffin started the game by making his first four shots, all outside jumpers and the Clippers ran out to that early lead. Chicago closed the gap just before halftime. The lane seemed to close for the Clippers, who weren't as aggressive in the second half.

"... We have not really gotten to the point of where we were last year," Griffin said. "It is not a thing where we have to sit back and point fingers. We just need to go out and do better and trust in the process." 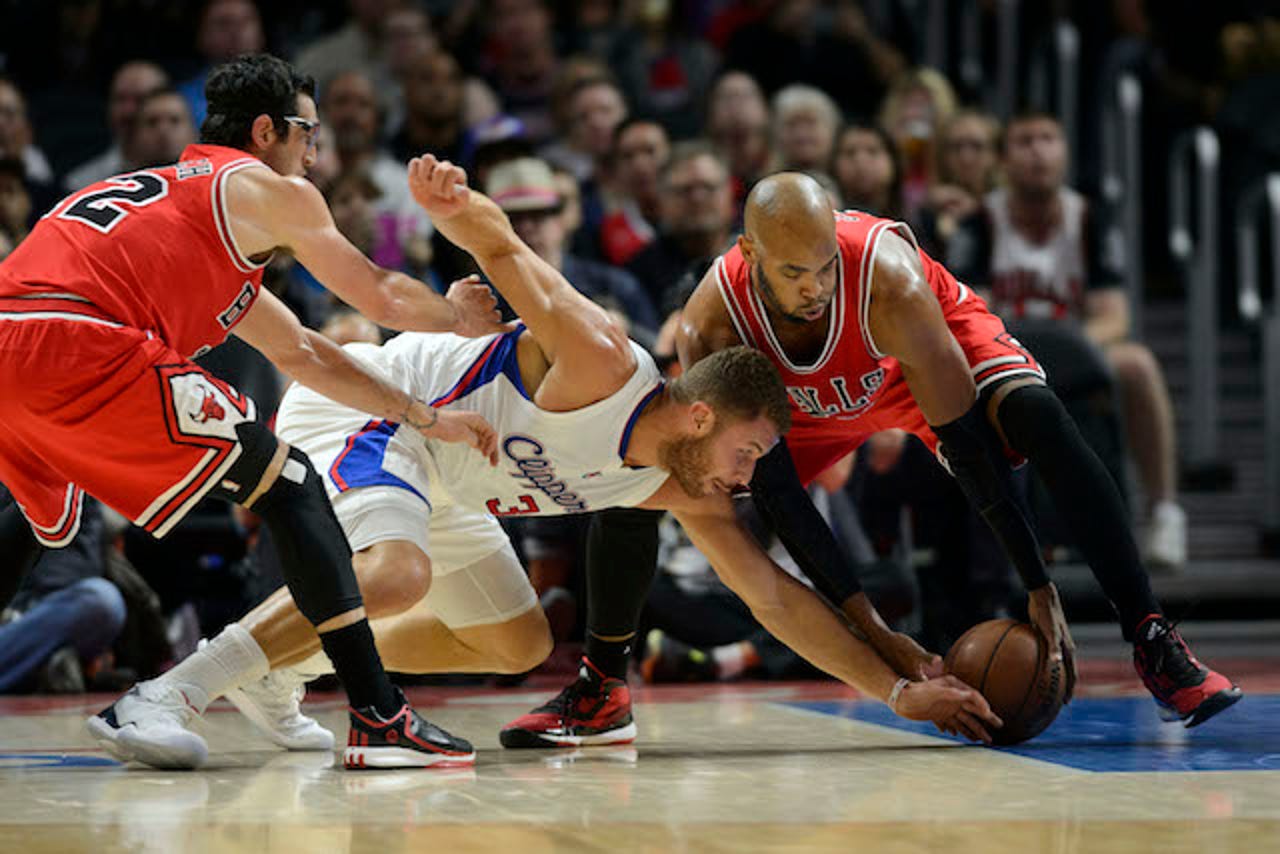 Jamal Crawford had a 24 points off the bench, and Griffin added 19.

Chicago played well without its stars. Rose has missed six of the 11 Chicago games this season, and the Bulls are 8-3. Monday was the first game Gasol missed.

They worked the ball offensively, and Jimmy Butler and Joakim Noah were aggressive inside. Chicago scored 36 points in the paint and outrebounded the Clippers, 45-40. Butler scored 22 points and Taj Gibson added 20 points. Noah had a double double with 11 points and 16 rebounds.

The Clippers must try to work out the early-season kinks on the road. They leave for a monster roadtrip in which they play seven games in 12 days, spanning the Thanksgiving holiday.

"I thought the way we ended right before halftime is what changed the game," Doc Rivers said. "It gave them hope and they felt like they had a shot to win the game. After the half, Chicago was the tougher team."