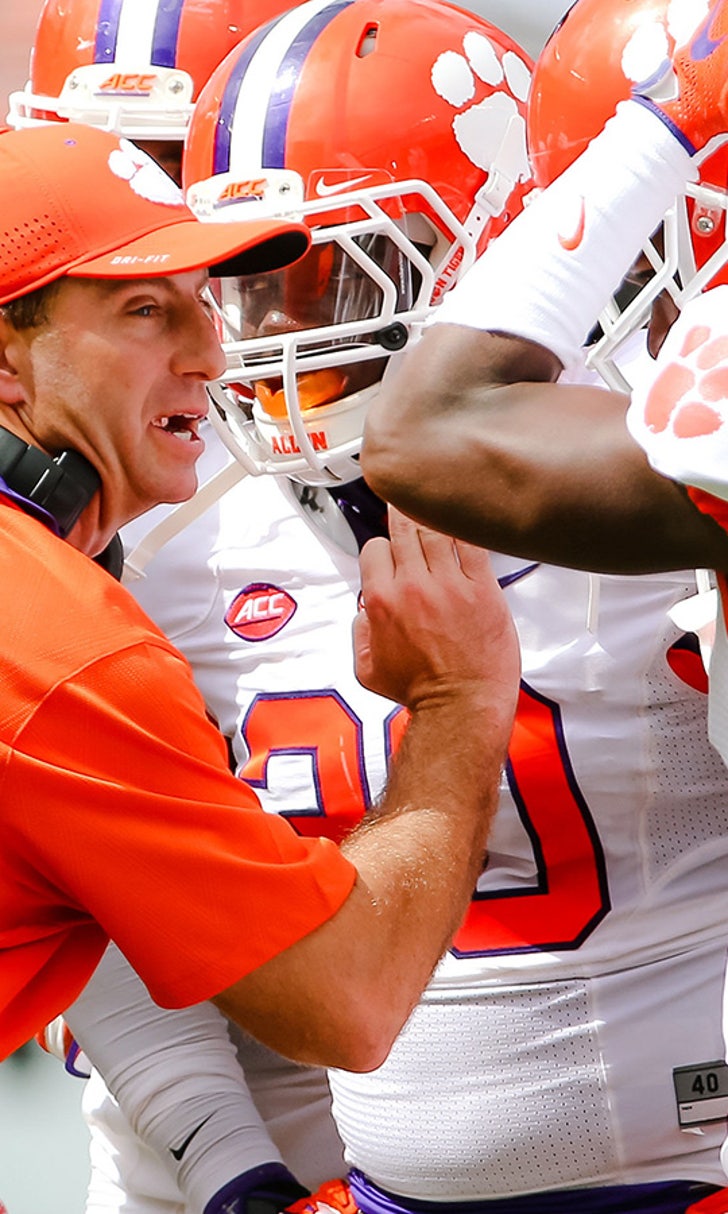 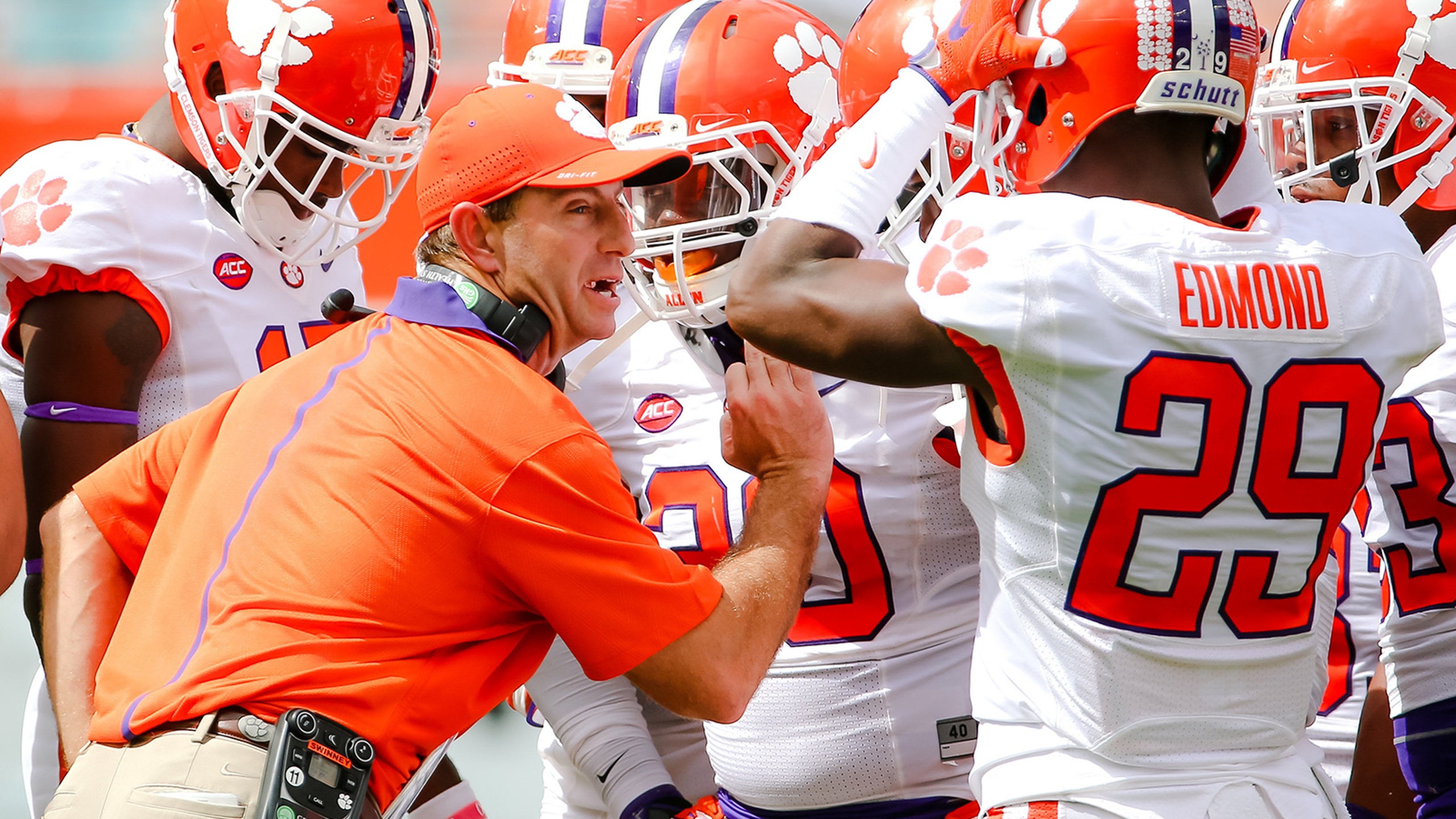 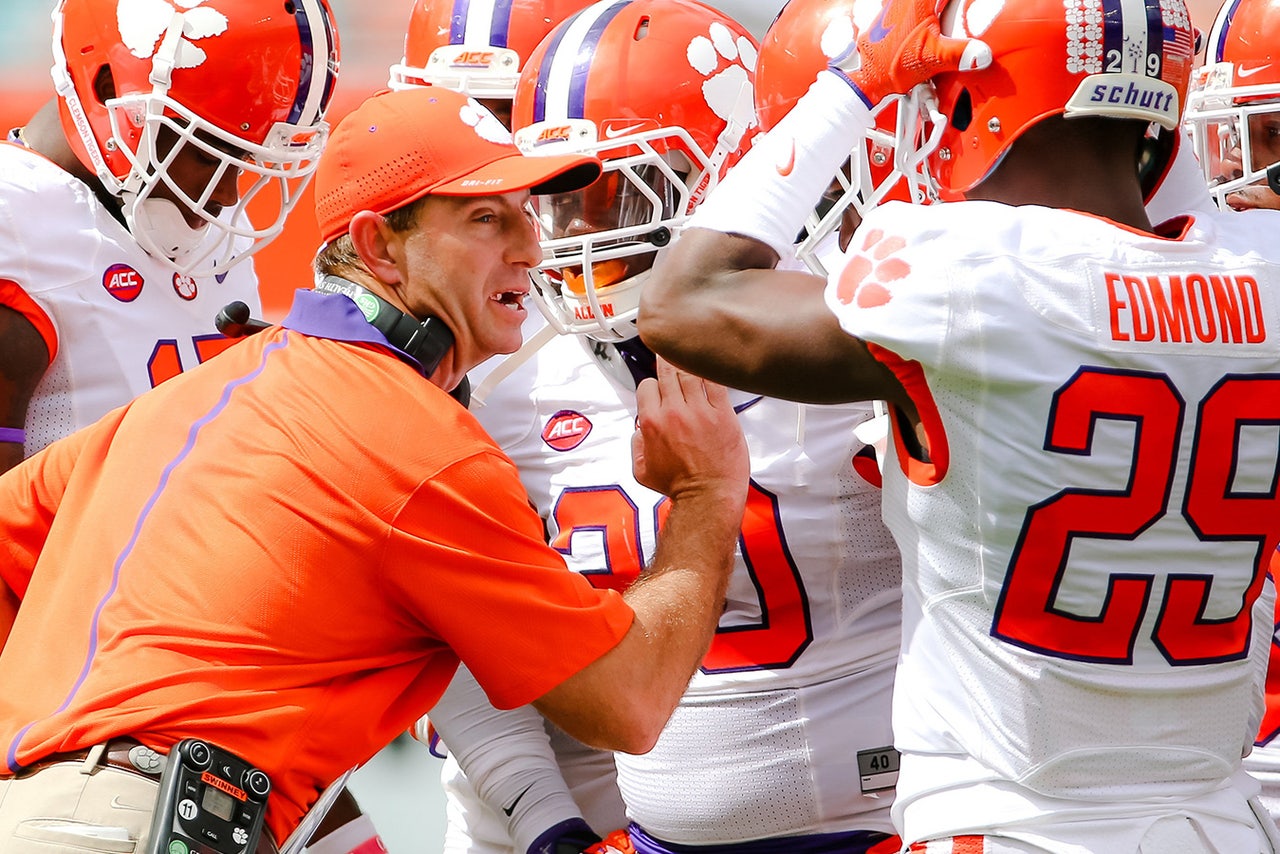 Clemson will go into the ACC's biggest regular-season matchup sitting atop the college football world.

The Tigers were No. 1 in the initial College Football Playoff rankings, followed by LSU, Ohio State and Alabama.

"All I would say is I'm proud of our team because we are 8-0, and that's all good," Tigers coach Dabo Swinney told ESPN. "This poll right here is simply based on potential. Potentially we have a chance to be in there."

Florida State, who Clemson hosts on Saturday night, was the only other ACC school ranked in the Top 25, coming in 16th.

The selection committee was more enthralled with the Tigers than either the writers or coaches, as Clemson is third in the AP poll, where it received six first place votes, and fifth in the Coaches Poll with two No. 1s.

But a resume that includes a win over Notre Dame, which was fifth in the rankings, won out. The Tigers have played the 26th-toughest schedule so far, with only No. 20 Mississippi State (20th) and No. 18 Ole Miss (25th) having harder roads among teams to make the initial CFP's Top 25.

"I think the quality of their victories and certainly the Notre Dame victory at home," said CFP committee chair Jeff Long said at the poll's release. "But they have four teams that better than a .500 record that they have defeated. That combined with an offense and a defense that are very strong on both sides of the ball so I think that is what won the day in the committee's eyes for the number one ranking."

Of course, being atop the first rankings didn't mean much a year ago.

Mississippi State led the initial CFP release, followed by Florida State, Auburn and Ole Miss. Only the Seminoles wound up making the playoff, while the eventual national champion Buckeyes were 16th.

"I think it is just a sign we have had a great season to this point," Swinney said. "I certainly think we should be in the conversation regardless of what the ranking is.

A win over Florida State will help the Tigers' chances of keeping that No. 1 spot next week, but after that, the opportunities to impress the selection committee will dwindle.

There isn't another ranked opponent on the schedule, and Clemson's best hope may be that North Carolina keeps winning to set up a potential unbeaten vs. one-loss conference title game.

The Tar Heels (7-1) are 21st in the AP poll and sit atop the Coastal Division at 4-0. They can all but clinch a trip to Charlotte by beating Duke on Saturday.

A win over Florida State, against whom Clemson is favored by 14 points, will give it the Atlantic Division.

Playing the Field
If Gonzaga and Baylor aren't the best bets to win the NCAA title, who is? Jason McIntyre shares his five favorites.
February 26