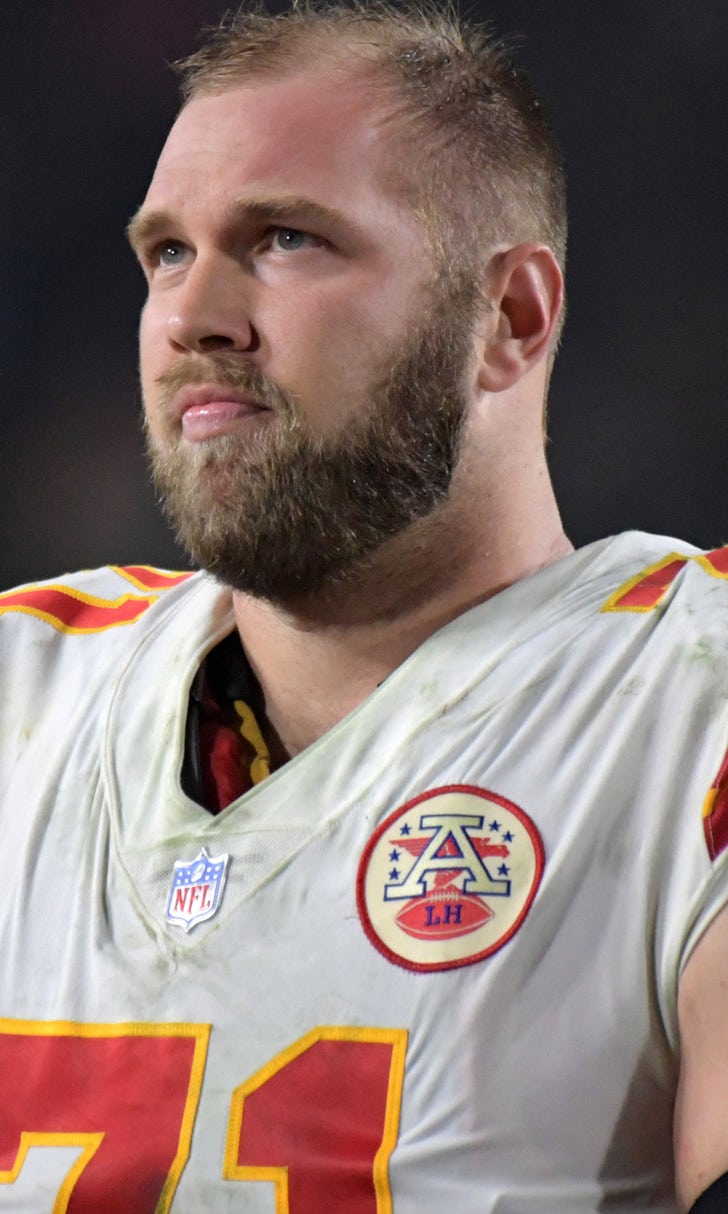 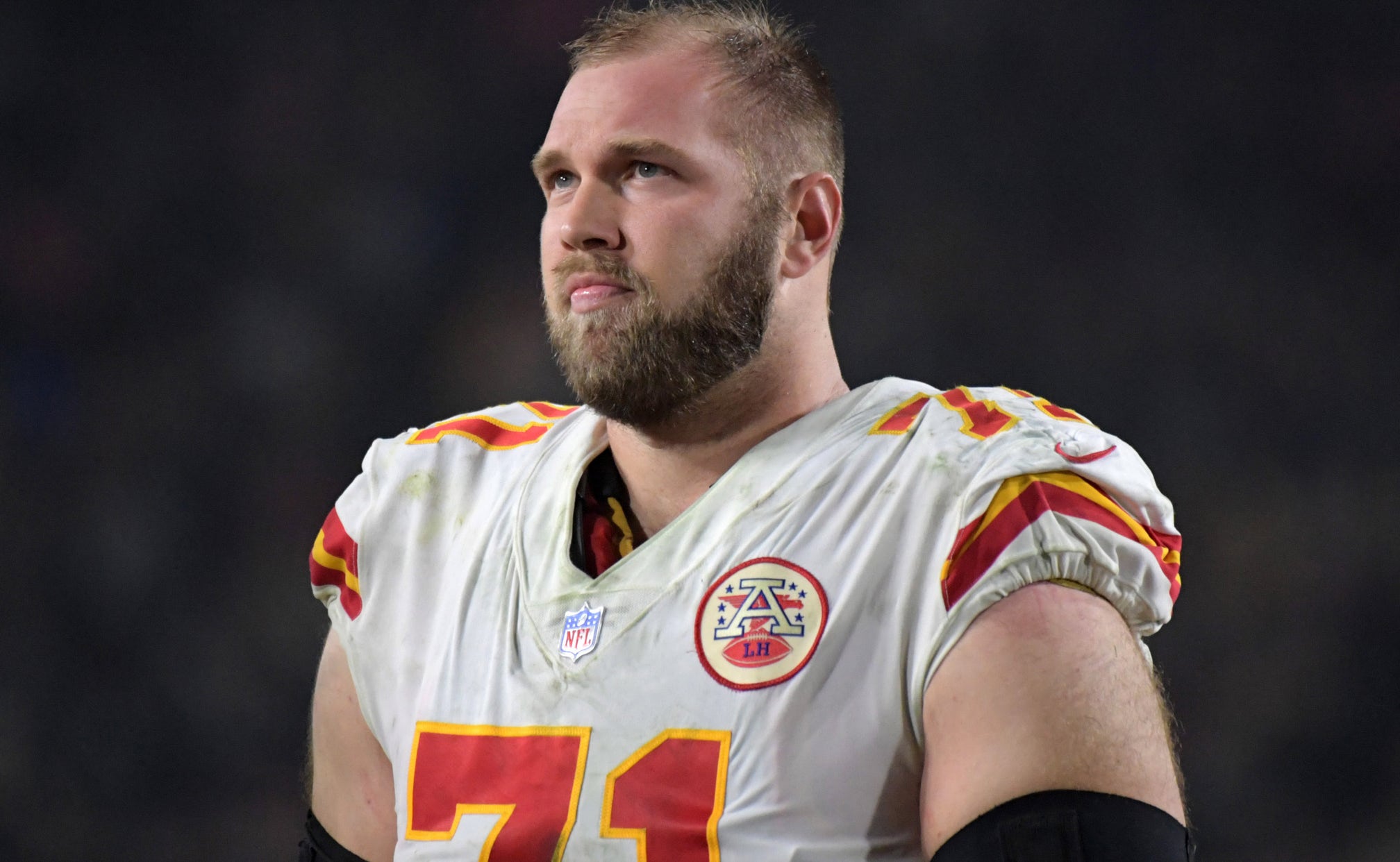 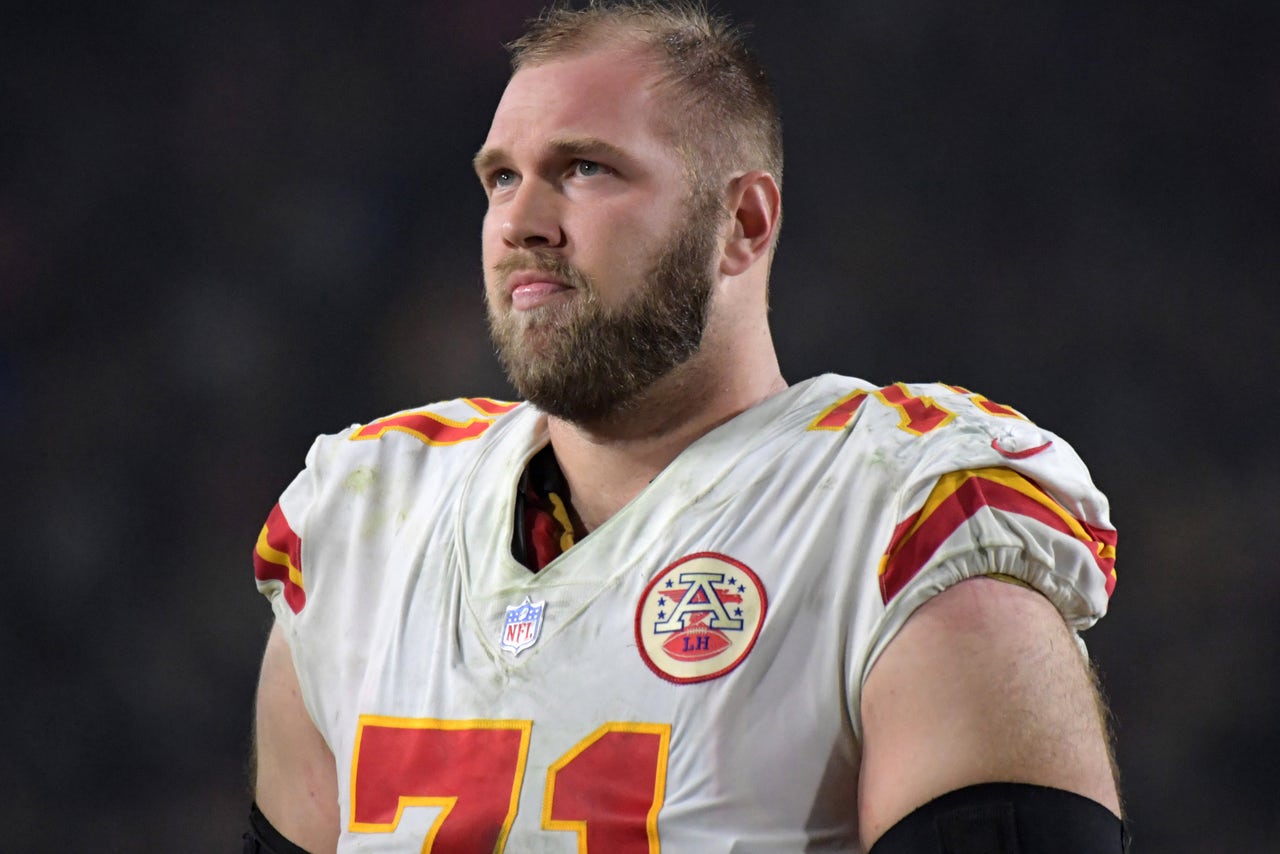 Right tackle Mitchell Schwartz is 'making progress' and could play this week, though he isn't practicing.

KANSAS CITY, Mo. — Chiefs coach Andy Reid delivered some promising news Wednesday when he rattled off the list of players who wouldn't be practicing for this weekend's trip to Seattle and running back Spencer Ware and offensive lineman Cam Erving were missing.

"No, Mitchell," he replied.

Well, so much for a promising injury report.

Reid indicated the Chiefs' stalwart right tackle hurt his knee in last week's fourth-quarter collapse against the Chargers, which prevented the Chiefs from clinching the AFC West and the AFC's top seed, but also put even more pressure on the team in Sunday night's game against the Seahawks.

Reid did say Schwartz was "making progress" and could play against Seattle.

"I mean, to me, he's one of, if not the best right tackle in the league," Chiefs quarterback Patrick Mahomes said of Schwartz, who was voted a Pro Bowl alternate this week. "He's had a ton of success for a long time. It was disappointing him not making it (as a starter)."

Reid also said Kendall Fuller could play against the Seahawks, even though the Chiefs' top cover cornerback played through a fractured hand against the Chargers. Fuller had a minor procedure to fix the damage and was wearing a soft cast around his right wrist in the locker room Wednesday.

Wide receiver Sammy Watkins also remained out as the Chiefs resumed workouts in earnest for the first time in a week, though Kelvin Benjamin continues to take on a bigger role in the offense.

The biggest help on that side of the ball might be the return of Ware and Erving.

Ware hurt his shoulder and hamstring a couple of weeks ago against Baltimore, and he was inactive for the game against the Chargers. Combine that with the release of Kareem Hunt earlier this season and the Chiefs were down to journeyman Damien Williams, Darrel Williams and Charcandrick West.

Damien Williams wound up flashing the most promise, running for 49 yards and two touchdowns while showing some ability in the passing game.

In fact, he performed so well that Reid indicated he would likely share some of the load with Ware, who had been the Chiefs' clear-cut No. 1.

The return of Erving helps to solidify an offensive line that has managed to weather injuries to just about everyone. Mitch Morse missed time with a concussion before returning to his center job, and right guard Laurent Duvernay-Tardif remains on injured reserve with a broken leg.

Now, Schwartz is being held out of practice with a knee injury.

The injury outlook is a little rosier on defense, even with Fuller's status for the Seahawks in question. Strong safety Eric Berry came out of his season debut against the Chargers in good shape, and 10 days between games means it's possible he could play the entire way Sunday night.

The defense struggled against Los Angeles in the second half, when Berry went to the bench as planned. And he was sorely missing as the Chargers rallied for two late TDs and the win.

"We'll see how that goes. He'll continue to increase time and we'll see how that disperses out there and what the plan will be for this coming week," Reid said. "The positive was that he came out feeling good. He was sore. He hadn't played in a long time."

NOTES: The Chiefs had six players voted to the Pro Bowl this week: Mahomes, TE Travis Kelce, FB Anthony Sherman, WR Tyreek Hill, LB Dee Ford and LT Eric Fisher. "Huge honor," said Fisher, a former No. 1 overall draft pick, who will be going for the first time. "I got Mom and Grandma in town and they were all excited. You get the texts, the phone calls from the people that have been behind you from Day One. It's a dream come true." ... Schwartz wasn't the only Pro Bowl snub. DE Chris Jones did not make the team, though he was listed as an alternate. "They're both great football players," Sherman said, "and if we could have voted for our own guys, we would have."

MVP Watch: Brady Enters Fray
Russell Wilson has a firm lead in the MVP race, but a three-time winner with an unrivaled pedigree is creeping up the list.
4 days ago

NFL's Top Plays Of Week 7
Sunday's slate featured some of the wildest endings in recent memory. Here are the biggest moments from Week 7.
6 days ago