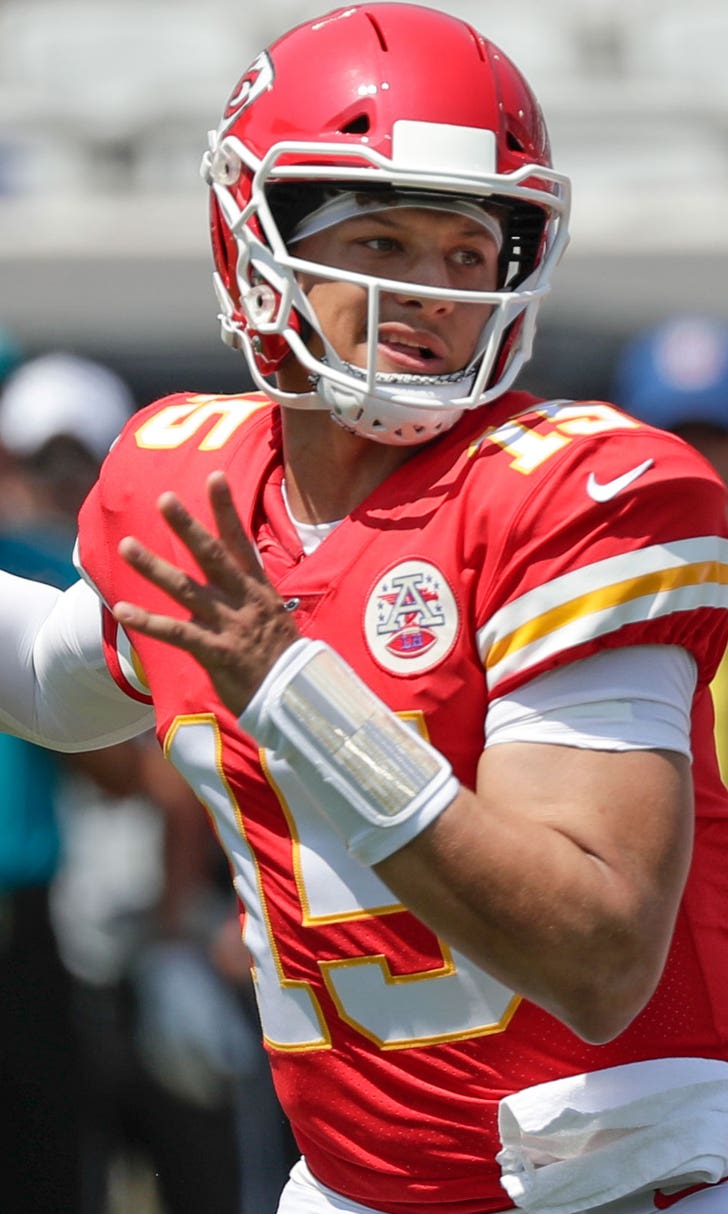 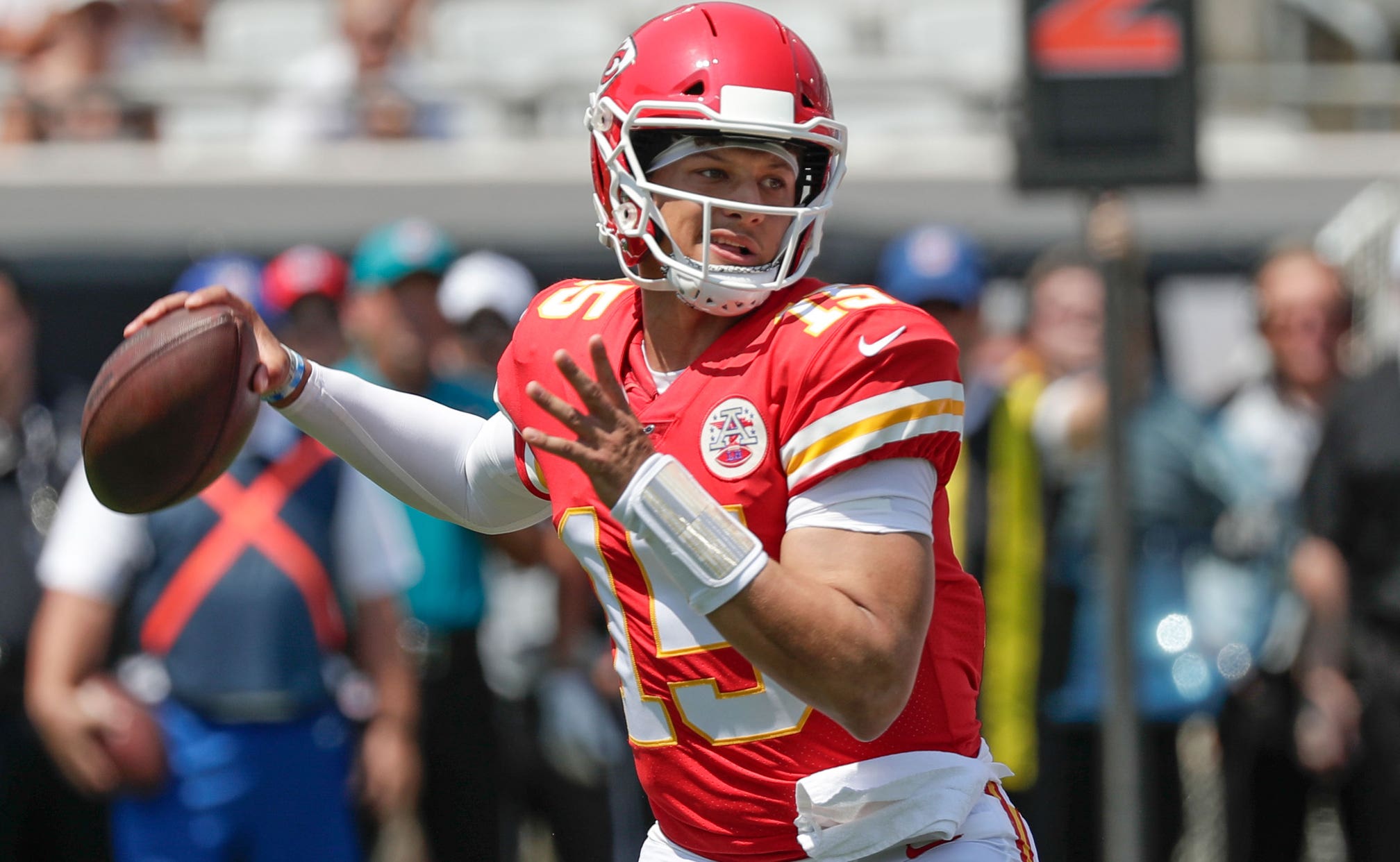 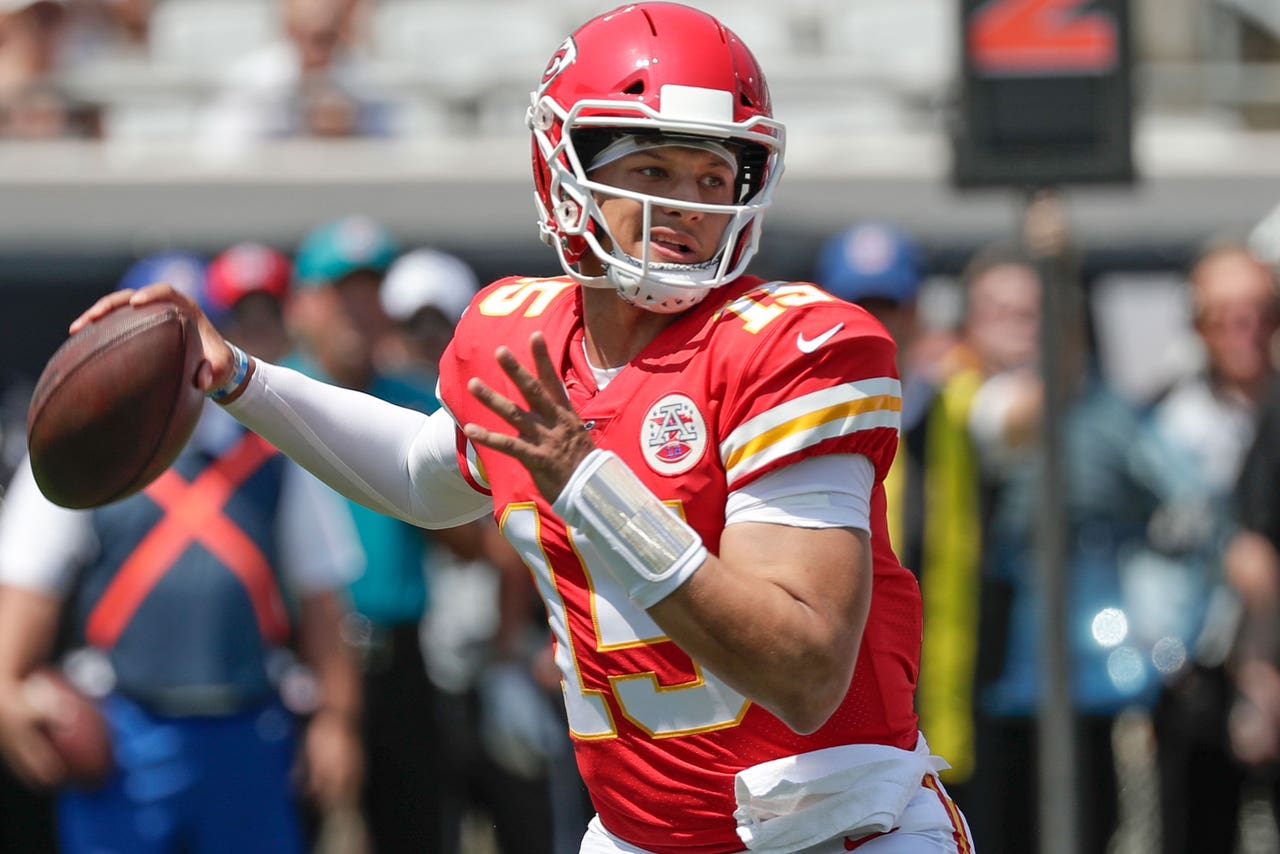 KANSAS CITY, Mo. — Chiefs quarterback Patrick Mahomes was walking around in relatively good shape Monday, one day after he sprained his ankle while leading Kansas City to a 40-26 romp over the Jaguars.

That wasn't the case for Tyreek Hill.

Kansas City's star wide receiver spent Sunday night in Jacksonville with a dislocated clavicle while the rest of the team headed home. The injury was repaired without surgery, and Chiefs coach Andy Reid said that Hill would fly back to Kansas City to begin rehabilitation later Monday.

"He's doing good," Reid said. "There are not too many days I've seen him down in the dumps. It was that way when I talked to him today; he had good spirit to him and he just wants to get back here. He doesn't want to be in the hospital. He wants to get back and settled in back here."

The Chiefs are likely to lean more heavily on second-round pick Mecole Hardman when they head to Oakland on Sunday. But nobody is quite sure how long Hill will be sidelined, putting some pressure on the rookie out of Georgia and the rest of the wide receiver group.

It helps their cause that Mahomes escaped serious injury.

His ankle was rolled up by the backpedaling line and he limped to the sideline, and backup Matt Moore grabbed his helmet and was poised to enter the game. But a break in the play gave Mahomes time to get his ankle taped up and he finished the game.

"He was moving around good today," Reid said. "I have seen him."

It's unclear how much Mahomes will practice this week, but it could be a big job for Reid to keep him off the field. He alluded to the challenge of doing that when Mahomes went to the sideline Sunday.

"These guys are very competitive guys. And they're going to want to get back out there. You know that," Reid said. "You trust your medical staff — those guys gave me good information. Patrick is very, very competitive and wants to be out there, but at the same time you want to be sure you're not putting him in a bad situation."

Just about everything on offense was humming, despite Hill's departure and Mahomes being hobbled a bit. He was 25 of 33 for 378 yards and three touchdowns without an interception, and nine different players caught a pass. The Chiefs also ran for 113 yards and a touchdown.

"Just come out blazing, on fire, like we were last year," tight end Travis Kelce said, "and sure enough, as a team we came together and put up 40 points on offense."

The Chiefs' new defense under Steve Spagnuolo is a work in progress. After the Jaguars lost Nick Foles, sixth-round pick Gardner Minshew merely completed his first 13 passes — the most by a rookie QB in at least 40 years. He finished with 275 yards and two touchdowns passing.

WR Sammy Watkins. As if there could be any other choice. He hauled in nine passes for 198 yards and three touchdowns, picking up more than enough slack after Hill left early in the game. Watkins had promised all offseason that he was finally healthy and poised for a breakout season.

"He really understands the offense at a different level than he did last year," Mahomes said, "and so whenever he got his number called, he made plays."

LB Reggie Ragland. The former second-round pick of the Bills was supposed to gets reps at inside linebacker in the Chiefs' new 4-3 alignment, but he was a healthy inactive.

The big ones were to Mahomes and Hill, but RB LeSean McCoy also left briefly with cramps. He had 10 carries for 81 yards and also caught a pass despite having just a week to learn the offense.

19. That's how many consecutive games the Chiefs' prolific offense has scored at least 26 points, matching the Broncos of 2012-13 for the NFL record. They can capture the mark alone Sunday in Oakland.

The Chiefs visit the Raiders on Sunday for possibly their easiest game in the first month of the season. After that come the Ravens and a trip to Detroit, so ironing out all the miscues from a steamy season-opening trip to Jacksonville is imperative. 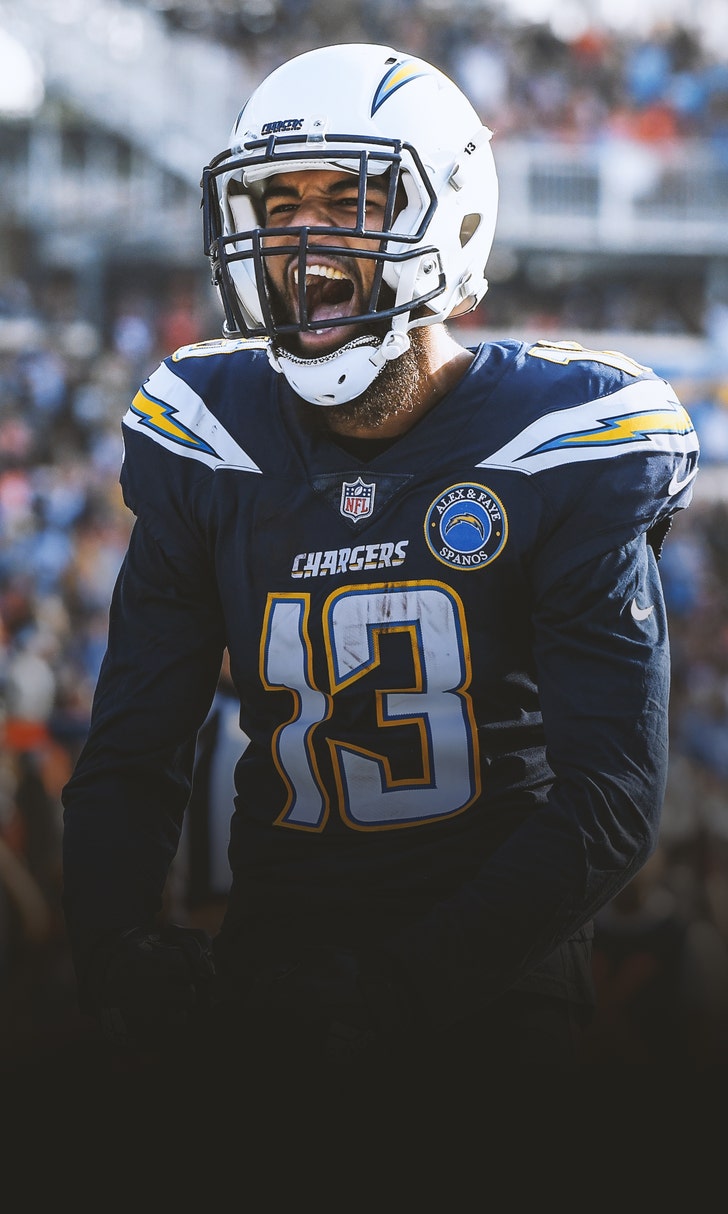 Calling Out the Competition
Keenan Allen is not happy with his spot on the NFL Network's Top 100 Players list, airing out his grievances on Twitter.
July 27 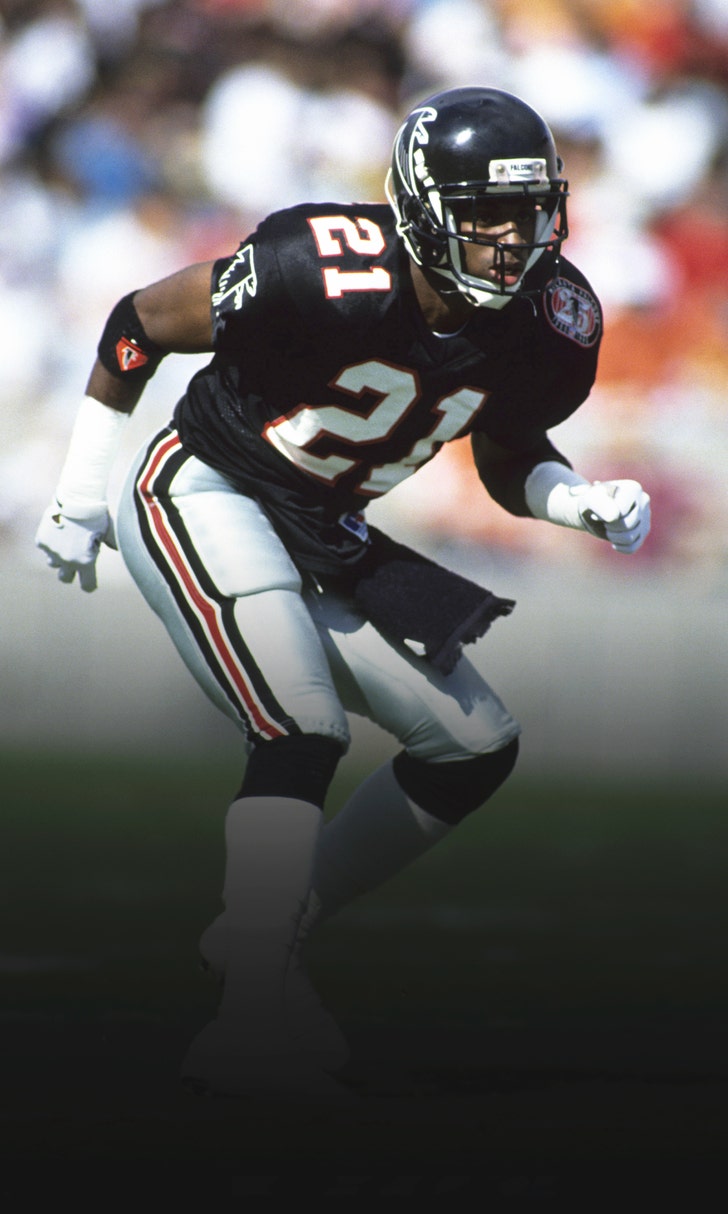 Primetime vs. Cheetah
@NFLonFOX Twitter asked football fans to chime in on a mythical matchup between Deion Sanders and Tyreek Hill. Who ya got?
July 4
those were the latest stories
Want to see more?
View All Stories
Fox Sports™ and © 2020 Fox Media LLC and Fox Sports Interactive Media, LLC. All rights reserved. Use of this website (including any and all parts and components) constitutes your acceptance of these Terms of Use and Updated Privacy Policy. Advertising Choices. Do Not Sell my Personal Info