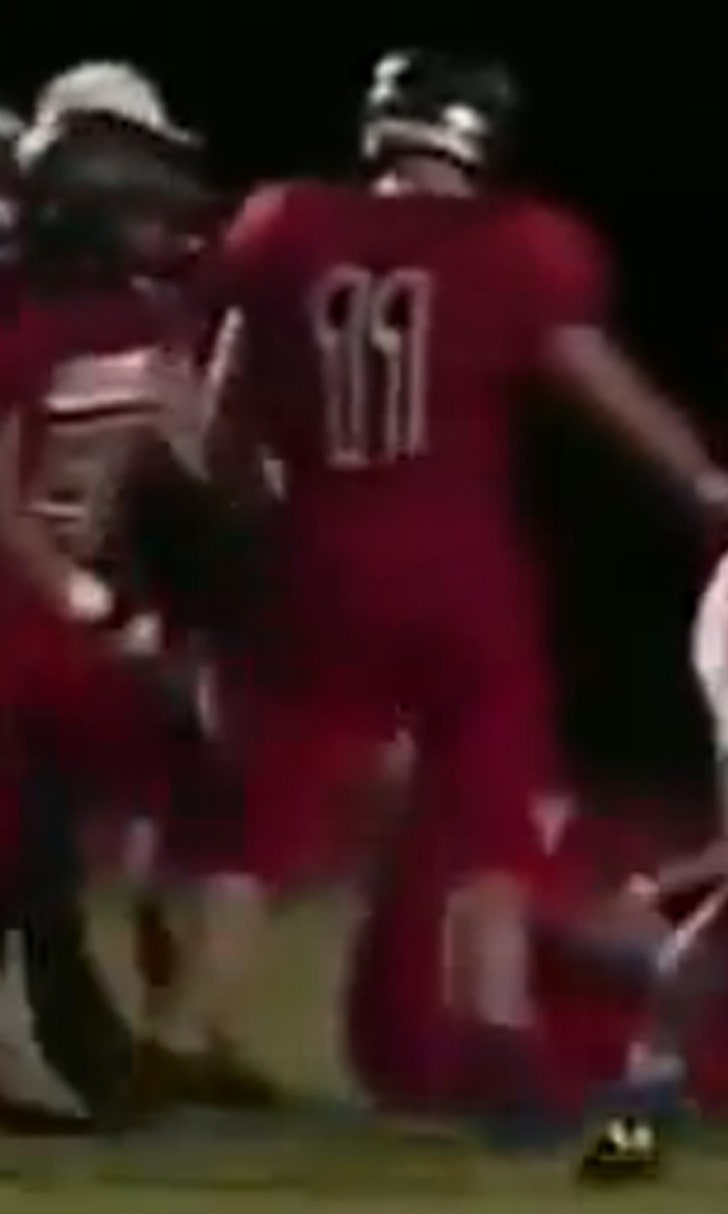 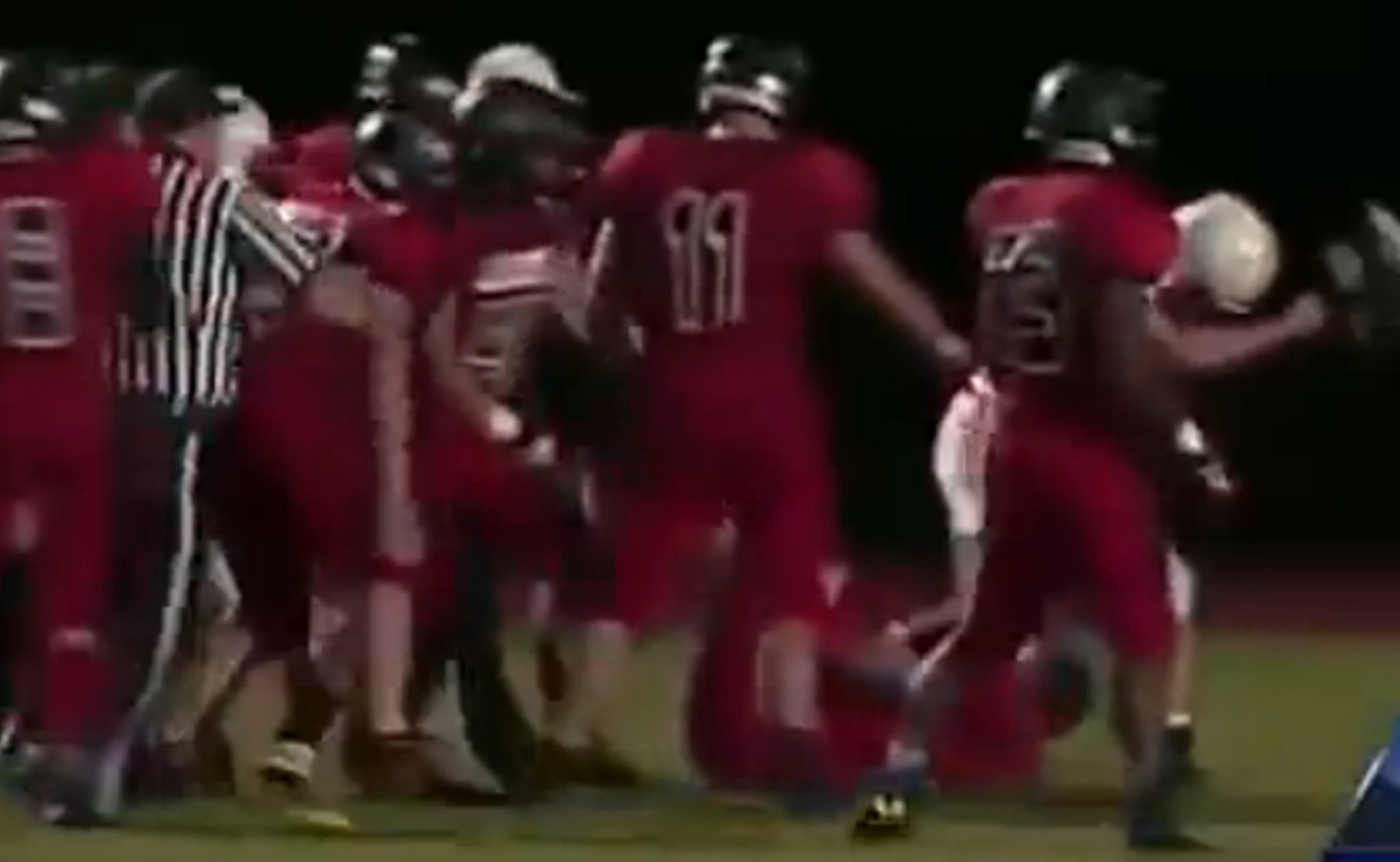 Charges filed against player who allegedly used helmet as weapon

Police have filed criminal charges against a Pennsylvania high school football player who allegedly swung his helmet at an opposing player during a September game, according to multiple reports.

According to the Lebanon Daily News, South Annville Township police on Wednesday announced they filed charges of simple assault and disorderly conduct against a person after the Sept. 6 incident. While the police statement would not identify the person by name due to that person being a juvenile at the time of the incident, now would police say if more than one person was charged, the Daily News reported.

However, The Patriot-News quoted attorney Allan Sodomsky as confirming that the person charged is his client, Joey Cominsky.

Cominsky, a senior quarterback at Hamburg High, appears in a widely seen video from a Sept. 6 game to rip the helmet off Josh Hartman, an opposing player from Annville-Cleona high, and hit him twice over the head with it. Here are two views of the incident:

According to The Patriot-News, "Sodomsky said [the incident] happened after Hartman reached from the ground for Cominsky's knee, the one that required significant surgery and forced Cominsky to miss his junior season." Sodomsky is then quoted as saying, "Joe thought he was doing what was right to protect his body," before adding that he expects the case to take a few months to resolve.