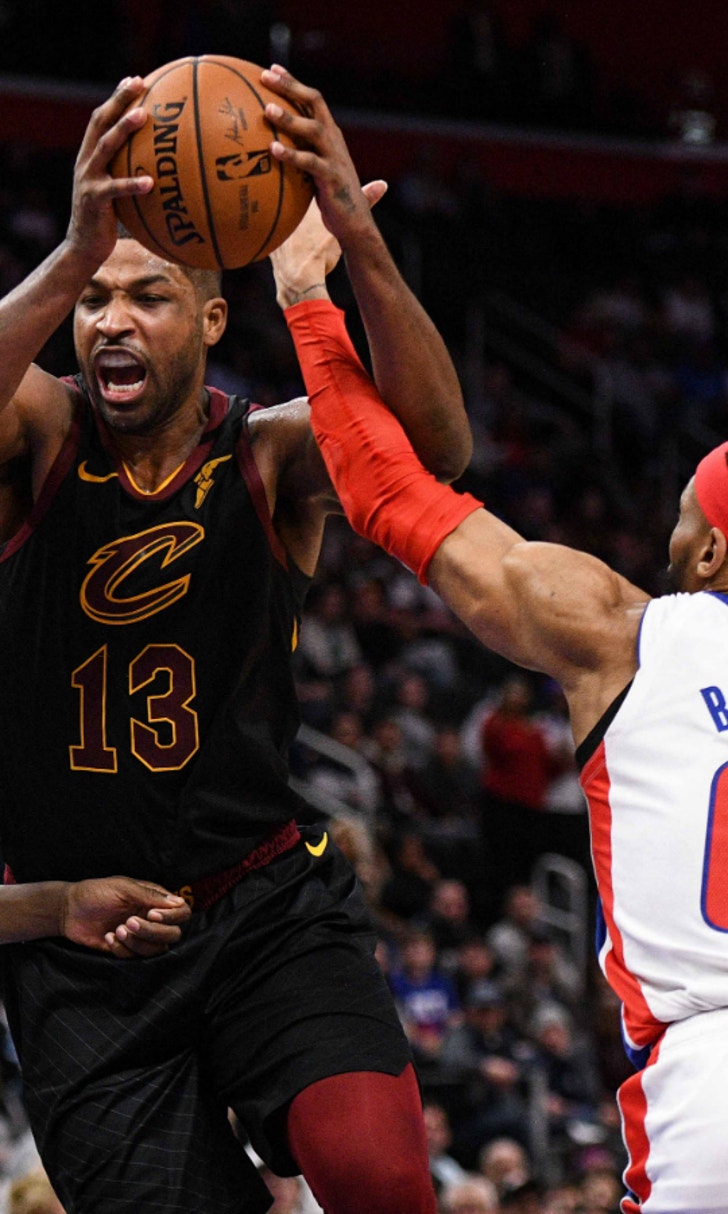 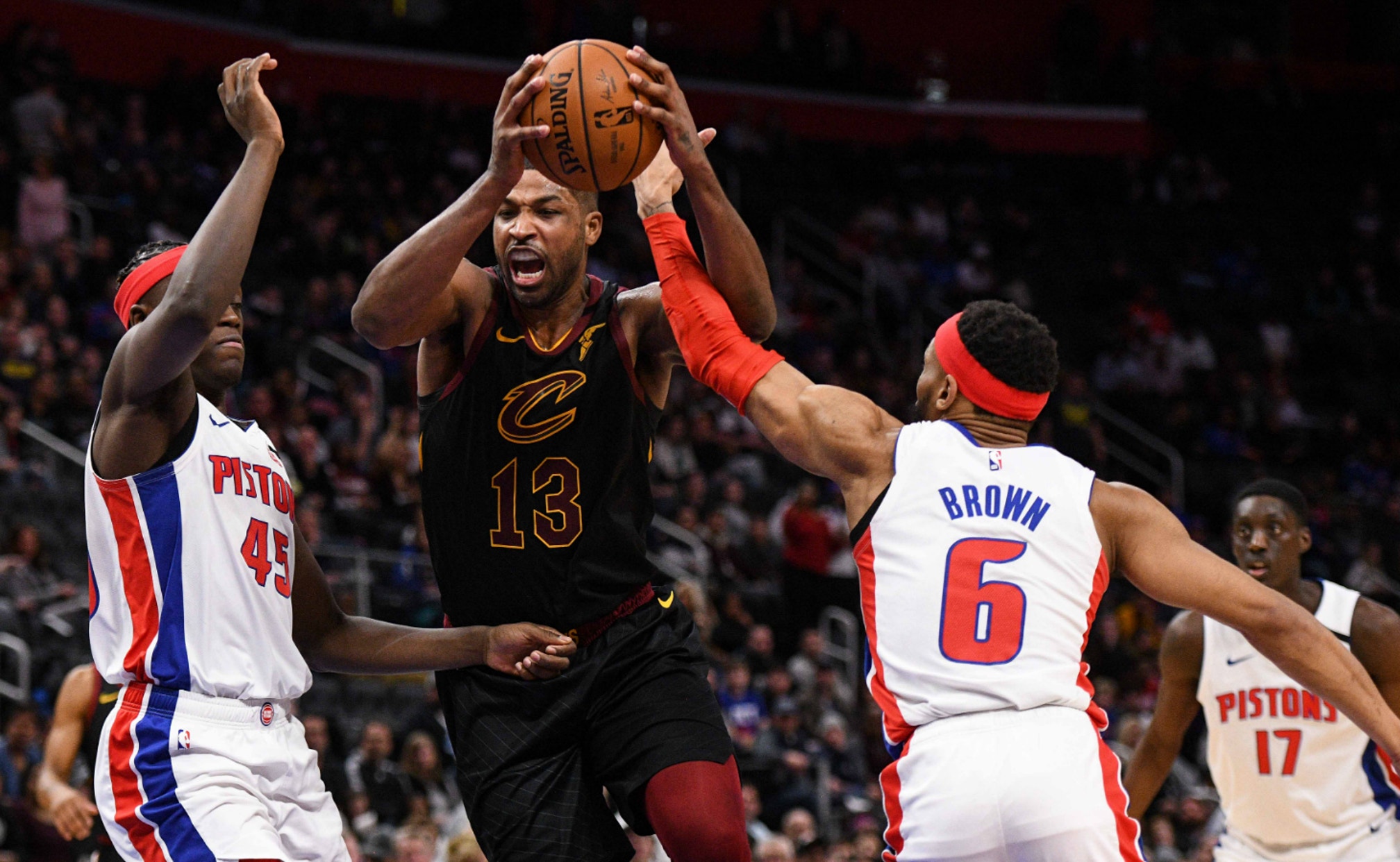 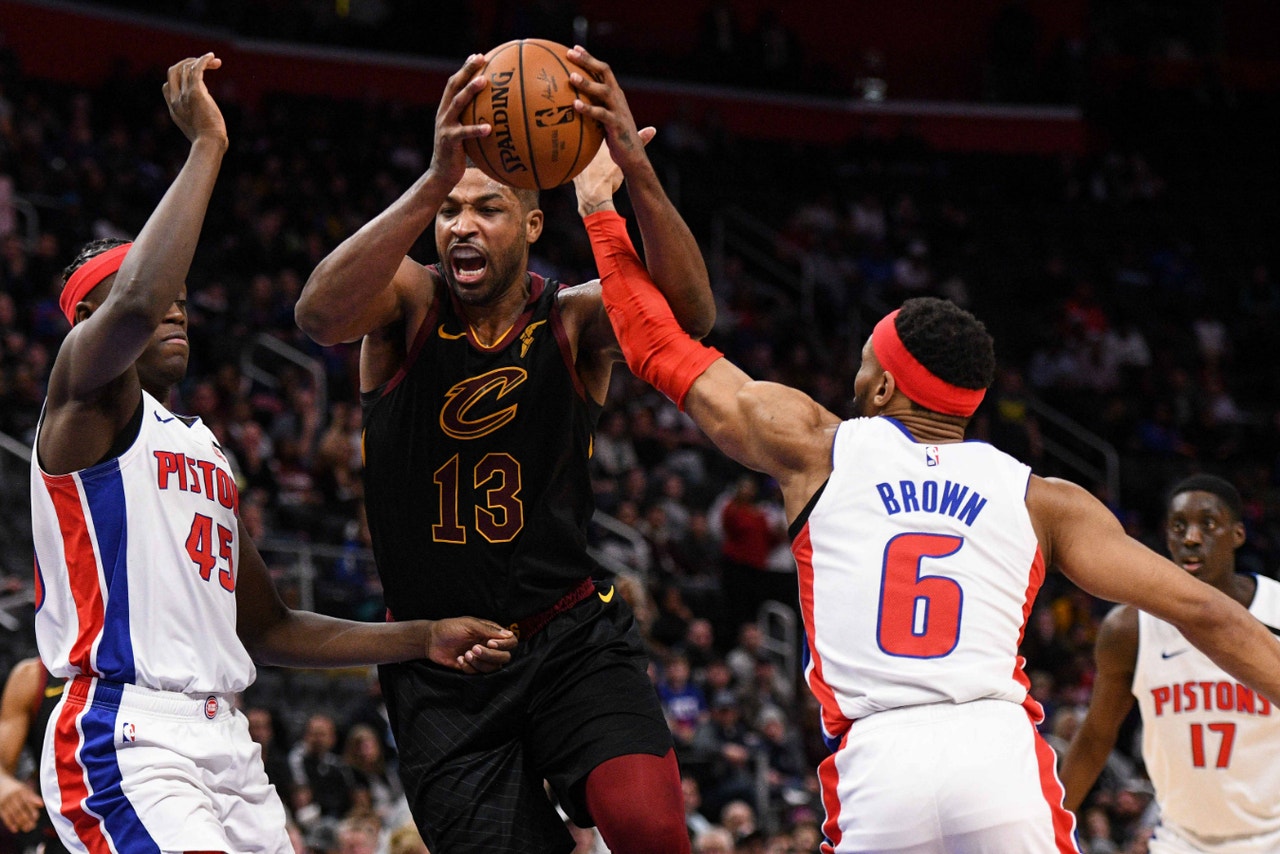 DETROIT (AP) — Kevin Love made a tiebreaking 3-pointer with 37.9 seconds left in overtime and the Cleveland Cavaliers snapped a five-game losing streak with a 115-112 victory over the Detroit Pistons on Thursday night.

On a tumultuous day for the Cleveland organization, the Cavaliers rallied from a 13-point third-quarter deficit and outlasted Detroit at the end. Tristan Thompson had 35 points and 14 rebounds for the Cavaliers.

Cleveland coach John Beilein said earlier Thursday that he'd apologized for his comments during a film session the previous day. ESPN.com, citing unidentified sources, reported that Beilein suggested during a Wednesday film session his players were no longer playing “like a bunch of thugs.” Beilein said he meant to say “slugs” in reference to the team's effort level.

With the score tied at 110, Love got open in the left corner and connected from long range to put the Cavaliers ahead to stay. Thompson got free for a dunk with 16.7 seconds remaining to push the lead to five.

Detroit had one last chance after forcing a turnover, but Derrick Rose missed a 3-pointer in the final seconds. Rose also missed a jumper at the end of regulation that could have won it.

Andre Drummond had 28 points and 23 rebounds for Detroit. The Pistons are without star forward Blake Griffin, who had surgery on his left knee.

The Cavaliers rallied from their double-digit deficit and took a brief lead at 91-90 in the fourth. Detroit answered with nine straight points, but Cleveland battled back again, and it was tied at 102 at the end of regulation.

Cavaliers: At Denver on Saturday night.