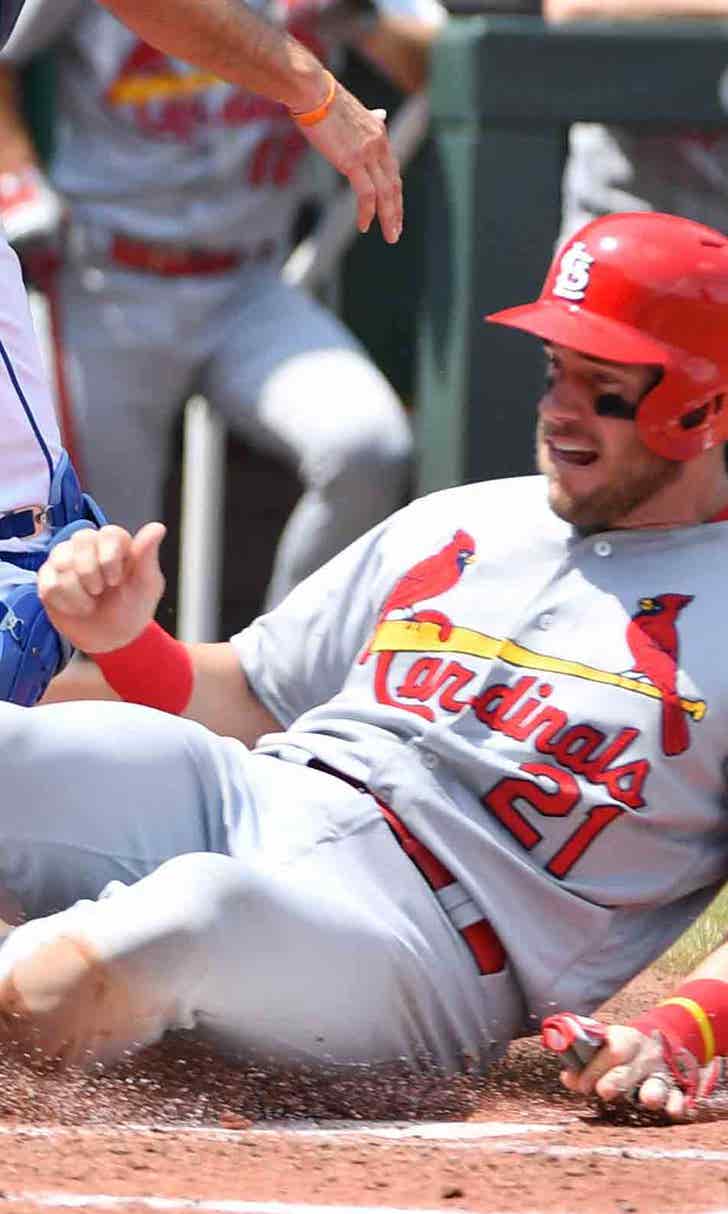 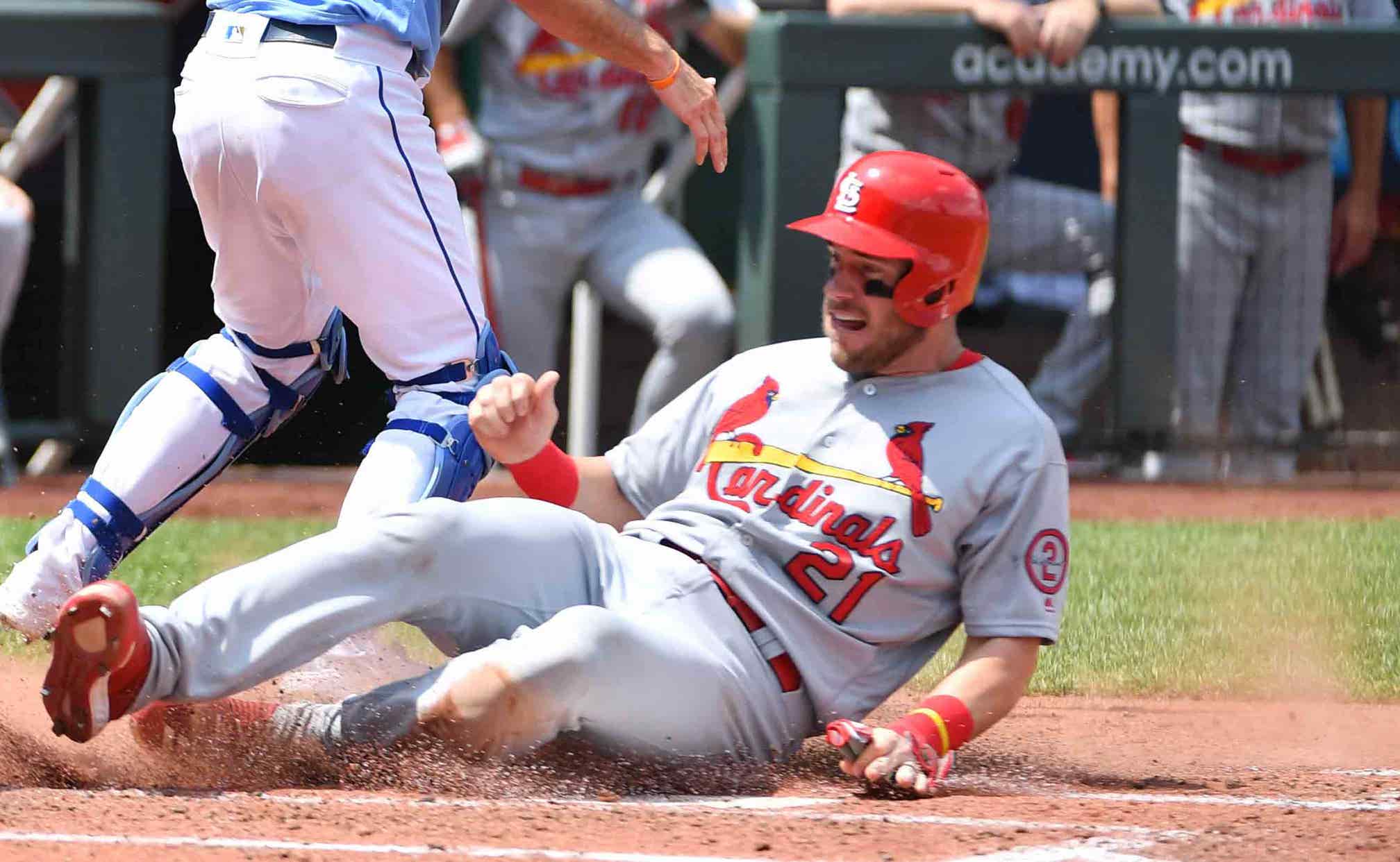 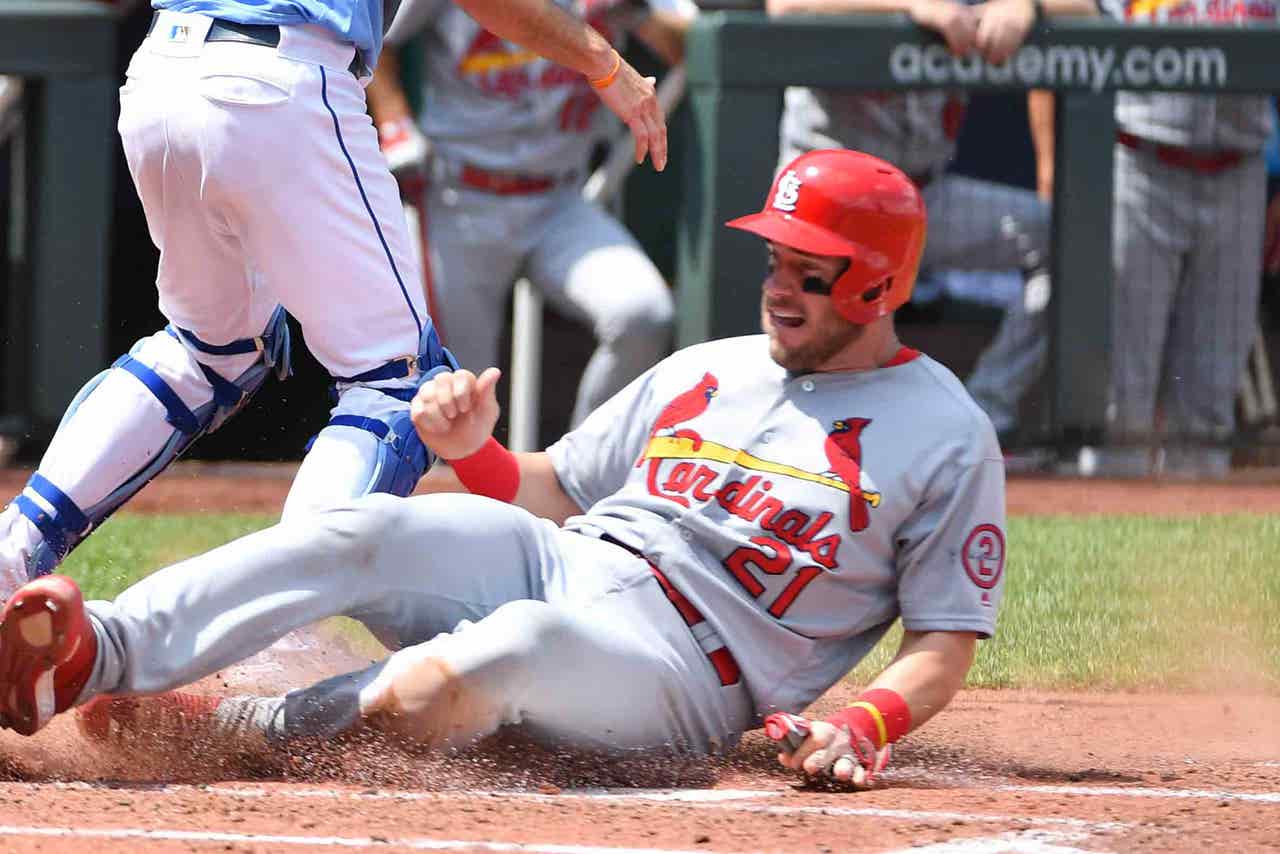 KANSAS CITY, Mo. -- The St. Louis Cardinals were a .500 team after a loss on July 25, but since then they've been the hottest team in the National League.

Yadier Molina broke a tie with a two-run single in the seventh inning, Tyson Ross won his St. Louis debut and the Cardinals defeated the Kansas City Royals 8-2 on Sunday to win their fifth straight, matching a season high.

The Cardinals moved eight games above .500, equaling their season high set on June 11, and are a National League-best 12-4 since July 27. Manager Mike Matheny was fired on July 14 in an attempt to jump-start the disappointing team.

Molina's bases-loaded single in the seventh scored Harrison Bader and Patrick Wisdom, who had two hits, drove in a run and scored two in his major league debut. Wisdom's RBI single had tied it at 2-2.

"We feel pretty good about ourselves right now," Molina said. "We are getting hot at the right time."

The Cardinals concluded a three-city trip with a 7-2 record.

"It was a good game, a good road trip and a good series," Cardinals interim manager Mike Shildt said.

Ross, who last pitched on Aug. 3 for San Diego, was an emergency starter, replacing Luke Weaver, who was scratched after cutting his right index finger on the aluminum foil cover of his clubhouse meal on Saturday night.

Ross (7-9), who made 22 starts with the Padres before the Cardinals claimed him on waivers last week, allowed two runs on four hits and two walks in six innings.

"I felt good and was ready to go," Ross said. "I was happy to get out there and pitch. After the first inning, I was able to rein it in and get into the strike zone, and keep us in the ballgame."

Paul DeJong hit a two-run homer in a three-run ninth to cap the scoring.

Jason Hammel (2-12) entered in the seventh and retired none of the four batters he faced. He was charged with three runs.

"I set the tone for the rest of the game right there, coming in and not even getting an out," Hammel said. "I'm embarrassed."

Jakob Junis limited the Cardinals to three singles, walked none and struck out eight before leaving after six innings with a 2-1 lead.

"I hit my spots with my fastball and played my slider off that and I had some good results," Junis said.

Lucas Duda singled home Salvador Perez in the third to put Kansas City up 2-1. Alex Gordon scored in the first after an error by Wisdom, the first baseman.

Cardinals reliever Tyler Webb was ejected with two outs in the ninth by plate umpire Adam Hamari after he hit Jorge Bonifacio with a pitch. Royals pitchers hit four St. Louis batters. "He definitely hit him on purpose," Royals manager Ned Yost said. "I guess that warrants an ejection. We hit four guys today. When you hit four guys, somebody is going to get it. It's just the way the game is. I don't blame them for it. If they hit us four times, we'd probably be upset, too. Did he have to get ejected? No. I don't think so. I think it was over. We didn't intentionally try to hit anybody all day long."

Matt Carpenter singled and was hit by a pitch from Wily Peralta, extending his on-base streak to 30 games.

Rosell Herrera made his first start at second base for the Royals. He had started 19 games in right field, 11 in center, four at third base and three as the DH since joining the club on June 17. He made his big league debut on May 1 with Cincinnati starting at second base, his only other start at the position, although he played there in the minors.

Royals: LHP Danny Duffy has a stiff shoulder. Manager Ned Yost said Duffy has been dealing with it for his past four starts and a decision would be made Tuesday on whether Duffy will make his scheduled start on Thursday. Duffy received an anti-inflammatory shot Saturday. ... RHP Blaine Boyer (lower back strain) was activated from the 60-day disabled list. He posted a 1.08 ERA in eight minor league rehab appearances. ... OF Jorge Soler (left toe fracture) was transferred to the 60-day DL.

Cardinals: RHP Adam Wainwright (elbow inflammation) will throw an inning Monday for the Palm Beach Cardinals in the Florida State League. ... With RHP Luke Gregerson (shoulder impingement) moved to the 60-day DL, his season is likely over. "I guess the timing looks like, yeah," Shildt said. "It'll be a challenge, but we never say never."

Cardinals: RHP Miles Mikolas will start the opener of a four-game series against the Washington Nationals at Busch Stadium.

Royals: Rookie RHP Brad Keller will start against Toronto. This will be his 13th start since moving into the rotation on May 30.