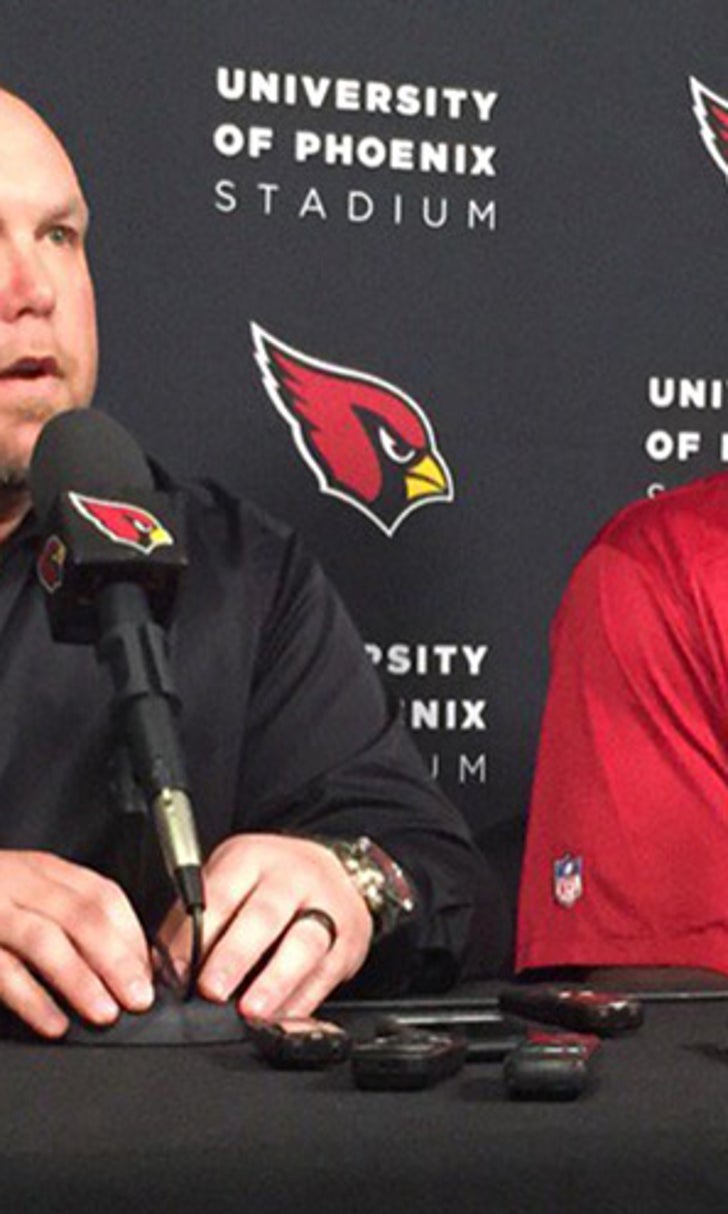 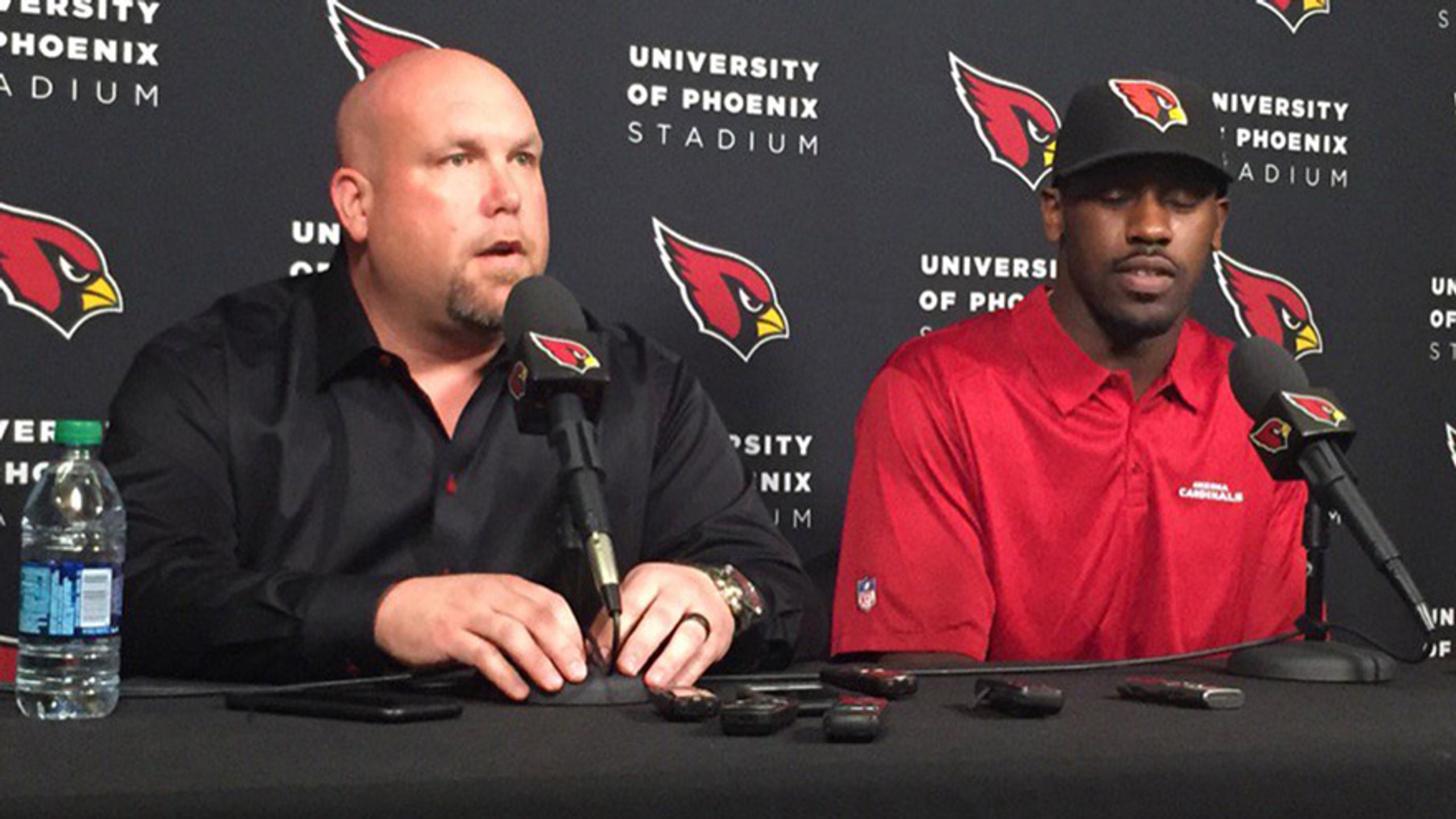 Cardinals in win-it-now mode with addition of Jones, Mathis 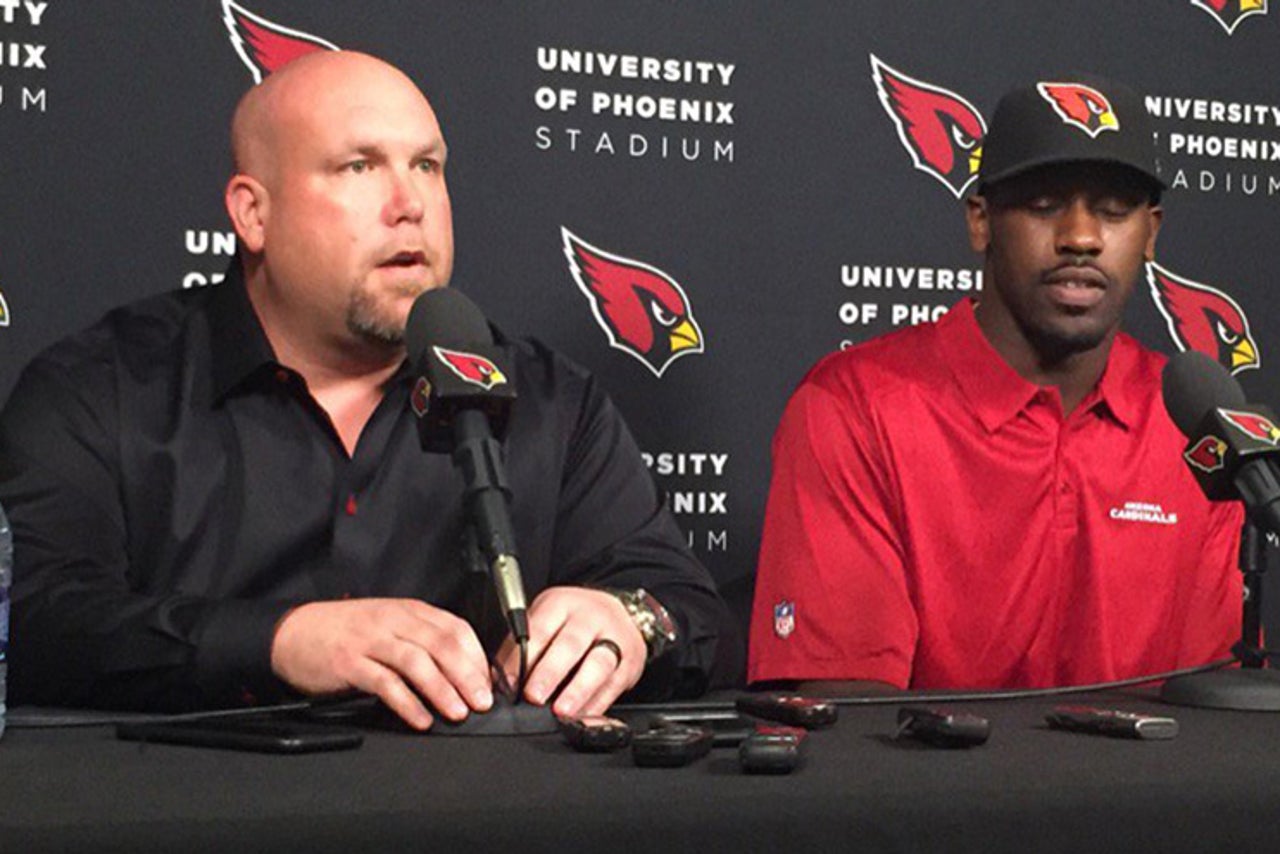 TEMPE, Ariz.  -- With a pair of major personnel moves in the past two days, the Arizona Cardinals have made it clear they are in a `win it all now' mode.

Tuesday's acquisition of outside linebacker/defensive end Chandler Jones in a trade with New England and Wednesday's agreement on terms with guard Evan Mathis fill significant needs for a team that didn't have many after making it to the NFC championship game.

The Cardinals were relatively quiet in the frenzied first days of free agency.

"I think it shows you the virtues of patience," general manager Steve Keim said. "You've got to be patient through the process, trust your system, and I think in the last couple of days we've made some big moves."

Arizona sent guard Jonathan Cooper and a second-round draft pick to acquire Jones, who had a career-high 12 sacks last season. Jones was introduced at a news conference on Wednesday and recalled the last time he was in Arizona, celebrating New England's victory in the 2015 Super Bowl.

"I was making snow angels in the confetti," he said. "That was a great feeling. Hopefully we can bring it here for sure."

Jones is in the final year of his contract, but Keim said he doesn't see the player as just a one-year wonder, even though re-signing him or using the franchise tag to keep him next season will cost millions.

"When you're talking about a 26-year-old guy with his skill set," Keim said, "there's no doubt that our mindset moving forward is to have him as a long-term fixture here."

Mathis joins the Cardinals on a one-year contract after starting at left guard for the Super Bowl champion Denver Broncos last season. With Mike Iupati on the left side, Mathis will play right guard for Arizona.

A person with knowledge of the situation said Mathis' deal is worth $6 million -- plus $69 because that's his uniform number. The person asked not to be identified because the terms were not officially announced.

"To be able to get a guy like Evan, who can create movement in the run game, is extremely physical and aggressive, I think was a huge get for us," Keim said.

Keim called Mathis "one of those guys that, I don't know if they put him in wax or what it is, I know he takes tremendous care of his body."

Quarterback Carson Palmer, appearing at an LPGA tournament, praised the addition of Mathis.

"I have known Evan for a long time," Palmer said "I've played with him for a while. Very passionate player, very explosive and strong. Probably one of the smarter players I've ever been around. So it's a huge addition for us."

The biggest acquisition was Jones, who came in a trade that was put together in a three-day period, Keim said.

Jones used the word "excited" many times when expressing his reaction to the trade, adding he feels no pressure filling such an important role in Arizona.

"I don't believe in the word pressure at all," he said. "You call it pressure, but it's a job. Every player has a job to do. He brought me here to rush the passer and that's exactly what I'm going to do. I'm excited to get after these quarterbacks. It should be fun."

Jones addressed a bizarre incident in early January when he showed up shirtless at a police station near his house and dropped to his knees with his hands above his head without any provocation. The Boston Globe quoted a source as saying Jones had a bad reaction to synthetic marijuana. He later apologized for a "stupid mistake."

He wasn't surprised when it was brought up Wednesday.

"I understand you asking that question," he said, "but it's something I definitely moved forward with. I'm trying to prove, and I am proving, that I'm not that person. It was a mistake and everyone makes mistakes."

Jones appreciated his days in a strong organization in New England.

"I learned a lot in New England, as far as on the field and off the field," he said, "Ultimately becoming a man and becoming a professional."

He knows with a winning organization now, too.

This season the Cardinals will host the Patriots.

"That might be a game I can circle with my red marker for sure," Jones said.