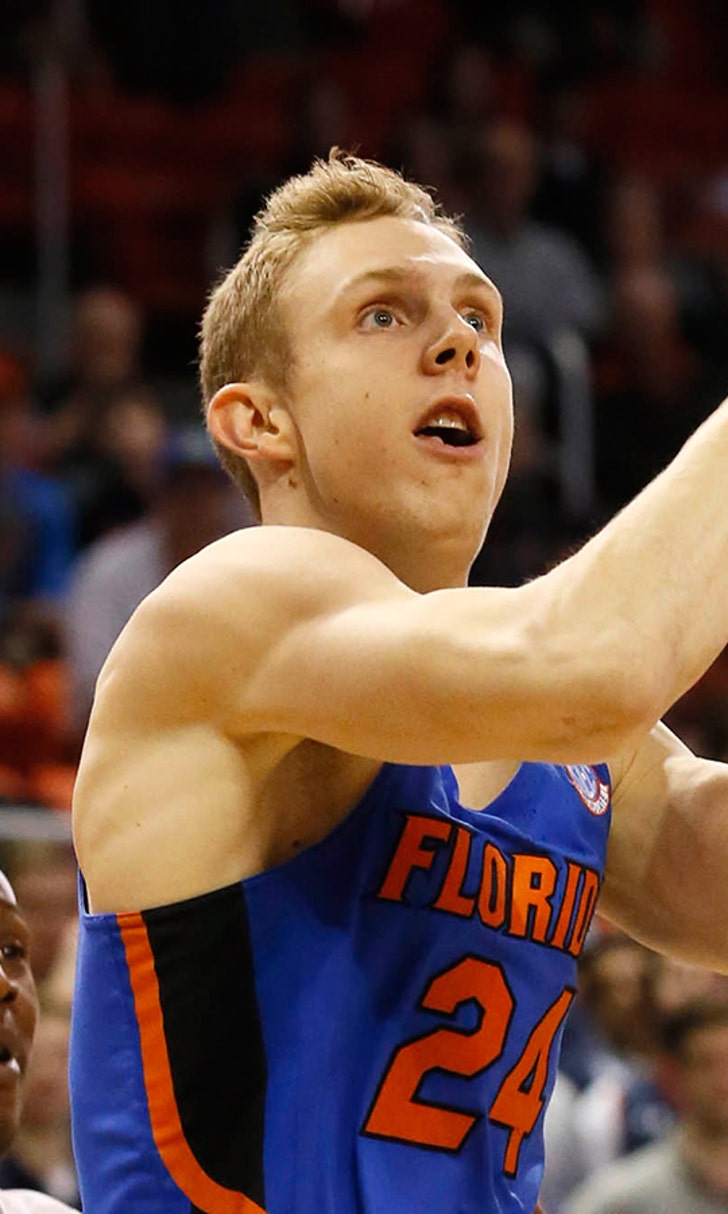 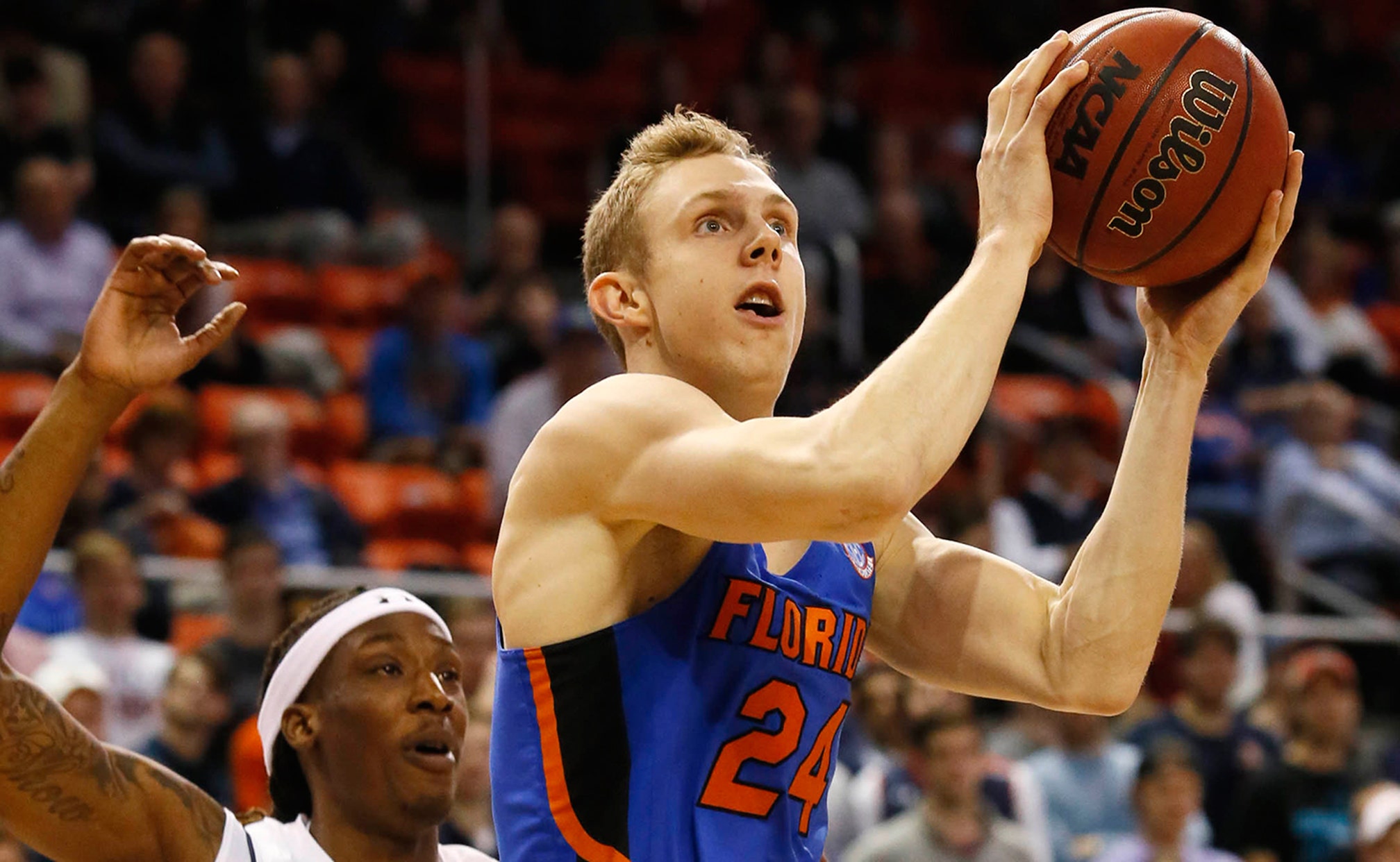 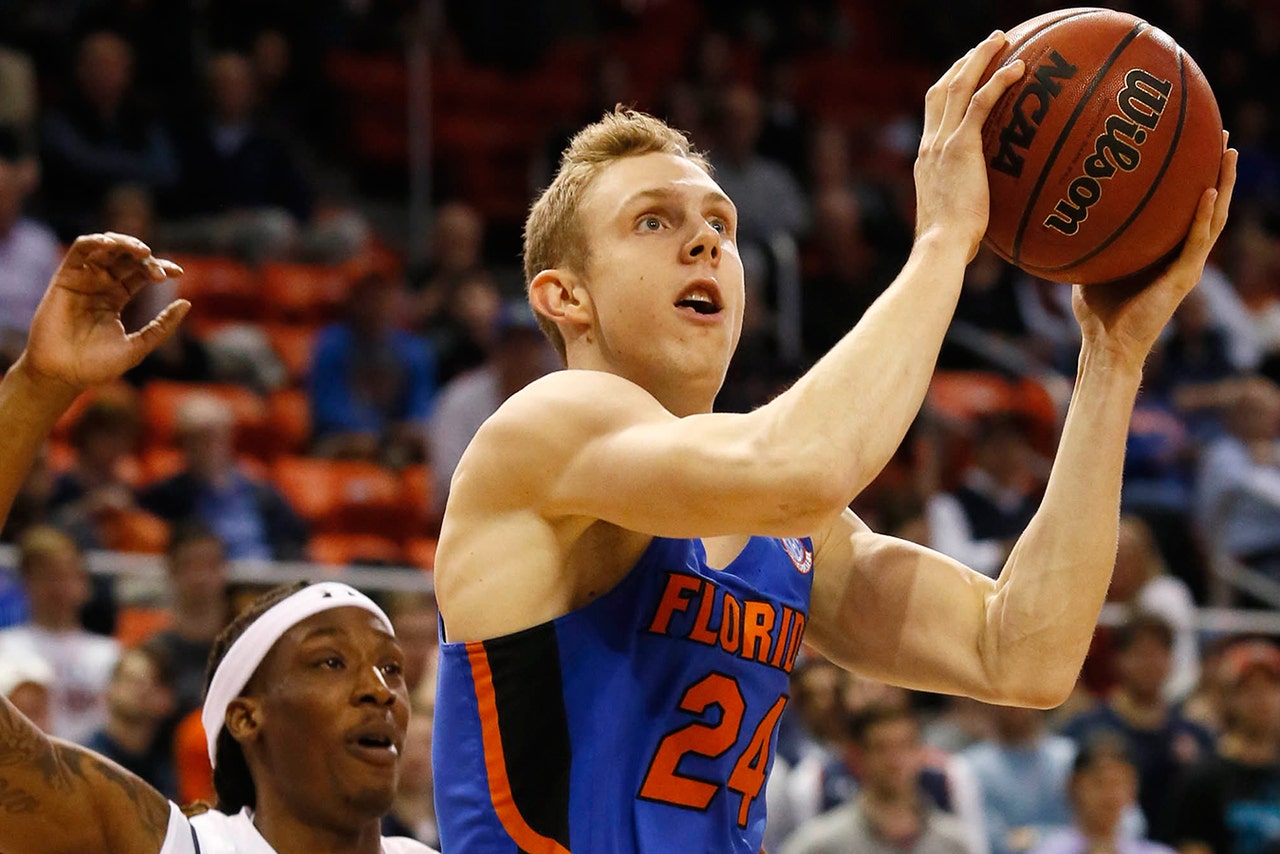 AUBURN, Ala. (AP) -- With defensive stops hard to come by, Canyon Barry and the Florida Gators simply scored more than they had all season.

Barry scored a season-high 30 points and the 15th-ranked Gators kept up with high-scoring Auburn for a half, then sprinted away to a 114-95 victory Tuesday night.

Known more for their stingy defense, the Gators (21-5, 11-2 Southeastern Conference) blew past their previous scoring high of 106 points en route to a seventh straight win. They dominated after going into halftime locked in a 50-50 tie, coming out of the locker room on a 13-3 run and never looking back despite losing center John Egbunu to a knee injury early.

"Our guys found a way. Obviously a different way than we won any game last year."

Auburn (16-10, 5-8) became the first team to reach its season average in regulation against the Gators, but couldn't slow them down on the other end.

The game was so dominated by offense that 13 players scored in double figures. It was also easily the most points allowed by a Florida team that came in giving up 65.2 points per game.

"I don't think our defense was very good," Barry said. "They weren't locked in on scouting reports. The first play of the game, we give up a 3-pointer to one of their best shooters (Purifoy)."

KeVaughn Allen scored all 17 of his points in the second half for Florida, which had seven players reach 10 points. Devin Robinson added 14. Kasey Hill had 11 points and 12 assists.

Egbunu had 10 points before leaving with a left knee injury midway through the first half. He didn't return, and White said he didn't know the nature of the injury. Egbunu is scheduled to have an MRI on Wednesday.

"He was having a heck of a game, too, before he got hurt," White said.

"Florida's a great team," Auburn coach Bruce Pearl said. "They're engaged on both ends of the floor. We got a real treat in seeing Barry play. He's just a terrific player."

It's the first time in nearly two years Auburn has allowed 100 points, the last time against Kentucky on Feb. 21, 2015.

Florida has matched the longest win streak in White's two seasons. The Gators have won 10 straight meetings, including nine in a row at Auburn.

Auburn hosted Florida for the first time since 2014, with the three meetings since coming in Gainesville. The Tigers allowed 60-plus second-half points for the third straight game. The Tigers started 5 of 6 from 3-point range and made 1 of 15 from there.

Barry's school-record streak of made free throws ended at 42. Barry, who shoots underhanded like his Hall of Fame father Rick, missed the second of two attempts with 15:20 left in the first half. He still had 13 points in the first 8 minutes.

"You're going to miss eventually," Barry said. "Obviously I'd like to make all of them but in basketball and life, you're not going to."

Florida visits Mississippi State on Saturday to continue a stretch with three of four games on the road.