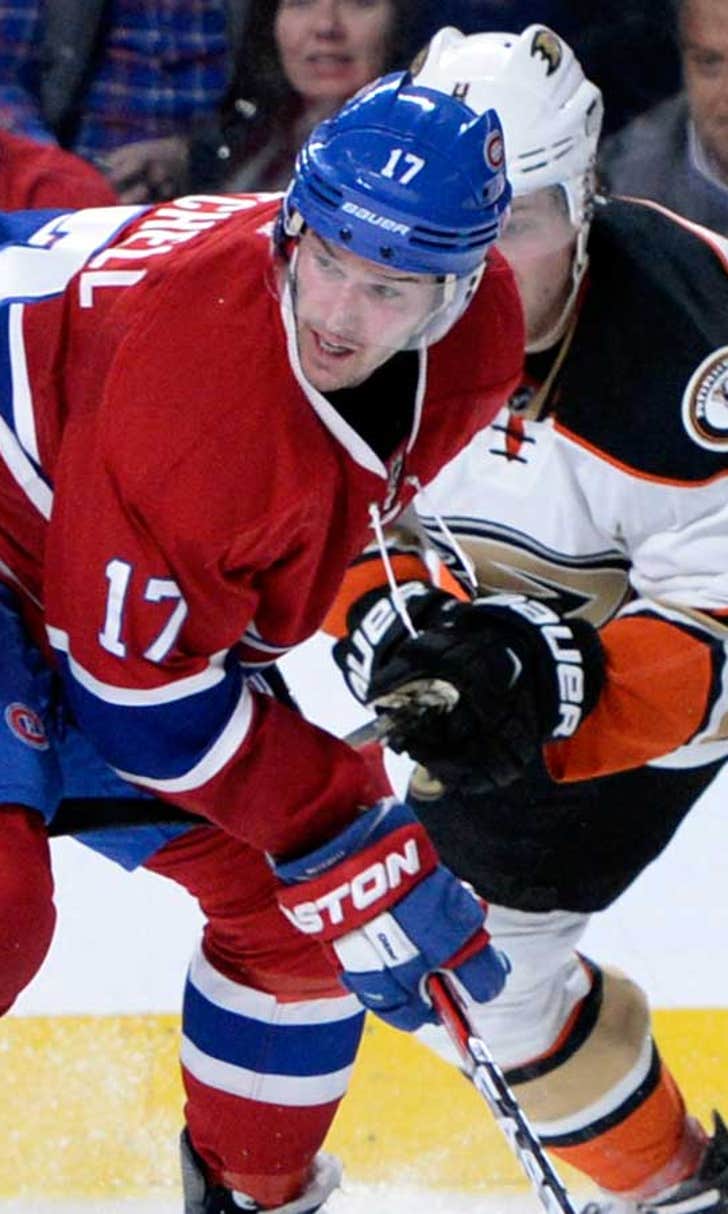 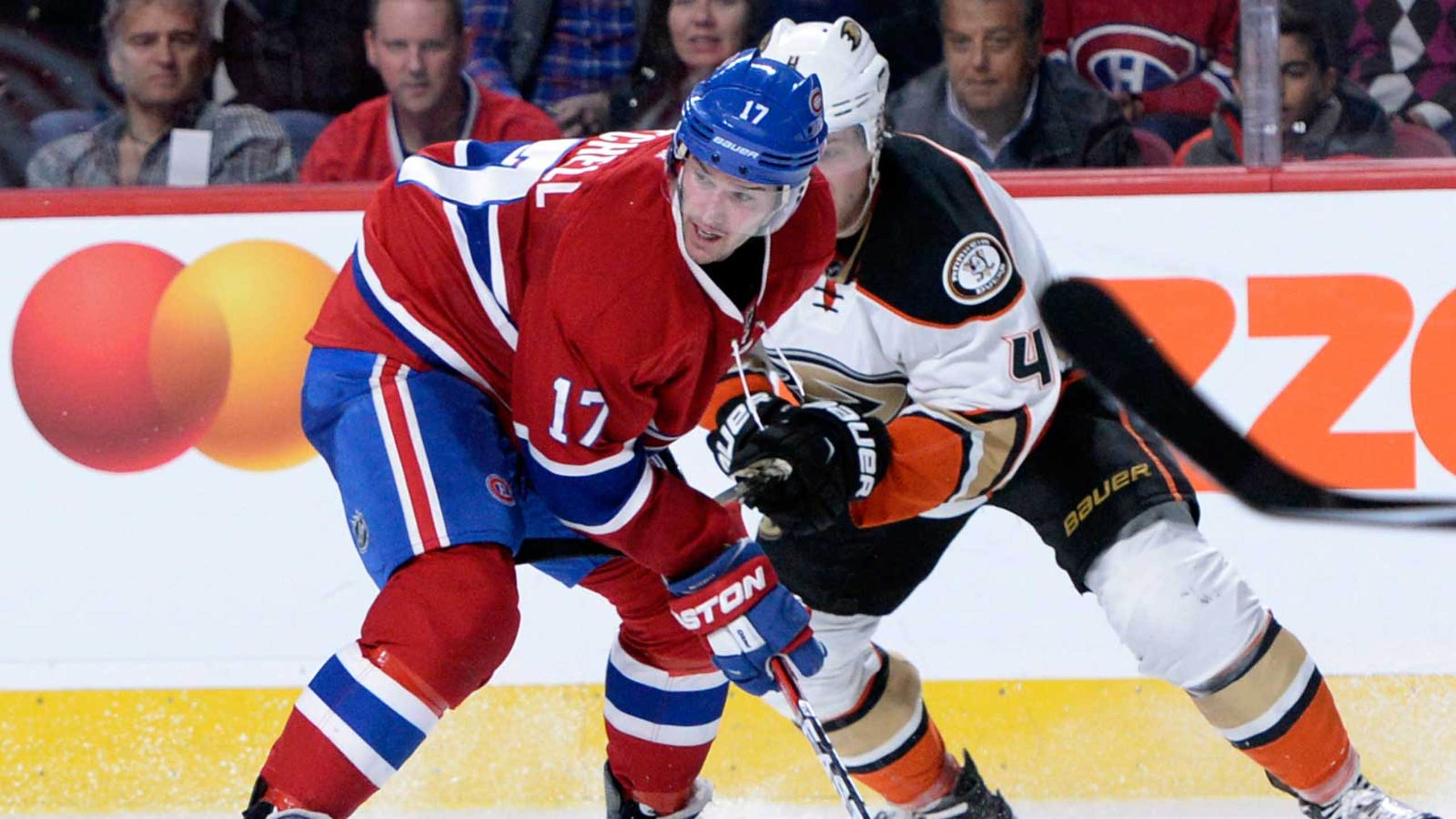 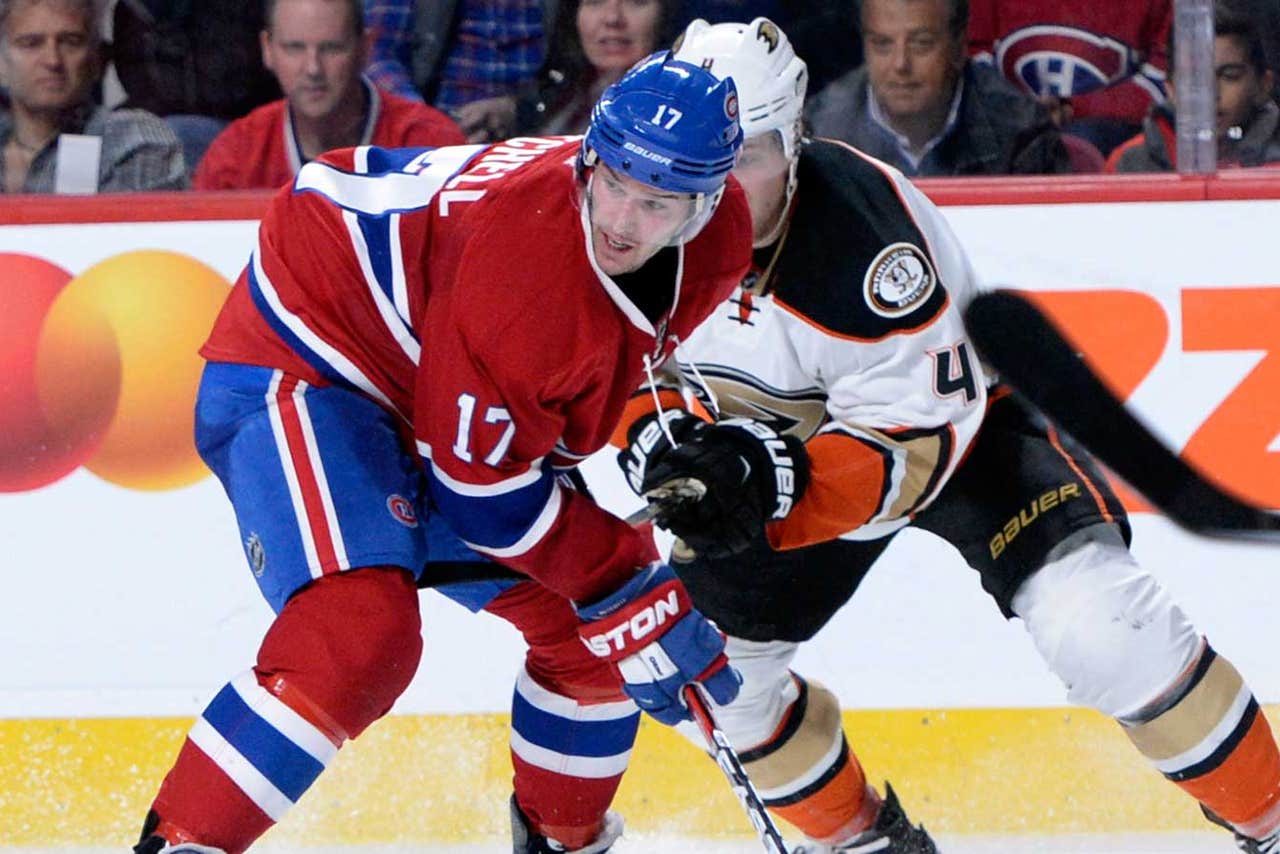 MONTREAL (AP) -- Lucas Lessio scored his first goal in 11 games with the Canadiens and Montreal defeated the Anaheim Ducks 4-3 on Tuesday night.

Brown dug a puck free behind the Anaheim net and passed to Lessio in front 8:13 into the third.

Mitchell tipped Tomas Plekanec's point shot just under the crossbar 8:28 into the game to open the scoring.

Silfverberg scored on a rush at 14:30 of the first with a wrist shot that went through Mike Condon's pads to tie it at 1-1.

Perry banged in a rebound 1:55 into the second period for his 30th of the season. It is the sixth season in his career that Perry has scored 30 or more goals and the third in a row.

Montreal struck back twice, as Galchenyuk one-timed Max Pacioretty's pass into an open side at 8:58 and Brown went in alone after Anaheim failed to clear its zone and beat John Gibson at 10:14.

Recent call-up Joel Hanley assisted on the Mitchell and Brown goals for his first two NHL points in only his second game.

A similar play at the opposite end of the ice put Silfverberg in for his second of the game. The Ducks forward has six goals and two assists in his past five games.

NOTES: Defenseman P.K. Subban and center David Desharnais skated with their teammates in non-contact jerseys for their first time since their injuries. Montreal, which has 11 players out with injuries, is 2-4-0 without Subban. ... Ducks forward David Perron was to have an MRI on Tuesday on his right shoulder injury.