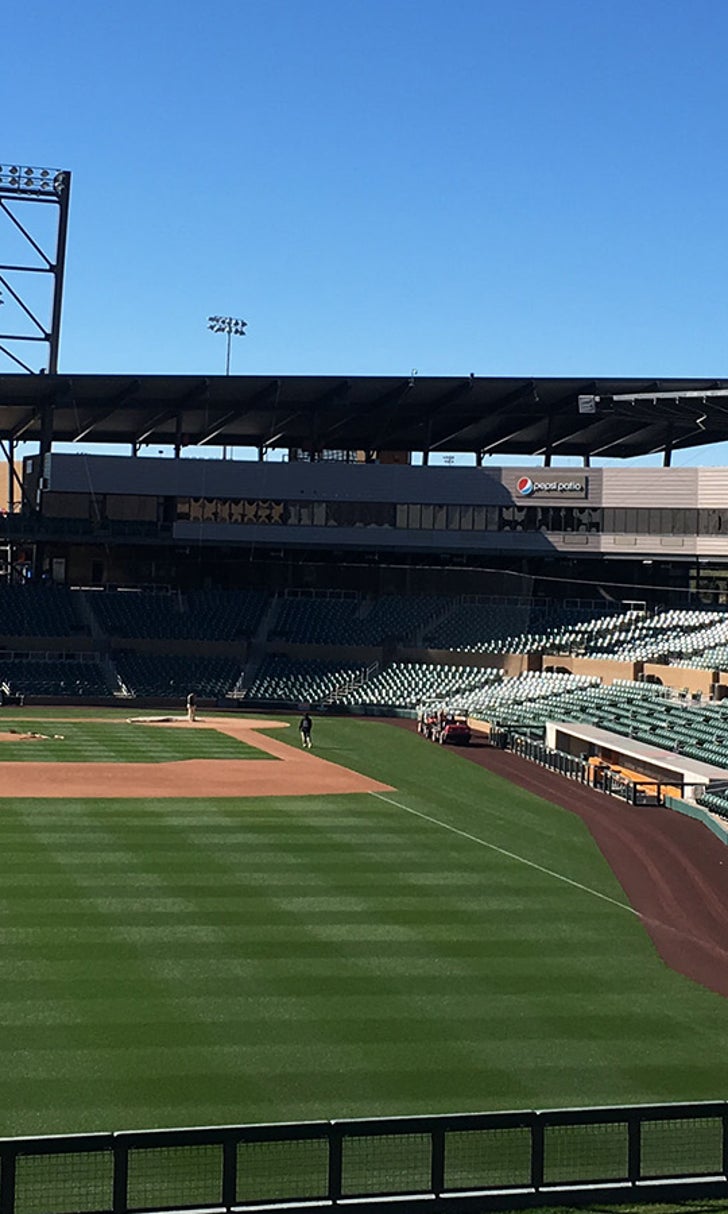 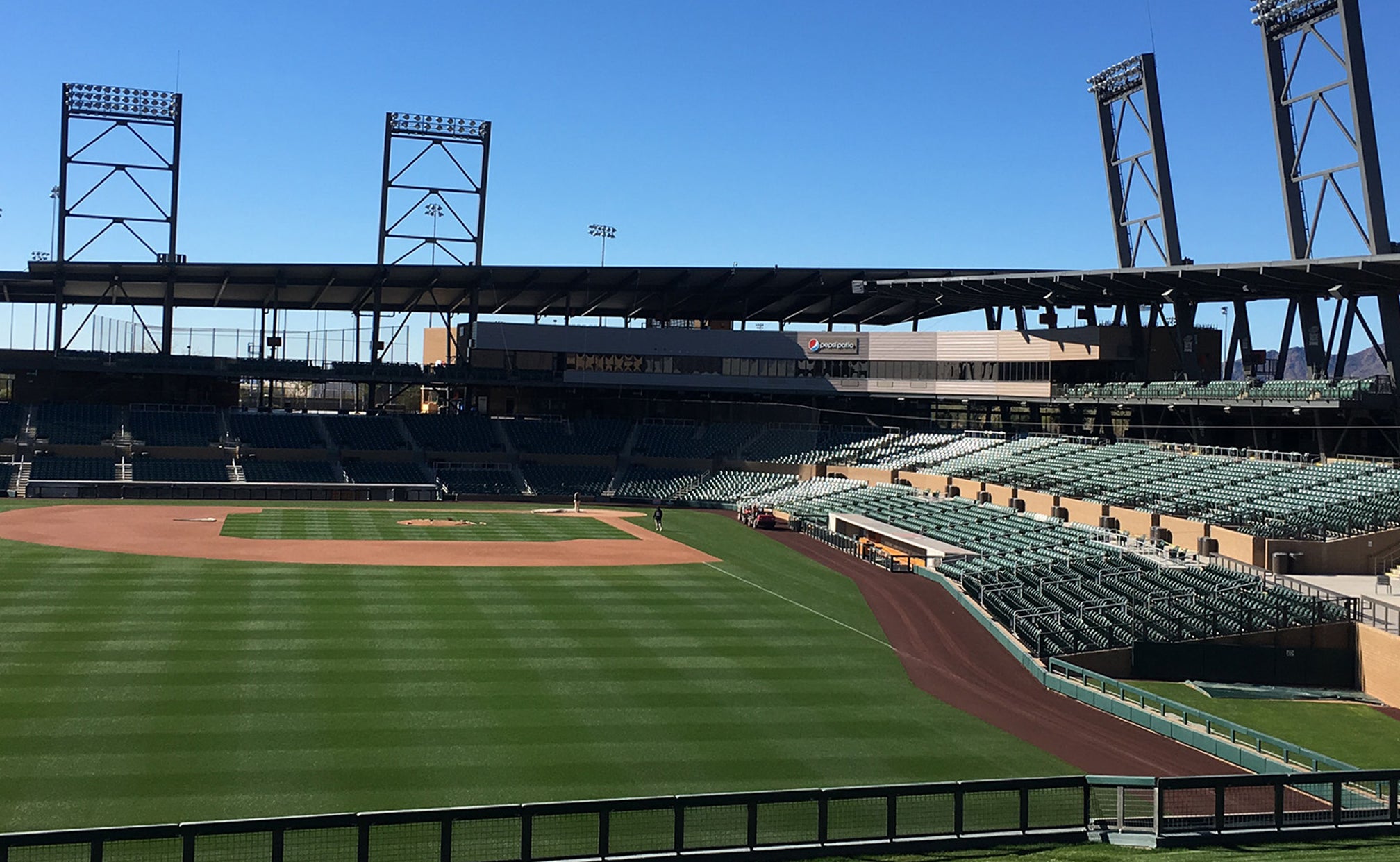 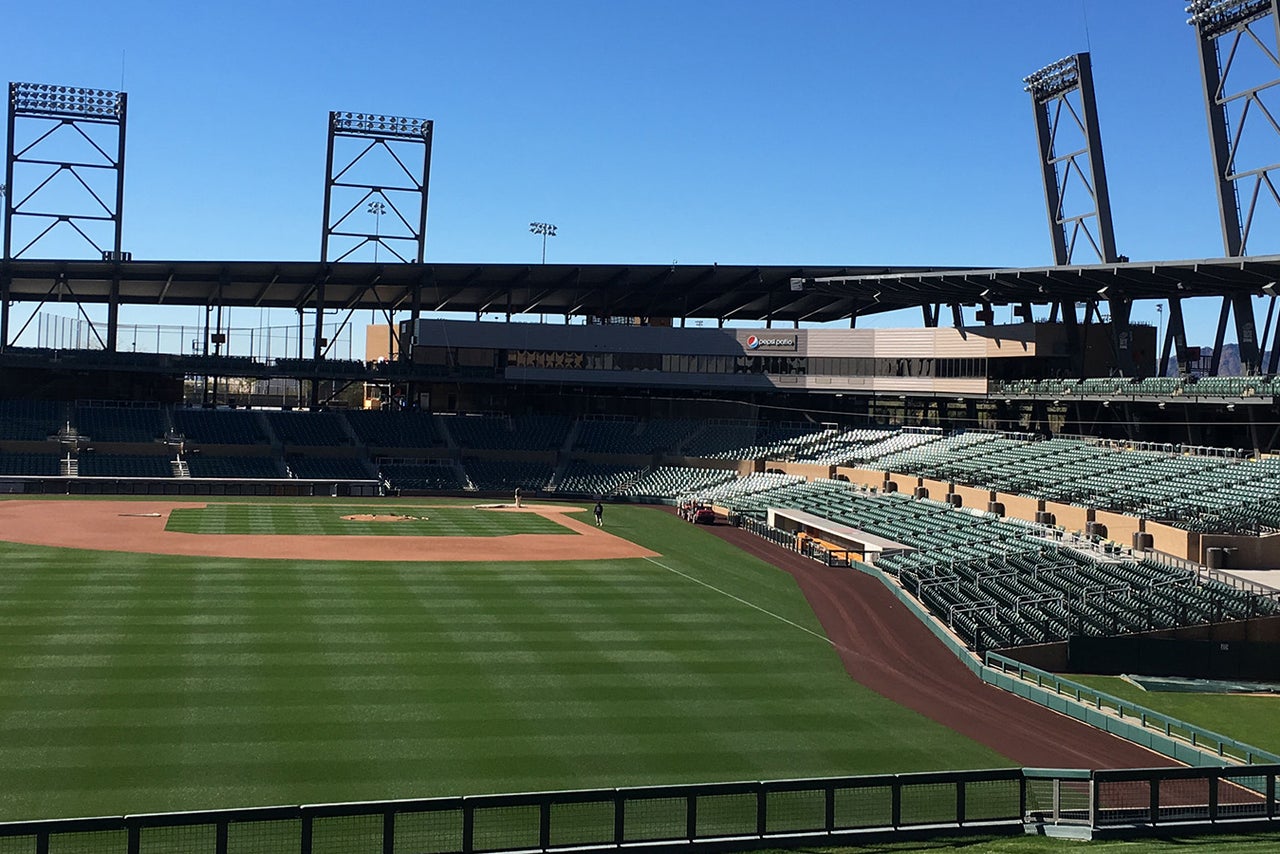 Feature: As the afternoon sun gets hotter, the seats get cooler. The main grandstand was designed so that as the game gets on, more of the seats are shaded. Oh, and it's impossible to miss the stunning mountain view on the horizon.

Autographs: Make sure you get to the game early and park yourself on the left and right field railing to snag the players as they walk into the stadium. Or if you like the easy way, both teams set up pregame autograph sessions on their respective concourses: left field for the Diamondbacks, right field for the Rockies.

Signature food: Salty Senorita is a staple in Arizona, so don't miss out on the margaritas and Mexican food while watching the Diamondbacks or Rockies play. And if you've got a sweet tooth, Cold Stone Creamery, whose corporate headquarters sits just across the street from Salt River Fields, sells inside the stadium as well.

Don't miss this: For the young ones, the Cold Stone Kids Fun Field is open an hour and 10 minutes before first pitch through the end of the seventh inning. Kids can play wiffle ball within sight of their heroes playing hardball.

Most expensive seat: Pick up a big win at the casino across the street? Sit in the Infield Box for $37.

Cheapest seat: What's better than a spring training game on the lawn? Grab a ticket for $11.

Pregame hotspot: If you're feeling brunch and baseball for your Sunday, you have to hit Butters Pancakes & Cafe, less than two miles away.

Nearby attraction: The best part of being on Native American land? Talking Stick Resort is a world-class casino and staycation destination, and it's less than 10 minutes away.

Feels like home: It's right down the road, but if you want a slice of Chase Field, the world-famous churro dog is available before the regular season begins. Sadly, no D-Bat Dog. Also, the logo of the stadium is a Diamondback rattler in the shape of the Rocky Mountains. Get it?