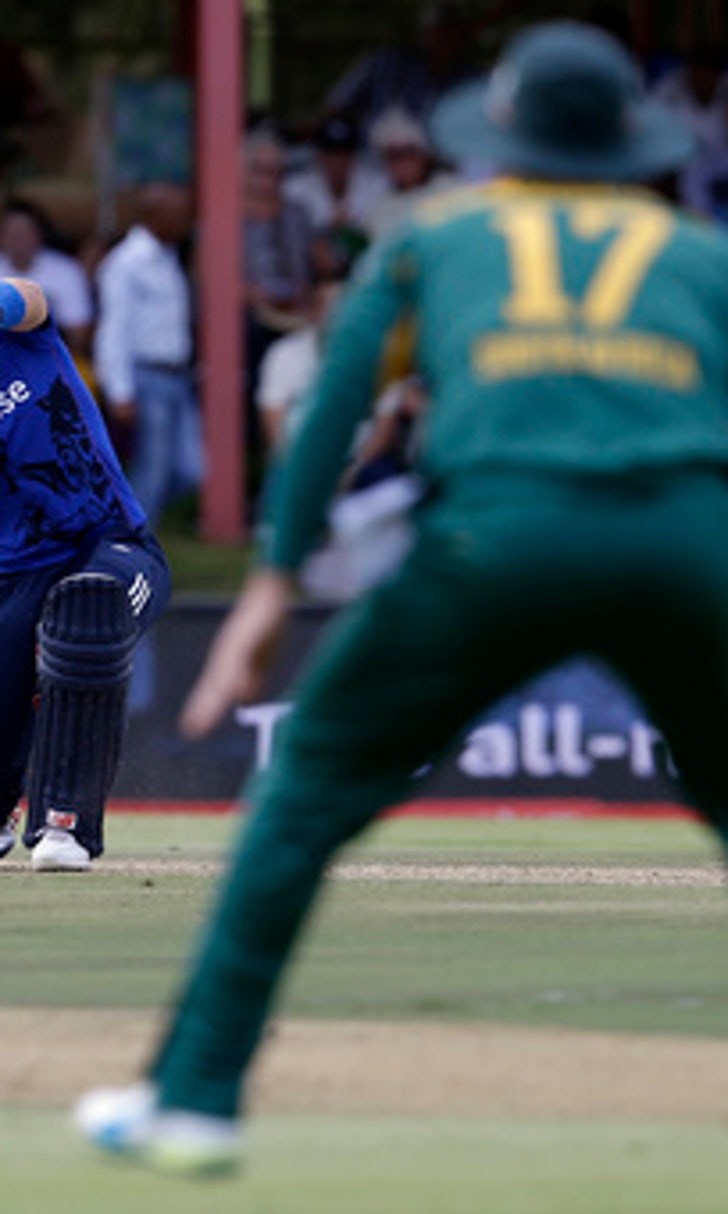 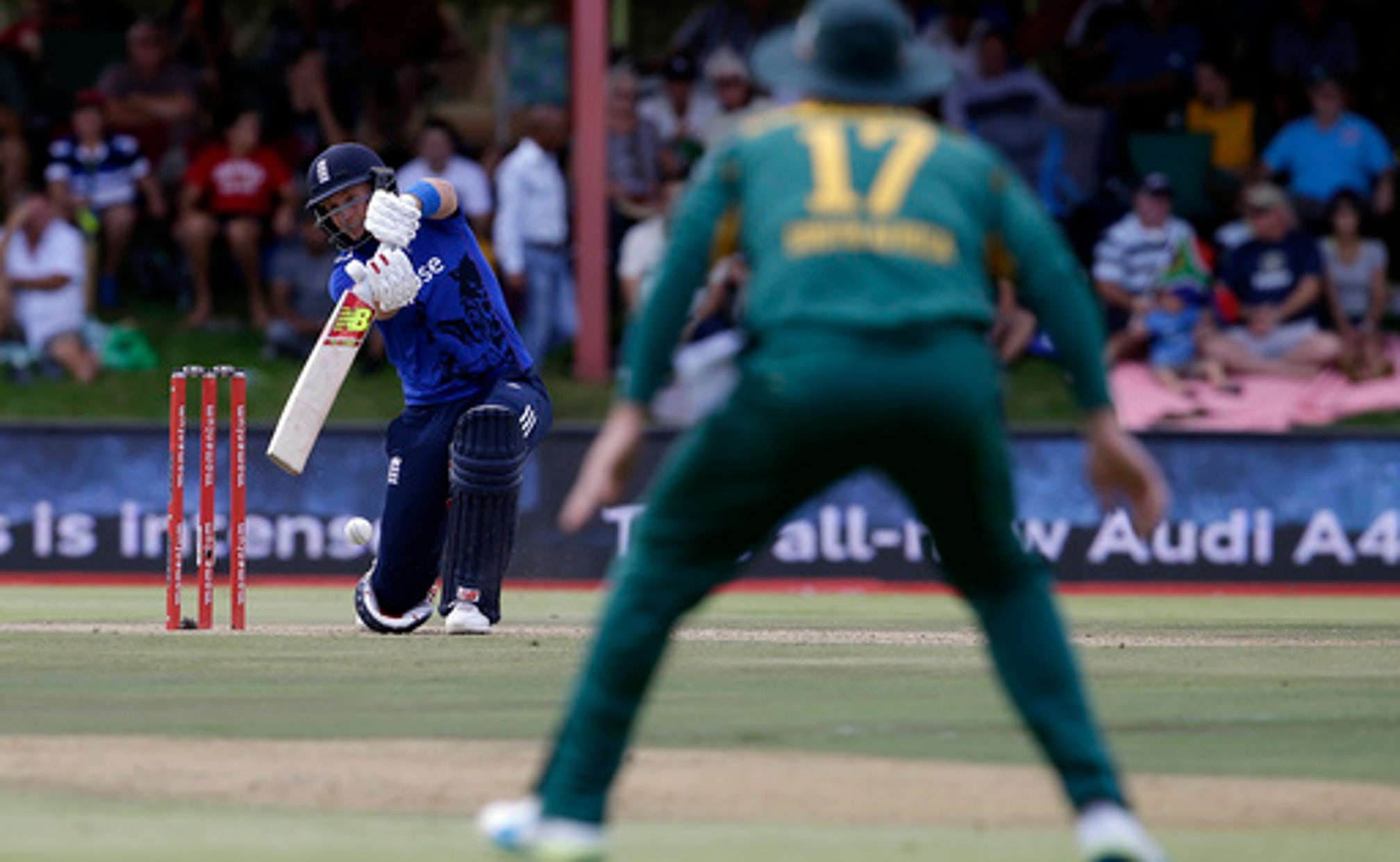 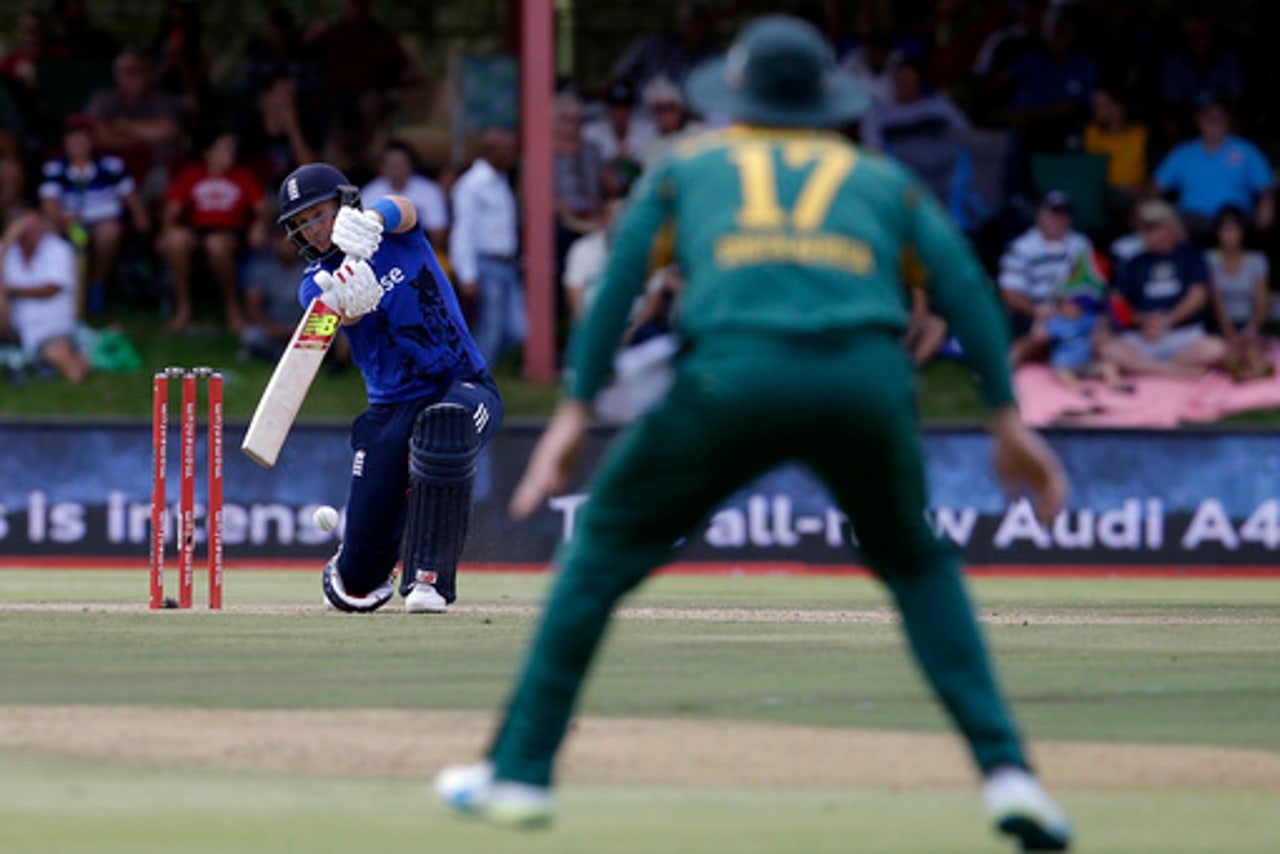 BLOEMFONTEIN, South Africa (AP) England beat South Africa by 39 runs on the Duckworth-Lewis method in the first one-day international on Wednesday, a result that already appeared likely before the rain when the tourists racked up a ground-record 399-9.

Jos Buttler was mainly responsible for the best ODI total ever at Mangaung Oval after decimating the South African bowling for his 105 off 76 balls.

South Africa threatened to get close to the huge target with opener Quinton de Kock's 138 not out, but slipped to 250-5 after 33.3 overs when the rain arrived.

Buttler was the best of a bunch of good knocks as England's batsmen hit the ground running in the first of five ODIs: Alex Hales made 57, Jason Roy 48, Joe Root contributed 52, and Ben Stokes clobbered 57.