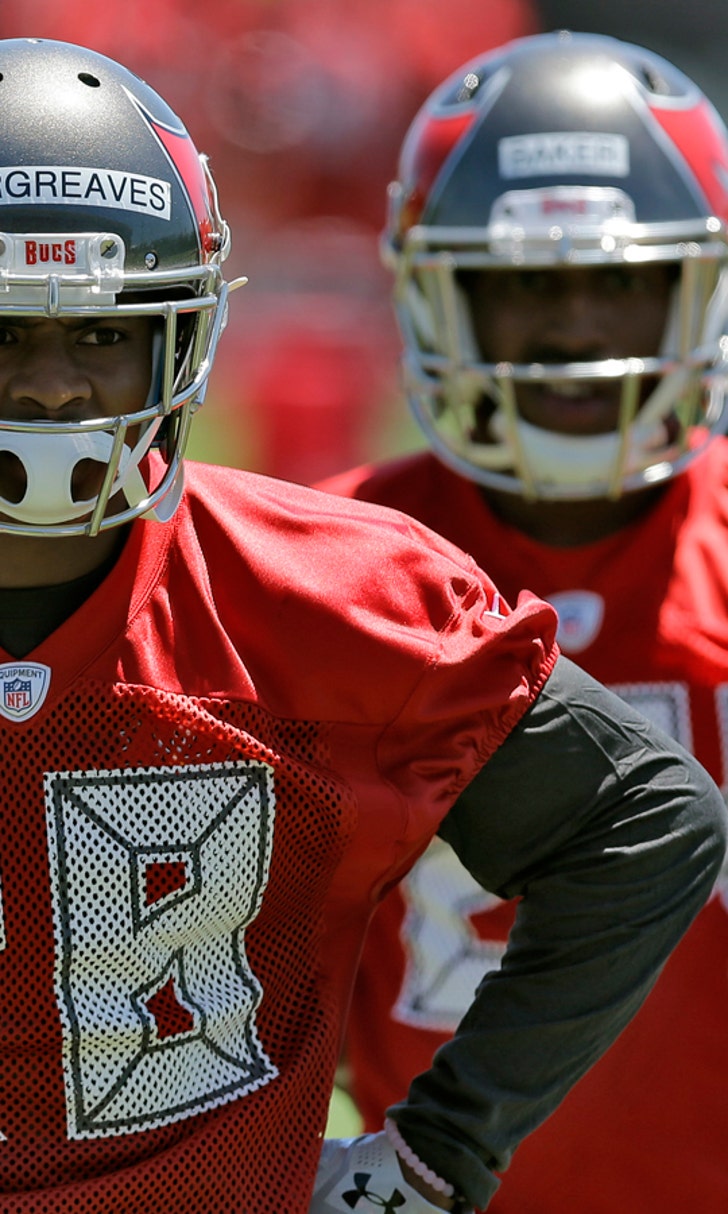 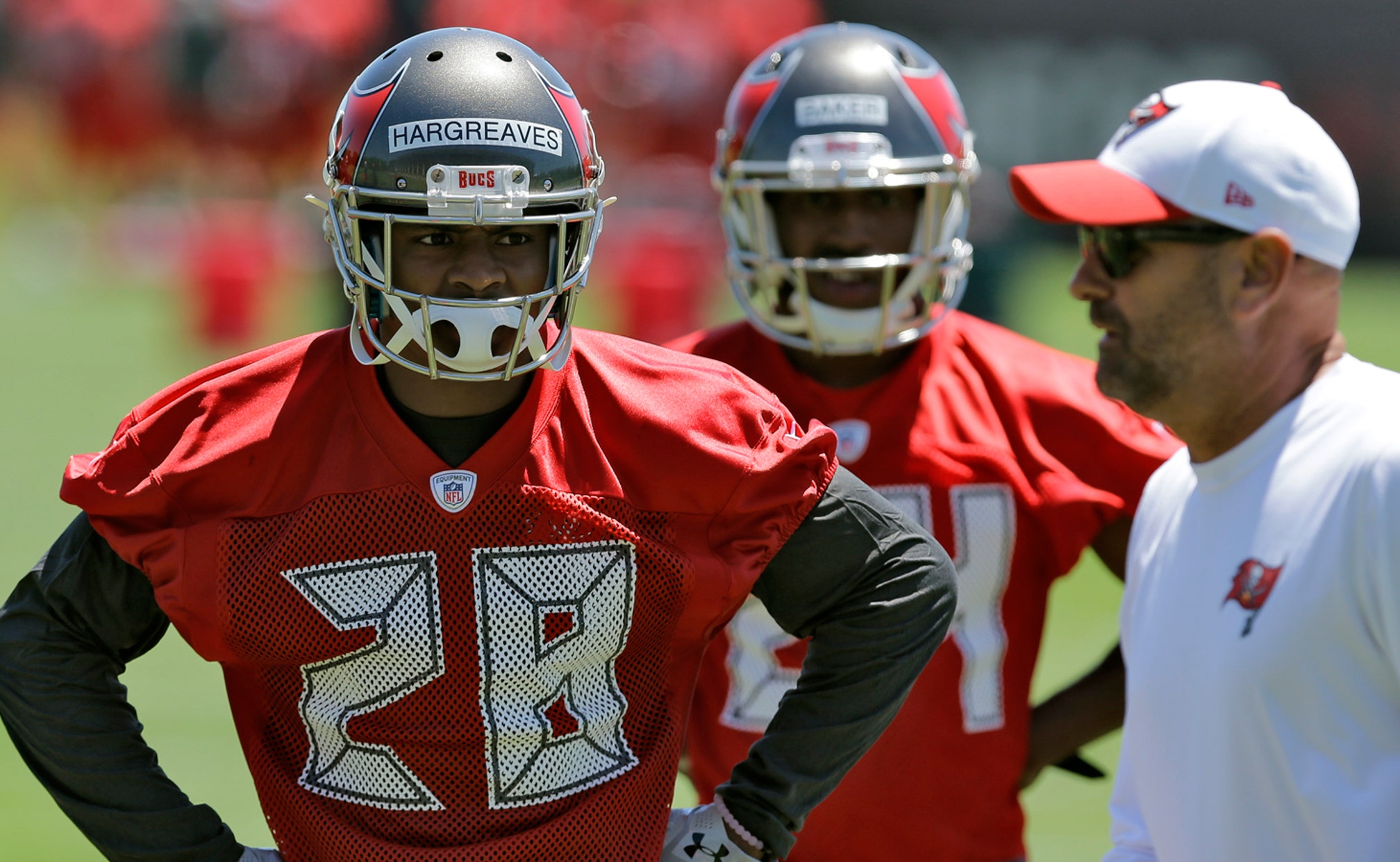 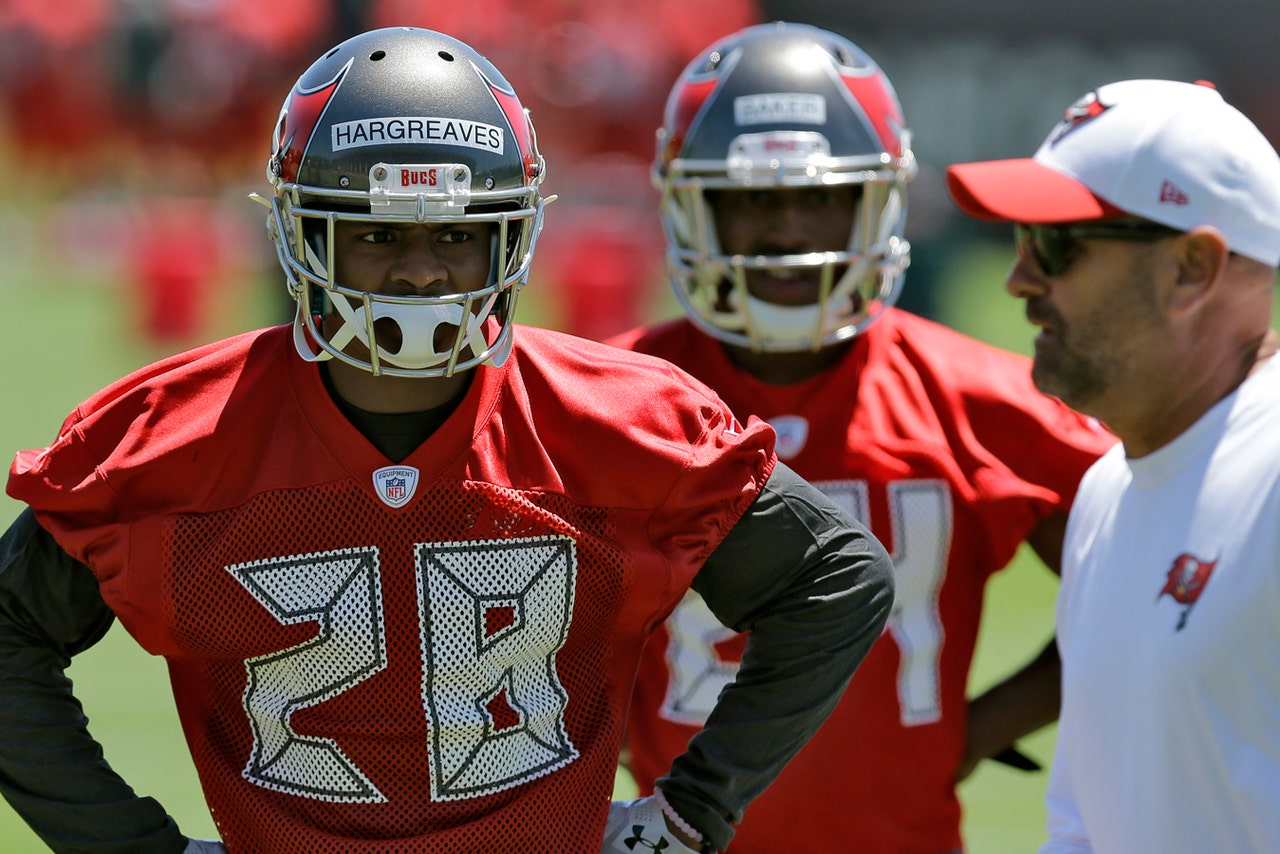 "Awesome," the former Florida cornerback said following a 90-minute, non-contact workout in shorts, jerseys and helmets. "I've got nothing to worry about but playing ball now."

Hargreaves, an All-American last season and a three-time All Southeastern Conference selection with the Gators, was the 11th overall selection last week.

A hometown favorite of sorts after moving to Tampa as a teenager and playing at Wharton High School, Hargreaves is the highest drafted cornerback in team history. He's slotted for an $8.5 million signing bonus and expected to have an immediate impact in a defense that allowed opponents to complete 70 percent of passes and throw for 31 touchdowns last season.

The 20-year-old wasn't the only one pleased to have the rookie's contract situation out of the way so soon after the draft.

"That's one of the best things about the way the contracts are structured now," coach Dirk Koetter said. "You get those guys signed early, they can come out here and just go to work and not be worried about their contract."

Hargreaves was the third cornerback selected in the draft behind Jalen Ramsey (fifth overall, Jacksonville) and Eli Apple (No. 10, New York Giants). He's one of 51 young players participating in the minicamp that runs through Sunday.

"It's awesome," Hargreaves repeated. "Finally get to play some real football. No more of that combine stuff. Finally get to get out here and cover some people and make some plays."

One More Matchup For The Ages
Tom Brady and Drew Brees have faced countless big occasions before, yet Sunday’s showdown between the Bucs and Saints feels different.
14 hours ago

Best Bets For The NFL Divisional Round
Baker to cover vs. the Chiefs? The Ravens over everyone's Cinderella? Jason McIntyre breaks down how to win this weekend.
23 hours ago

'Perls' of Wisdom for Divisional Round
Sara Perlman lists her favorite prop bets for the divisional playoffs, anticipating a big game from Patrick Mahomes.
1 day ago
those were the latest stories
Want to see more?
View All Stories
Fox Sports™ and © 2021 Fox Media LLC and Fox Sports Interactive Media, LLC. All rights reserved. Use of this website (including any and all parts and components) constitutes your acceptance of these Terms of Use and Updated Privacy Policy. Advertising Choices. Do Not Sell my Personal Info