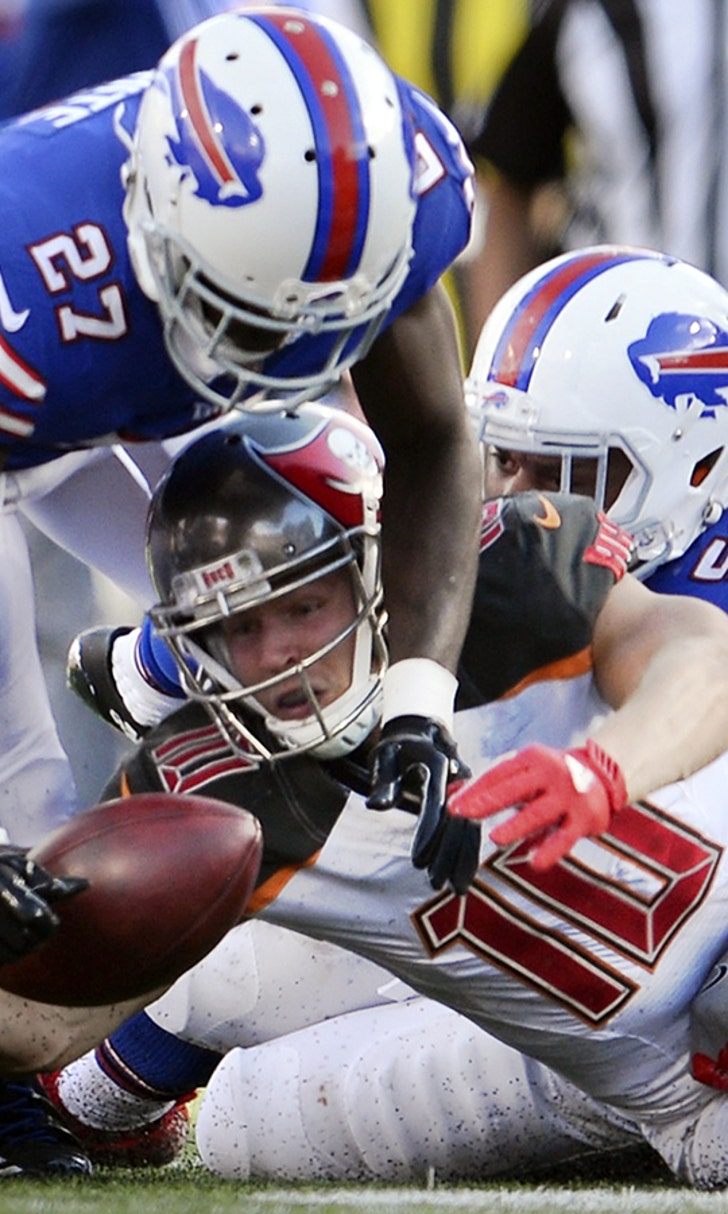 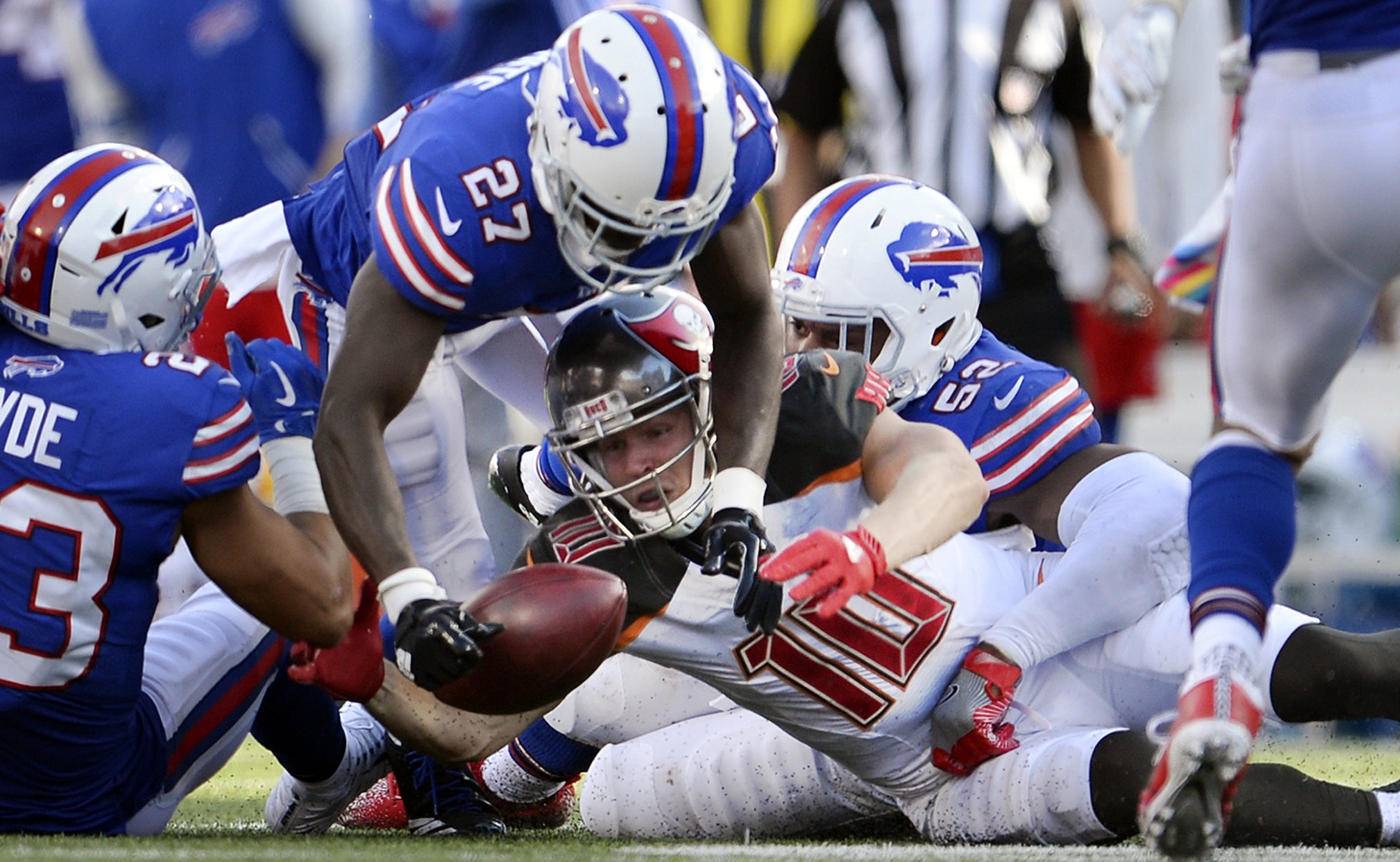 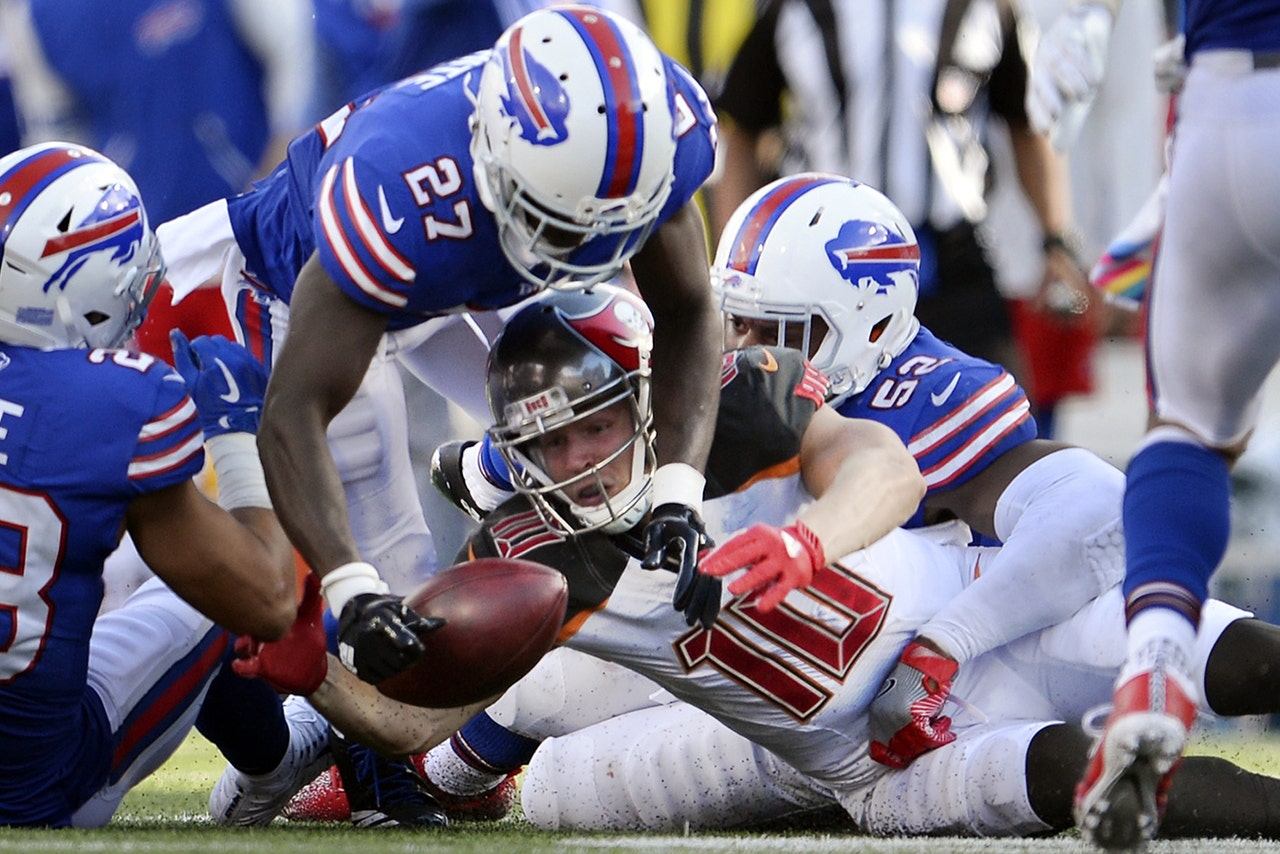 A week after spraining his right shoulder, Winston had 384 yards passing -- the second-most of his career -- and three touchdowns. That still wasn't enough in a game the Buccaneers gave up 10 points -- including Stephen Hauschka's 30-yard field goal with 14 seconds left -- in the final 2:28 of a 30-27 loss to the Buffalo Bills on Sunday.

"It's tough to lose," was Winston's lone response when asked how he felt physically.

"We fight. We know we've got it in us," Winston added, before holding up four fingers for effect.

"We just have to find a way to do it for four quarters," he said. "Four quarters is what the game is. Not just two. Not just three. Four."

Last week, the Bucs were unable to overcome Winston being hurt on the opening drive, or after falling behind 31-0 in a 38-33 loss at Arizona. Two weeks earlier, former kicker Nick Folk missed three field-goal attempts in a 19-14 loss to New England.

Against Buffalo, Winston rallied the Bucs from a 17-6 deficit to take a 27-20 lead on a 12-yard touchdown pass to Mike Evans with 3:14 remaining.

Then the bottom fell out.

Tampa Bay's defense sagged by allowing the Bills to tie the game on a three-play, 75-yard drive capped by LeSean McCoy's 7-yard run.

Then the offense unraveled on its first play from scrimmage of its next possession. Bills rookie cornerback Tre'Davious White stripped receiver Adam Humphries of the ball and recovered it at Tampa Bay's 33 to set up Hauschka's field goal.

"We dug in, we've got to dig out," coach Dirk Koetter said. "I believe in those guys. We didn't do enough today. And all we can do is come back next week."

The Bucs defense, which entered the game with the NFL's second-worse against the pass, once again proved to be a weak link. Buffalo posted season highs in points, yards offense (434) and yards passing.

Tyrod Taylor finished 20 of 33 for 268 yards and a touchdown with an injury-depleted group of receivers. Deonte Thompson, who was signed on Tuesday, led Buffalo with 107 yards receiving.

"Just stay the course. Don't blink. Don't flinch," defensive tackle Gerald McCoy said. "Everybody else around us gets to sulk and do all this other stuff, but for us as a team, as coaches, we just have to go back to work."

Winston's performance wasn't without its blemishes. He turned the ball over twice over the final three possessions of the first half.

Winston lost a fumble when he was sacked by Ryan Davis. He also threw an interception with 23 seconds left, when linebacker Matt Milano picked off a pass intended for Cameron Brate to give Buffalo the ball at the Bucs 26.

Buffalo failed to score off both of Winston's turnovers.

"This is a great chance for this team to show how resilient we are," Winston said. "I know we're going to keep battling. We've got to find a way to win."

Rams Defense Dominates Brady On MNF
The clutch Brady of old was nowhere to be found Monday. Instead, Sean McVay's squad simply made the Bucs QB look old.
13 hours ago