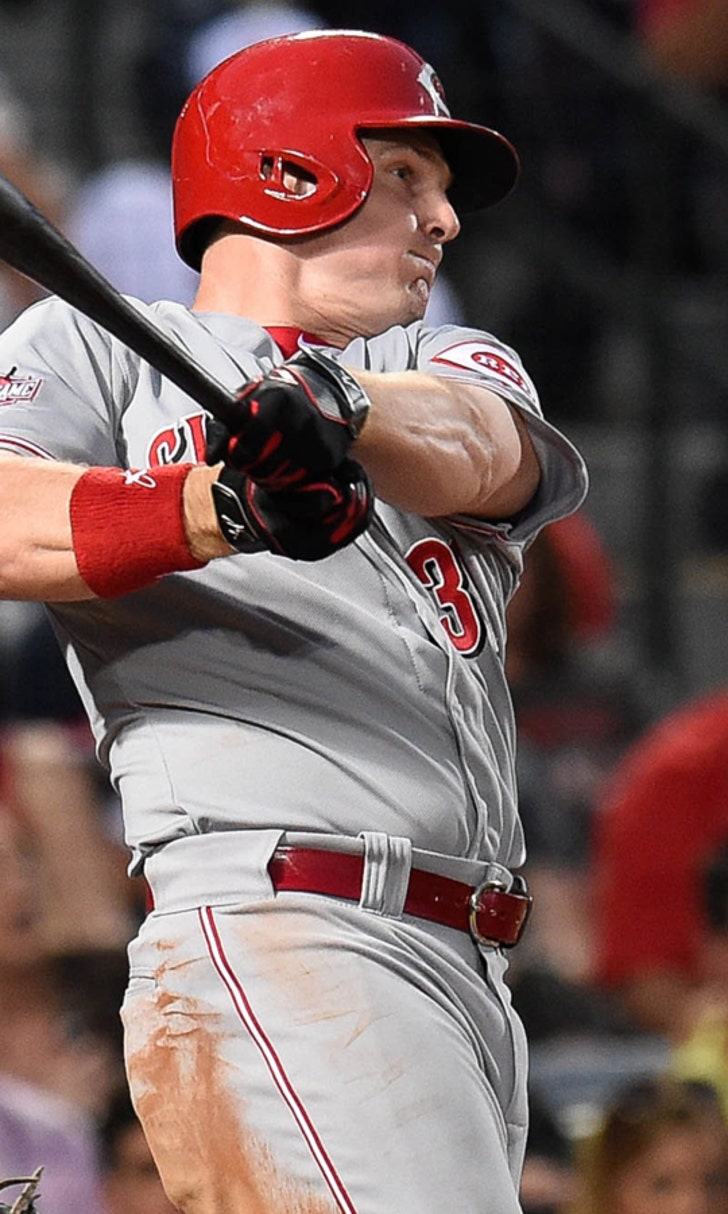 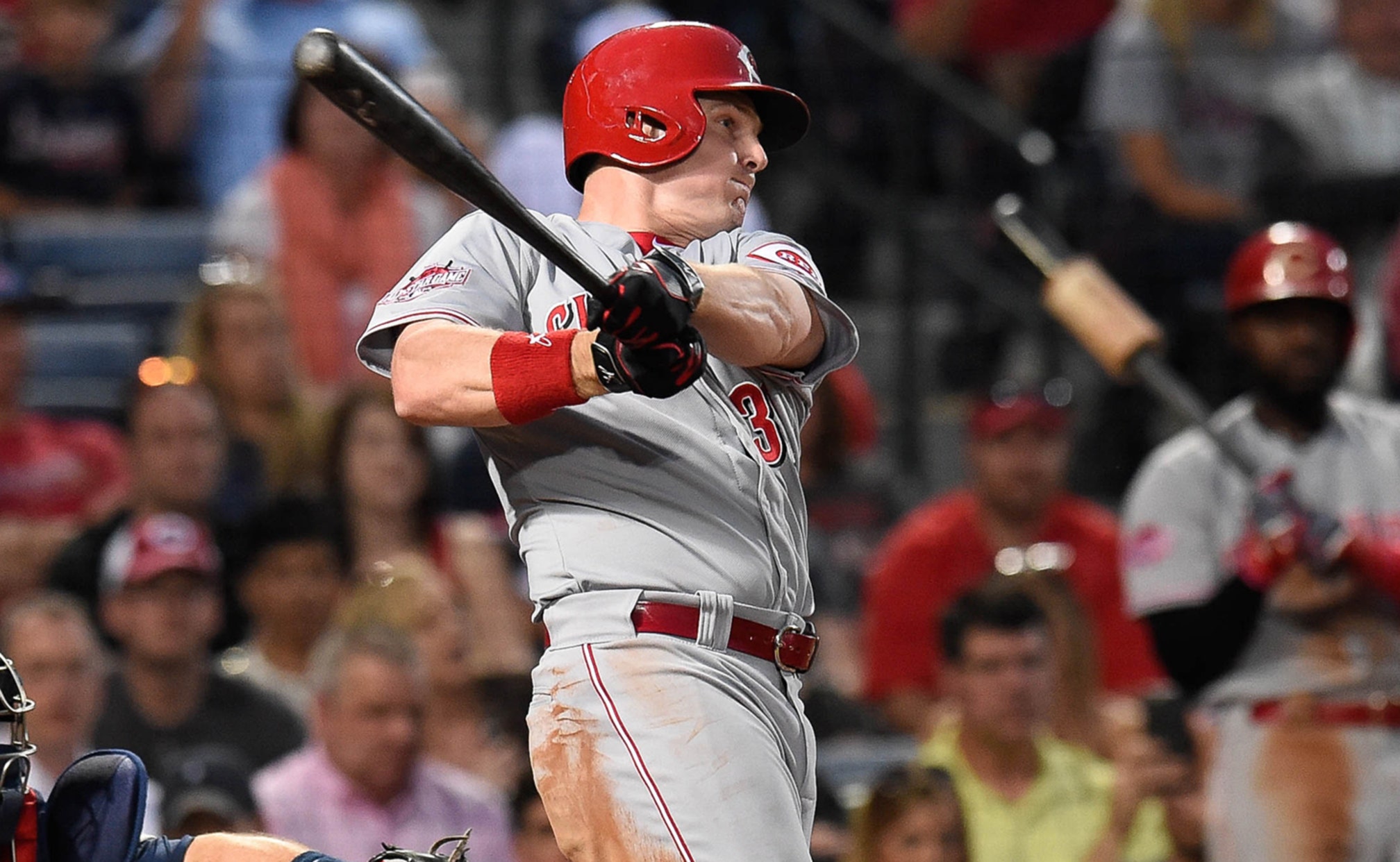 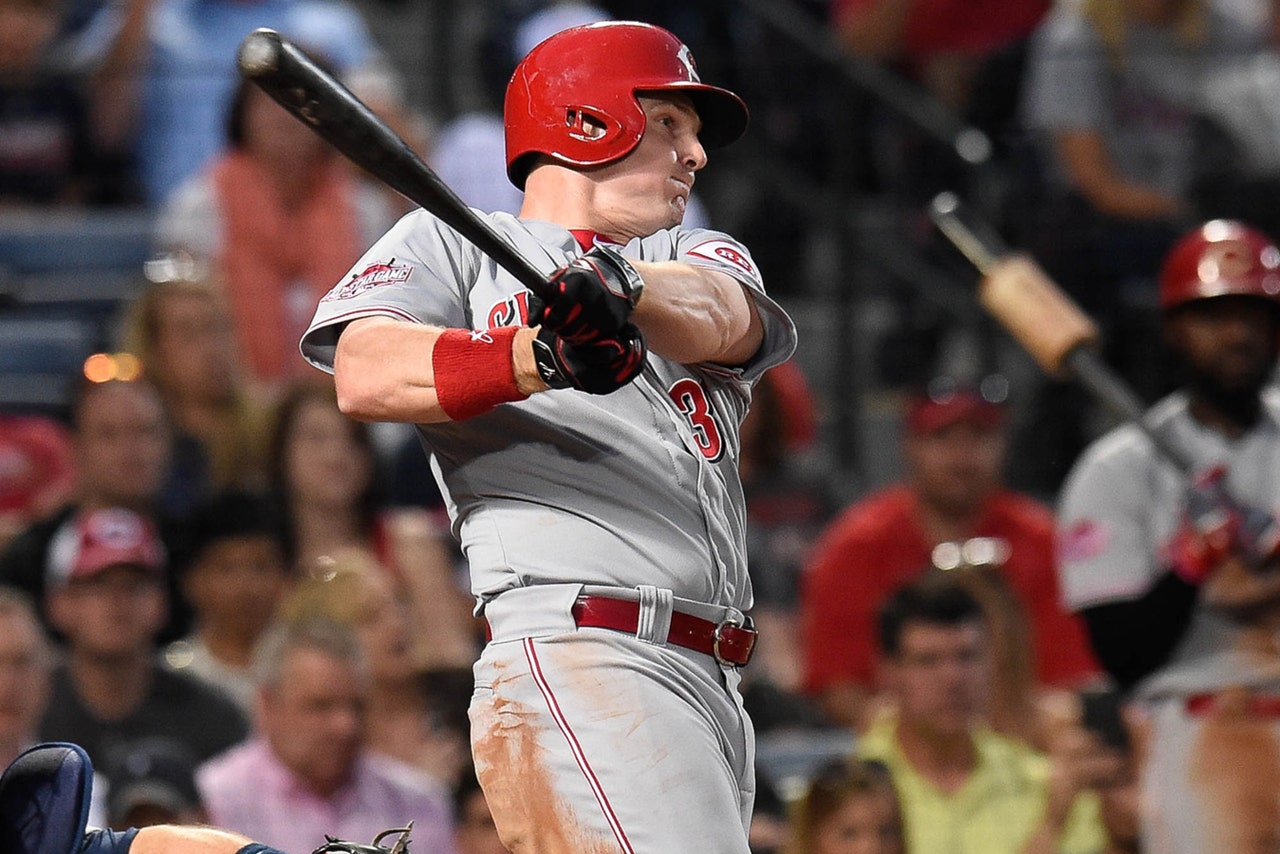 ATLANTA (AP) -- Jay Bruce powered two long triples, Marlon Byrd broke out of his slump and Zack Cozart had three hits to lead the Reds to an 8-4 victory over the Atlanta Braves on Saturday night.

Jason Marquis (3-1) pitched effectively against the team that drafted him in 1996, going 6 1-3 innings, giving up three runs and striking out four.

Bruce hit a two-run triple in the fifth inning and scored after his triple in the fourth. It was the first time the seven-year veteran has hit two in a game.

Byrd, who entered the game hitting .163, went 2-for-3, with a walk and the homer. He also made a diving catch in left field.

Bruce ignited the Reds in the fourth with his two-out three-bagger that sailed just over Kelly Johnson in left field and hit the base of the Turner Field wall.

Brandon Phillips then singled on a deep ground ball to shortstop Andrelton Simmons, who couldn't come up with it. It scored Bruce and broke a scoreless tie. Phillips stole second, then came home on an RBI single by Brayan Pena.

Reds relief pitcher Tony Cingrani got the Reds out of trouble in the seventh, coming in and striking out Nick Markakis with two on and the Reds leading 6-3. Cozart gave the Reds some breathing room in the ninth with a two-run home run, his third hit of the game.

Braves center fielder Cameron Maybin made the most of his first start since April 28, driving a two-run homer to left field that brought the Braves within 4-2. Maybin, who was acquired in the Craig Kimbrel trade, has been sharing time with Eric Young Jr. He was 2 for 3 with three RBIs.

Braves: The Braves transferred LHP Mike Minor from the 15-day to 60-day DL. Minor has left shoulder inflammation and has no timetable for a return, according to Braves general manager John Hart. "We don't see him coming back anytime soon," he said. "At this point, things haven't progressed."

Reds: Ace Johnny Cueto (2-2) takes the mound for the finale of the four-game series. Four of Cueto's first five appearances this season have been quality starts and he boasts a 1.95 ERA. Cueto threw eight shutout innings against the Braves in his only appearance against them in 2014 as the Reds lost 1-0 in 10 innings.

Braves: Julio Teheran (2-1) will look to bounce back three sub-par starts that have seen him surrender 12 runs in 15 innings (7.20 ERA). He said he is seeking to rely more on his fastball against the Reds, against whom he did not allow a run in 14 innings last season (1-0, 0.00).