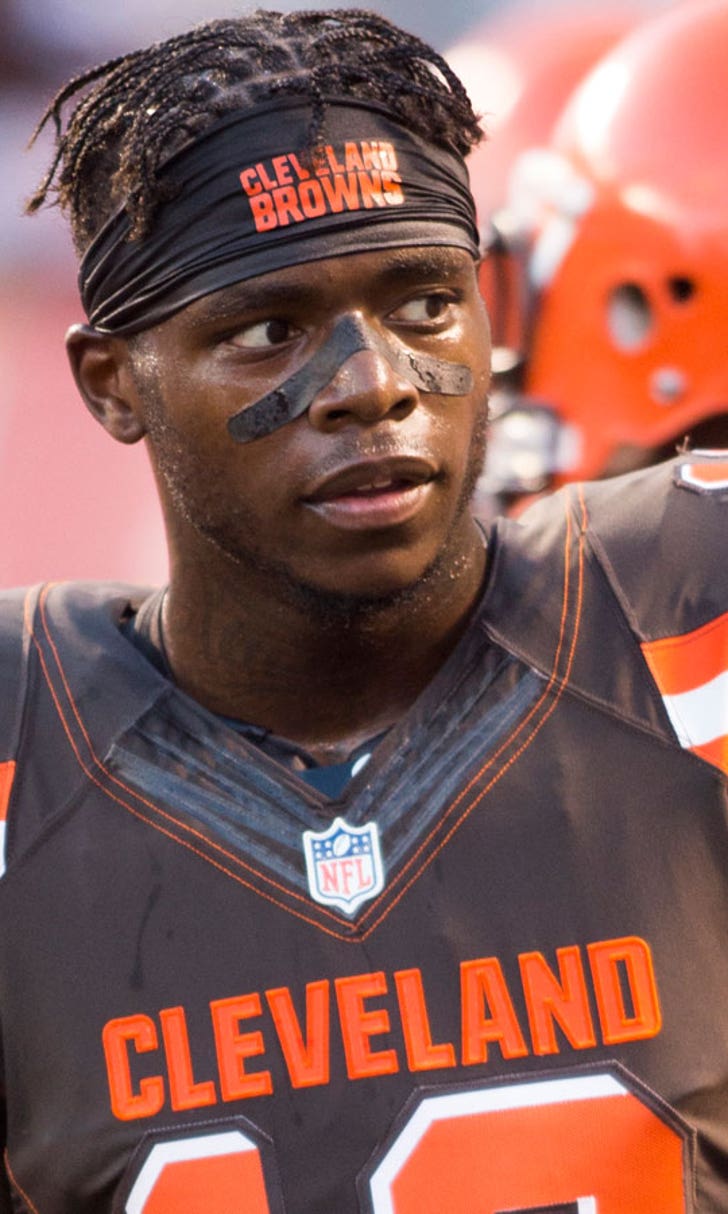 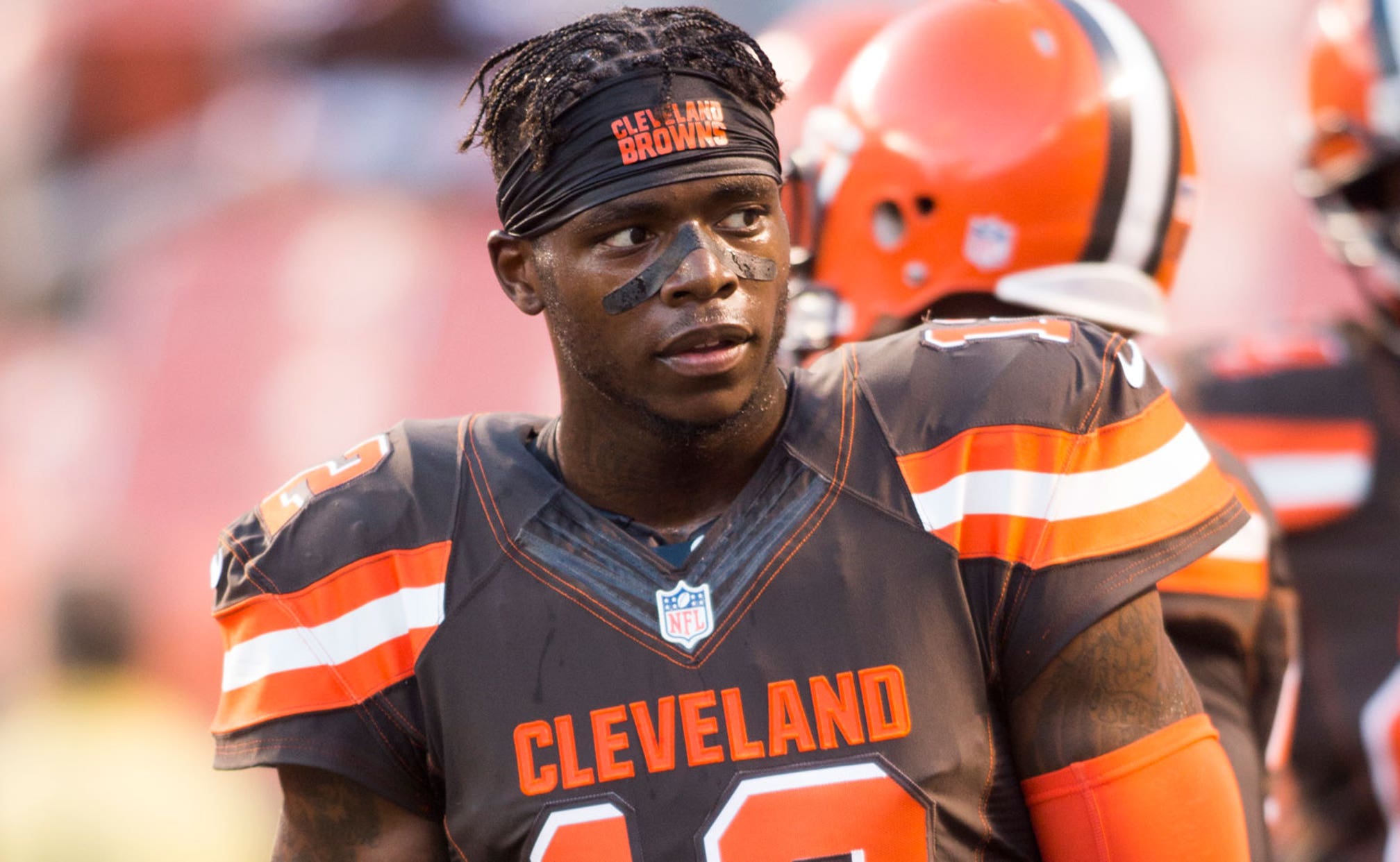 Browns' Josh Gordon: 'Sometimes you have to do what's best for you' 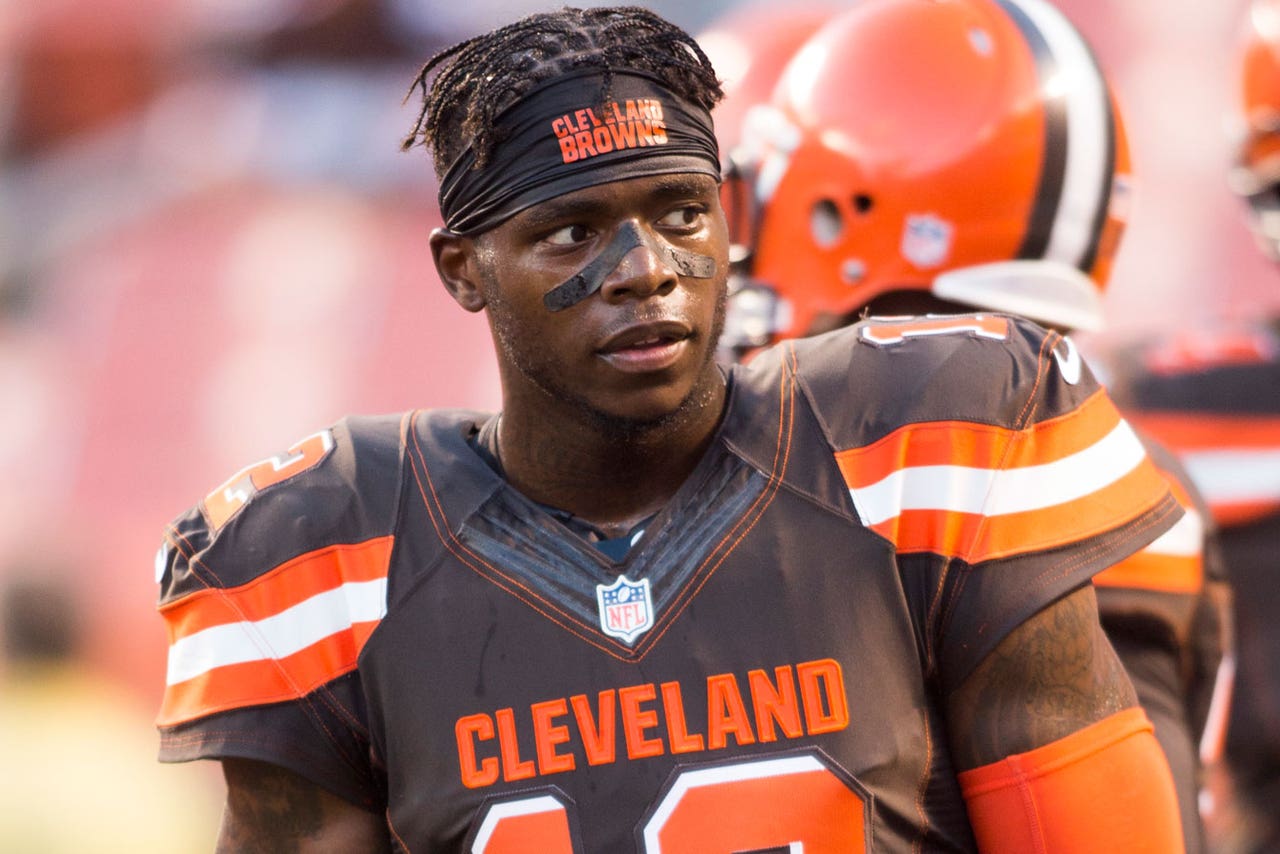 CLEVELAND (AP) -- Josh Gordon isn't going back on the field until he gets a tighter grip on his life.

The suspended Cleveland Browns wide receiver, whose talent has been little more than a tease for several years as he battled personal demons, said Thursday he's entering rehab and putting his promising NFL career on hold.

Gordon was eligible to return from his latest four-game suspension next week and possibly play against New England on Oct. 9, when Patriots quarterback Tom Brady will return from his "Deflategate" ban.

However, the troubled Gordon's future is again uncertain after he chose to seek professional help.

Gordon released a statement through the Browns, who have stood by him but may need to move on.

"After careful thought and deep consideration I've decided that I need to step away from pursuing my return to the Browns and my football career to enter an in-patient rehabilitation facility," he said.

"This is the right decision for me and one that I hope will enable me to gain full control of my life and continue on a path to reach my full potential as a person.

"I appreciate the support of the NFL, NFLPA, the Browns, my teammates, my agent and the community through this extremely challenging process."

Gordon has been suspended by the NFL in the past for marijuana and alcohol abuse. The 25-year-old did not indicate why he's seeking treatment.

The Browns had been encouraged by the progress Gordon seemed to be making during his suspension, which followed him being banned for one year by Commissioner Roger Goodell. Gordon met with Goodell a few months ago and was being given another chance to get his personal life in order.

League spokesman Brian McCarthy would not comment on Gordon's status with the Browns.

"Our concern is with Josh's well-being," he said.

Shortly after his statement was released, Gordon posted a tweet, saying he had been under a lot of pressure and stress lately and he needed time for himself.

"Sometimes you have to do what's best for you," he wrote.

Later, he posted another message: "See ya soon."

However, there's no telling when he'll be back or if he'll play another game. The Browns have done all they can for him, but with a young team, new coaching staff and front office looking toward the future, Gordon may soon be in their past for good.

A Pro Bowl selection in 2013 when he led the league with 1,646 yards receiving, Gordon played in two preseason games after being slowed in training camp with a leg injury.

During his suspension, Gordon was only allowed to attend meetings with the Browns. When they practiced, he couldn't join his teammates on the field and he was not permitted to speak with the media.

Gordon was usually wearing headphones when he entered the locker room and rarely acknowledged reporters.

Sashi Brown, the team's vice president of football operations, said the team has Gordon's back.

"We support Josh in taking this step to seek additional help and treatment," he said. "His singular focus must be on his own health. We want nothing more than for Josh to be successful personally and professionally."

Gordon has been suspended for 30 of Cleveland's past 35 games.

Last week, Gordon had to appear in court after a warrant was issued for his arrest in connection with a paternity suit filed by a woman who alleges he is the father of a 1-year-old girl. The warrant was withdrawn after Gordon agreed to take a DNA test.

Browns coach Hue Jackson did not comment on Gordon's personal issues, but said he was handling his professional matters.

"He still is doing well, in my opinion," Jackson said. "I can't tell you about everything that goes on outside of this building -- but I know in this building, in our meetings with me, with our coaches, with the players, he has been outstanding. That's what I have to judge on. Now we'll find out about this other part and know a little bit more about it as we move forward. I have nothing but great things to say about Josh."

The Browns had been hoping Gordon could stay clean and get back in uniform. They were looking forward to pairing him up with wide receiver Terrelle Pryor, a combination that may remain nothing more than fantasy.

Latest on Andy Dalton, OBJ Injuries
Two big-name players and franchises suffered injuries on Sunday. Here's what you need to know.
4 hours ago

NFL's Top Plays Of Week 7
Sunday's early games ended in absolutely wild fashion. Here are the biggest moments from Week 7 so far, as they happen!
7 hours ago

Trust In Russ
As he makes his picks for Week 7, Jason McIntyre has a very simple reason he's taking Russell Wilson and the Seahawks.
8 hours ago

As Odell's World Turns
Odell Beckham Jr. has never been one to shy away from the spotlight. And this week has been no different.
3 days ago

Bounce Back For The Pack?
After their embarrassing loss to the Bucs, Jason McIntyre's backing Aaron Rodgers & Co. this week. Here's why.
5 days ago
those were the latest stories
Want to see more?
View All Stories
Fox Sports™ and © 2020 Fox Media LLC and Fox Sports Interactive Media, LLC. All rights reserved. Use of this website (including any and all parts and components) constitutes your acceptance of these Terms of Use and Updated Privacy Policy. Advertising Choices. Do Not Sell my Personal Info