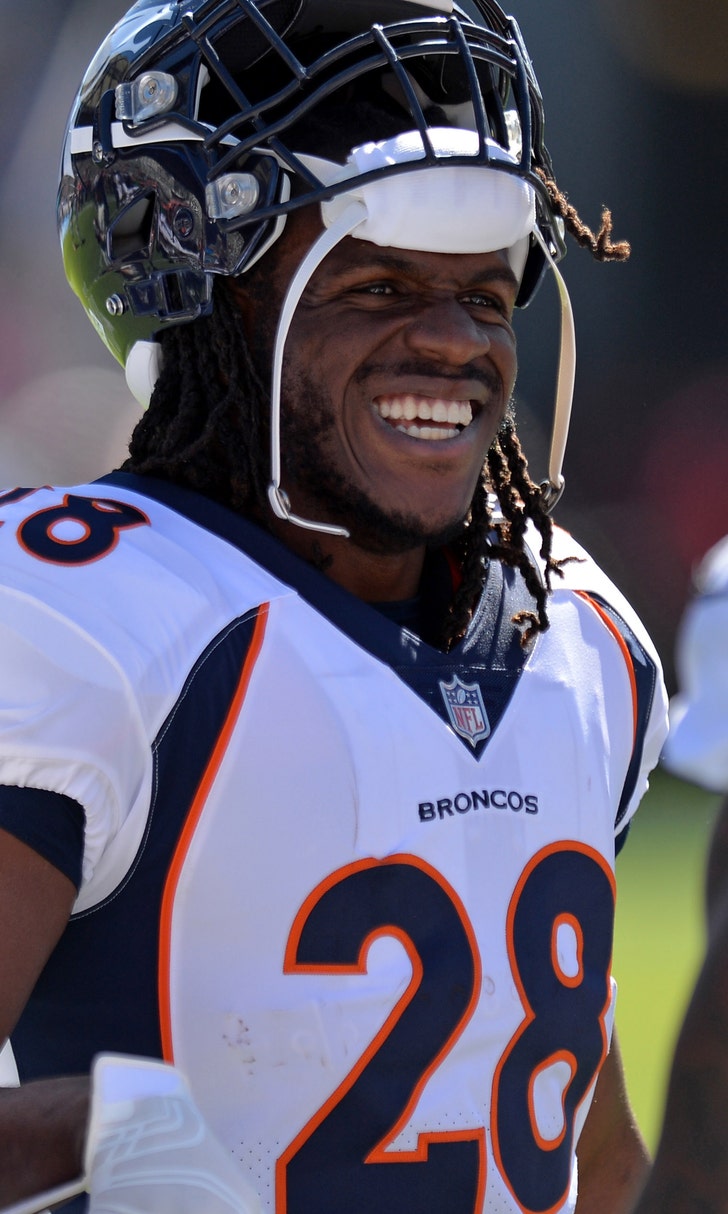 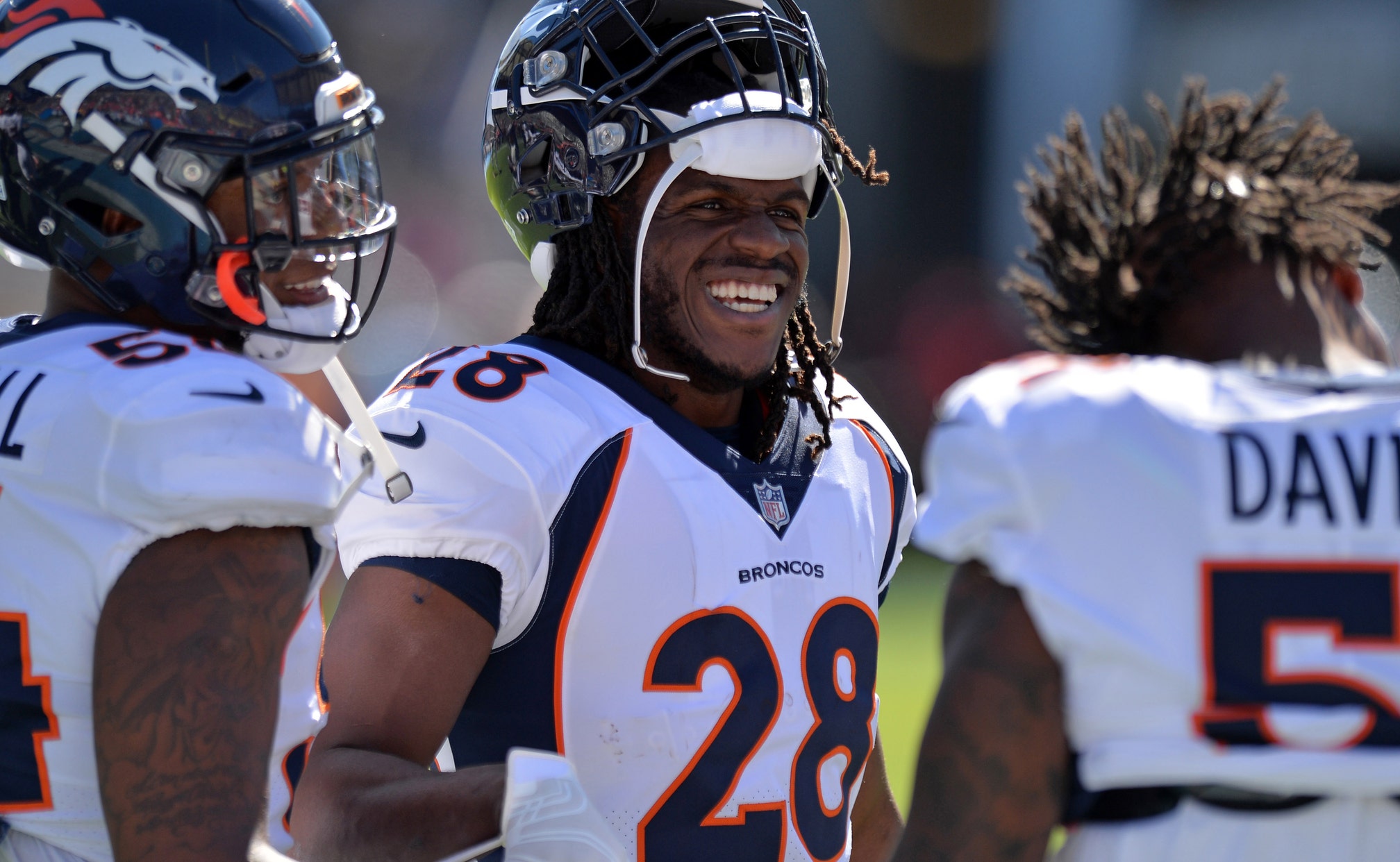 Broncos' Charles before his return to KC: 'In my heart, I'm always a Chief' 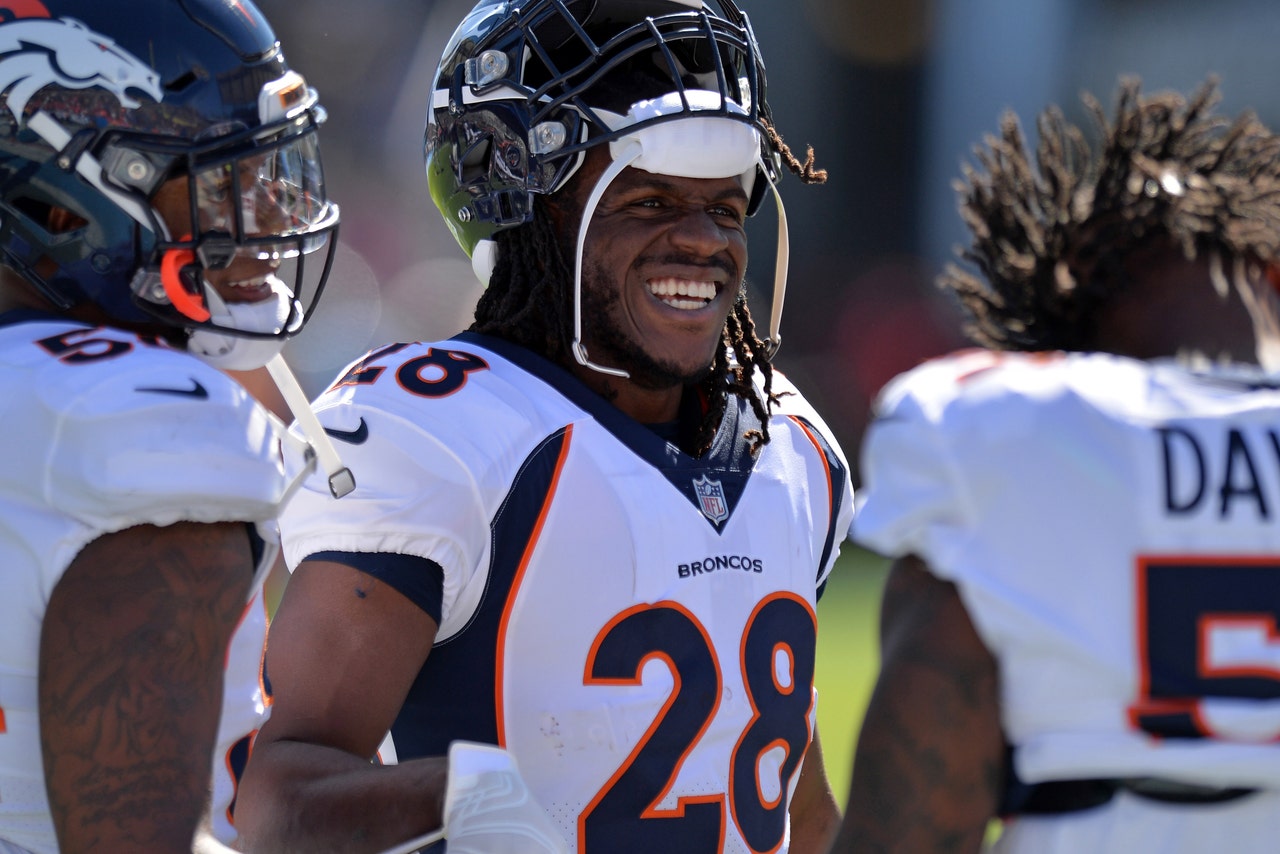 KANSAS CITY, Mo. -- Jamaal Charles ran through the tunnel onto the field at Arrowhead Stadium 51 times as he built a legacy in Kansas City as the Chiefs' all-time leading rusher.

Even so, he is unsure what response awaits him Monday night when he takes the field as a member of the Denver Broncos.

"I really don't even know," Charles said. "I'm just going up in there to play football like I've been doing my whole life. I gave my all when I was with the Chiefs."

Charles' saga over the last two years provided a roller coaster of emotions for the 30-year-old running back, who rushed for 7,260 yards, added 2,457 receiving and scored 63 touchdowns over nine seasons in Kansas City. Charles tore the ACL in his right knee in October 2015, costing him the bulk of his season. He returned in 2016, but knee inflammation limited him to only 12 carries in three games.

The Chiefs (5-2) parted ways with Charles in February, and the four-time Pro Bowler signed in May with the Broncos (3-3).

"A lot of people think I'm a traitor just because I'm playing with the Broncos, but I'm just trying to get me a job at the end of the day," Charles said. "I'm happy that the Broncos kept that dream alive for me. I'm happy to continue to start a legacy after ... I started one with the Chiefs."

Charles is averaging eight touches per game through the Broncos' first six contests, but coach Vance Joseph envisions an expanded role for the veteran as the season progresses.

"Some of it by purpose, some of it just the games we've been in, but absolutely, we want to get him more touches because he's so explosive," Joseph said. "I'm just waiting for him to have one of those Jamaal Charles breakout runs."

More touches for Charles appears exactly what the struggling Denver offense needs. Joseph said the Broncos play their best when running the football, avoiding long third downs and dictating terms to the defense.

The Chiefs put an emphasis on quashing the run last week against Oakland and succeeded, holding the Raiders to 88 yards on the ground. However, Oakland quarterback Derek Carr gashed Kansas City's pass defense for 417 yards, driving his club to a 31-30 comeback victory.

Chiefs coach Andy Reid wants to see his team stay aggressive against the run while improving its pass rush.

"We actually did pretty good against the run this past week, and we can do a little bit better of getting pressure on them," Reid said. "There's all different kinds of areas and we can put them in better positions to do it. "

Many Chiefs fans saw red when Charles signed with the Broncos. It's said time heals all wounds, but finding a worthy successor to Charles certainly helped as well.

The Chiefs found their heir apparent in this year's draft with Kareem Hunt, who has emerged as a leading Rookie of the Year candidate in helping the Chiefs rank second in the league at 29.6 points per game.

Hunt leads the NFL with 717 rushing yards and has 25 catches for 285 yards with six total touchdowns, though he hasn't scored in the last four games. He topped 100 yards from scrimmage in each of his first seven games, a league record he hopes to extend Monday night.

Charles sees an all-around back in Hunt.

Charles said he credits Reid for helping himself and other Chiefs, including Hunt, achieve their greatness.

"Andy Reid is a great offensive mind," Charles said. "He can get any average person or any guy that can come into his offense and make plays and make them look like superstars."

That connection between the Chiefs and Charles runs deep, making an emotional affair likely Monday night. When former general manager John Dorsey called Charles to let him know the Chiefs planned to release him, Dorsey discussed plans for making sure Charles retired as a Chief and putting his name along the club's Ring of Honor inside Arrowhead Stadium.

Charles, though, is grateful the Broncos let him continue his career, though part of him remains in Kansas City.

"Some people probably don't think that I (am), but in my heart, I'm always a Chief," Charles said.

Herd Hierarchy: Week 13
The Titans and Seahawks are the biggest movers in Colin Cowherd's latest rankings. As for the Chiefs? Not much has changed.
20 hours ago

Mahomes, Hill Torch Tampa Bay
Also, Denver has a nightmarish day at quarterback, and the Niners sweep the Rams for the second straight season.
3 days ago
those were the latest stories
Want to see more?
View All Stories
Fox Sports™ and © 2020 Fox Media LLC and Fox Sports Interactive Media, LLC. All rights reserved. Use of this website (including any and all parts and components) constitutes your acceptance of these Terms of Use and Updated Privacy Policy. Advertising Choices. Do Not Sell my Personal Info