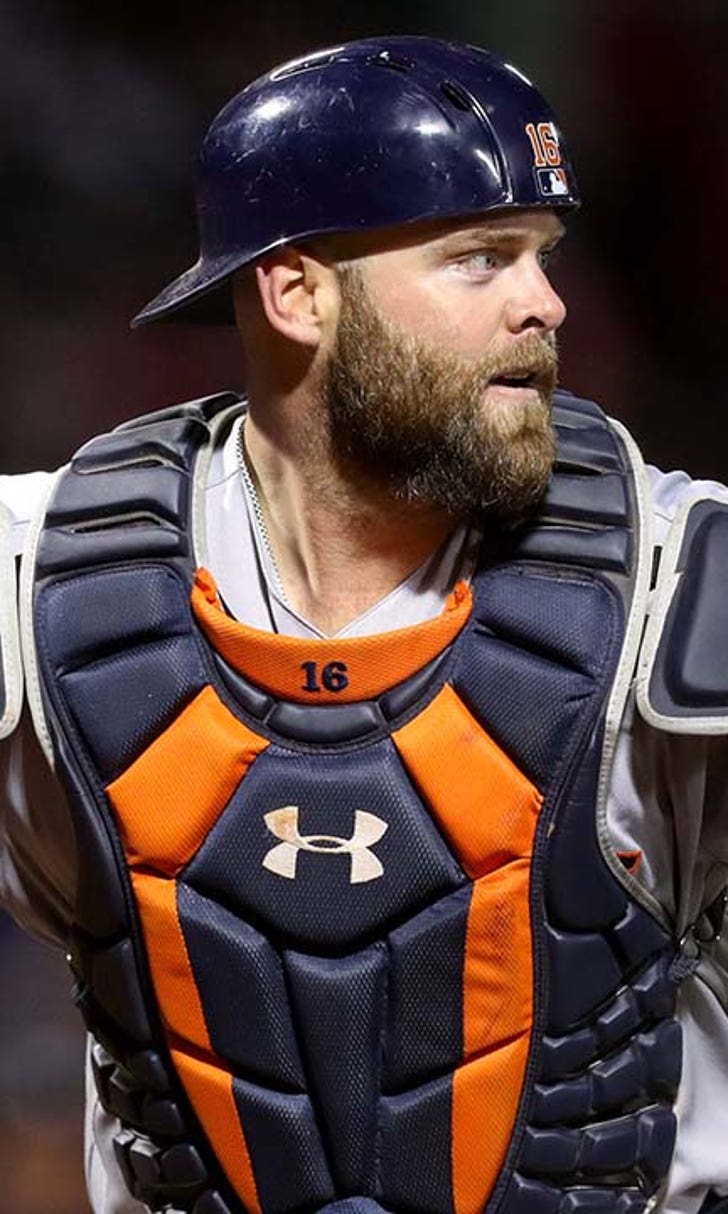 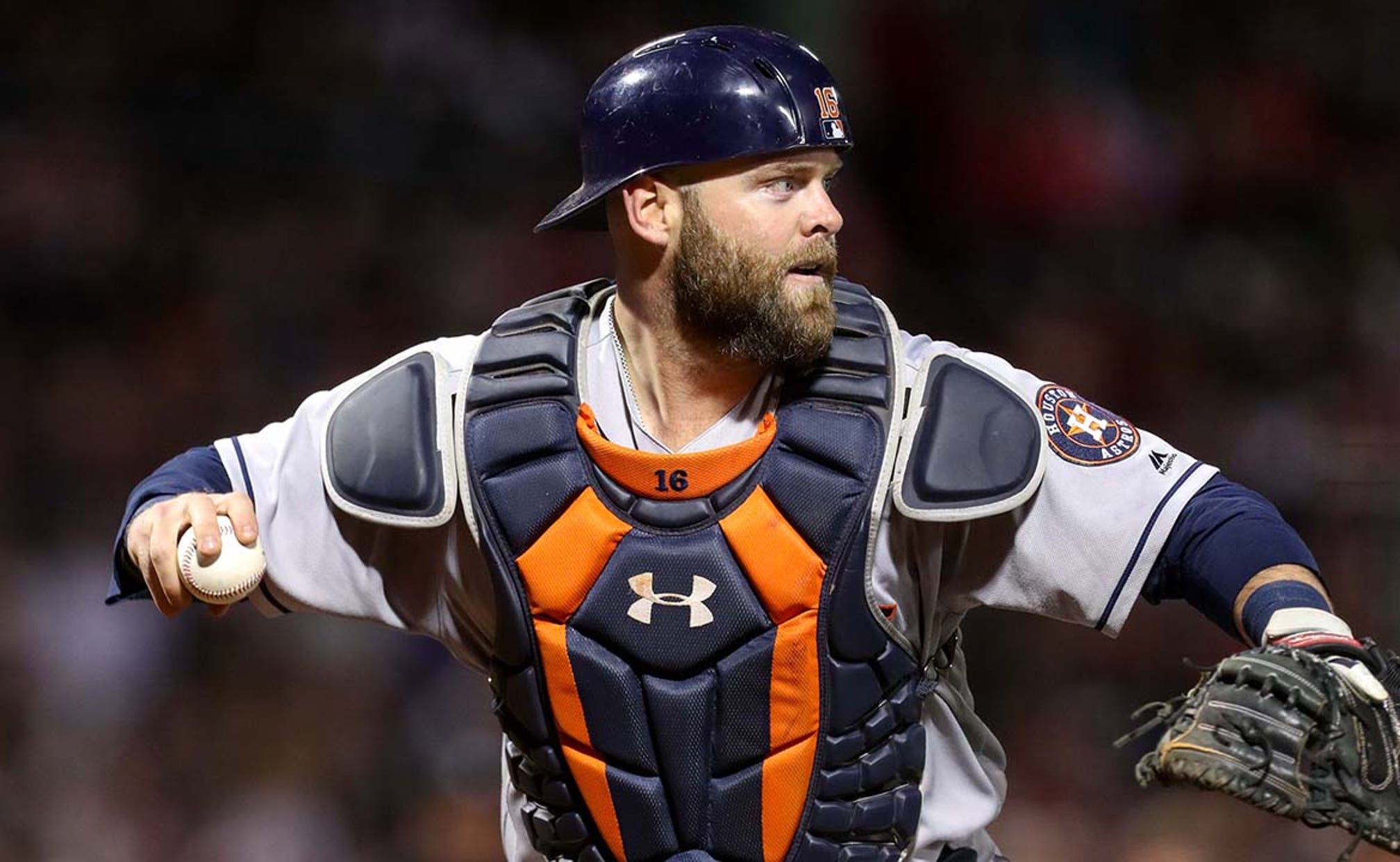 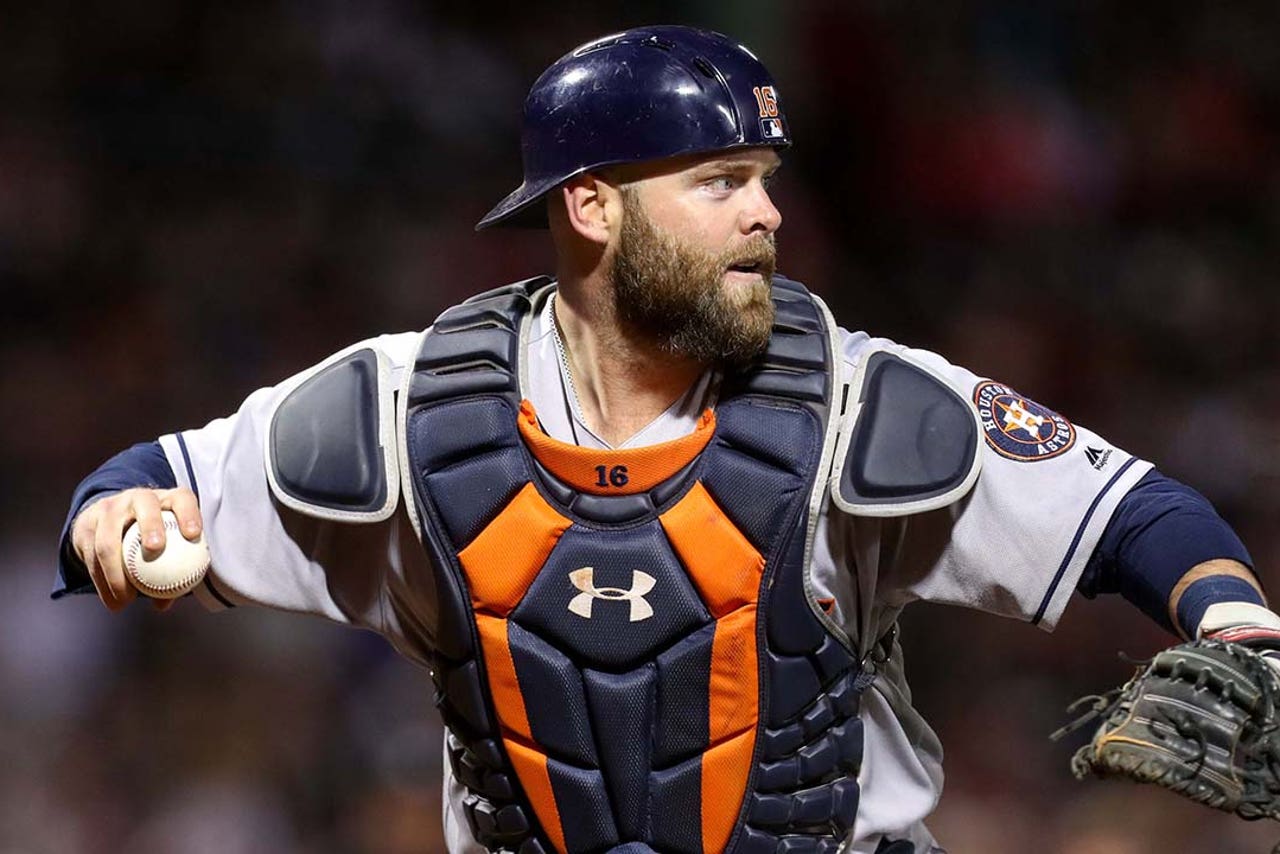 KISSIMMEE, Fla. -- The Brian McCann that returned to Atlanta's clubhouse for Friday's report day for pitchers and catchers at is a little older than the one Braves fans remember -- now 34 -- and is coming off the least productive season of his 14-year career.

But there's no question in his mind that he can return to the play that helped set the standard for an offensive catcher in this era.

"Hundred percent," McCann said. "That's the plan. I feel great and I'm going to come out and ... let's go. I'm excited. I feel healthy and I feel like I can drive a baseball again."

During his first stint with the Braves from 2005-13, no catcher hit more home runs than his 270, as he rattled off seven All-Star Game appearances, five Silver Sluggers, while also ranking 10th in defensive WAR (5.8) in that span.

While McCann was an above league average hitter in each of his last of two seasons with the Yankees and during the Astros' World Series run in 2017, he scuttled at times last year with an 82 wRC+. McCann's games played (63) and home runs (seven) were the fewest since his rookie season and across the board his slash line of .212/.301/.339 had never been worse.

But he was also dealing with an turn meniscus in his right knee that had first began giving him trouble two years ago. It required an 11-day disabled list stint then and another in '18 before it became so unbearable that it left the left-hander unable to push off his plant leg at the plate and it became difficult to squat as moving around on it led to a fluid buildup.

"Every time I would land, my knee would collapse," McCann said. "... I should have gotten the surgery done after the (2017) World Series -- but thought I could get through it, I just couldn't."

He underwent arthroscopic surgery in early July and after working his way back, McCann ended on a strong note with five hits, including two home runs over his last 16 at-bats.

That finish, and an offseason in which he was able to get back to weight training, has McCann saying the knee feels the best it has in three years. It has him hopeful that he can return to form as he dons a Braves uniform again on a bargain of a one-year, $2 million deal.

"I got back to deadlifting, squatting, things I need to do to catch 150 games," McCann said.

That workload isn't likely in the plans. There's the point that McCann hasn't caught more than 108 games once since leaving the Braves after 2013, and then there's the his pairing with Tyler Flowers, who has more than thrived in shared duties. The past two seasons, the combination of Flowers and Kurt Suzuki -- who signed with the Nationals on a two-year, $10 million deal -- had the Braves ranked first (4.9) and sixth (3.0), respectively in catching fWAR.

Manager Brian Snitker has discussed the potential of a fifty-fifty split between McCann and the 33-year-old Flowers, though if he were to divvy up playing time by leaning more toward a traditional platoon split, the numbers back that up.

Flowers' 203 wRC+ against left-handed pitching was second best in the majors and made him one of only three players tow hit more than 100 percent above average vs. lefties, along with American League MVP Mookie Betts (212 wRC+) and the Nationals' Ryan Zimmerman (201). Meanwhile, McCann has throughout his career been better against right-handers (115 wRC+).

The Braves had long been rumored to be in the mix for J.T. Realmuto before the Marlins traded him last week to the Phillies in a package revolving around pitching prospects. That left Atlanta missing out on a catcher coming off a 4.8 fWAR year that many consider to be the best in the game.

Flowers said he didn't pay much attention to it all, until Realmuto was finally dealt.

"I know he got traded to Philly," he said. "Other than that, there's no sense worrying about it. Its' out of my control. I was excited to see when Mac came on board. I feel like that can be a really good due for the season for a couple more. You never know."

The return of Brian McCann has a nostalgic feel as the last of the Baby Braves still in the game and an extension of the franchise's unprecedented run of 14 consecutive division titles.

But McCann has designs on it being more than that, and after an offseason that hasn't included the rash of moves many expected, the catcher sees enough to believe this team can more than defend its National League East crown.

"This team is so talented, where they got last year and everyone is going to be year older and more experience," McCann said. "You add a guy like Josh Donaldson in the middle of the order, it's a game-changer. I don't get really involved in what's going on, but I know this team in here is extremely talented and has a chance to win the World Series."