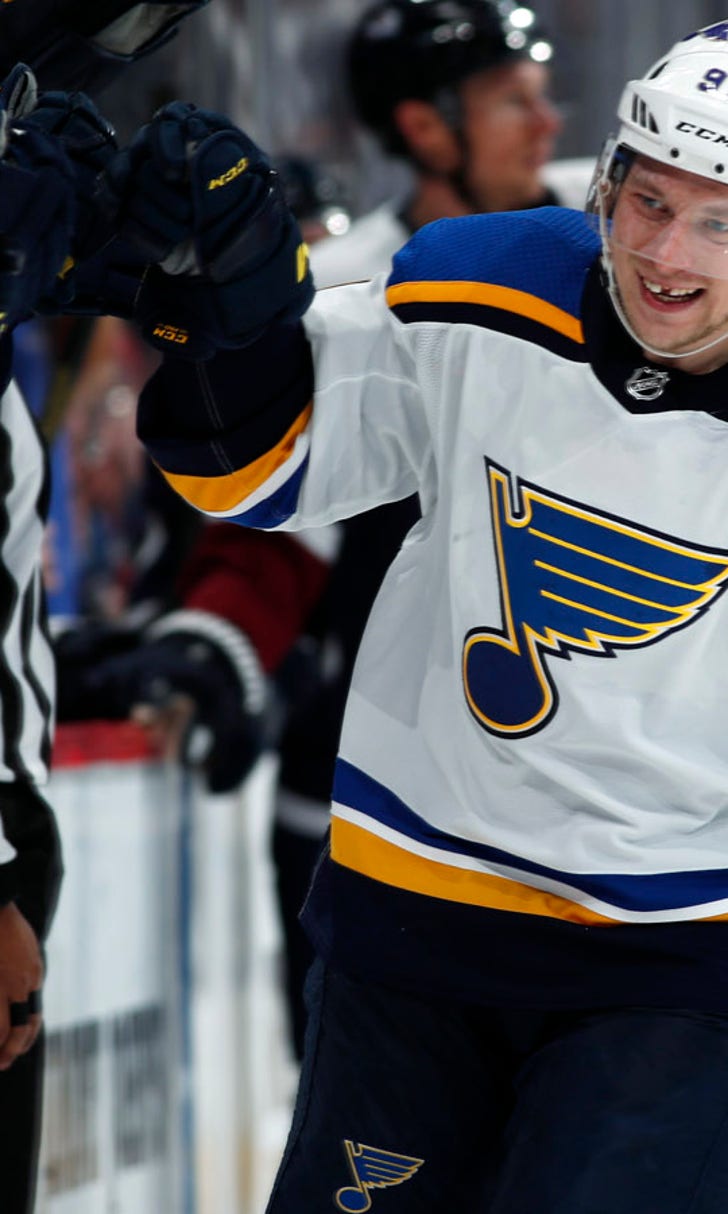 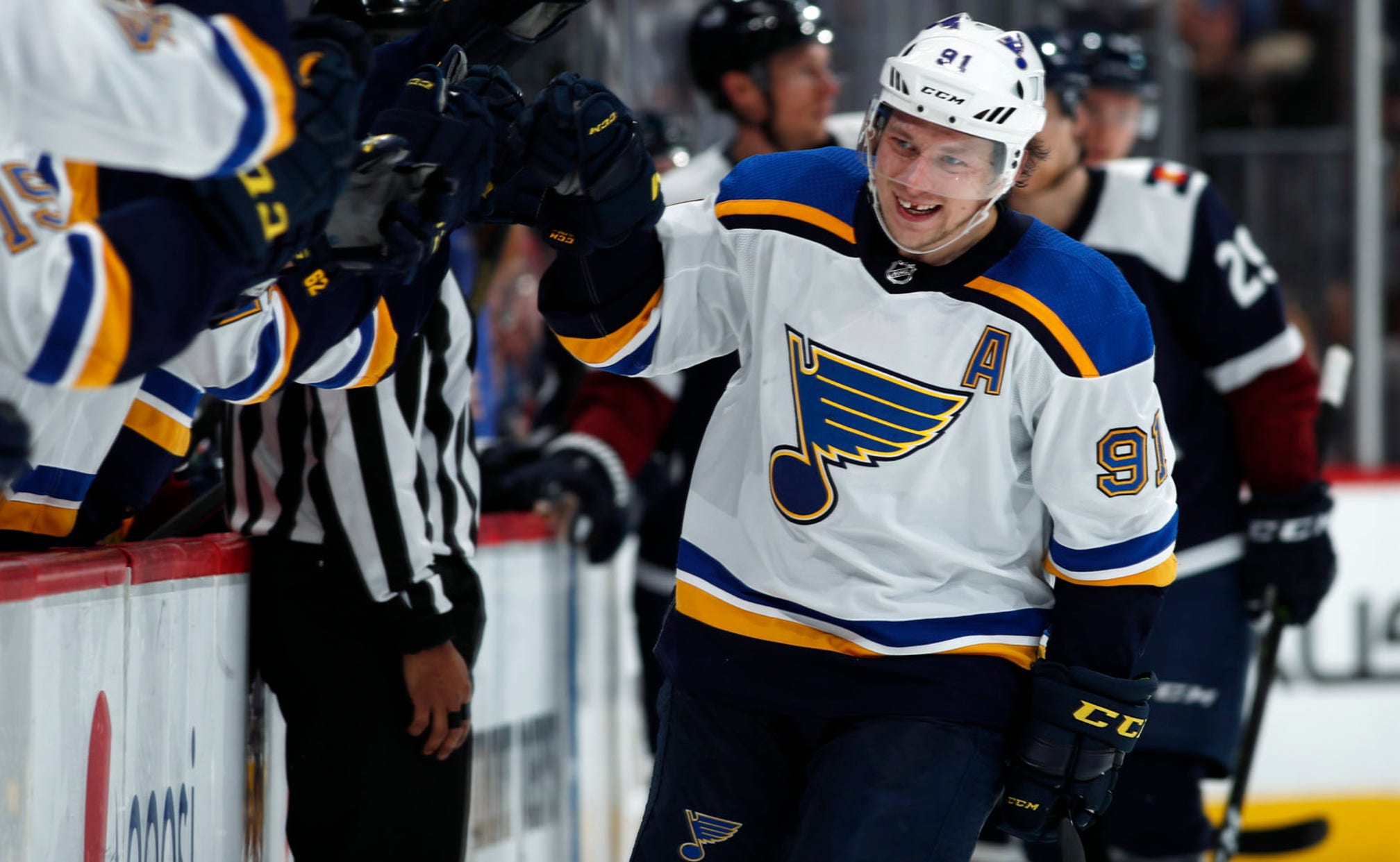 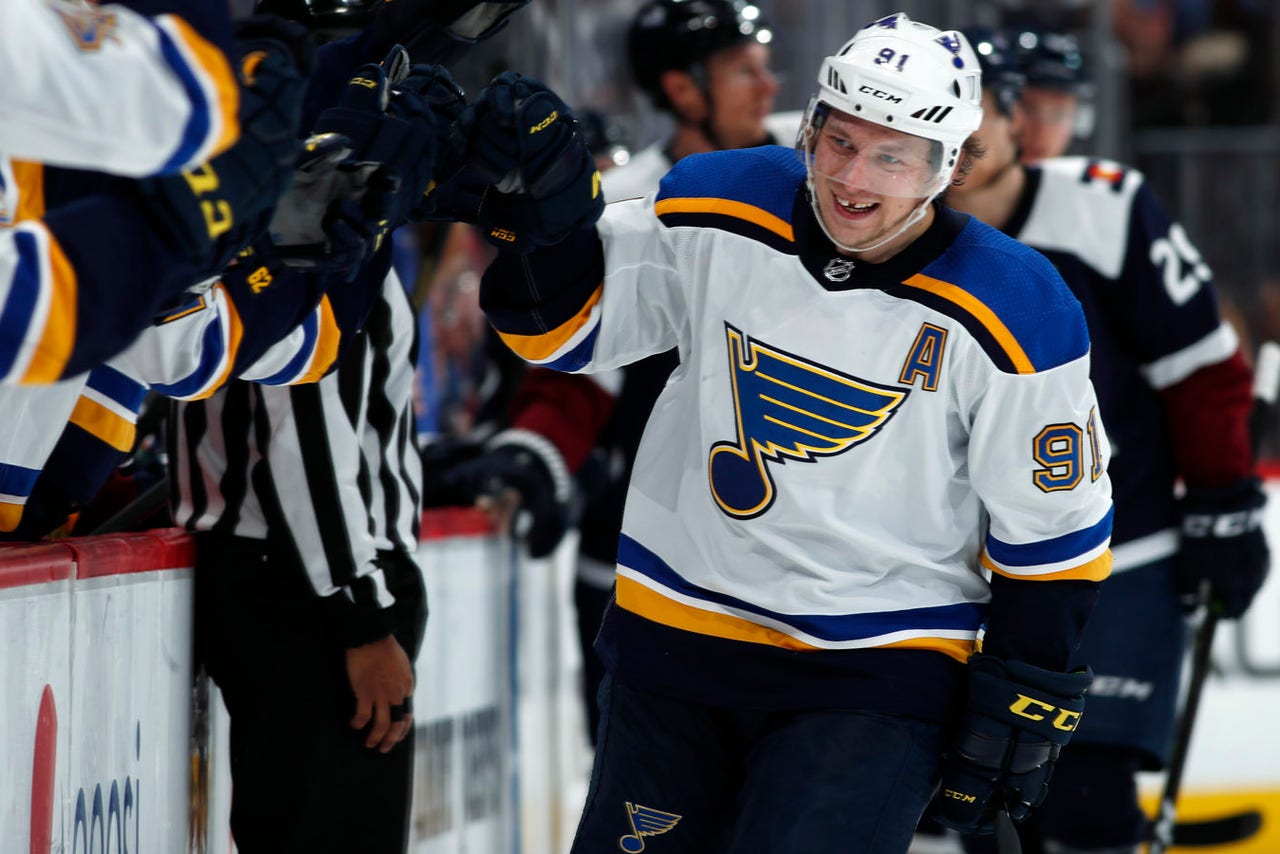 DENVER — Jake Allen has been mostly a spectator during St. Louis' winning streak. He joined the party Saturday.

Allen made 32 saves in just his second start in a month, Vladimir Tarasenko and Zach Sanford scored 57 seconds apart in the third period and the Blues beat the Colorado Avalanche 3-0 on Saturday for their ninth straight victory.

"We're confident, but the team really understands the work that has to be put in game to game," St. Louis interim coach Craig Berube said.

Allen was the No. 1 goaltender for the Blues earlier this season, but he has been supplanted by rookie Jordan Binnington. Binnington is 11-1-1 in 13 games and has won his last seven starts, pushing Allen to a backup role.

"I've been so happy for the guys, so happy for Binner the way he's been playing," Allen said. "He's been the best goalie in the league for the last month. He deserves to play."

The 28-year-old veteran has relied on experience to adjust to his new status.

"I've been through the same scenario many times, it's nothing new to me," said Allen, who is 3-0 against the Avalanche this season. "I treat my practices like my game and come in here and go out there and have some fun."

Colorado ended an eight-game losing streak Thursday night in Winnipeg but couldn't build on that win. The Avalanche have lost six in a row at home.

"We can't feel sorry for ourselves, we just have to keep pounding ahead," Colorado forward Mikko Rantanen said. "There's a lot of games left. This was a really important game and it sucks to lose. We can't get stuck in the mud, we have to forget and move on."

"Couple mistakes, one in the (offensive) zone and the other in the (defensive) zone," Colorado coach Jared Bednar said. "Giving up an odd-man rush was the difference in the hockey game."

Allen then stopped Rantanen on a break and denied Carl Soderberg at the doorstep to keep the Avalanche off the board and contribute to the winning streak.

"Whenever I get in there, like everyone else, you've got big shoes to fill," Allen said. "Right now we're rolling in the right direction and we're not done yet."

Allen's teammates praise the goaltender's attitude and work ethic while Binnington has taken over as the No. 1 goaltender.

"It's not been easy," defenseman Alex Pietrangelo said. "He didn't play for a while, against Nashville comes in and makes almost 50 saves, and then tonight. Nothing but a pro."

Varlamov came off for an extra skater with 2:20 left, and Jaden Schwartz scored into an empty net at 18:24.

Vladimir Tarasenko on the #stlblues earning a second straight shutout victory: "It's a huge credit to the goalies and defensemen, especially, PK guys — they do a really good job, they keep the net safe and they give the forwards a lot of chances to score goals." pic.twitter.com/DclzRkcVej

NOTES: St. Louis LW Alexander Steen was away from the team to be with his wife for the birth of the couple's child. Robby Fabbri played in his place after being a healthy scratch for 10 straight games. ... Pietrangelo left briefly in the first period after taking a shot off his knee. He said he lost feeling in his foot but was fine when it returned a few minutes later. ... Colorado is 0 for 23 on the power play over its last eight games.

St. Louis: At Minnesota on Sunday.

Colorado Avalanche
share story
those were the latest stories
Want to see more?
View All Stories
Fox Sports™ and © 2021 Fox Media LLC and Fox Sports Interactive Media, LLC. All rights reserved. Use of this website (including any and all parts and components) constitutes your acceptance of these Terms of Use and Updated Privacy Policy. Advertising Choices. Do Not Sell my Personal Info