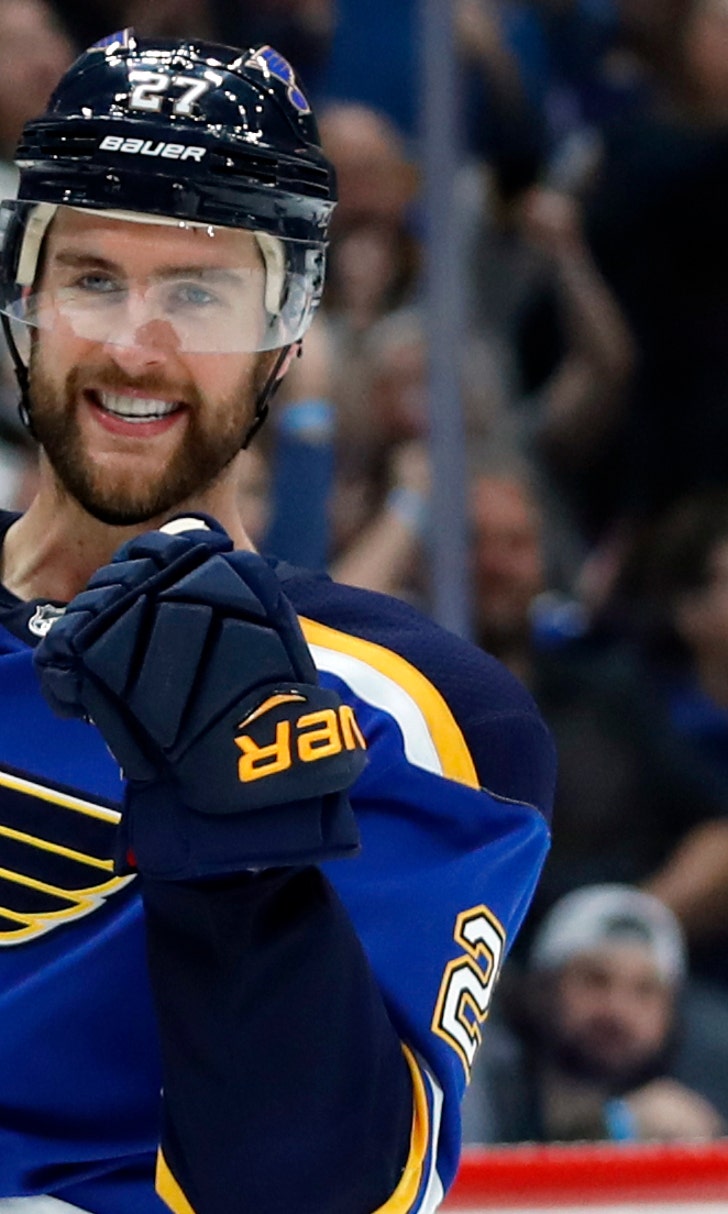 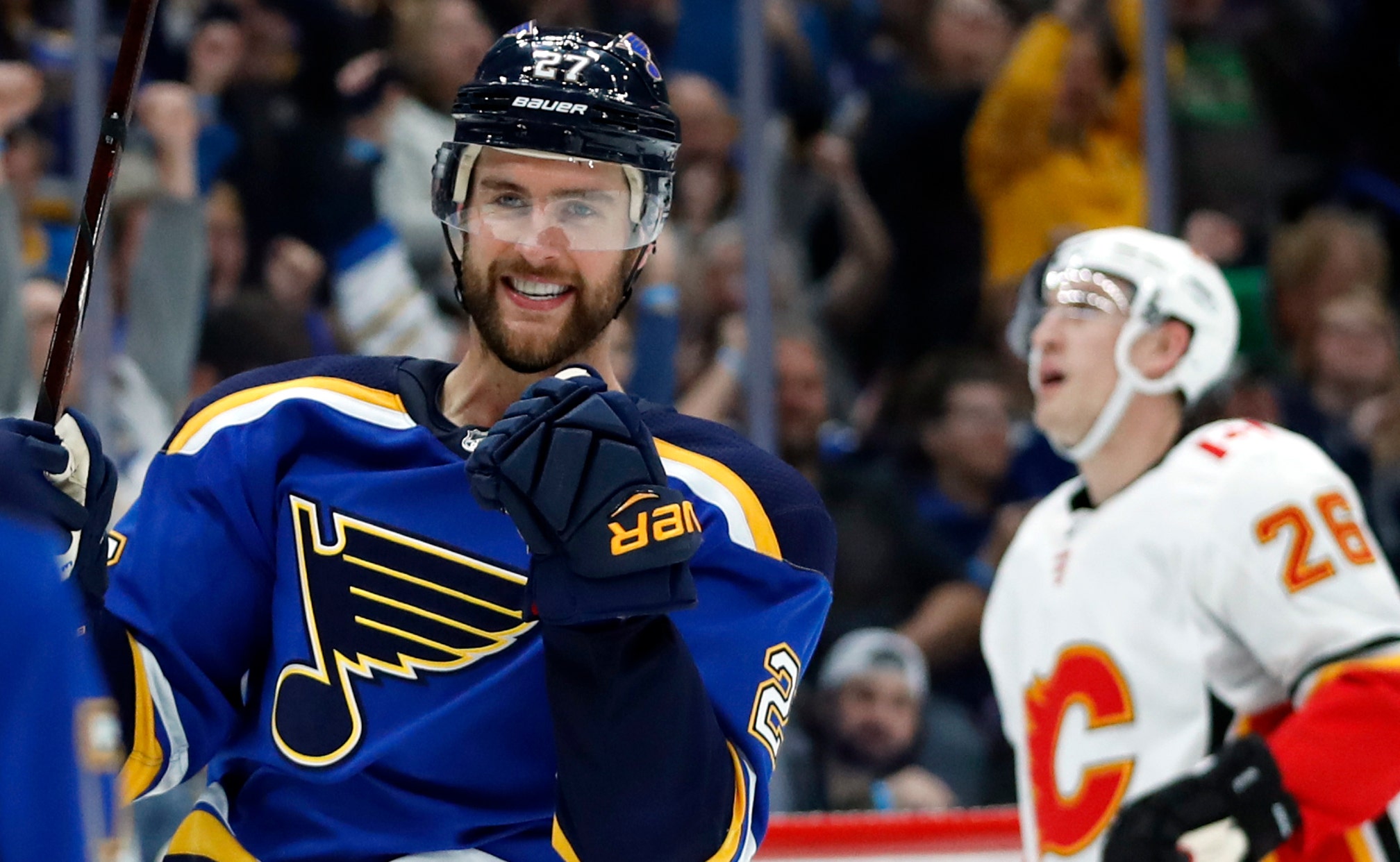 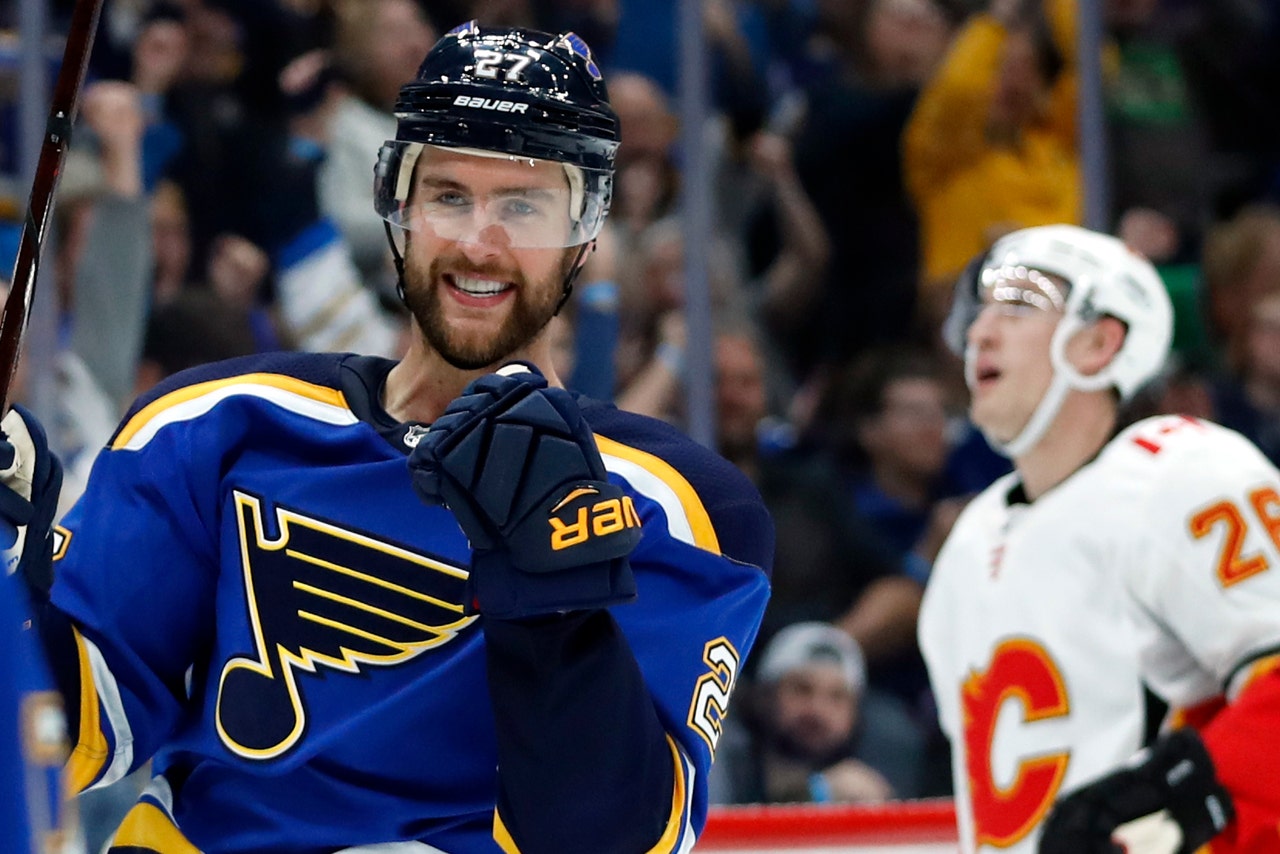 The St. Louis winger knew that his return to form was right around the corner.

Steen, who missed the first six games of the season with a broken thumb, busted out with a goal and three assists on Wednesday to help the Blues to a 5-2 win over the Calgary Flames.

Jaden Schwartz and Alex Pietrangelo scored second-period power-play goals and Jake Allen made 23 saves for St. Louis, which has won three of its last four, losing only to red-hot Vegas in overtime.

Steen, in his fourth game back, got the Blues started with a goal late in the first period to tie the game 1-all. He converted from close range off a pass from Vladimir Sobotka.

"Tonight, I just happened to be on the right side of the goals," Steen said. "It was nice."

Steen went without a point in his first three games back, but he saw plenty of progress.

"I've been happy with the way I've been playing," Steen said. "It's a little bit frustrating that I haven't been able to contribute offensively."

Steen went through a rigorous off-season training regimen and was looking forward to the start of the season.

But he broke his thumb in the first pre-season game against Dallas and had to miss four weeks.

"I feel he's a step quicker this year," St. Louis coach Mike Yeo said. "You could tell that the focus over the summer made him a more motivated hockey player. Every game he's gotten better and that's what's going to continue to happen."

Pietrangelo was overjoyed to see Steen get back on the score sheet.

"A lot of the stuff he does goes unnoticed," Pietrangelo said. "Guys who play with him every day appreciated what he does."

Schwartz and Pietrangelo scored in a span of 2:46 to break a 1-1 tie. The Blues had come up empty on their previous 18 power-play chances.

"I think we went out with more of a purpose of shooting," Yeo said of the man-advantage success.

Paul Stastny scored with 3:32 left to push the lead to 4-2. Joel Edmundson added an empty-net goal with 43.9 seconds left.

Schwartz, who has a five-game point streak, converted off a pass from Vladimir Tarasenko to give the Blues the lead for good, 2-1. Tarasenko's initial shot hit the post, but the rebound bounced right back to him. He found Schwartz open at the side of the net.

Pietrangelo on @StLouisBlues: "I think we're clicking right now offensively, all of us are." #AllTogetherNowSTL pic.twitter.com/Wxp1JkJ306


Calgary goalie Eddie Lack made 24 saves in his first start of the season. He came into the game with a 6-0 career mark against the Blues.

"I feel like I've had some good games here," Lack said. "It's just one of those things. Too bad we couldn't keep the streak going."

"I thought that through (two) periods we played a pretty good game," Gulutzan said. "Five-on-five, I thought we were a good team tonight."

Flames: Calgary returns home to host Dallas on Thursday night. It is the first of seven straight home games.

Blues: Play at Carolina on Friday.