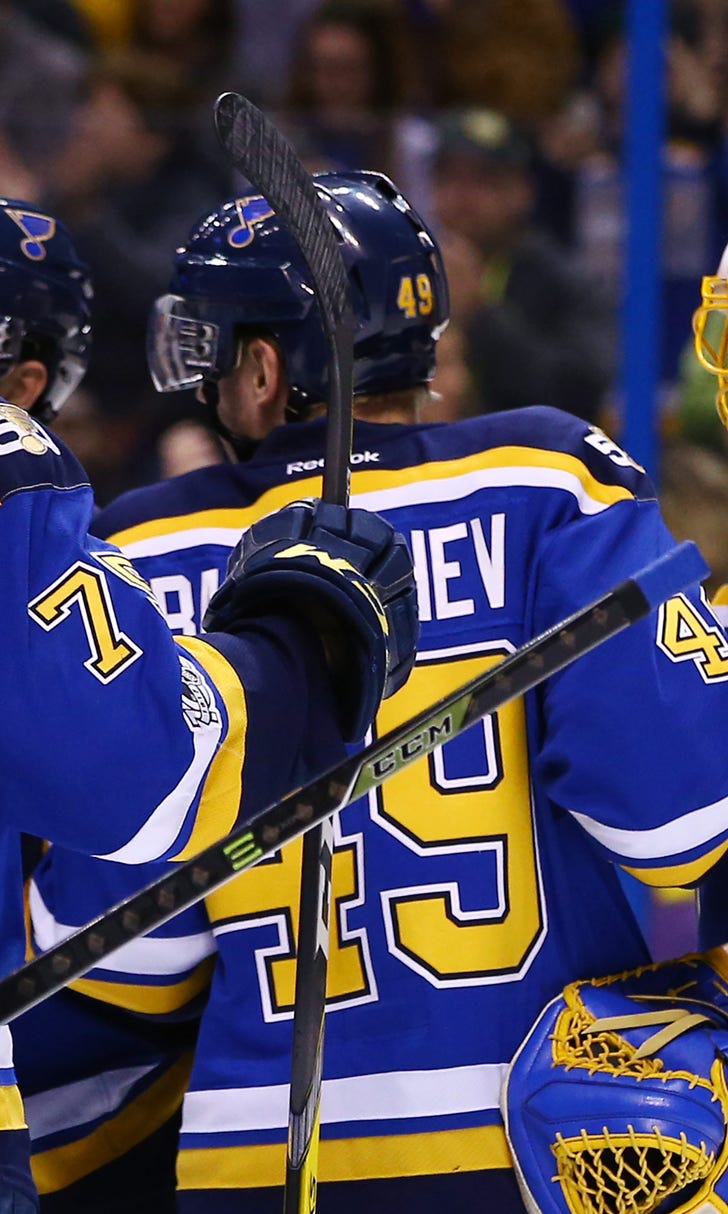 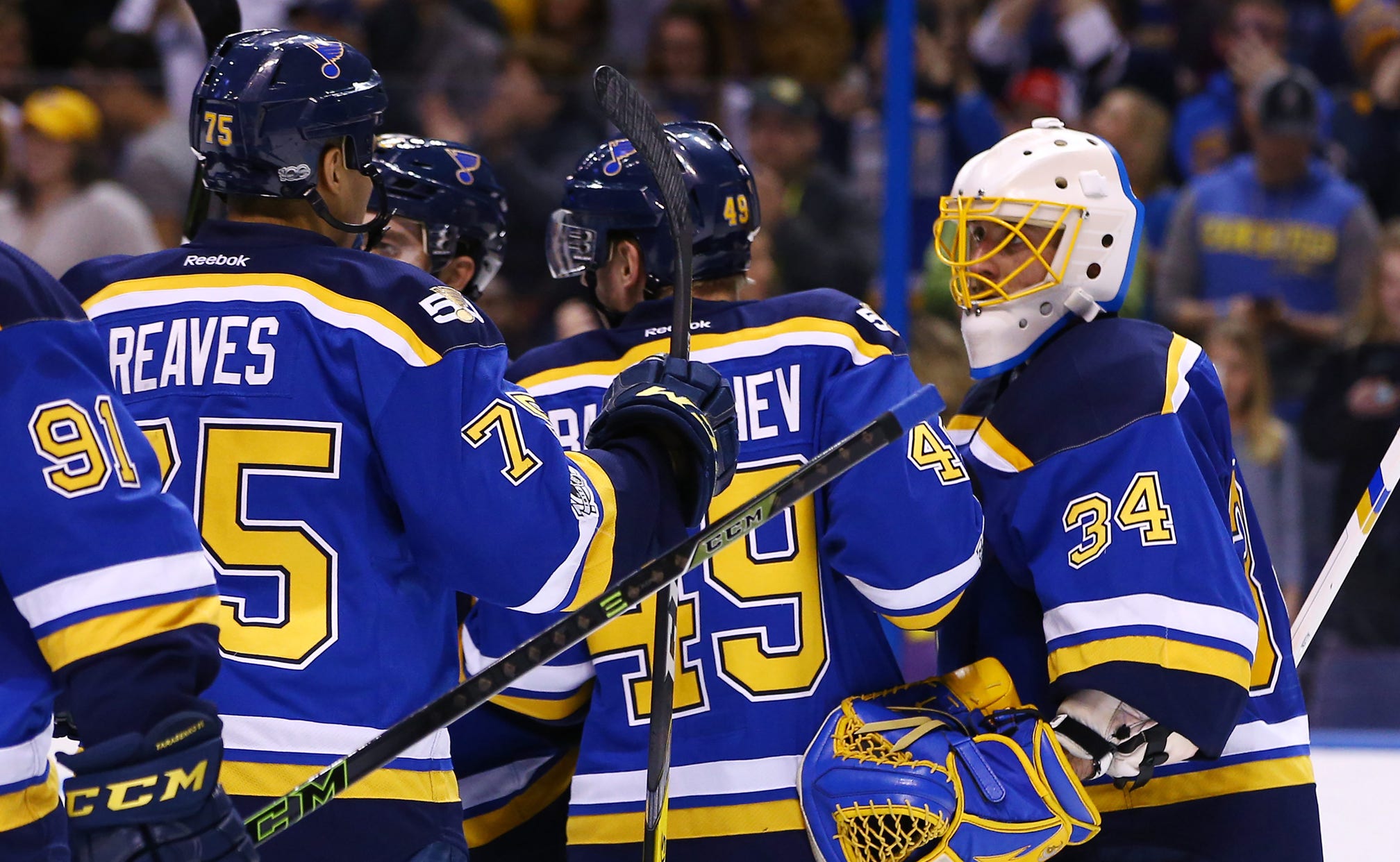 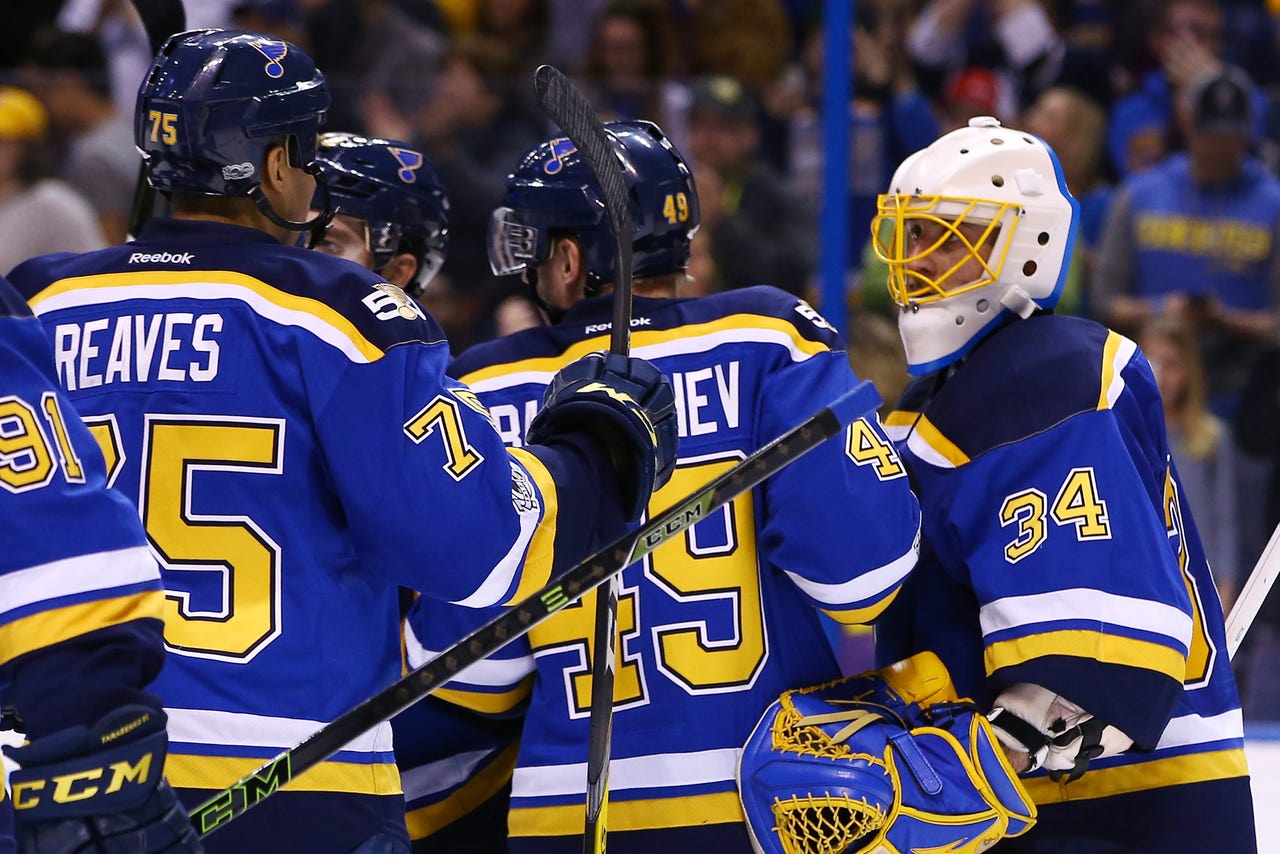 ST. LOUIS -- Alexander Steen has been hot since Mike Yeo took over as coach of the St. Louis Blues. His teammates have been even hotter.

Vladimir Tarasenko and Steen scored third-period power-play goals to lift the streaking Blues to a 4-3 win over the Vancouver Canucks on Thursday night.

Magnus Paajarvi and Jori Lehtera also scored, and Kevin Shattenkirk had three assists for the Blues, who won their sixth straight game. Jake Allen made 18 saves.

"We're playing a lot of different styles of opponents and we have to switch our game up a little bit, too," Shattenkirk said. "We've been able to find ways on back-to-backs and find ways to win in tough environments."

St. Louis improved to 7-1 since Yeo replaced Ken Hitchcock, which is the best start for a coach in Blues history.

"It's the players; their commitment," Yeo said. "For me, I've always been a big believer, you can't just flip a switch once the game starts. I think that the mentality that we've had day in and day out -- we come to the rink, we try to get better."

Bo Horvat, Henrik Sedin and Brandon Sutter scored for the Canucks, who dropped their third game out of their last four. Jacob Markstrom made 17 saves.

Allen made one save in the third period after his losing his mask. A buckle on Allen's helmet came undone behind the play, and the goalie removed it because he couldn't see. Play returned to the zone and Jayson Megna snapped a wrist shot from in close that Allen denied before a whistle was blown.

"I don't think they saw it," Allen said of the officials. "Until they got the puck in the zone and the guy was right there, and I just sort of came out at him in case they didn't blow it. (The official) said he didn't see it. He said once the play went up ice, no one looked back. I was yelling, but it's loud out there and tough to hear sometimes. Fortunately, no harm came from it."

Tarasenko gave the Blues a 3-2 lead with a power-play goal 58 seconds into the third period. It was the Blues' first goal with the man advantage in four games.

Steen's power-play goal five minutes into the period made it 4-2. It came on the second man-advantage of a double-minor given to Sedin for high-sticking.

Steen had an assist on Tarasenko's goal. He had four goals and four assists and is a plus-4 since Yeo took over.

"I think it's helped the whole group," Steen said. "I think it's been a collective approach to a sounder game."

Less than two minutes later, Sutter deflected Alexander Edler's shot past Allen to cut the deficit to one.

Paajarvi backhanded Shattenkirk's shot off the end boards to give the Blues a 1-0 lead at 4:30 of the first period. It is the sixth straight game in which the Blues have scored first.

"I was just awful today and that's not acceptable," Markstrom said. "Especially when we play such a great game, score three goals in a tough building. ... The poor play by me, it's very disappointing."

Horvat tied it for the Canucks midway through the opening frame. Nikita Tryamkin intercepted Jay Bouwmeester's pass at the blue line and found Horvat alone in front of the net.

Lehtera scored his first goal since Jan. 14 to give the Blues a 2-1 lead late in the first. The Canucks unsuccessfully challenged the goal, claiming the Blues were offside.

Sedin scored off a nifty pass from his brother Daniel Sedin to tie the game at 8:27 of the second period. The goal was scored 19 seconds after Shattenkirk's shot trickled in past Markstrom that appeared to give the Blues a two-goal lead, but the referees had blown it dead believing that Markstrom had stopped it.

"I still think we're making a few too many mistakes to be able to get points and if it comes down to little things and it has been costly on this road trip," Henrik Sedin said.

NOTES: The Blues improved to 7-2 in the second game of back-to-back sets. ... With their win Wednesday at Detroit, the Blues swept a five-game road trip for the first time in franchise history. ... Horvat (bone bruise) and Sutter (wrist) returned to the Canucks' lineup after each missing a game.

Blues: travel to Buffalo on Saturday.