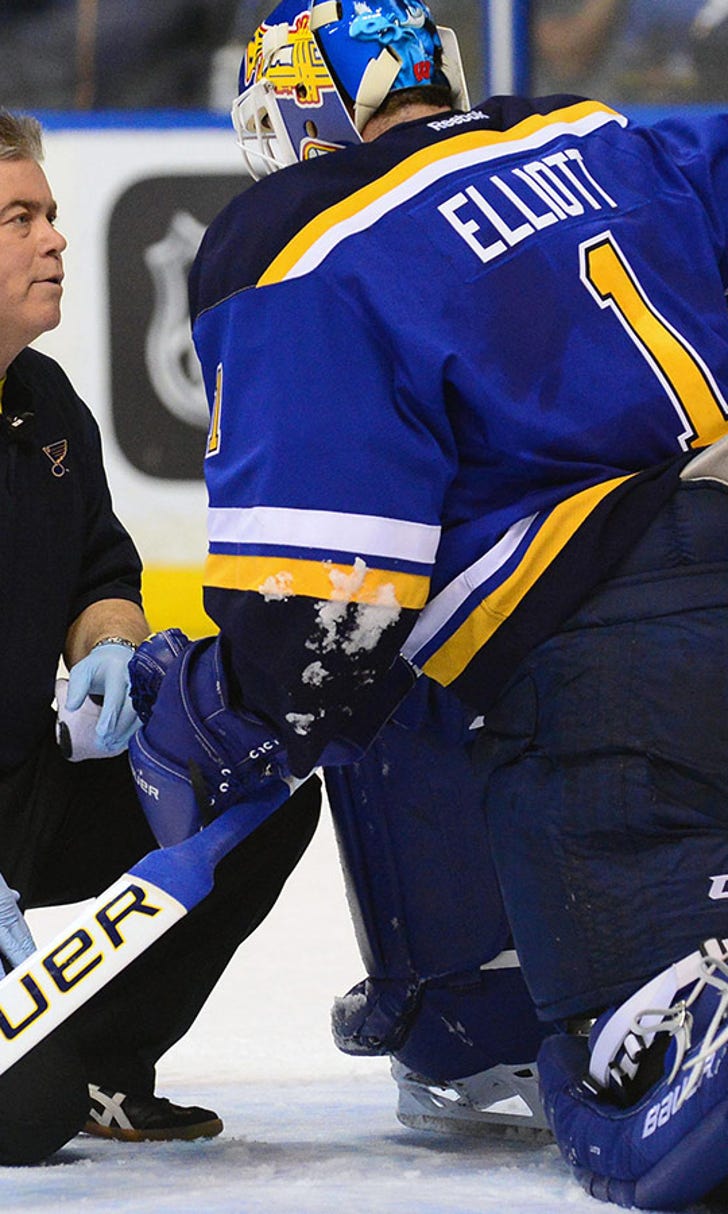 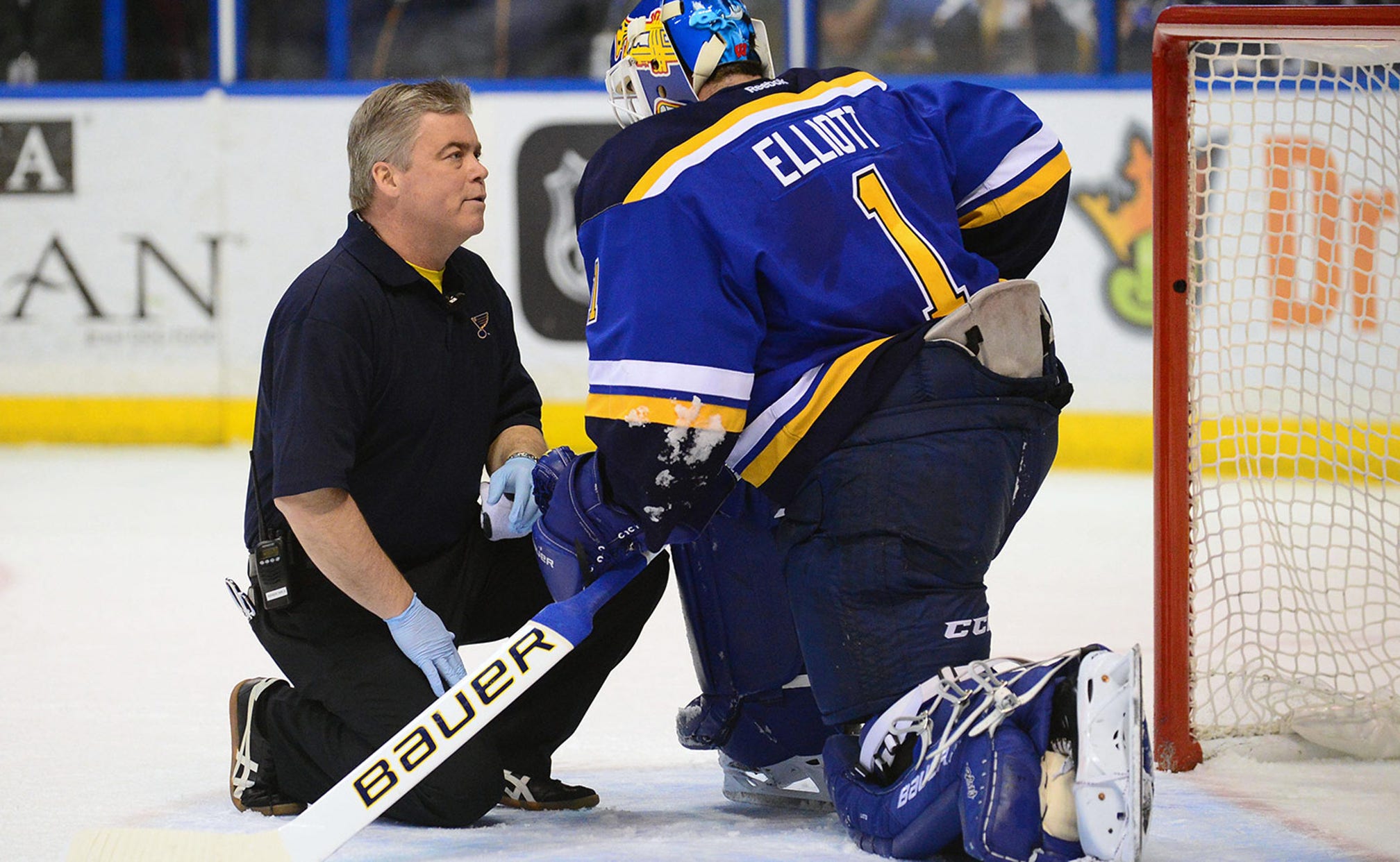 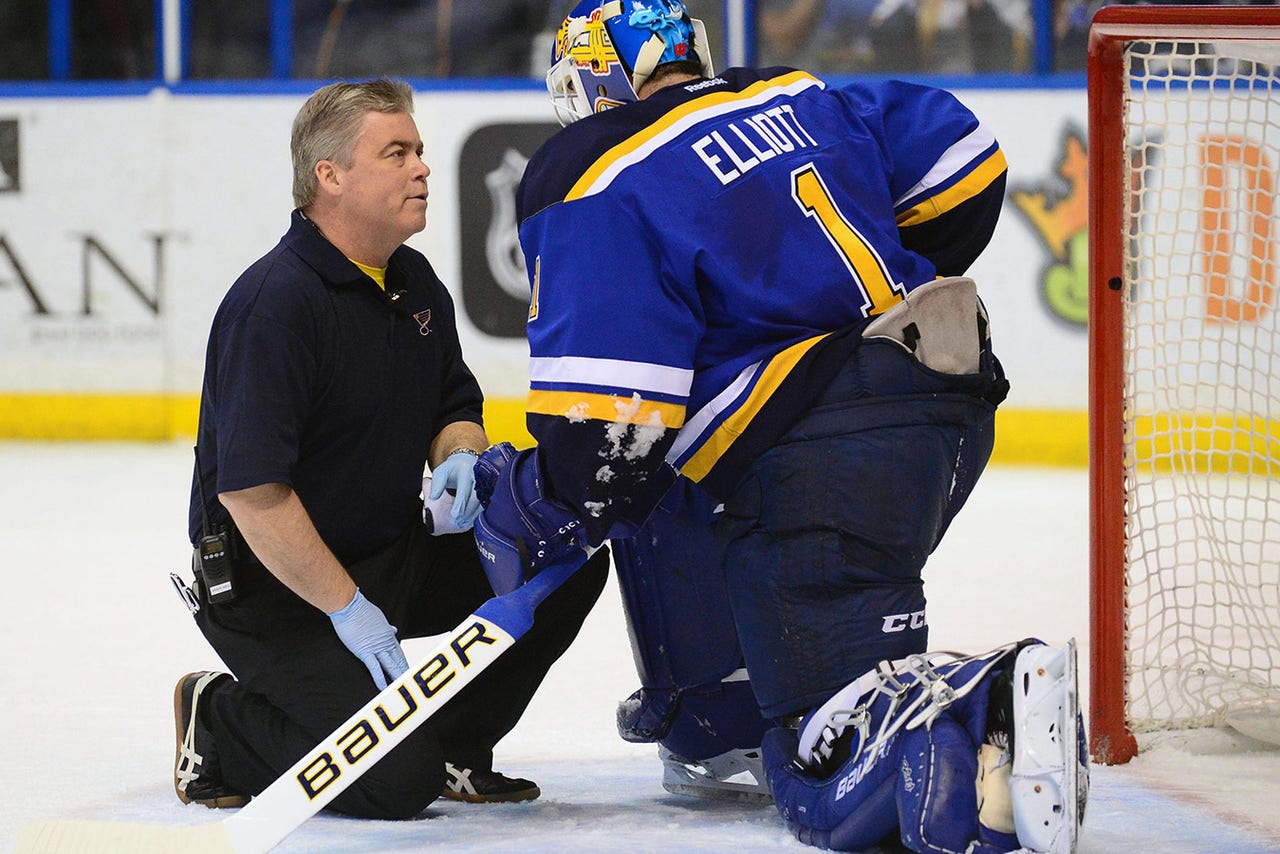 At 12:59 of the first period, San Jose's Logan Couture pushed the puck past Elliott for a power-play goal, giving the Sharks a 3-0 lead on Monday night.

There was a jumble of bodies in front of the net on the play. Elliott went down to block the shot, and the puck squirted past him.

After Blues trainers came out, Elliott left the ice and went to the locker room.

Allen sustained a lower-body injury on Jan. 8 against Anaheim and has missed 17 games.