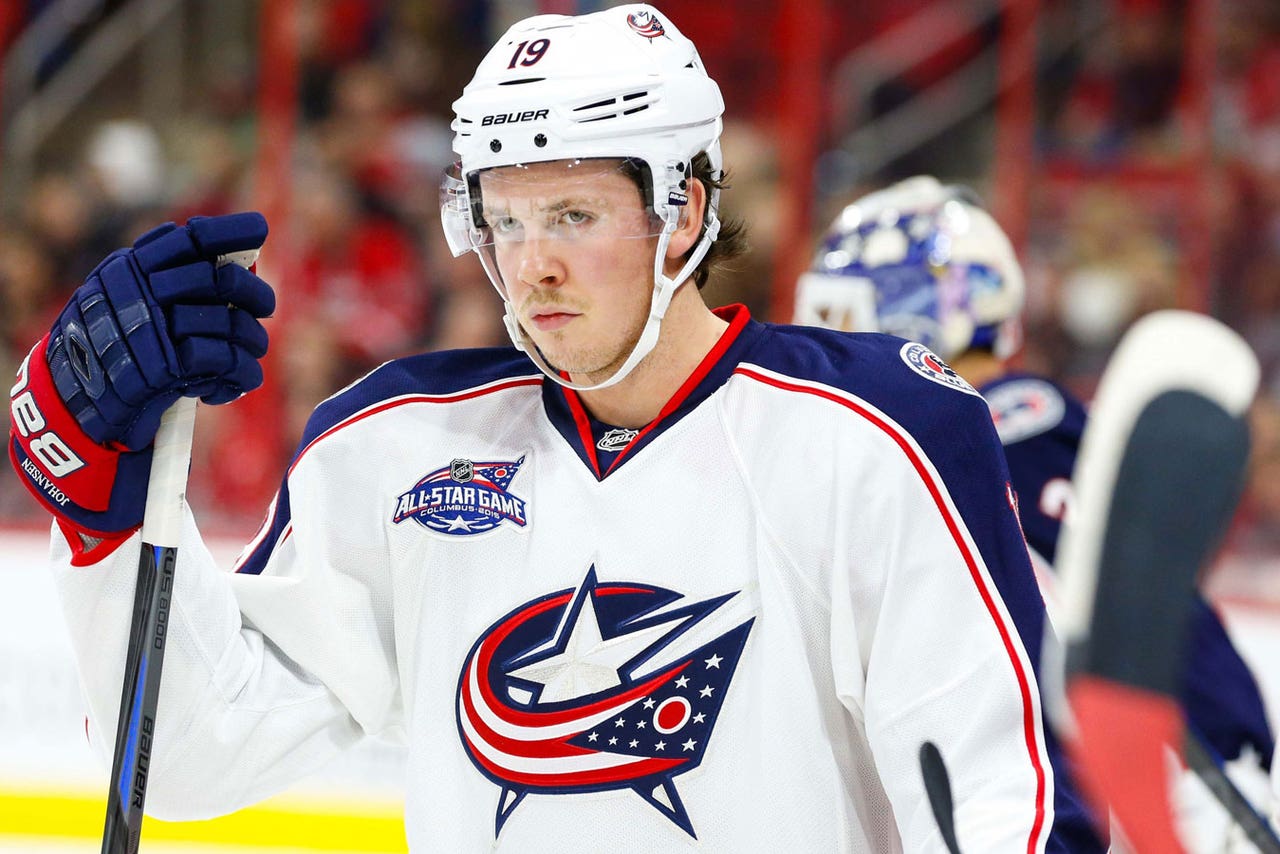 Columbus, Ohio - The temperature of the team matched the frigid cold that enveloped Nationwide Arena on Tuesday night, as the Blue Jackets lost to the visiting Detroit Red Wings 5-0. The team, as a whole, did not show the gumption and hard work that won them their previous two games.

There were a few players that rode the pine in the third period in addition to an unnecessary fight with eleven minutes and change left. Undisciplined and sloppy was the name of the game as the minutes ticked away toward the final horn.

"I'm not putting it on one guy," said a reserved Todd Richards, "it's a team effort."

The Red Wings were the faster team for the entire evening, with Columbus unable to get much of anything going in their favor. There was hesitation from many facets of their game that gave the opposition that extra split-second to get in a shooting lane or to intercept a pass.

"It was a 2-0 game and we were okay," Richards said with resignation, "we weren't great. It's a 2-0 game, we're in it. And then we self-destructed in the third period."

That self-destruction came in the form of sloppy passing, indecision and undisciplined penalties. Their forecheck disappeared for long stretches of the game.

Todd Richards scratched a couple of players last spring to send a message. With the way the team played Tuesday, he resorted to curtailing ice-time to send the message concerning poor play.

Ryan Johansen, hovering around the twenty minute mark for ice-time in recent games, was on the ice for 15:41. After taking a roughing penalty early in the third period, he saw less than three minutes on the ice in that last twenty.

"It was a bad penalty on my part," said Johansen after the game. "I can't take those. The coach made a good decision (benching Johansen), I thought."

This was a meltdown that wasn't expected after the way they played the previous three games. It was more than little mental breakdowns that led to this collapse. There was no real pushback shown by the team after any of the Detroit goals, which is uncharacteristic of the way they've played recently.

Nick Foligno had a fight in the third period, after which he went down the tunnel. After the game, the media were told that he had to get some dental work done and that there was nothing wrong with his hands from the fight. This is a relief, as they cannot afford to lose any more players to injury.

Forward Boone Jenner was one of a few bright spots on the night, notwithstanding his disallowed goal. He never seemed to quit, always finding a way to drive to hard areas of the net throughout the evening.

"We came out in the second period and we were flat," said Jenner, "and we weren't as sharp. We weren't as intense in the game. We needed a bigger push than that."

Short, sweet and to the point. The adjectives that could be used to describe this loss are numerous. Suffice it to say that they unexpectedly played a bad game. They still have a long way to go in becoming a consistent team.

They have a couple of days to regroup and refocus with yet another back-to-back this weekend. They host the Boston Bruins on Friday before heading back to the City of Brotherly Love to play the Philadelphia Flyers for the second time in eight days.

With points at a premium, it looks like they have to win two of every three games they play to have a shot at the playoffs. Starting from last Friday, they are 2-1-0 in that block of three games. It's a tall order, but the next block of three starts in less than 72 hours.