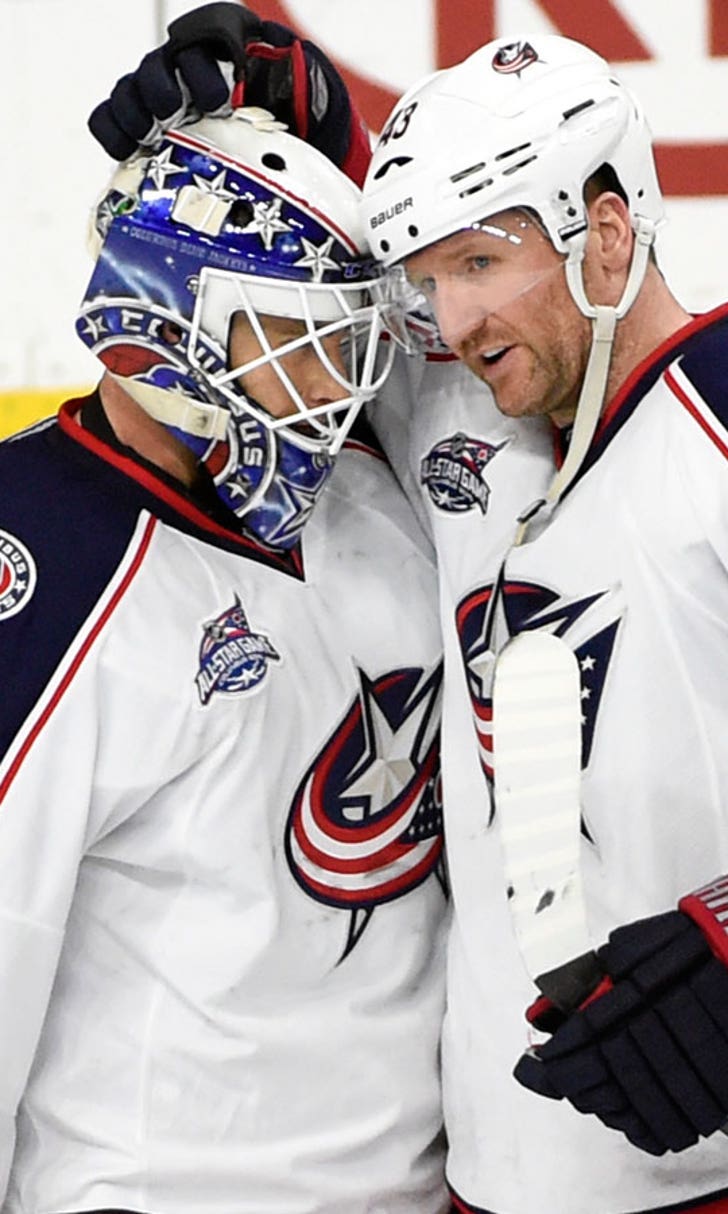 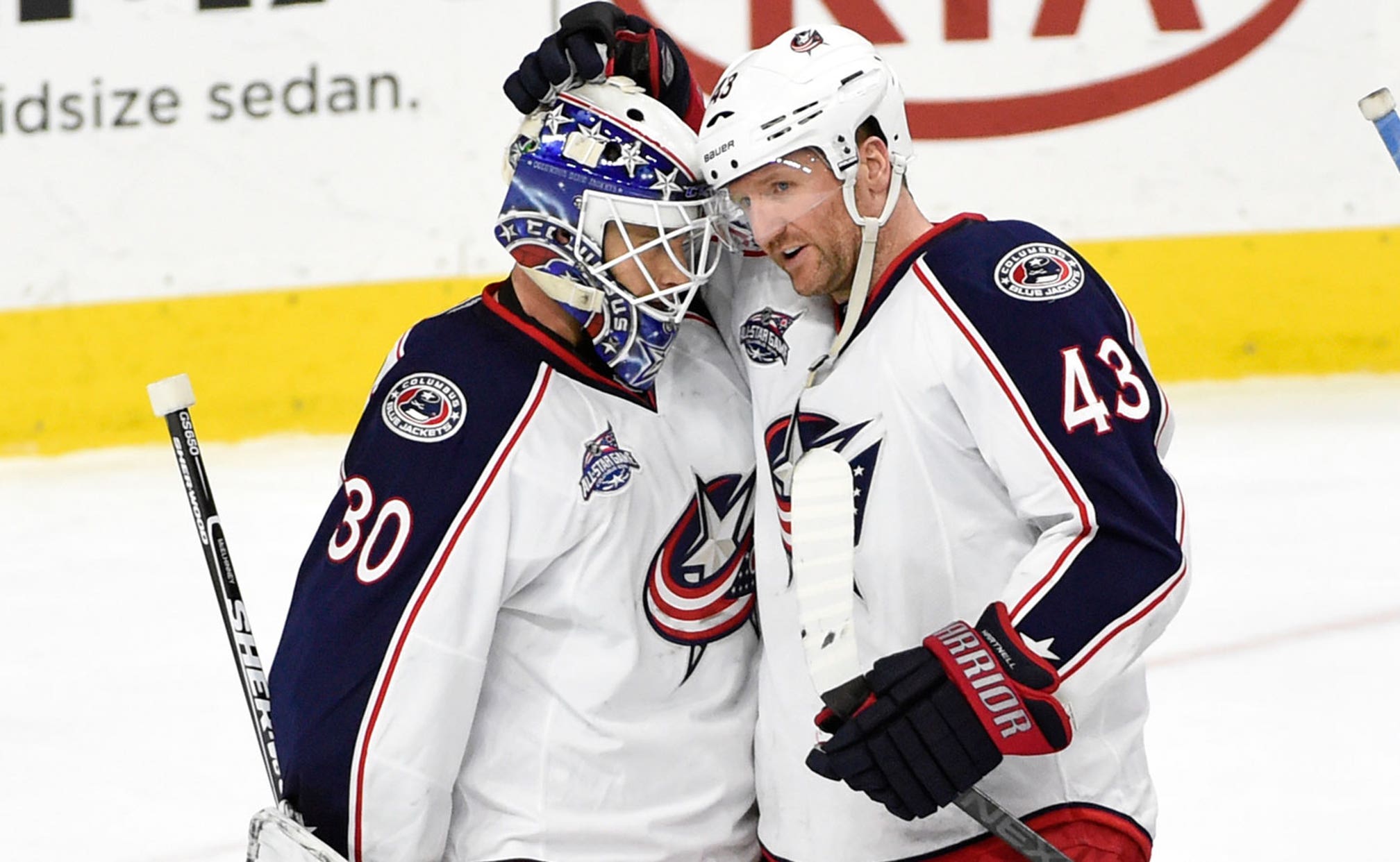 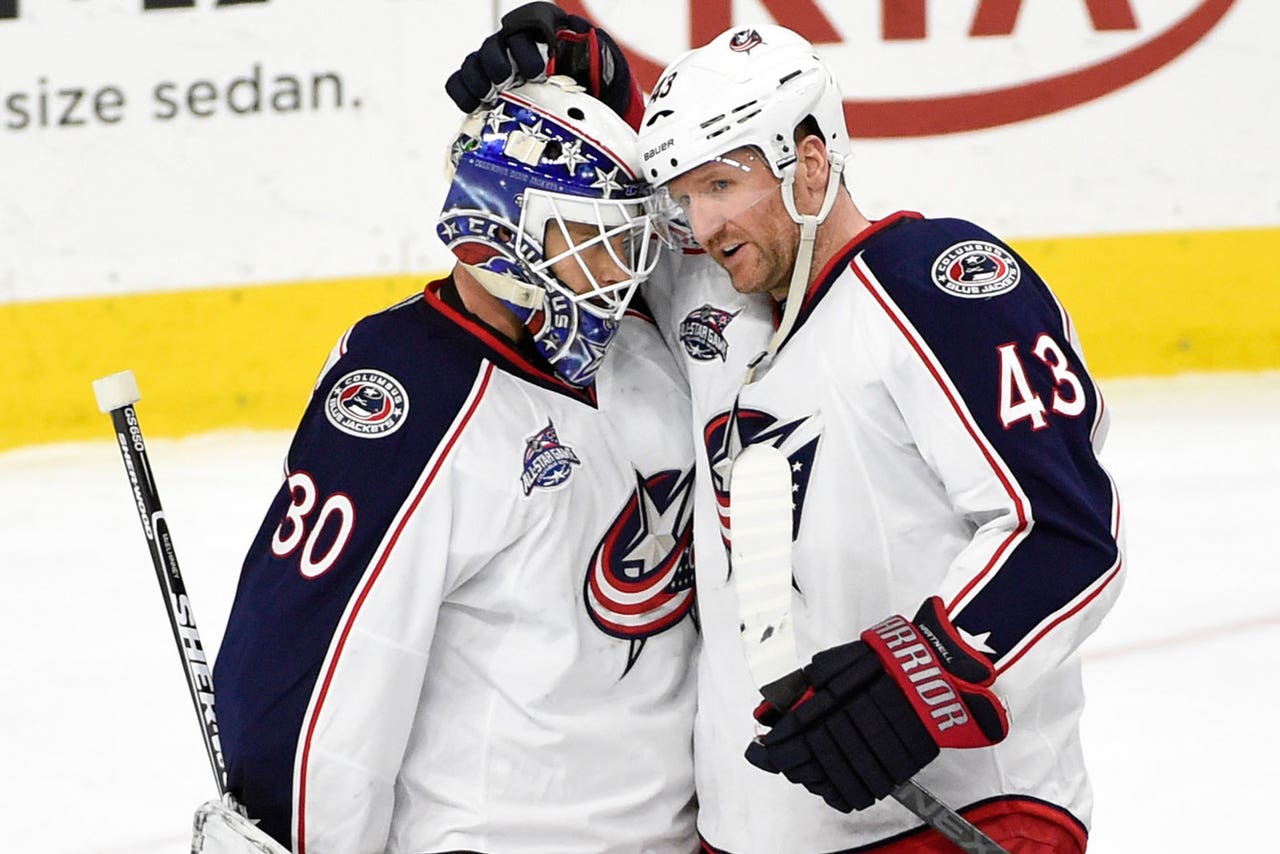 Rexall Place in Alberta, Canada's capital city of Edmonton, has not been a kind ice rink for the Blue Jackets over the years. It's a place where they've played 25 times and managed a record of only 6-17-0-2.

Despite the Oilers being a not very good team in recent years, they have still managed to keep the Blue Jackets at bay. The last time the Jackets traveled to the great white north and notched a victory in oil country was January 7, 2010.

It took the Blue Jackets 5 years, 2 months and 12 days to notch another "W" in Edmonton, and they did it on the back of goaltender Curtis McElhinney, as he turned in a career-high 44 saves on the way to a shootout victory.

"They probably took it to us most of the night," said center Mark Letestu of the Oilers after the game, "[Curtis McElhinney] stole this one for us. Sometimes your goalie has to be big like that."

With the victory, McElhinney has kept his record against the Edmonton Oilers perfect, going 5-0-0 in eight appearances. In that span, he has a .924 save percentage and a 2.45 goals against average.

The performance he turned in Wednesday night was the kind of game that he's capable of playing. Due to a concussion suffered earlier in the season, and subsequently coming back into the crease too soon from that injury, he wasn't able to get into a rhythm until December. That coincided with goalie Segei Bobrovsky returning to health and the team playing better in front of the net.

"I think tonight, our goaltender was great," said Blue Jackets head coach Todd Richards of McElhinney," he was the difference in the game."

McElhinney has always been humble when it comes to getting a win, often deflecting praise sent his way with his own praise for the guys in front of him.

"It's always nice to get into a game and get some shots right away," he said of his first start since March 7, "I think that certainly helped in the cause. The big issue of late for me and the team has been bad first periods, getting behind by a few goals. Tonight was a nice way to start the game."

The bad first periods he spoke of were manifest everywhere on the ice, but not on the scoreboard. The team in front of him did not dictate the pace of the game, nor did they keep their discipline intact. They made three trips to the penalty box in the first stanza alone, with two of the three considered to be of the 'lazy penalty' variety (holding the stick, hooking). Edmonton took two penalties all night, both in the first period.

The Blue Jackets killed off 5-of-6 of Edmonton's power play opportunities, allowing four goals on 11 power plays in the season series. Having to rely on your penalty-killers for such an extended time of the game is usually a recipe for a loss.

"You do have to give the guys credit for sticking with it," Richards said after the game.

Despite coming out somewhat flat, the Blue Jackets led the game until almost halfway through the third period, when the Oilers got their first lead. That lead was short-lived, as Columbus' Mark Letestu tied the game :54 seconds later.

"No excuses," said Richards, "you have to find ways to be better. They (Oilers) were faster and it looked like we were missing some energy. We didn't have what we needed to keep up with them."

But Columbus did manage to keep up with them. For the second consecutive game against the Oilers, the Blue Jackets won it in a shootout. And Curtis McElhinney has proven to be a more-than-capable backup goaltender for the team. He's a pending unrestricted free agent this summer that one could reasonably expect to get a contract extension.

The Blue Jackets now have 66 points on the season with a record of 31-35-4. If nothing significant changes over the course of the last 12 games of the season, Columbus will draft no worse than 7th in the first round of the NHL draft in June. With the deepest draft pool in over a decade, this is not a bad place to be.

The Blue Jackets are right back at it Thursday night against the Vancouver Canucks. Game time is 10:00 p.m., with the FOX Sports Ohio pregame show "Blue Jackets LIVE" starting it all off at 9:30 p.m.