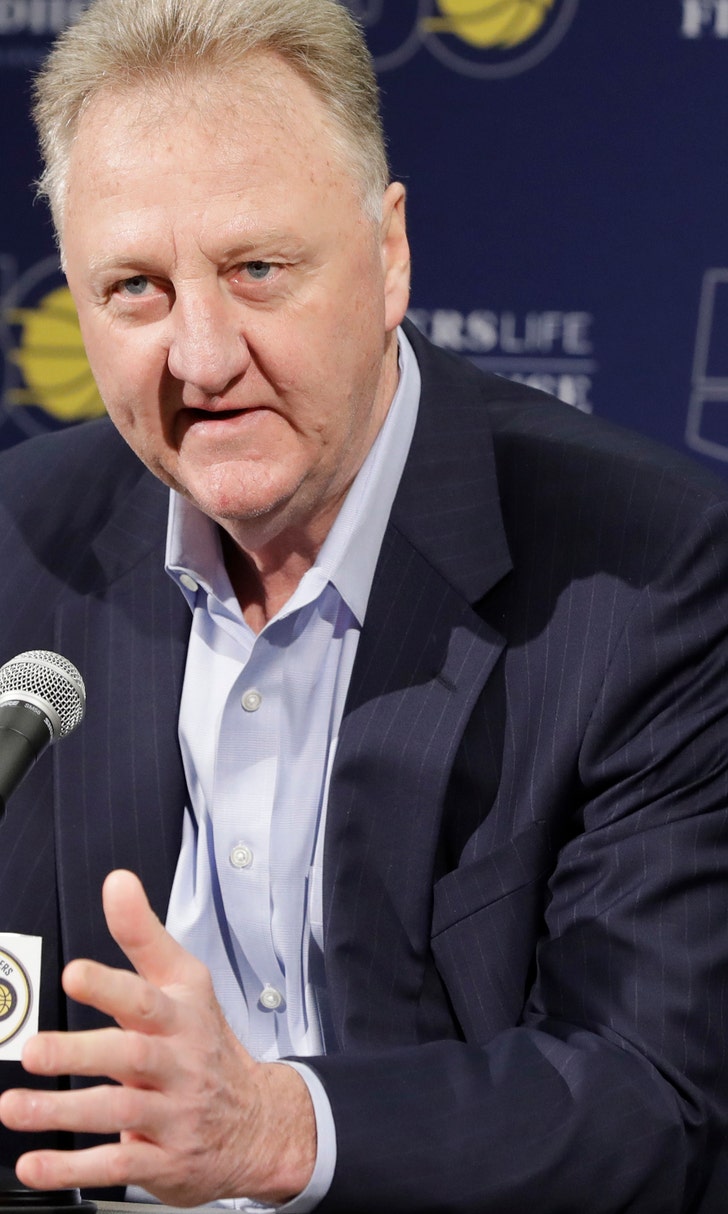 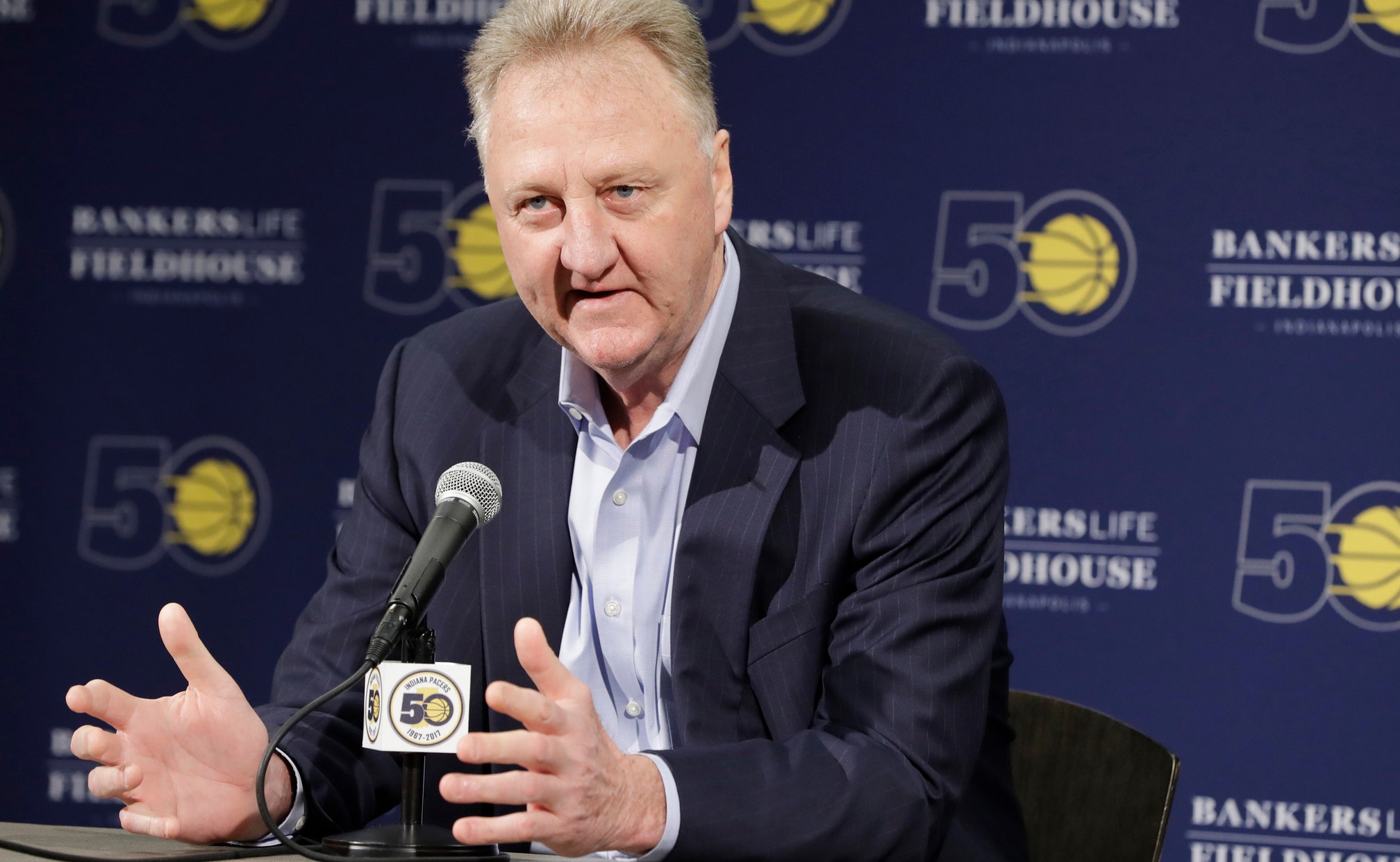 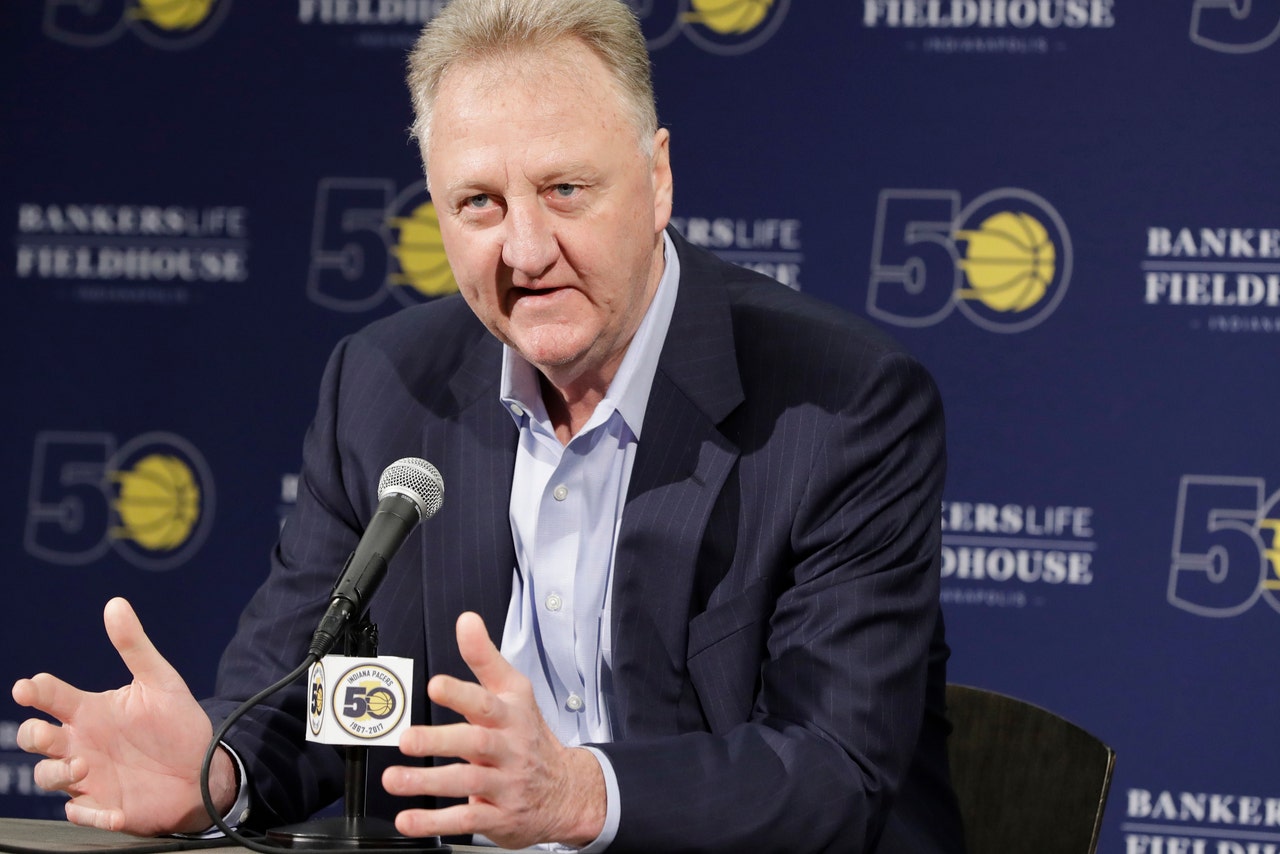 Larry Bird says he wants to do 'other things away from basketball.'

After nearly 40 years in the NBA, he had started plotting an exit strategy.

The 60-year-old Hall-of-Famer finally told the rest of the world Monday: He was stepping down as Indiana's president of basketball operations, turning the reins over to Kevin Pritchard and staying in the Pacers organization as a scout and consultant.

"Maybe when I turn 70, I'll come back," Bird joked. "But right now, my wife is happy. She's been on this run since I was a sophomore in college."

It has been a run of legend. Bird's story is well known to millions -- the small-town prep star who led Indiana State to the 1979 NCAA championship game against Magic Johnson, won three MVP awards and three NBA titles in Boston, and then helped the Dream Team capture Olympic gold in 1992. In August 1992, the man nicknamed "Larry Legend" and "The Hick from French Lick" retired as a player but remained with the Celtics as a special assistant until the Pacers offered him their head coaching post in 1997-98.

Bird took the Pacers to the Eastern Conference finals three straight times and was named the league's coach of the year in his debut season. A heart ailment prompted Bird to follow through on another promise -- that he would coach only three seasons. He walked away weeks after Indiana lost to the Lakers in the 2000 Finals.

Three years later, a rejuvenated and healthier Bird returned to the team as president.

His one failing: He couldn't bring an NBA title to Indiana. He will need to leave that one where it is.

Bird explained how he informed team owner Herb Simon last summer that he had signed his final contract to run the team. Then Bird called two confidantes into his office -- Pritchard and Peter Dinwiddie, the Pacers' vice president of basketball operations -- and repeated the message.

Bird said almost nobody else knew until word first leaked of his impending departure Friday.

"This is not a shock to me as Larry has always been up front about someday stepping down," Simon said. "I thank him for all that he has done and am very pleased he is remaining with the Pacers in a different capacity."

It's the second time in five years Bird has given up Indiana's top front-office job, and it won't be easy for Pritchard to replace a basketball icon like Bird in a state like Indiana. Pritchard has at least worked side-by-side with Bird and Donnie Walsh for the last five seasons.

"Good luck," Bird joked as he walked off the dais Monday.

When Pritchard sat down, he quipped: "Wow, this seat already feels a little hot."

Pritchard acknowledged he will look for those traits in new players, too.

First, though, he must sort through the uncertainties of what will be a crucial offseason for the Pacers.

Point guard Jeff Teague can become a free agent and Indiana still doesn't know if four-time All-Star Paul George intends to stick around when his contract expires at the end of next season.

Two years ago, Bird decided to switch from a traditional power team to one that favored "small ball," which George publicly disagreed with. Bird finally told reporters that George would do whatever was asked.

The experiment didn't last long as coach Frank Vogel moved George back to small forward early the next season. After the season, Bird let Vogel walk away, a move many fans criticized.

Bird came under even more scrutiny last season when a series of bold offseason moves didn't pan out as expected. Indiana had to win its final five regular-season games just to make the playoffs, then wound up enduring the franchise's first four-game sweep against defending champion Cleveland.

Now Bird is gone, the Pacers are in flux and Pritchard will have to fix it.