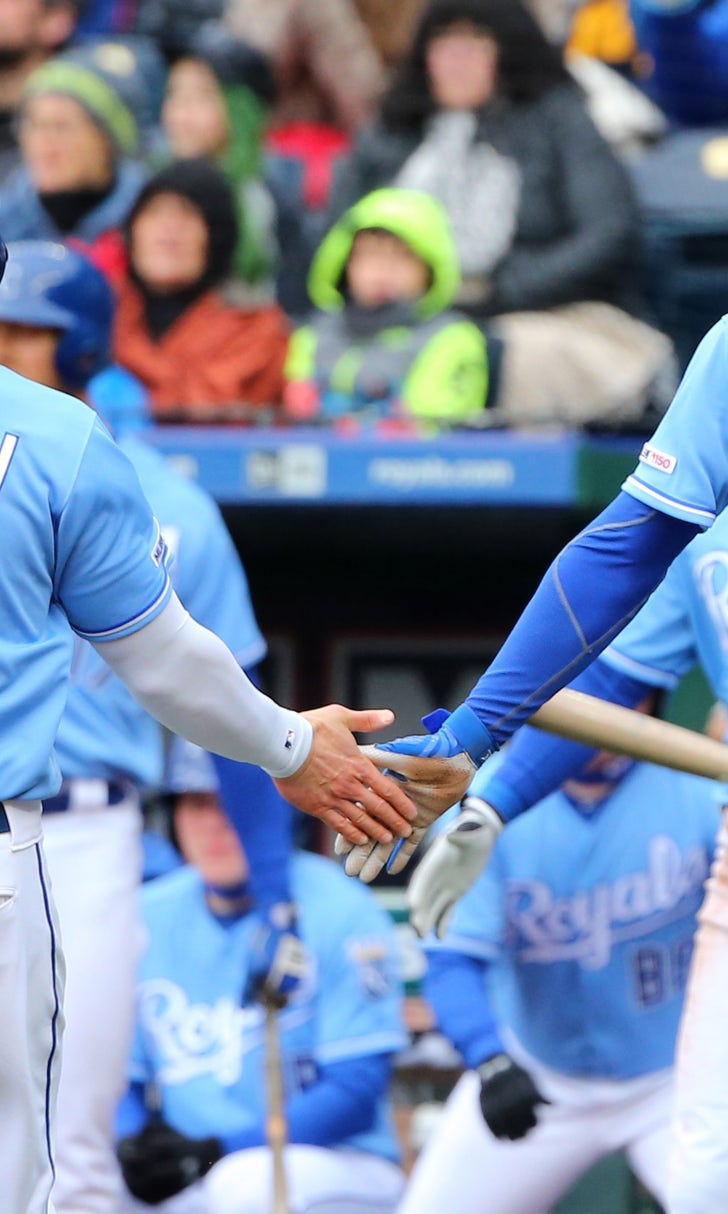 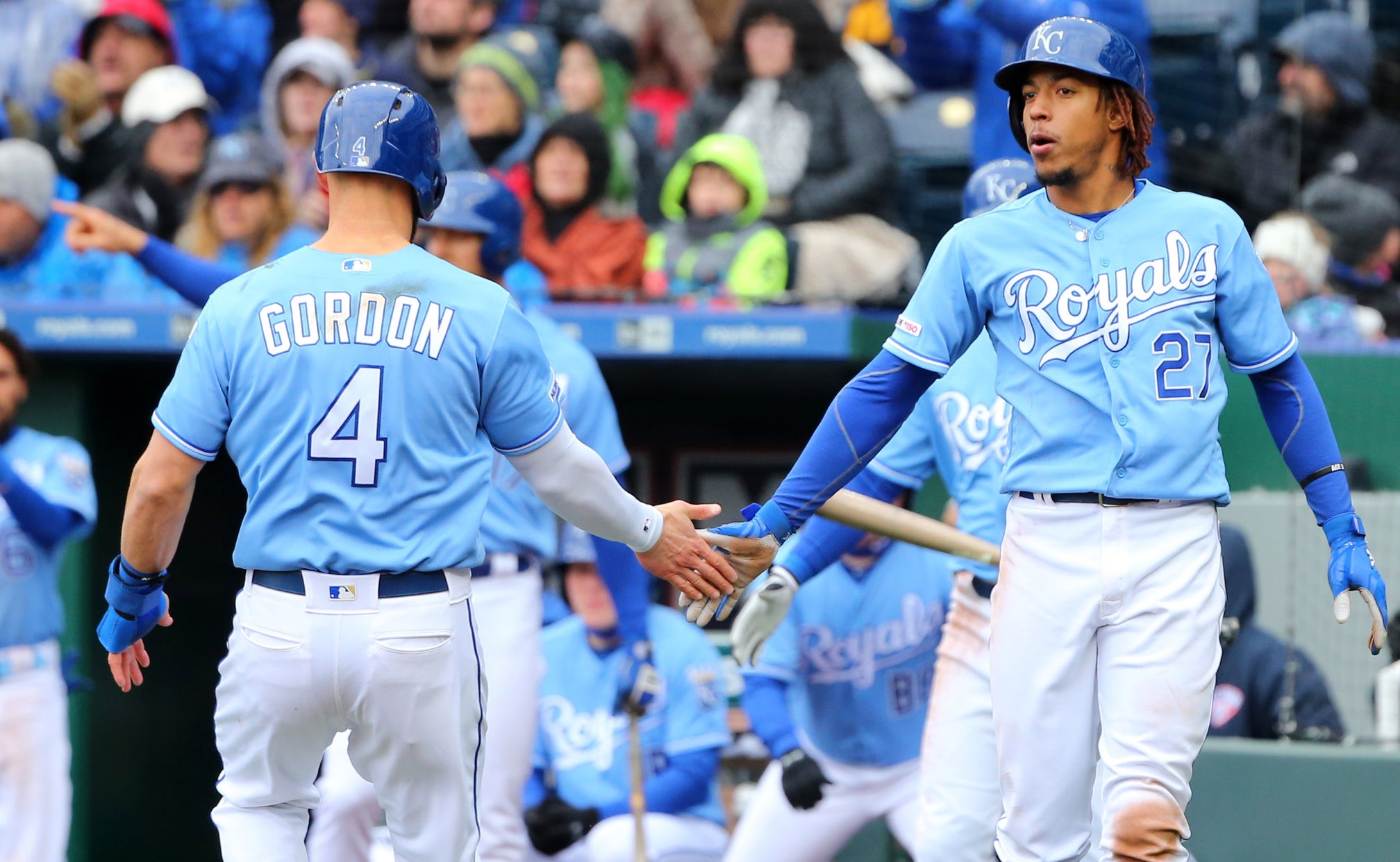 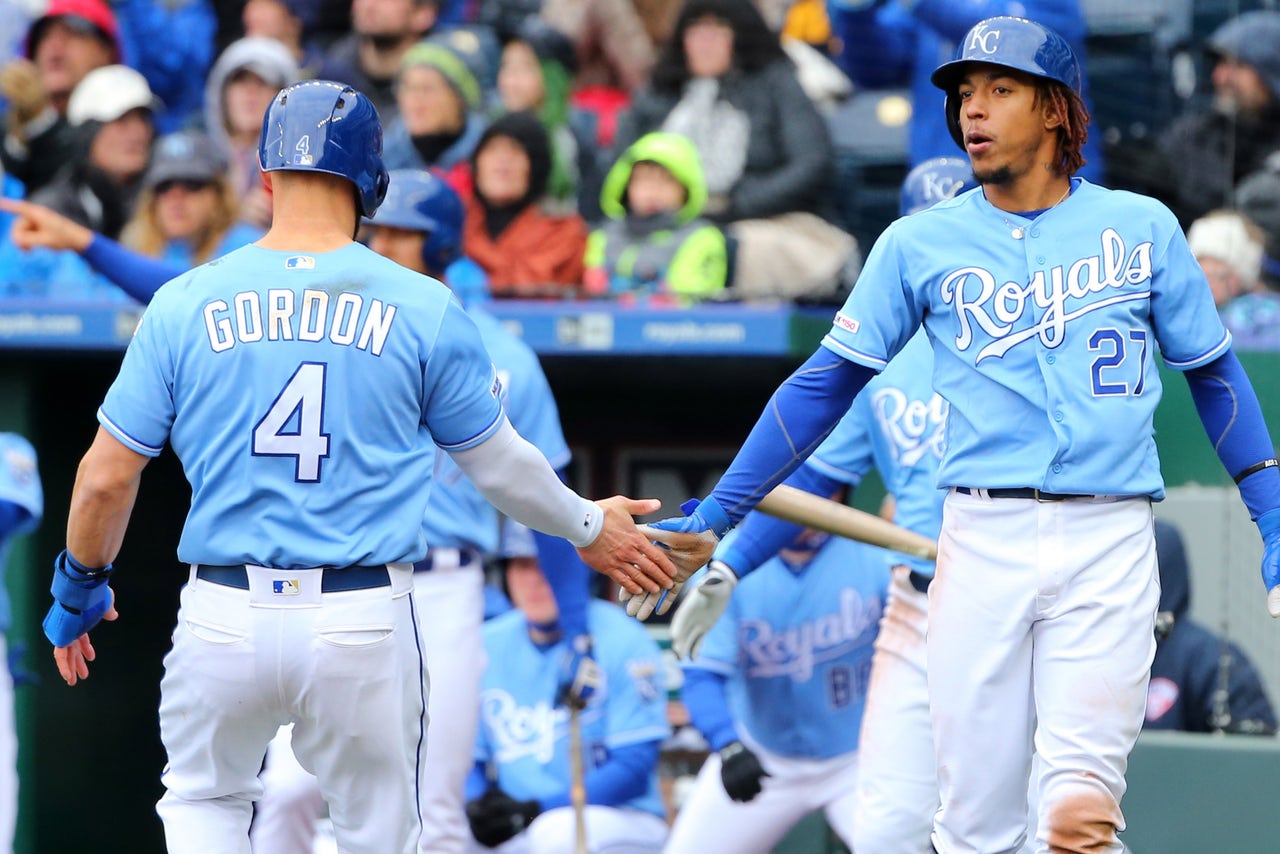 If the Kansas City Royals are going to have success in 2019, they'll need to rely on their speed. That was very evident Saturday in an 8-6 win over the Chicago White Sox on a wet, cold and windy afternoon at Kauffman Stadium.

Jorge Soler had three hits and three RBIs and Alex Gordon scored three runs despite not getting a hit. Billy Hamilton got three hits and scored twice for the Royals, 2-0 for the first time since their World Series-winning season in 2015.

The first pitch was delayed 30 minutes because of rain. When the game began, it was 38 degrees and felt like 28, whipped by 18 mph winds.

The Royals had two big innings when they scored seven of their eight runs, and speed played a role in all of them. Nowhere was it more evident than a three-run fourth when Hamilton advanced from first base on a flyout to right field.

"We were screaming for him to tag," Kansas City manager Ned Yost said. "That's the type of baseball we like to play. We like to push it. He's got that phenomenal speed to be able to do it."

For Hamilton, it was no big deal.

"I take pride in my baserunning," he said. "It's easier to score from second base than it is from first base. I kind of know the guys who are playing. I knew if he would have thrown me out I wouldn't have been mad. You have to take the chance.

The speed on the basepaths seemed to rattle White Sox starter Reynaldo Lopez (0-1). He gave up four runs on six hits through four-plus innings.

"If they get on base, they can be a disruption, a distraction for you because you have to keep checking on them just to make sure they don't take a big lead and take off earlier," Lopez said. "I don't think that they ran a lot against me, but it's just part of the game."

"He was pulling pitches quite a bit early and wasn't able to get back to front," he said. "He wasn't able to do it as well as we wanted him to. He was not having a good feel for the baseball this afternoon."

"It was a little bit cool for him, as it was for both sides. I think he was pulling a lot more pitches than we're used to. He tried to make an adjustment but just wasn't able to," he said.

Jakob Junis (1-0) gave up three runs — all in the sixth on Jose Abreu's homer — over 5 2/3 innings. He allowed six hits, walked one and struck out six.

It was the second straight strong starting effort for the Royals. Brad Keller threw seven shutout innings in the season-opener Thursday.

Ian Kennedy pitched the ninth for the first save of his career. He gave up two quick singles, but then retired the next three batters.

"Nerves go away quickly when you get first and second," he said. "That's when you know you can't give up any more singles. You try to put it to a stop."

The Royals made it 4-0 in the fifth when Gordon walked and scored on a double by Soler, chasing Lopez.

The Royals came back with four runs in the bottom half. Whit Merrifield hit a two-run single, extending his hitting streak to 22 games back to last season, Gordon walked and Soler drove in both runners with his second double.

ICYMI: Jorge Soler shows some ? and ?on his third hit of the day. #AlwaysRoyal pic.twitter.com/Un5RMkxPkf

Moncada homered in a three-run seventh.

Prized White Sox rookie Eloy Jimenez got his first two big league hits after going 0 for 3 in his debut Thursday.

White Sox: RHP Lucas Giolito will make his season debut for the White Sox as they conclude the season-opening series in Kansas City.

Royals: RHP Jorge Lopez will get the start for the Royals.