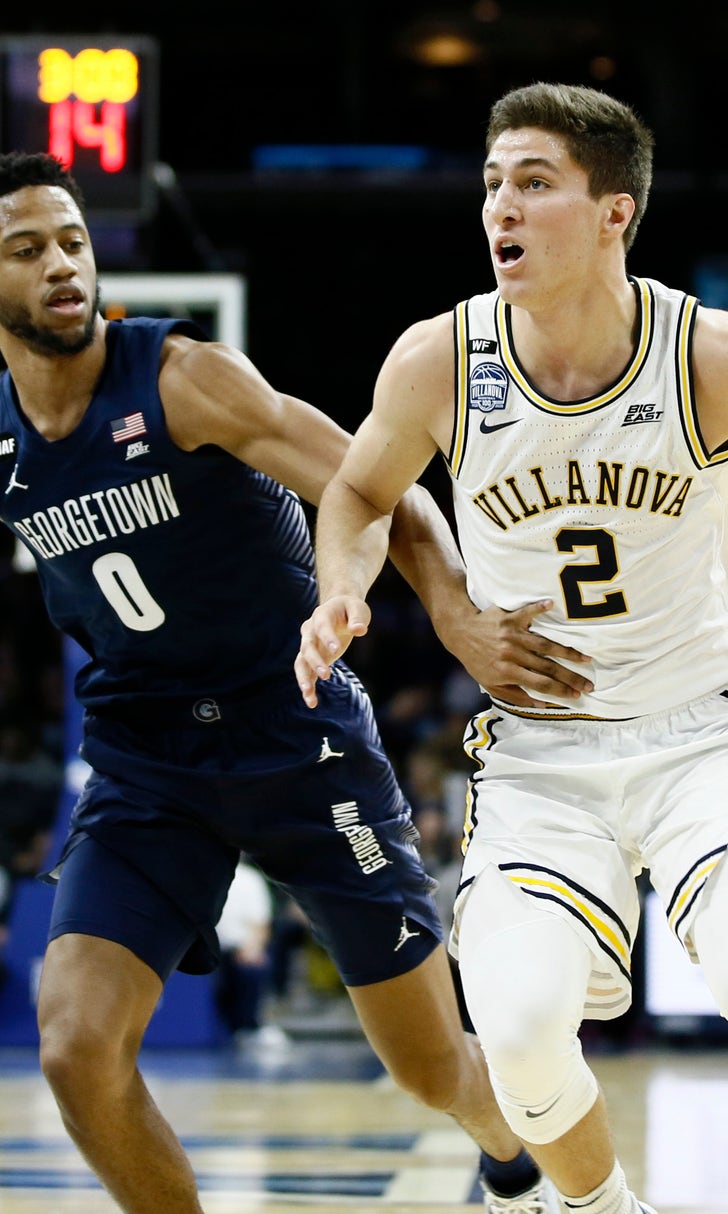 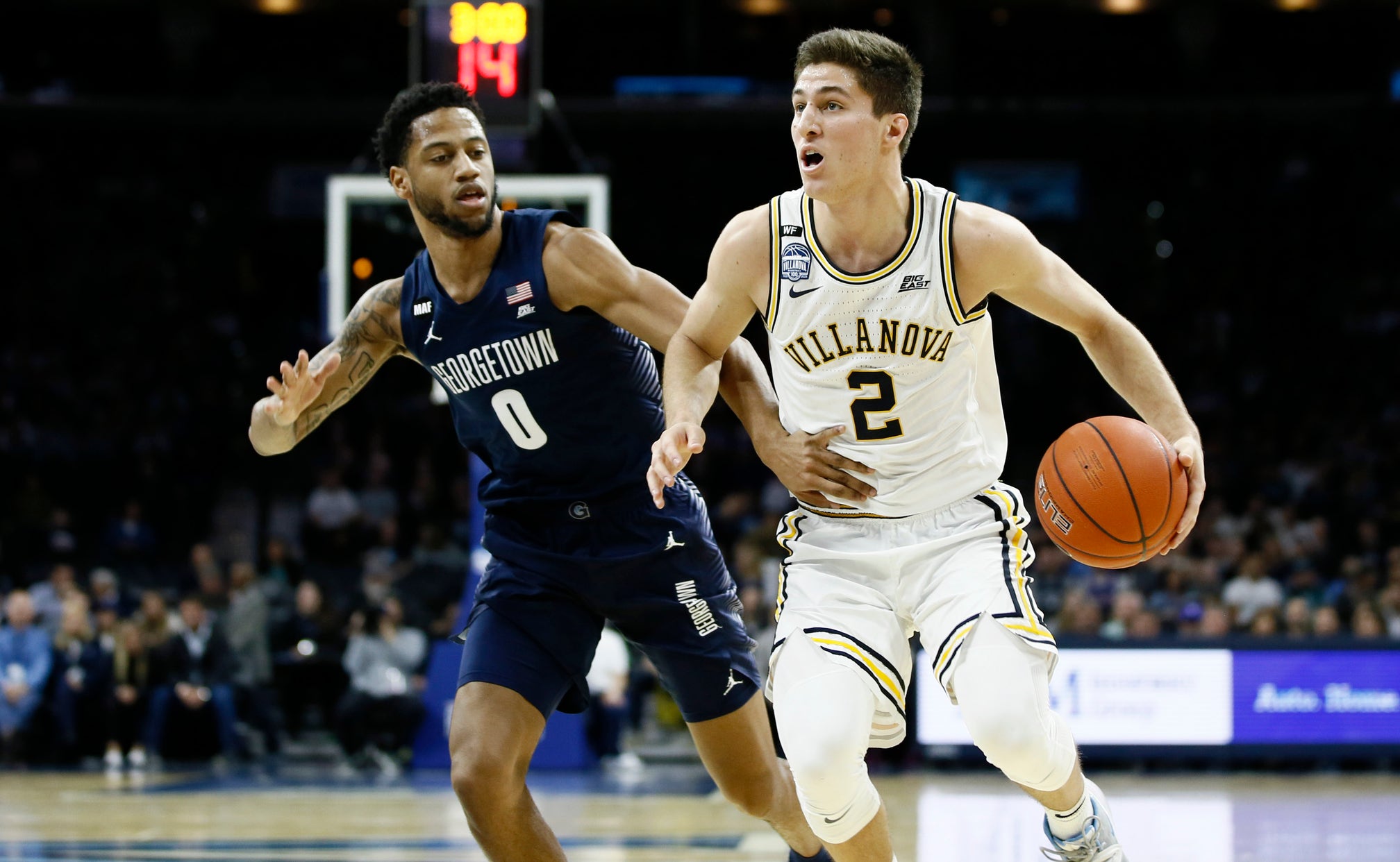 PHILADELPHIA (AP) — Saddiq Bey was needed to score more to keep Villanova in the hunt to win as tough a Big East conference as it's been in years.

Bey gave the Wildcats and coach Jay Wright a glimpse of just how effective he can be from long range.

Bey hit eight 3-pointers and scored a career-high 33 points to lead No. 16 Villanova to an 80-66 win over Georgetown on Saturday.

"I think every game we take the same approach," Bey said. "Take shots when they're there."

Bey found them against the undermanned Hoyas. Bey, a 6-foot-8 sophomore forward, hadn't been much of a 3-pointer shooter this season for the Wildcats (12-3, 3-1). He'd made only 21 and four of those came in a nonconference game against Ohio.

"I know he improved his shooting but I didn't think he was going to 8 for 10 from 3," Georgetown coach Patrick Ewing said. "Sometimes when you hit your first few shots, the basket looks like an ocean."

Consider, Bey sank only one 3-pointer when he scored his previous-best 27 points in December against Penn.

Left open, and determined to shoot, Bey had a day to remember. He carried the Wildcats early as they coasted toward their eighth win in nine games. Bey had seven 3s and was 9-for-12 overall from the floor when the Wildcats led 56-49; the rest of the team was a combined 9 of 30.

Bey was in Georgetown's backyard as a four-star prospect at Washington's Sidwell Friends. But he never had much interest in the Hoyas and originally signed with North Carolina State before he asked for a release from his letter-of-intent.

The Wildcats pounced, another shrewd pickup for Wright, saluted by the Wildcats on Saturday for his Associated Press men's coach of the decade selection. Bey finished 10 of 15 from the floor and made five free throws.

"We're spoiled here," Wright said. "We've had really good teams and we know how far we are from being there. These guys have to put the time and the work in."

The Wildcats averaged 7.3 3s a game and blew that number out of the stat sheet before most fans were settled in their seats. They made 10 3-pointers on their first 12 baskets and played with desire to push the ball inside. They one time they did, Jermaine Samuels converted a three-point play - of course, three points -- to send the Wildcats into the break up 39-36. Samuels' free throw was the only one of the half for the Wildcats.

Ewing called a timeout just 30 seconds into the half after Jeremiah Robinson-Earl hit a jumper and Bey made a 3 that kept the Wildcats rolling. The Hoyas made early turnovers that kept them from making this one much of a game.

Georgetown: Ewing still has a long ahead of him to make the Hoyas winners, especially with four transfers during the season. "They were crying about minutes, time, touches," Ewing said. "Now we've only got six or seven guys that are going to play. We can't worry about who's here, who's not here. This is our team."

Villanova: The Wildcats kept on winning to open a stretch of four straight home games.

"We have great upside; a lot of potential," Wright said.

Villanova held Georgetown to 41 percent shooting and just two 3s in the second after the Hoyas nearly shot 50 percent in the first to keep it close.

"We knew we were lacking a little bit on the defensive end, so we wanted to get stops right away," Villanova guard Collin Gillespie said. "I think we did a pretty good job of communicating in the second half. Guys were a little confused in the first half."