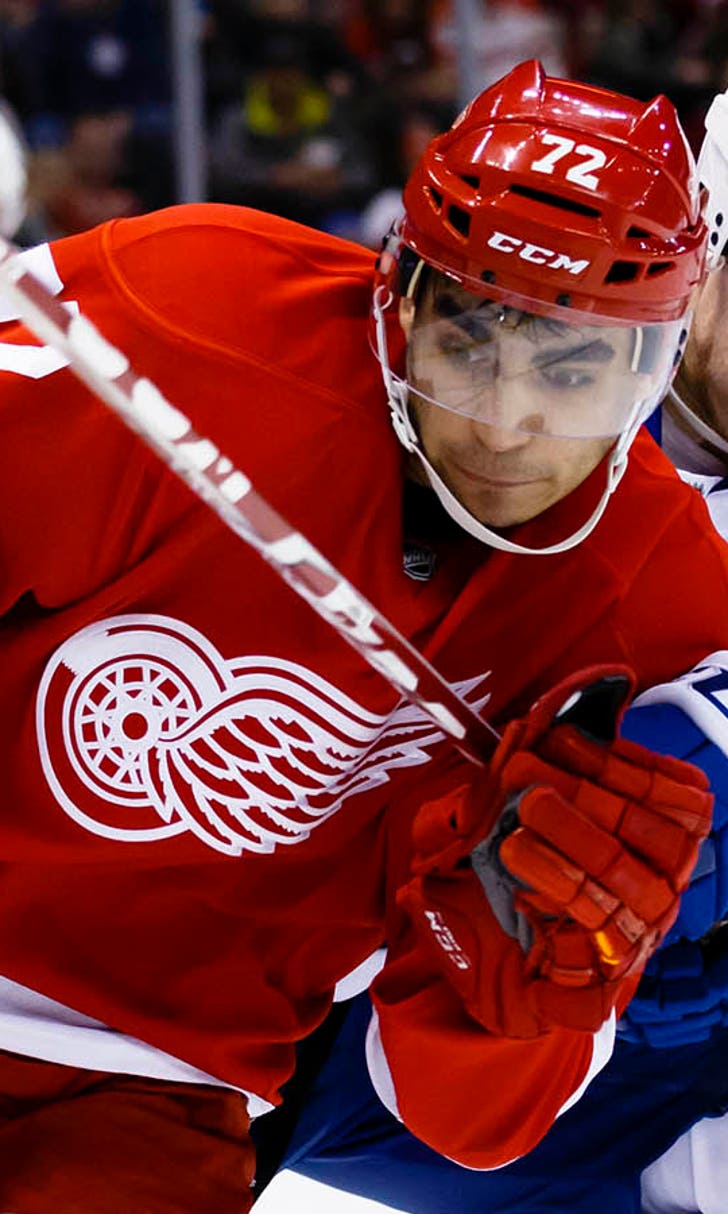 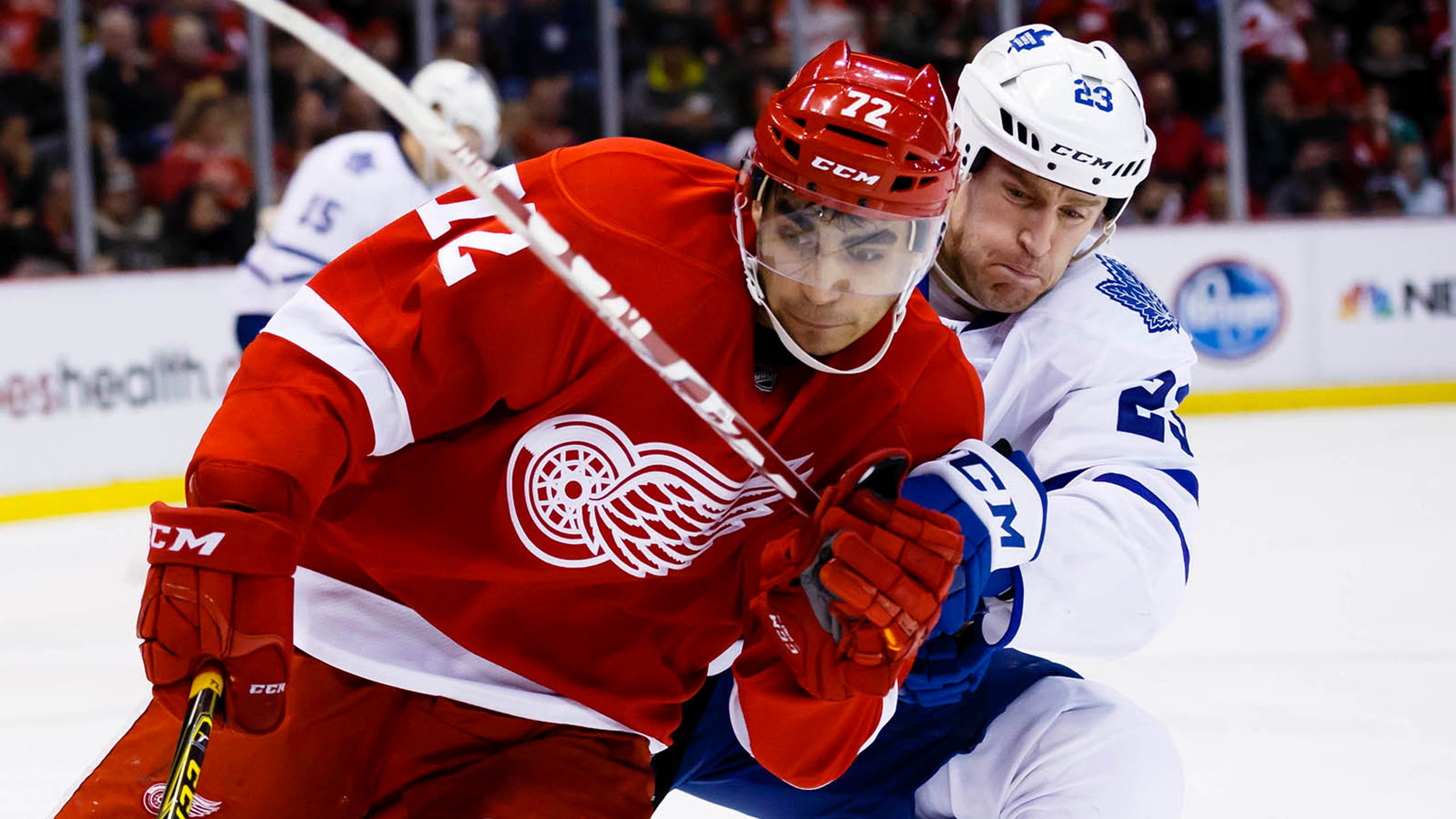 Bernier made 38 saves in his 12th career shutout, leading the Toronto Maple Leafs to a 1-0 victory over the Detroit Red Wings on Sunday night.

It marked the Maple Leafs' second shutout of the Red Wings in the last 30 years. The last time was Curtis Joseph's 3-0 victory on Dec. 6, 2000, in Detroit.

"I felt great from the get-go," Bernier said. "We felt we dominated this game from the start and we wanted it."

Toronto's Michael Grabner came in on a breakaway and was hauled down by Danny DeKeyser with 29.5 seconds left in the second. Petr Mrazek made the save, but as Grabner slid into the crease, the puck went into the net.

After a review, it was ruled that the puck crossed the line in a legal fashion before the net was displaced. It was Grabner's first goal since Jan. 2.

"I saw the puck out of the corner of my eye go in and I knew that I didn't touch the goalie," Grabner said. "I didn't feel it hit me or anything. I got a lucky bounce."

Babcock, who coached the Wings the previous 10 seasons, understands the position they're in.

"Detroit's important for me," Babcock said. "For anybody who's involved here, they want to keep getting in the playoffs. So I'm cheering for them every night that they don't play us."

Despite getting 38 shots, the Wings lamented the failure of their power play, which went 0 for 3.

"We didn't really create enough there today either," captain Henrik Zetterberg said. "When teams play like this, it's really tight. You've got to take advantage when they're in the box."

The Maple Leafs appeared to score at 12:58 of the first when the rebound of Zach Hyman's shot went off Ben Smith's shoulder and into the net. But the goal was waved off and the call was upheld after a video review.

The Wings announced in the second period that Datsyuk had an upper-body injury and was questionable to return. He came back at 15:01 of the second.

Detroit thought it had scored at 3:06 of the second when Luke Glendening's rebound shot got past Bernier. After a review, officials overturned the call and said Glendening had batted the puck into the net with his hand.

"It's tough," DeKeyser said. "(Saturday) we were on a high and we're pretty low today after that loss. Every game this time of year, especially for us with how close the standings are is a huge game. It's tough when you don't come away with points."

NOTES: The Red Wings announced that D Niklas Kronwall has a sprained knee and will miss 1-to-3 weeks. ... Red Wings F Darren Helm, who scored in overtime in Saturday's 3-2 win against the New York Rangers, missed Sunday's game due to the flu. ... Only eight of the players who suited up for the Leafs on Sunday played in the opening night game in Detroit on Oct. 9. ... The Maple Leafs got their second victory against an Atlantic Division team, improving to 2-12-7.