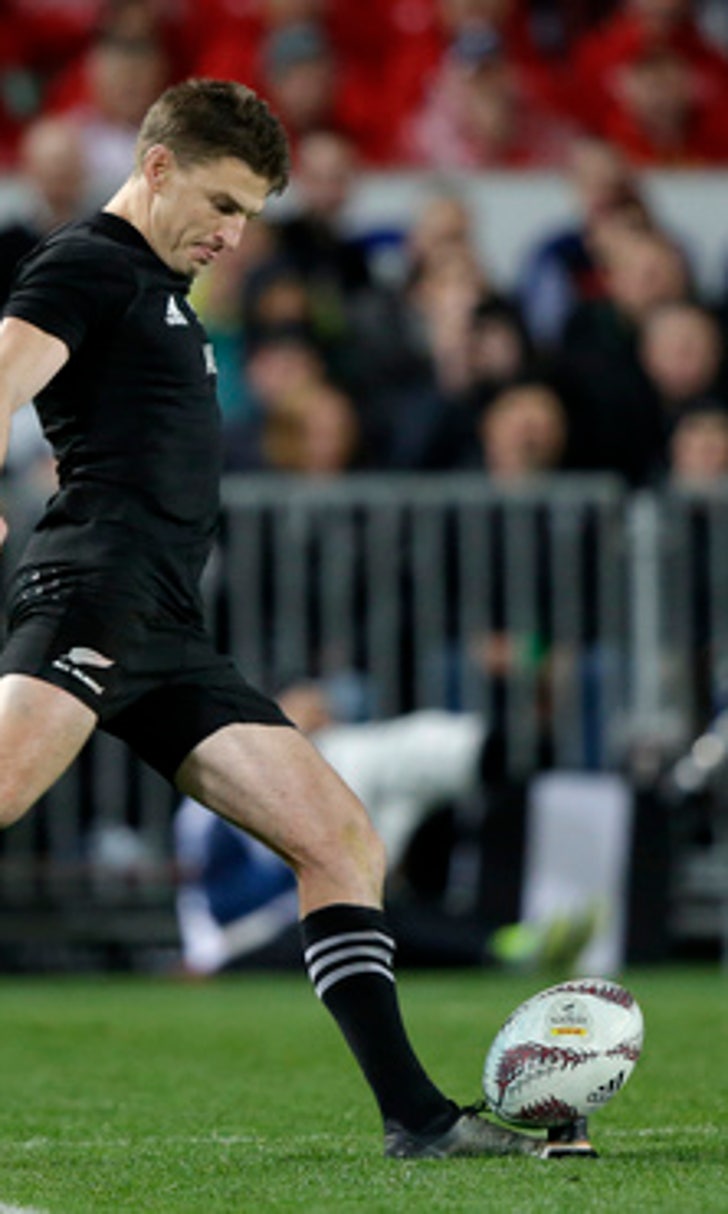 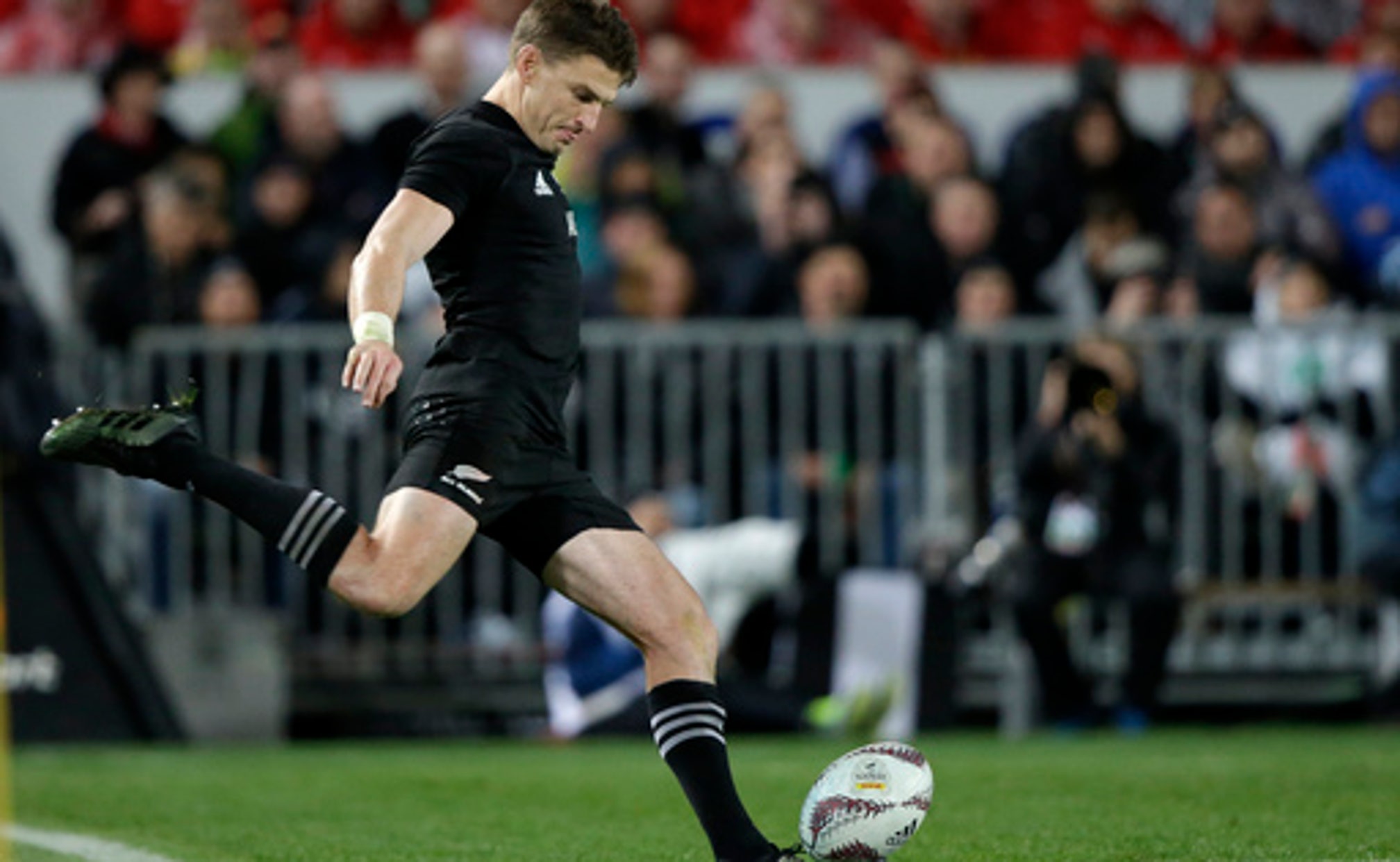 Beauden Barrett to lead All Blacks against Barbarians

LONDON (AP) Flyhalf Beauden Barrett will captain the All Blacks for the first time Saturday in the opening match of their European tour against the Barbarians.

New Zealand, with a touring party of 37 players, will use the informal match to give playing time to squad members who might otherwise have few opportunities in forthcoming tests against France, Scotland and Wales.

But the lineup is still strong and the selectors have formalized the leadership role Barrett plays within the New Zealand team by awarding him the captaincy, although the match doesn't carry test status.

The lineup features the return of Jerome Kaino at No. 8 after the veteran missed the latter half of the domestic season. Ardie Savea will start at flanker, facing his brother Julian, the former All Blacks winger, who will play for the Barbarians.

Seta Tamanivalu also returns on the left wing for his first All Blacks appearance in more than a year. David Havili will start at fullback while Anton Lienert-Brown and Ngani Leaumape will combine in midfield in what might be the next generation of All Blacks centers.

Barrett will combine with his Wellington Hurricanes teammate, scrumhalf T.J. Pernara, and Waisake Naholo will line up on the right wing after a season of sporadic appearances, interrupted by injury.

Prop Ofa Tu'ungafai and hooker Nathan Harris were given rare starting opportunities in the front row and will play alongside Kane Hames, who has assumed the loosehead role after a season-ending injury to Joe Moody.

Beauden Barrett's brother, Scott, will start at lock in combination with Luke Romano and in the absence of the regular starting pair, Brodie Retallick and Sam Whitelock. Retallick is missing the tour and Whitelock is being saved for the tests.

Blockbusting backrower Vaea Fifita will make other starting appearance on the blindside flank.

The bench includes young hooker Asafo Aumua, who will likely make his All Blacks debut before playing a Super Rugby match, along with prop Tim Perry and utility Matt Duffie who are likely to make their All Blacks debuts.

Head coach Steve Hansen said the selectors had no choice but to rush young players into action on the five-match tour.

''Preferably you'd want to give them a couple of weeks before you even look like putting them in, but this Baabaas game suits having those boys in the side,'' he said.

Hansen said Barrett was due to take on the responsibility of captaincy.

''We need a leader and it's a good opportunity for him,'' Hansen said. ''He needs a game - he hasn't played for four or five weeks - so we might as well start him and then we know where he is at.

''This will be a tough game. It's like a New Zealand trial so everyone will have plenty to say about it.

''We know the quality of the people that are in the Baabaas. It'll give us a good gauge of where (the All Blacks) are at.''