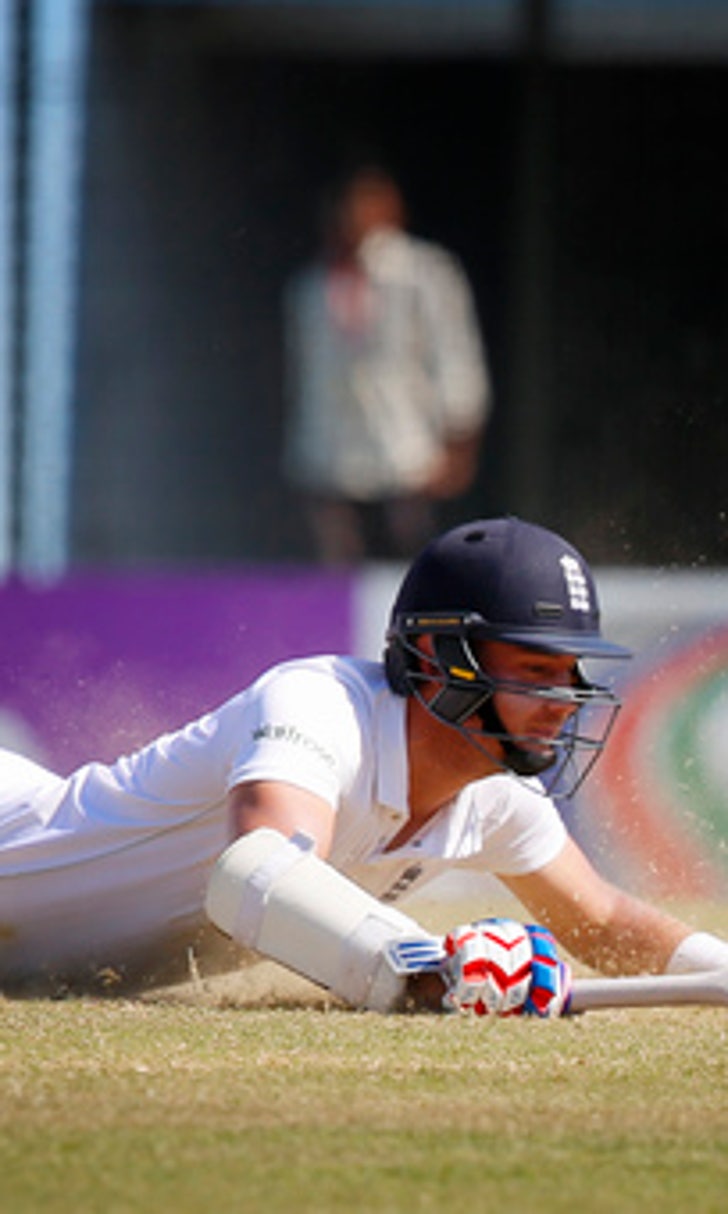 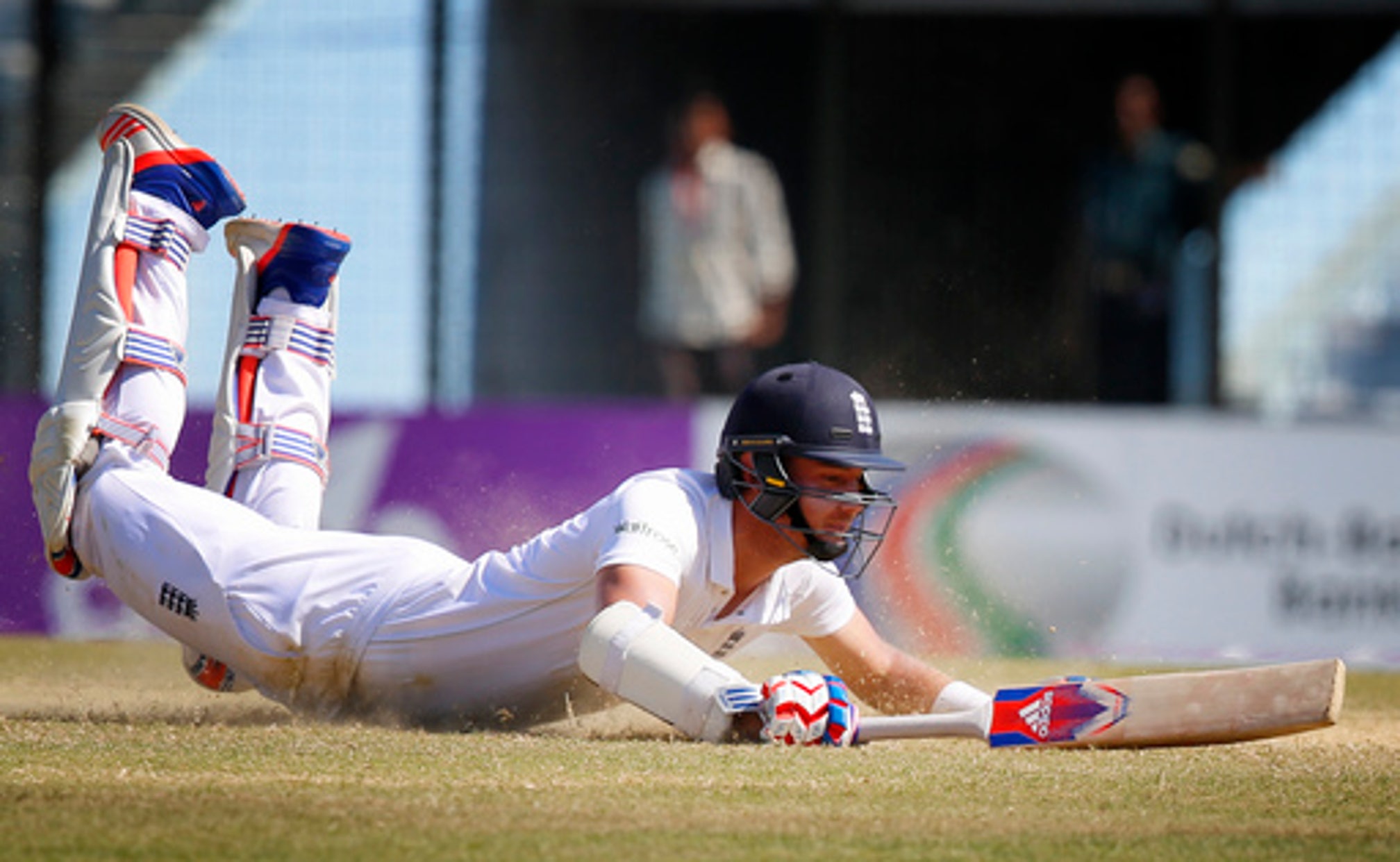 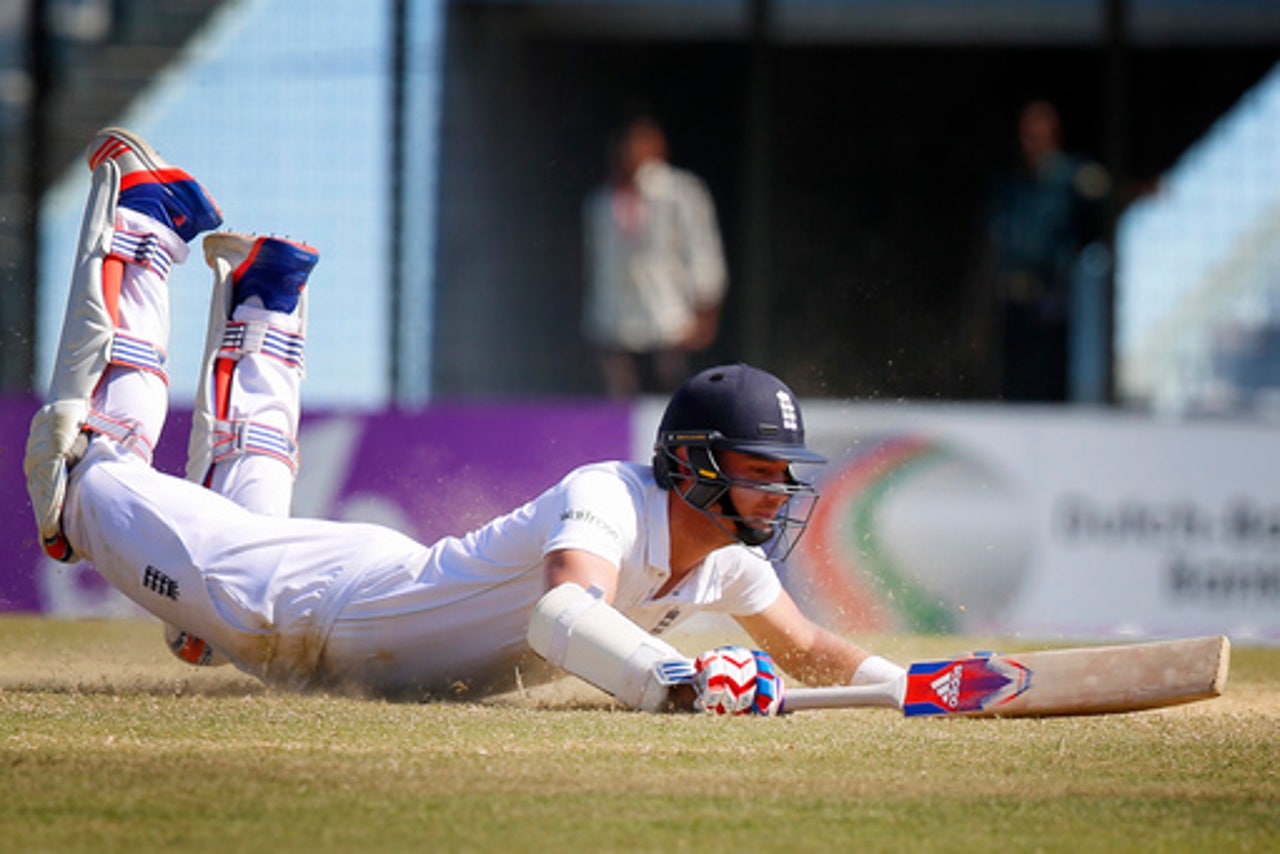 CHITTAGONG, Bangladesh (AP) The first test between England and Bangladesh hangs in the balance after the home side reached 179-5 at tea on the fourth day on Sunday, chasing 286 for victory.

Captain Mushfiqur Rahim played with serenity to remain not out on 22 with Sabbir Rahman on 25.

Opener Imrul Kayes made 43 and helped the side get off to a good start, but England clawed back to leave Bangladesh 86-2 before lunch.

The visitors took the upper-hand in the post-lunch session by taking three quick wickets setting up Rahim and Sabbir to combine for a 39-run unbroken sixth wicket partnership.

Offspinner Gareth Batty dealt a double in his consecutive overs after lunch to get England back on track. He won a video review to dismiss Mominul Haque for 27 and removed Mahmudullah, who took a review in vain, for 17.

Just when Shakib Al Hasan appeared to take the side to safety, offspinner Moeen Ali again struck with a delivery that shaped in to take the inside edge of Shakib for 24.