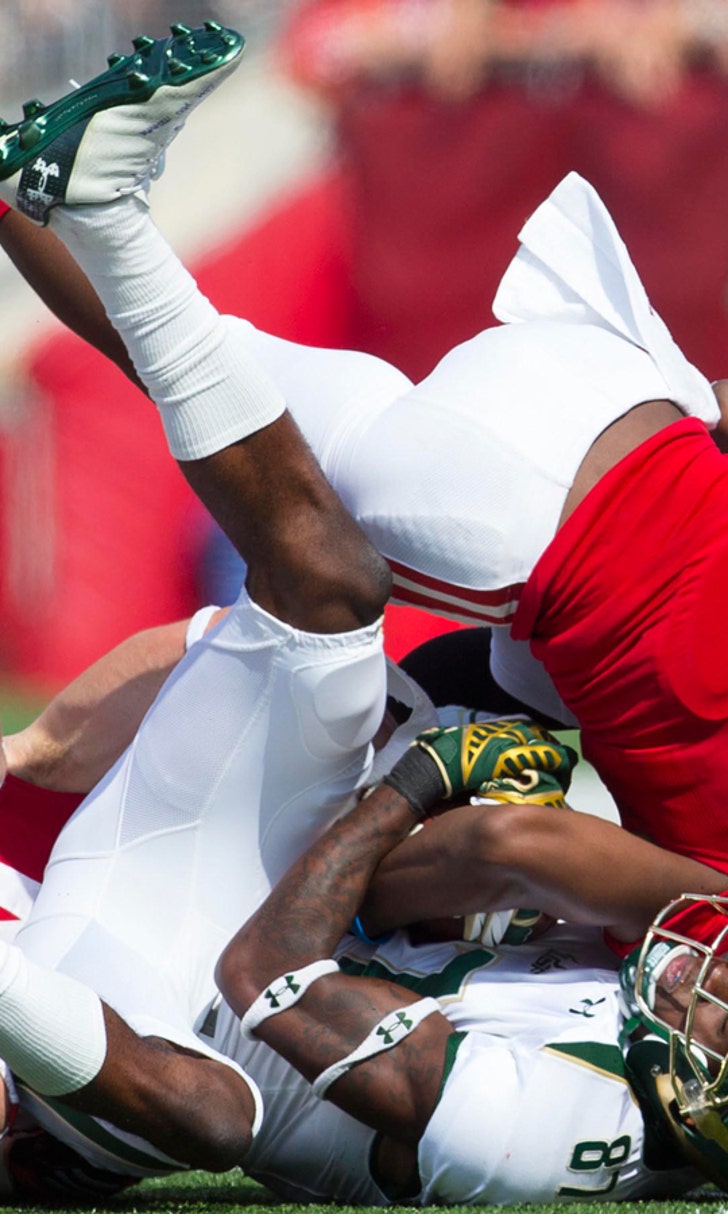 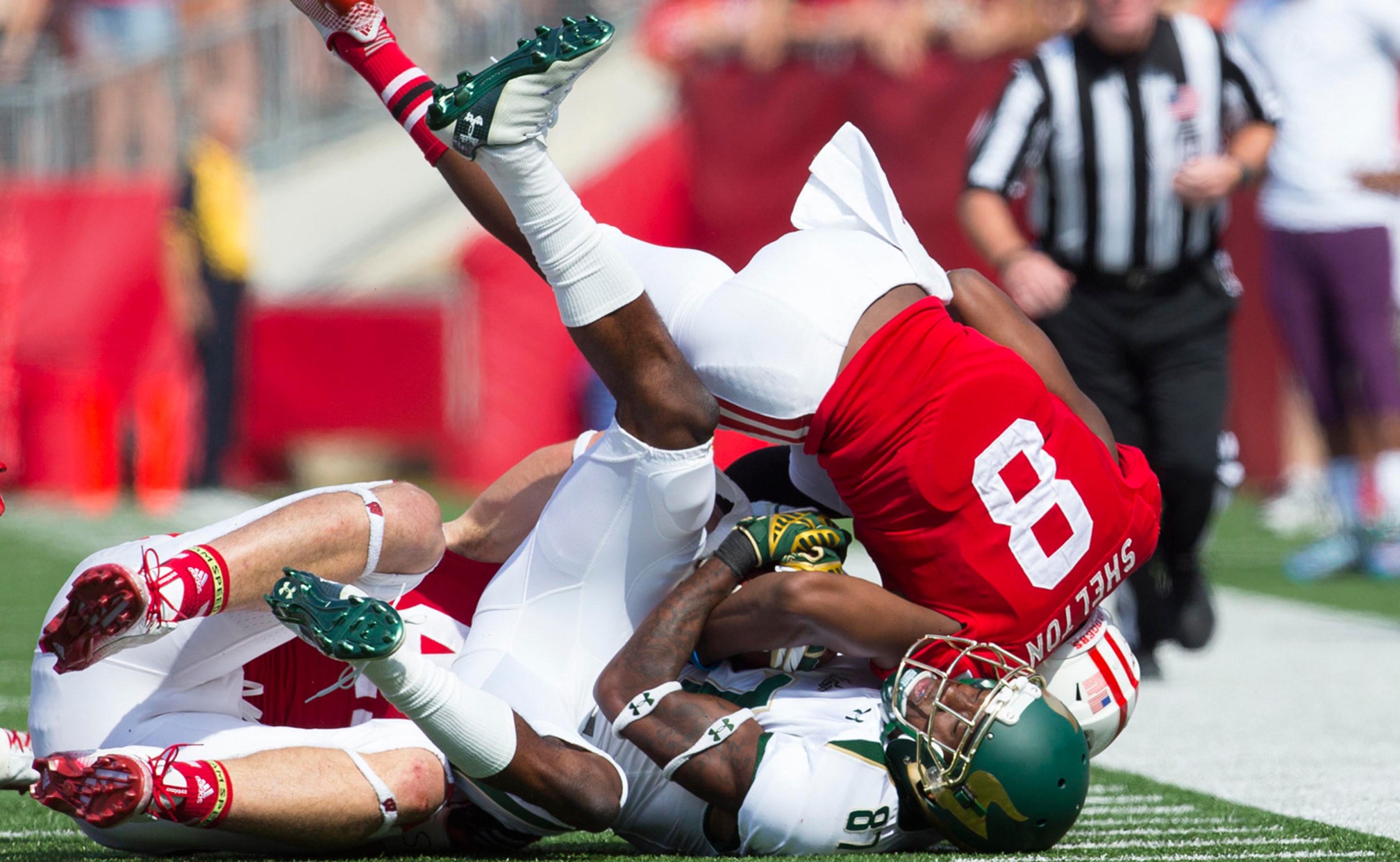 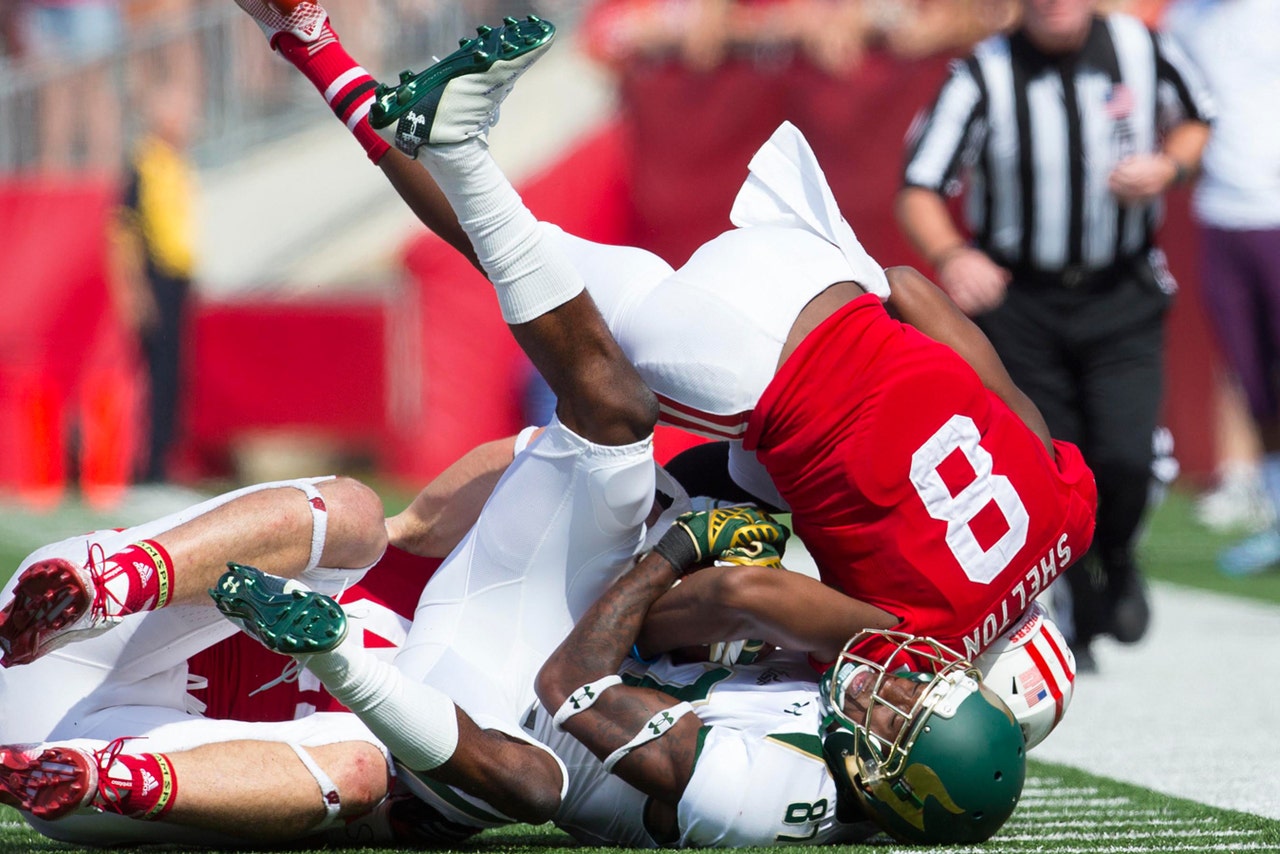 MADISON, Wis. -- Melvin Gordon decided to speak up with Wisconsin off to another lackluster start.

The star tailback couldn't take it anymore while jogging back to the locker room with the Badgers tied at 3 at the half with South Florida.

His teammates listened. The blocking picked up to help spring Gordon for two touchdown runs that helped No. 19 Wisconsin hold off the Bulls 27-10 on Saturday.

Gordon had company at the half. Six-foot-8 right tackle Rob Havenstein offered some words, too.

"Me and Big Rob, we were walking in and Iike, 'We've got to talk to these guys,'" Gordon said. "We felt we needed to rally our offense together and speak up and we motivated those guys, and obviously we were a different team in the second half."

Gordon finished with 181 yards and 32 attempts, amassing 131 yards after halftime. He scored on carries of 7 and 43 yards on the Badgers' first two drives of the second half after running room finally opened up.

The blockers looked rejuvenated. Gordon pleaded with receivers to come up with catches. He took responsibility himself to execute better in the run game.

Gordon, who finished with 32 carries on the day, found more room after halftime.

The 43-yard touchdown run with 8:04 in the third quarter was vintage Gordon. He broke two tackles before shuffling his feet to freeze safety Lamar Robbins for a second, a move that allowed Gordon to dart left untouched the rest of the way into the end zone.

"They came out fired up and got the momentum and we kind of dragged off," South Florida defensive back Jamie Byrd said. Byrd and Nate Godwin each finished with 14 tackles.

The Bulls (2-3) put together an admirable effort in their first road contest of the year, getting to within 17-10 midway through the third quarter on Rodney Adams' 26-yard touchdown run off a reverse.

But Wisconsin (3-1) inched away in the final 20 minutes to extend its nonconference winning streak at home to 32 games.

The Badgers pounced on a South Florida turnover to start the fourth quarter with a clock-eating drive that put the game away.

The Bulls thought they had a big gain into the red zone after Mike White connected with Kennard Swanson for a 52-yard completion. But Swanson fumbled following a lunging hit by freshman safety Lubern Figaro. Linebacker Vince Biegel recovered at the 10.

"We could have busted it in there and been within three points in the ball game and who knows after that," Bulls coach Willie Taggart said.

From there, Wisconsin marched 90 yards in 18 plays on a series that ended with Tanner McEvoy's 1-yard touchdown pass to tight end Sam Arneson with 5:17 left for a 17-point lead.

Still, the offense remains a work in progress with Big Ten play beginning next week at Northwestern. That's three straight weeks now in which coach Gary Andersen's offense has started off sluggish.

"It just felt like we were leaving opportunities out there on the field. You just can't do that," Andersen said.

South Florida won the matchup in the trenches in the first half, even with starting defensive tackle Todd Chandler missing the game with an eye injury. When Wisconsin ball carriers did slip through, they were met by a gaggle of Bulls flying to the ball.

Gordon was credited with a fumble for a second straight week, though he was hit on the play right as we taking the handoff. Center Dan Voltz took the blame for failing to pick up slanting defensive lineman Elkino Watson, and the Bulls recovered at their own 5 late in the second quarter.

"I don't think that there's any running back in the history of the world that would have any chance of not fumbling that football," Andersen said.

The turnover got the Bulls "just talking at the mouth after that. We missed some points on that," Gordon said.

One more missed opportunity that put Gordon over the edge.

The coaches remained calm at the half, Gordon and Havenstein gave the motivational speeches.

"Very angry. Very angry," backup running back Corey Clement said with a smile. "You could tell when he scored on the opening drive of the second half."

White was 8 of 19 for 173 yards. South Florida running back Marlon Mack, who was averaging 125 yards a game coming into the afternoon, was held to 34 yards on 10 carries.