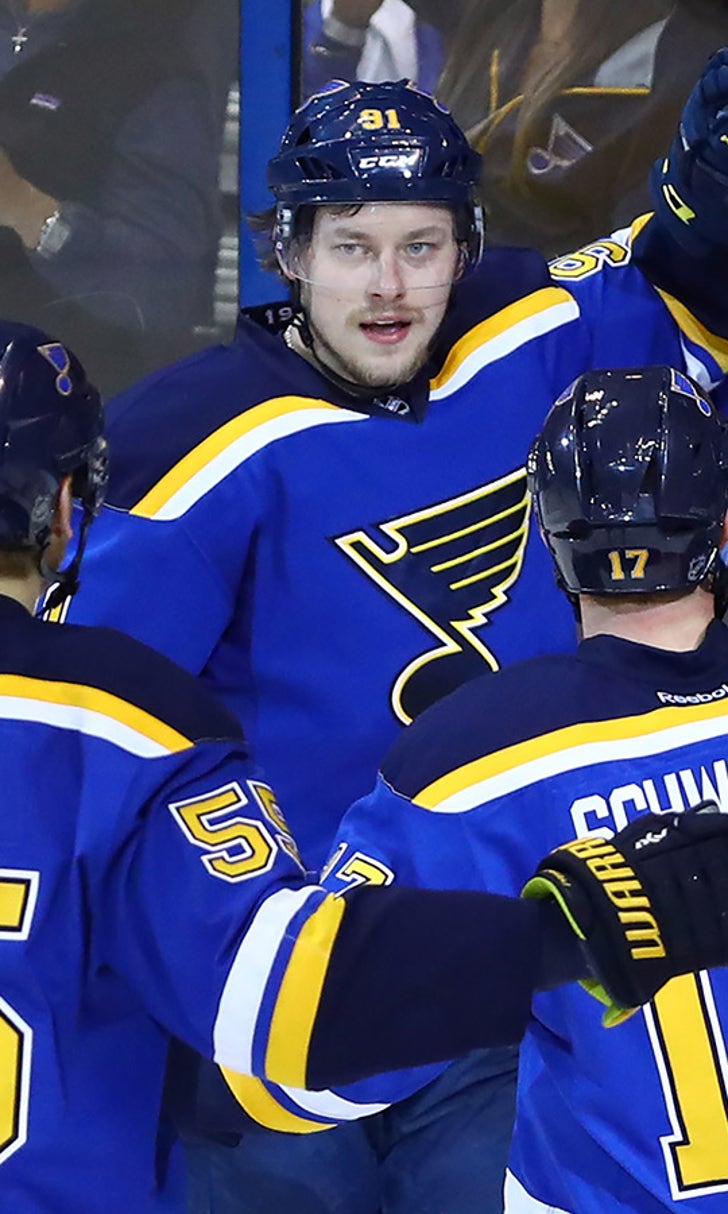 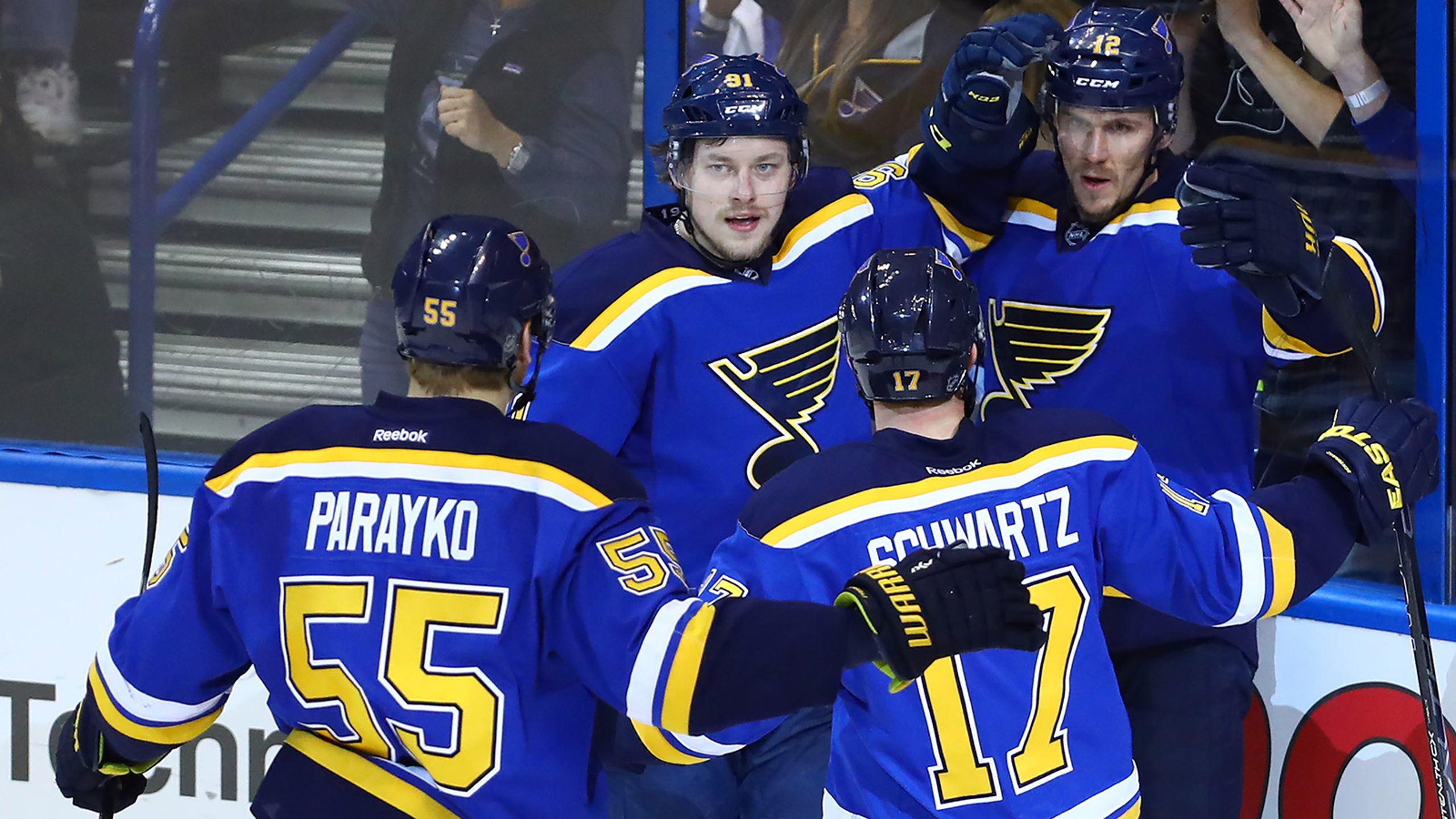 Backes, Lehtera and Elliott (of course) lead Blues over Sharks 2-1 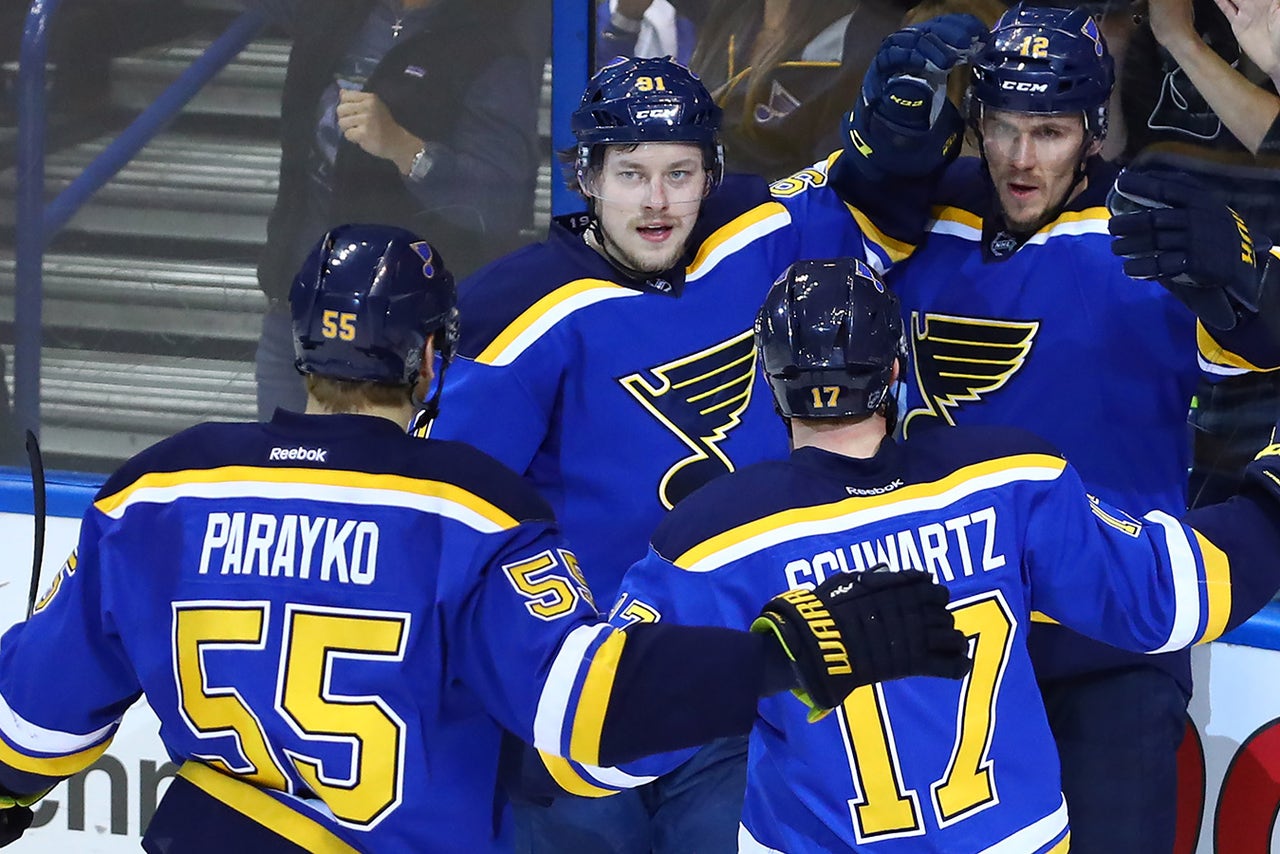 ST. LOUIS -- Once again, Brian Elliott was the star of the show. His latest performance gave his St. Louis Blues teammates plenty of comfort knowing he had their back.

"When your goalie is your best player, it gives you a great chance of winning, and that was the case," captain David Backes said after the Blues opened their first Western Conference final in 15 years with a tense 2-1 victory over the San Jose Sharks on Sunday night.

"It was that way for the first two rounds," Backes added, "and nothing's changed in Game 1 of the third round."

Backes opened the scoring and Jori Lehtera had the go-ahead goal in the second period on a spinning shot that Martin Jones could not handle.

"I just got the puck and closed my eyes and shot it, that's about it," Lehtera said. "Just keep it simple."

Said Jones: "Not much to it, just found a hole. I'll make that save next time."

Tomas Hertl scored on a first-period deflection for the Sharks, who outshot St. Louis 32-23 but couldn't quite solve Elliott.

Among those he frustrated was captain Joe Pavelski, who had seven shots and had perhaps the best chance in the third period on a one-timer near the midway mark. Pavelski and Elliott were roommates at Wisconsin.

"I'm going to blame that one on the stick," Pavelski said. "No, I have to find a way to put that in regardless of what goes on. I thought it was going in."

Blues coach Ken Hitchcock thought his team was fortunate to survive the last 2:29 after the Sharks pulled Jones.

"I thought we did a great job. We kept it in the zone," Hitchcock said sarcastically. "Are you kidding me? We couldn't get it out."

The Sharks were the best road team in the NHL in the regular season at 28-10-3, but have dropped four in a row on the road in these playoffs, including all three in the second round against Nashville. They had seven goals in three road losses to the Predators and were 0 for 5 on the power play, which had been a major plus. San Jose had been converting on 33 percent of its power plays in the postseason.

"They were hot in the last series," Blues defenseman Alex Pietrangelo said. "We stepped up to the challenge.'"

The Blues made good on their first chance with home-ice advantage in the playoffs, although they're just 4-4 at the Scottrade Center heading into Game 2 on Tuesday night.

Elliott was at his best -- and got some luck -- in the second period when the Blues were outshot 16-5, but got the lone goal when Lehtera scored unassisted. The goalie benefited from a quick whistle with 1:14 left when he unsuccessfully tried to smother the puck on a long dump-in by Melker Karlsson, and it slowly slid between his pads and off his stick into the net, just after play had been ruled dead.

"The puck was spinning a lot and it probably just spun out," Elliott said. "I haven't really seen it yet, so I don't know."

Backes opened the scoring with a deflection and is tied with sharpshooter Vladimir Tarasenko for the team lead with seven goals in the playoffs, mostly because he's fearless in front of the net waiting to pounce on rebounds. The team captain had 21 goals in the regular season.

Defenseman Kevin Shattenkirk started the play from the point and thought this goal was particularly impressive because it had been deflected before it got to Backes.

"One thing I never have to worry about is him being in front of the net when I shoot it," Shattenkirk said. "There's where he's so valuable."

Lehtera's second goal of the playoffs came off an errant clearing attempt by Brent Burns for a 2-1 lead. He powered through on his shot after Chris Tierney got a piece of the stick.

Just 34 seconds elapsed between the opening goal by Backes and Hertl's answering goal on which he redirected a shot by Pavelski with the puck bouncing past Elliott.

The Blues had just enough despite a third disallowed goal in the playoffs. Patrik Berglund's deflection was waved off because of incidental contact with Jones, a call confirmed after video review.

NOTES: The Sharks totaled nine goals in Game 1 the first two rounds and were 2-0. The Blues had two, one in each game, and were 1-1. ... Burns earned his 16th point of the postseason, second most on the team, on the Sharks' first goal. ... There were no surprises in the scratches. ... Lehtera's other goal this playoffs came in Game 7 of the first round against the Blackhawks. ... The Sharks are 0-5 in series after winning the previous series in seven games.