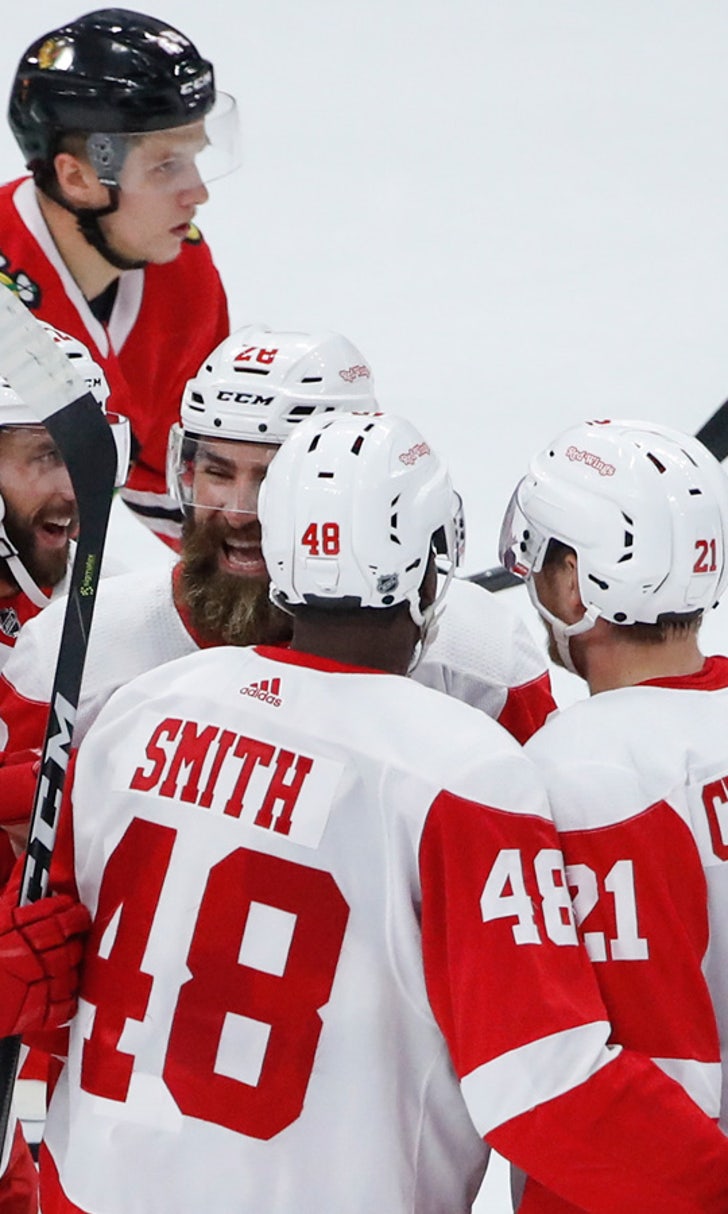 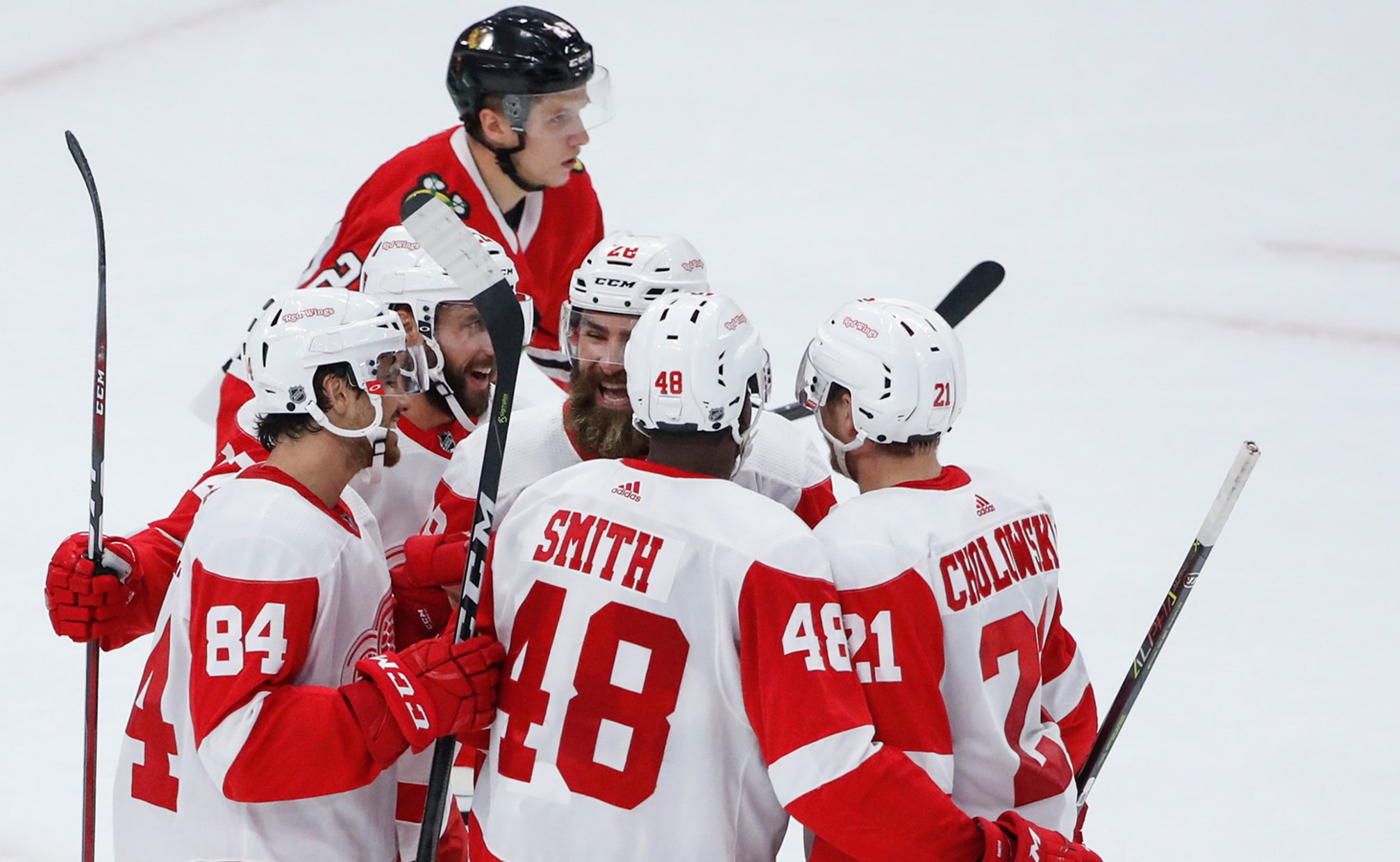 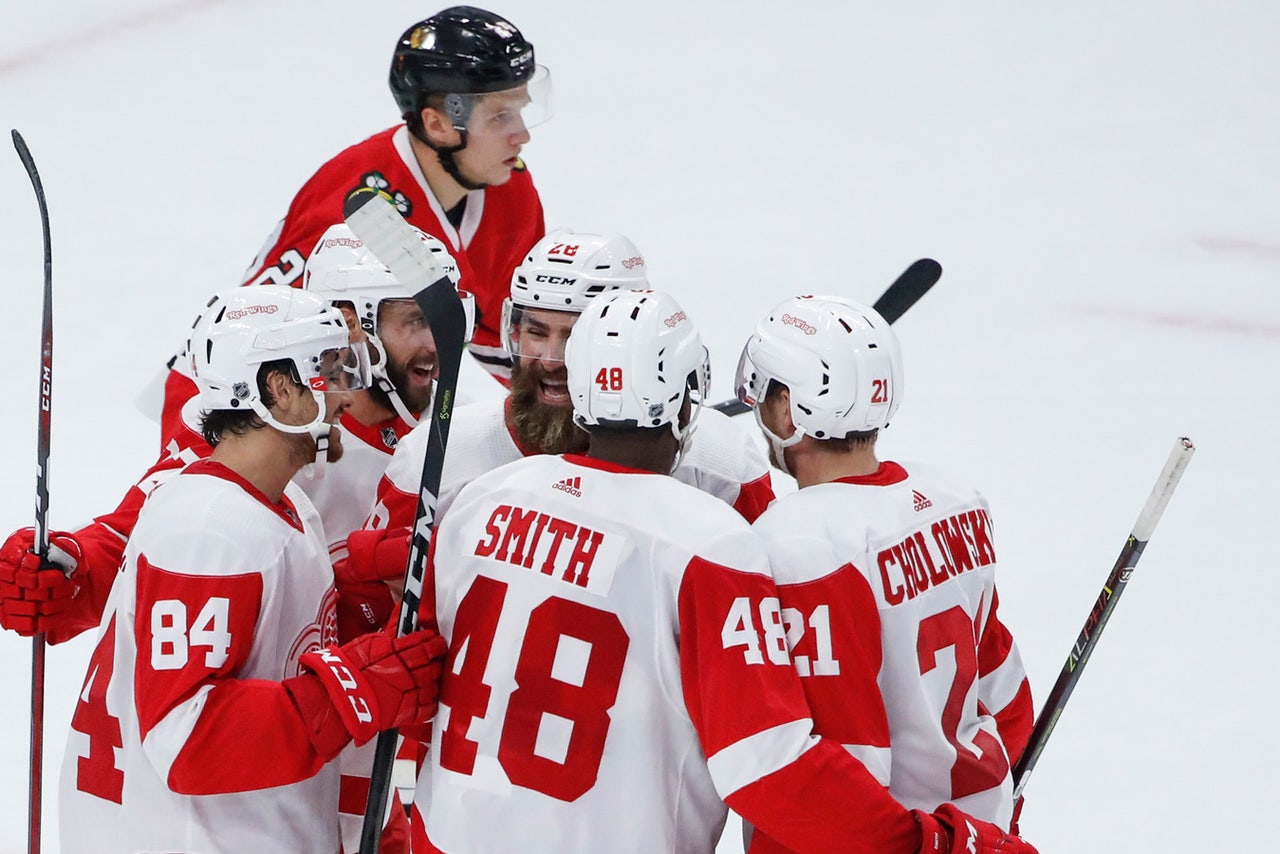 In Chicago, Andreas Athanasiou had two goals and two assists as the Red Wings outlasted the Blackhawks 8-6 and improved to 5-0 in the preseason.

Athanasiou's four points led the Red Wings, and 10 players earned at least a point. Thomas Vanek finished with two goals and an assist, and Anthony Mantha chipped in with a goal and two assists. Darren Helm and Dylan Larkin each had a goal and an assist. Luke Witkowski also scored for Detroit.

Duncan Keith, Jonathan Toews and Patrick Kane had three points each for Chicago, and 11 Blackhawks had at least a point.

Cam Ward started for the Blackhawks, and allowed six goals on 17 shots in two periods. Ward was replaced by Anton Forsberg, who allowed two goals on eight shots in the third.