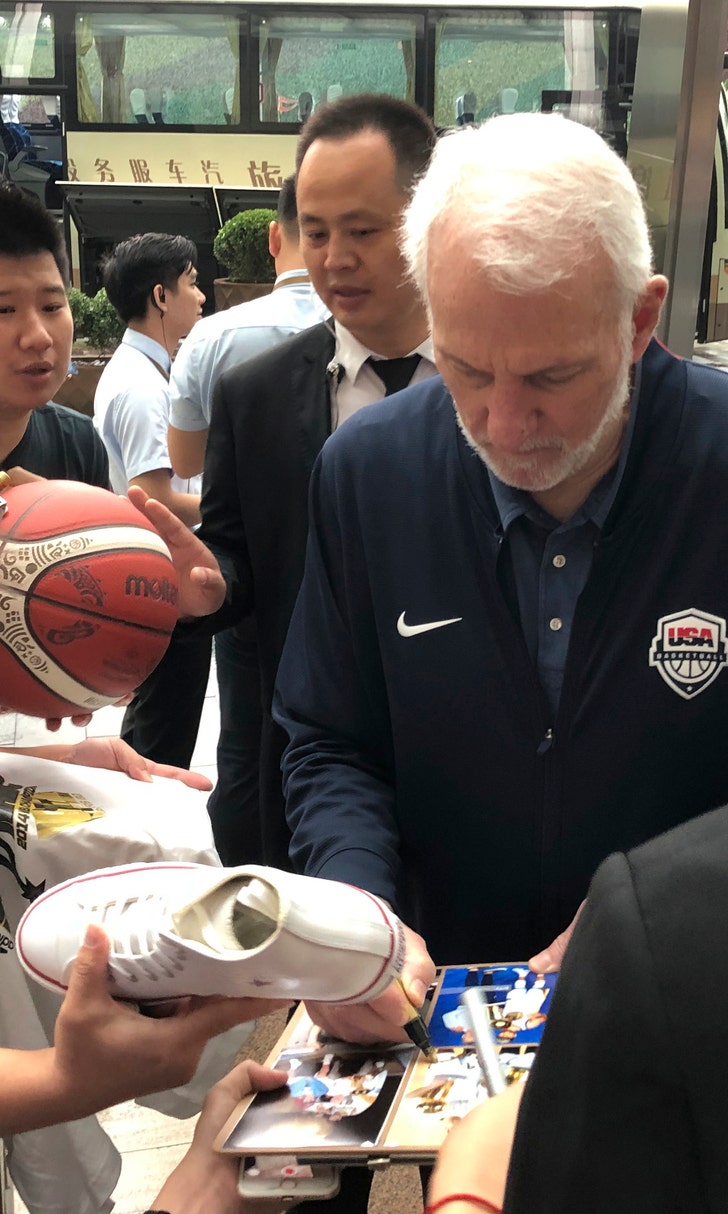 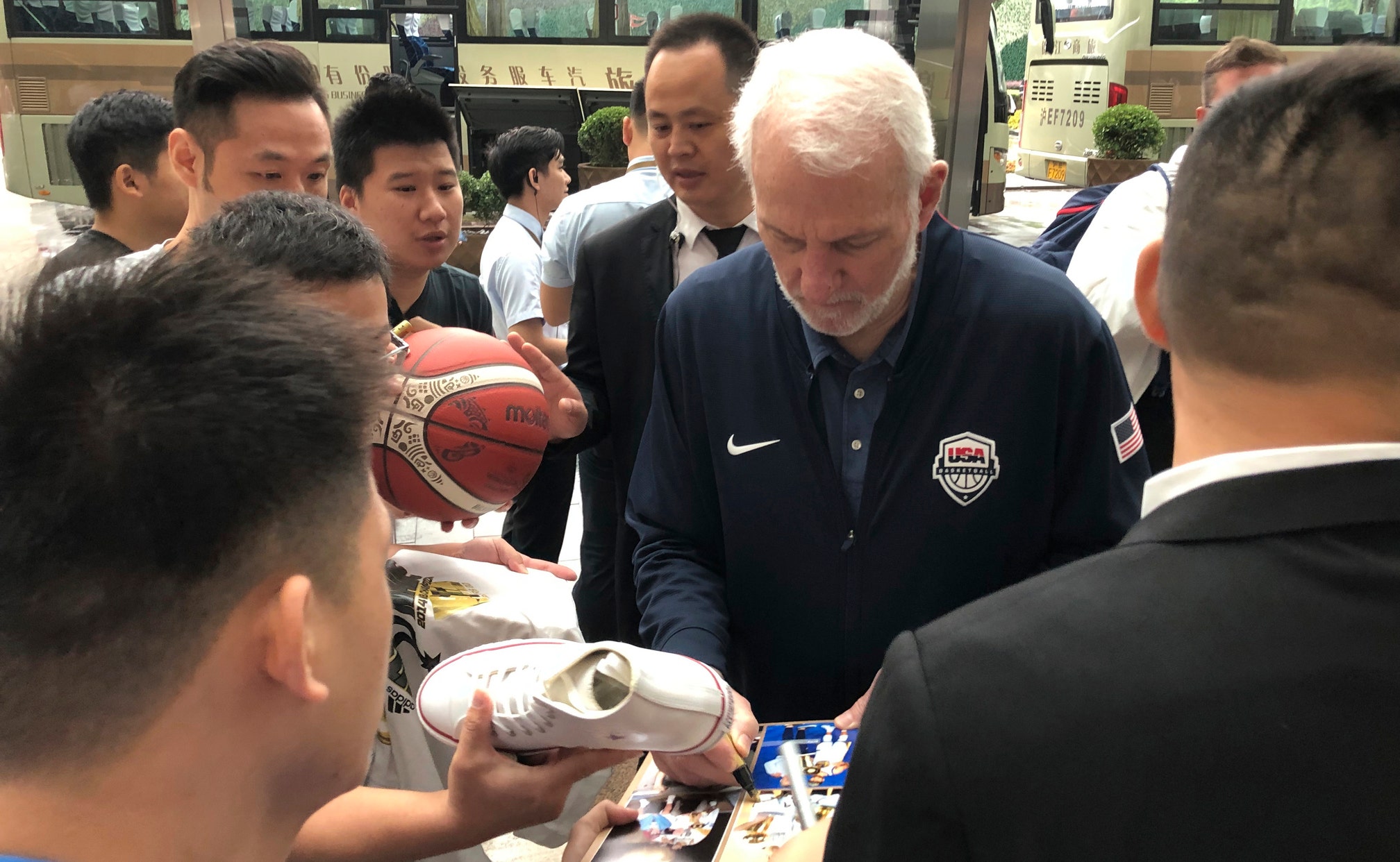 At last: The US arrives in China for the World Cup

SHANGHAI (AP) — After a month of practice and years of planning, the U.S. men's basketball team has arrived at the World Cup.

An all-night flight from Sydney to Shanghai that landed early Thursday brought the two-time defending World Cup champion Americans to China's most-populous city, where they'll play three first round games starting Sunday. It took more than 10 hours of flying time, then another two-plus hours for the team to clear customs and finally reach its hotel.

From there, a few hours of relaxing awaited before an afternoon practice.

A handful of fans waited outside the team hotel on a rainy morning, getting there a couple hours before the buses from the airport pulled in just with the hope of grabbing a few autographs. Some players obliged, as did Popovich — who used a gold marker to carefully sign his name on an array of photos, sneakers and basketballs.

Players said finally getting to China brought a different feel.

"It's kicked in," U.S. guard Kemba Walker of the Boston Celtics said after practice. "The next game we play, it's the real thing. We're focused, we're locked in and we're ready to play."

It's not like there hasn't been challenges already. Just consider the travel itineraries for the U.S. to this point.

The flights from Los Angeles to Melbourne, then Melbourne to Sydney and now Sydney to Shanghai add up to nearly 30 hours and 14,000 miles in the air. If the U.S. makes the medal round, there'll be about another 2,500 miles of travel within China. Add the return flight to the U.S. after the tournament, and the trip's total will easily exceed 22,000 miles — more than half a regular season's worth of travel for most NBA teams.

All that flying comes in the span of basically a month.

And that doesn't even count what it took for players to individually reach Las Vegas and Los Angeles, the site of the two training camp weeks, or the promotional trip to China that Donovan Mitchell made earlier this summer.

"I think we're good," said Mitchell, the Utah Jazz standout who has seen quite a following in China on his past trips to the basketball-crazed nation. "I think we're doing well. We got here and guys' energy in practice was great, guys were sharp. When you start to worry about how much we've been traveling, that's when it starts to become a mental thing."

The Americans went 3-1 on their pre-World Cup tour, beating Spain in Anaheim, California, then splitting two games against Australia in Melbourne — the loss snapping a 78-game winning streak for the senior national team against major competition, dating back to 2006 — before topping Canada in the final tune-up.

Up next on Sunday is the Czech Republic, an opponent that caught Popovich's eye for the way it battled Lithuania in a pre-World Cup friendly.

Popovich noted that there hadn't been much time for sightseeing on the opening day in Shanghai, and it wouldn't seem that it'll be a priority over the next week either. There's more practices set for Friday and Saturday, then games starting every other day beginning with the matchup against the Czechs.

"We have a great team of guys, very unselfish group," Bucks center Brook Lopez said before the team left Australia. "We all have the same goal in mind. A lot of young guys, so we have a lot of guys who are learning on the fly. We don't have a problem being a team. Our guys have come together really quick."

And now, with the trip to the other side of the world finally complete, the games now count.

"That's the way it is," Popovich said.

Milwaukee Bucks
share story
those were the latest stories
Want to see more?
View All Stories
Fox Sports™ and © 2020 Fox Media LLC and Fox Sports Interactive Media, LLC. All rights reserved. Use of this website (including any and all parts and components) constitutes your acceptance of these Terms of Use and Updated Privacy Policy. Advertising Choices. Do Not Sell my Personal Info