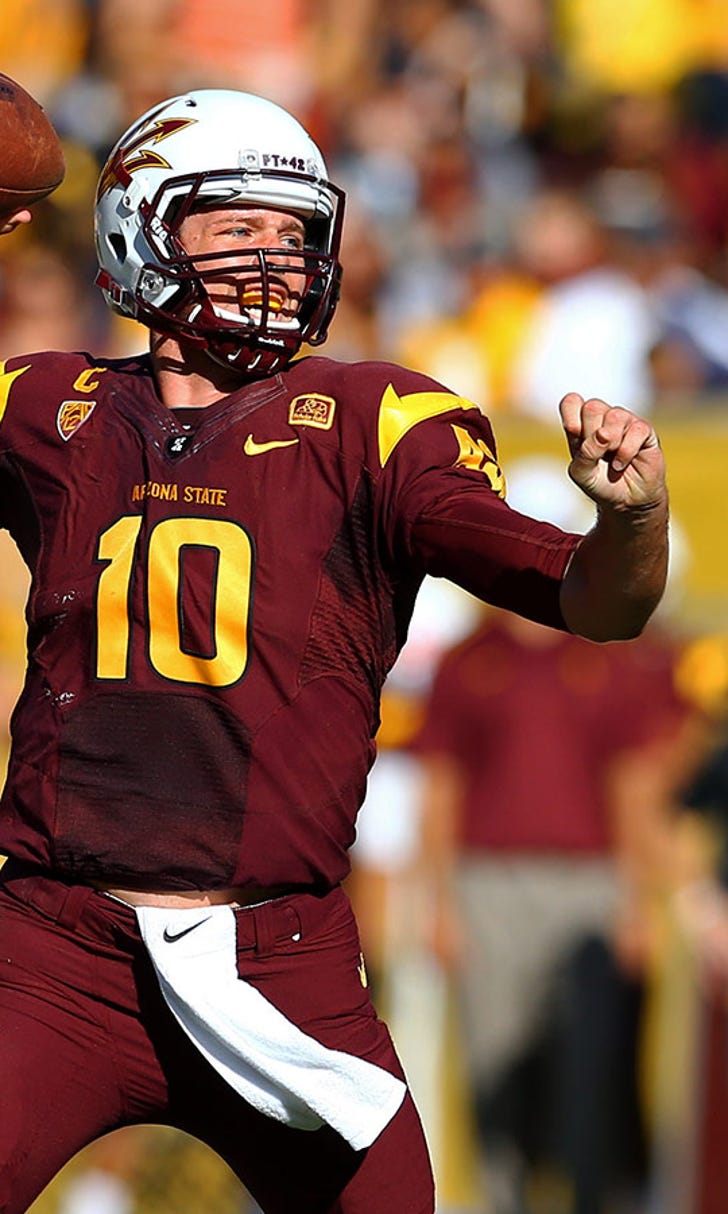 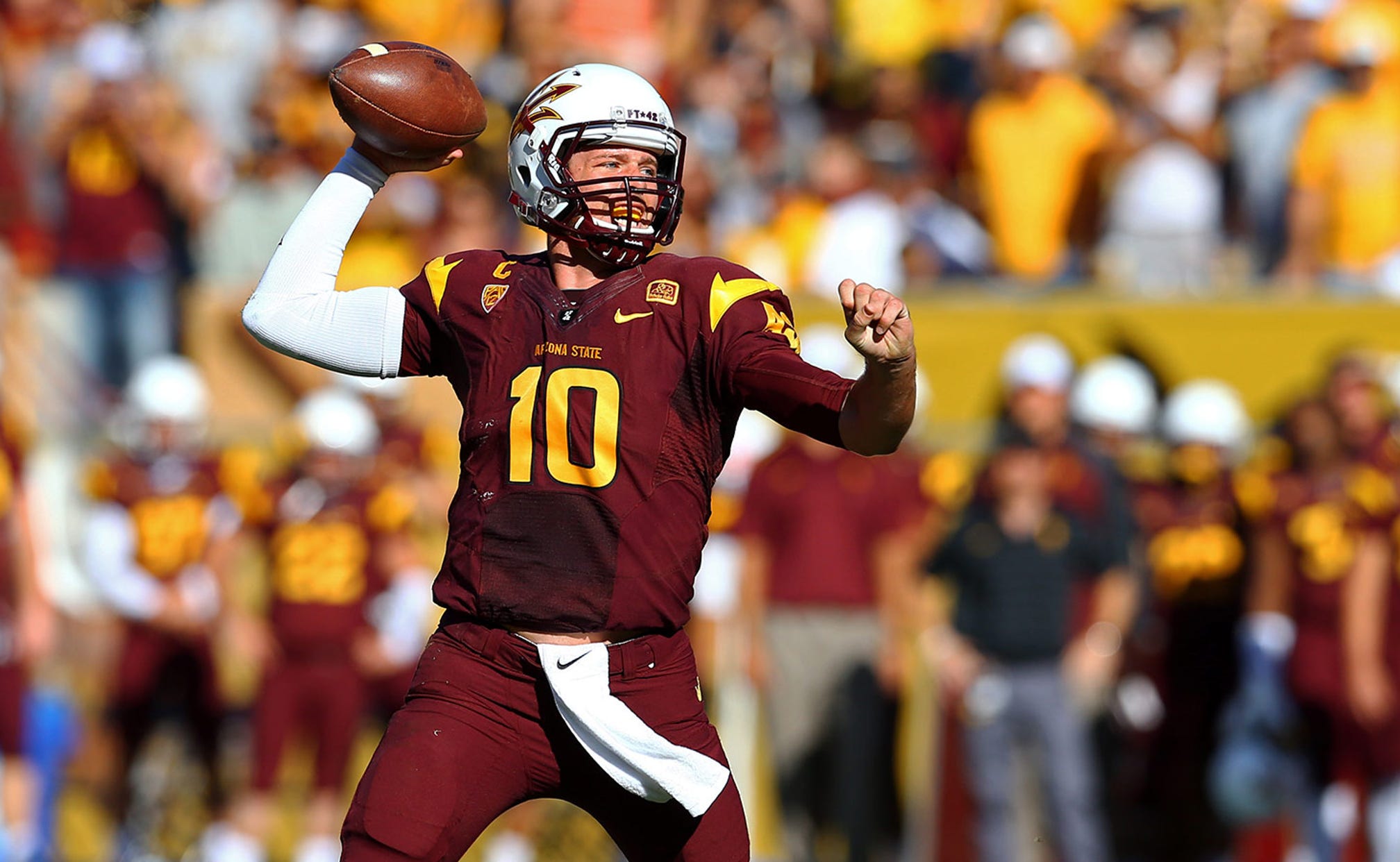 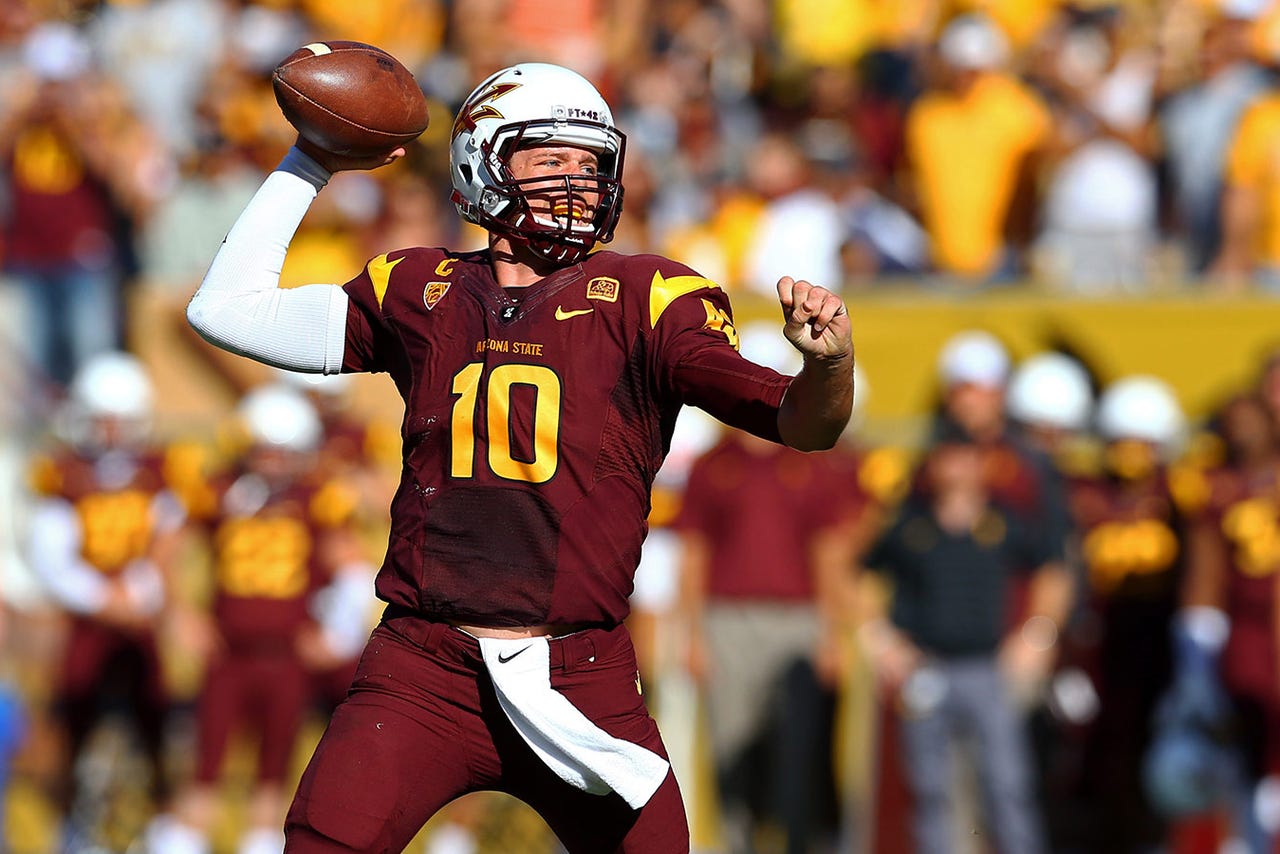 TEMPE, Ariz. -- The Arizona State athletic department hired two big-name NFL businessmen to grow the Sun Devil brand, and on Tuesday the duo made a significant move they think will do just that.

The most forward-facing part of the deal with adidas, of course, includes athletic apparel.

All of ASU's teams will be outfitted by adidas, and the contract ensures additional varsity teams added to the athletic department, such as hockey, will be covered. Even the Sun Devil marching band and the spirit squad will be included in the contract.

The brand change won't lead to a complete overhaul of the current uniforms, even though the swoosh will be replaced by adidas' three stripes.

"We will do it deliberately, very appropriately, hopefully very artistically," Anderson said. "It will be a combination of (adidas') input and ours. At the end of the day, we are the customer, they are our uniforms. This is our tradition. That will be something that's done very carefully, very strategically, but there won't be anything drastic."

Among the other benefits on the school's end: The ability to request specialized jerseys for special occasions such as Breast Cancer Awareness month and military appreciation night, Anderson said. The contract will allow for adidas to take over the "anxiety" of outfitting the hundreds of ASU athletics rather than the school having to worry about it financially and logistically, as adidas Group North America president Mark King put it.

Adidas will add ASU to its list of licensed schools that includes Cincinnati, Indiana, Kansas, Louisville, Mississippi State, North Carolina State, Michigan, Wisconsin, Nebraska, Texas A&M and UCLA. ASU's deal is the second-largest in the Pac-12 among public universities, behind UCLA's $7.5 million deal, according to a database at the Portland Business Journal.

That means ASU will nearly double its current Nike deal, which pays out $2.11 million this year.

"It was timing," Anderson said, explaining the switch. "Greg and I were very fortunate to come in at a time when the original deal was expiring. It gave us an opportunity to say, 'well, do you automatically look at it and renew it? Or do you take an opportunity to really see what others feel about you?

Doorbell rings, A package, @adidasFballUS with a sweet pair of personalized #snakeskin cleats, makes me want to play! pic.twitter.com/l7e3ECRGi2

"Very frankly, it gave us an opportunity to reset and look at the market across the board, to be able to sit and articulate with each of the competitors what our vision was."

Because of adidas' smaller portfolio of schools, Arizona State feels like it's a priority under the new deal rather than falling under the vast Nike umbrella. The Sun Devils join UCLA as the only adidas schools on the West Coast, which was an important point to adidas.

"We don't want to just hang our banner here," King said. "We want to experiment.