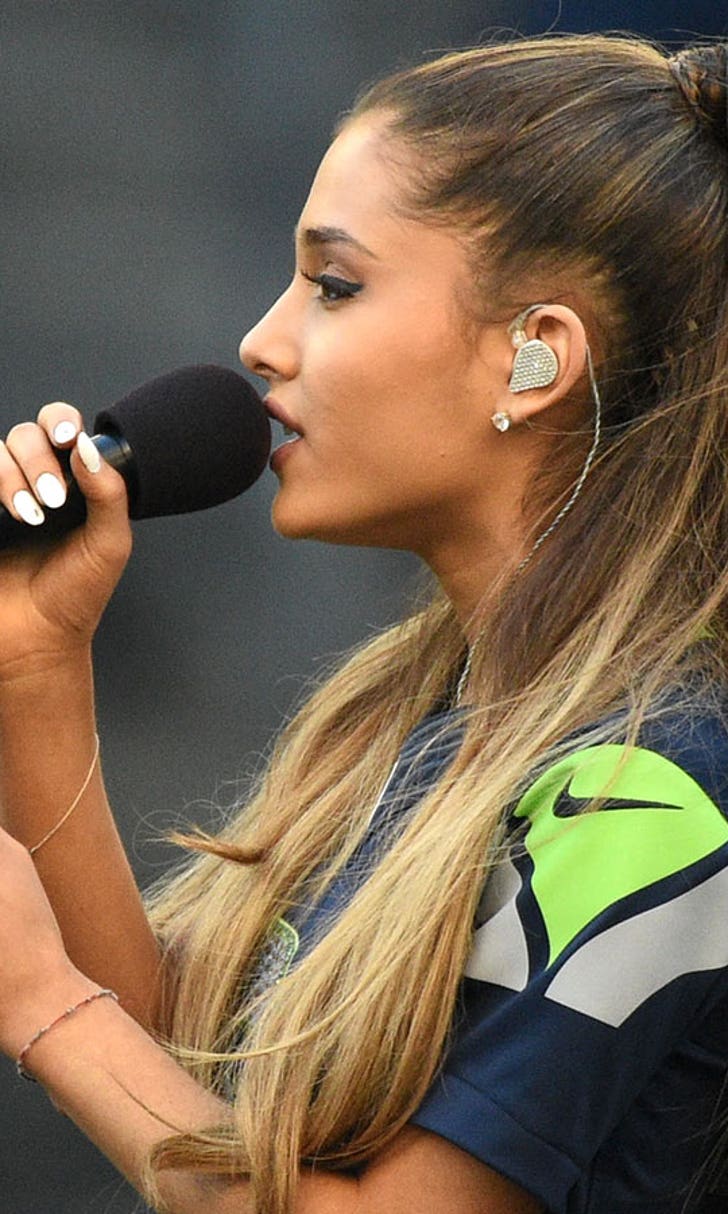 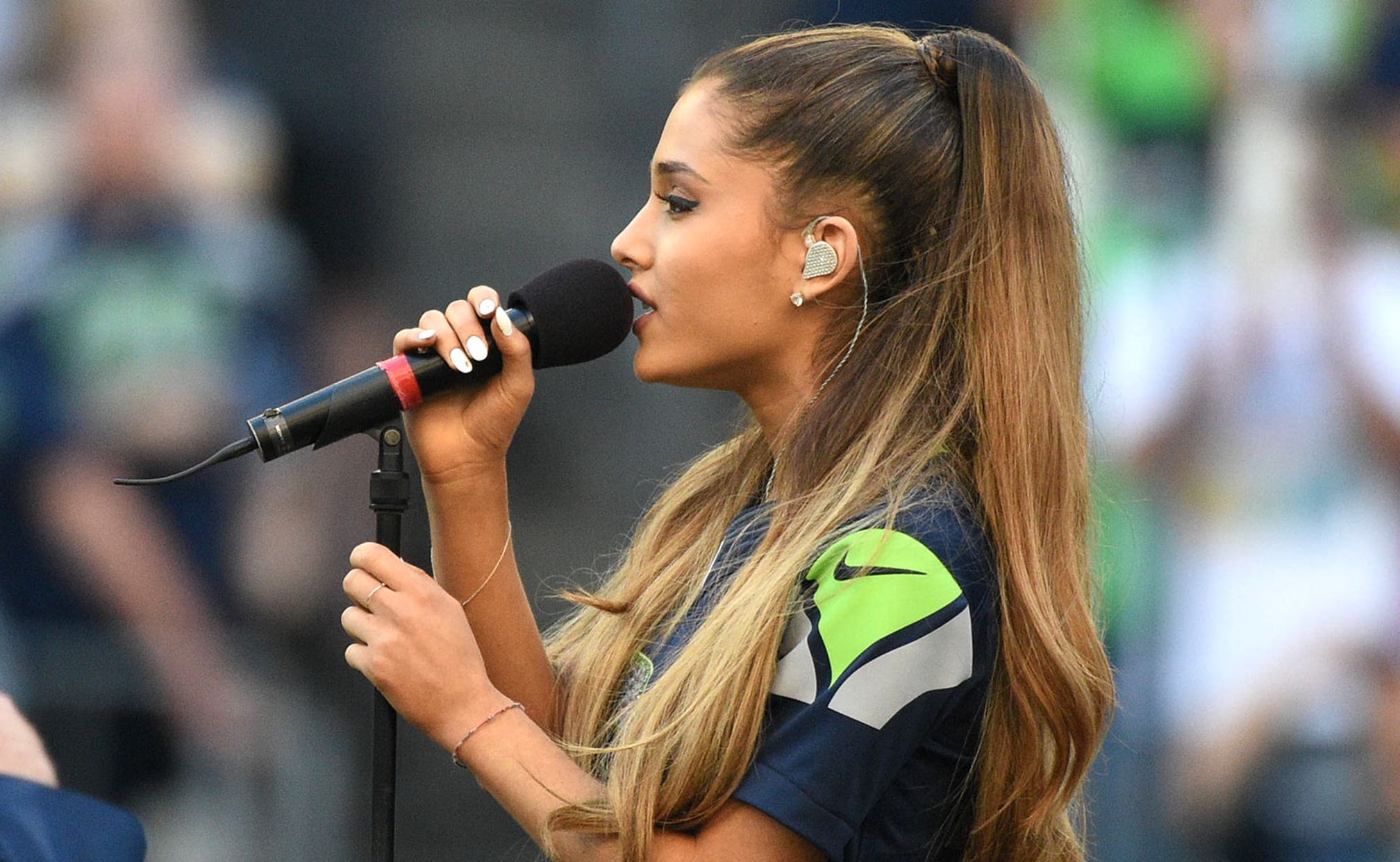 Ariana Grande calls out Seahawks for botching words to anthem 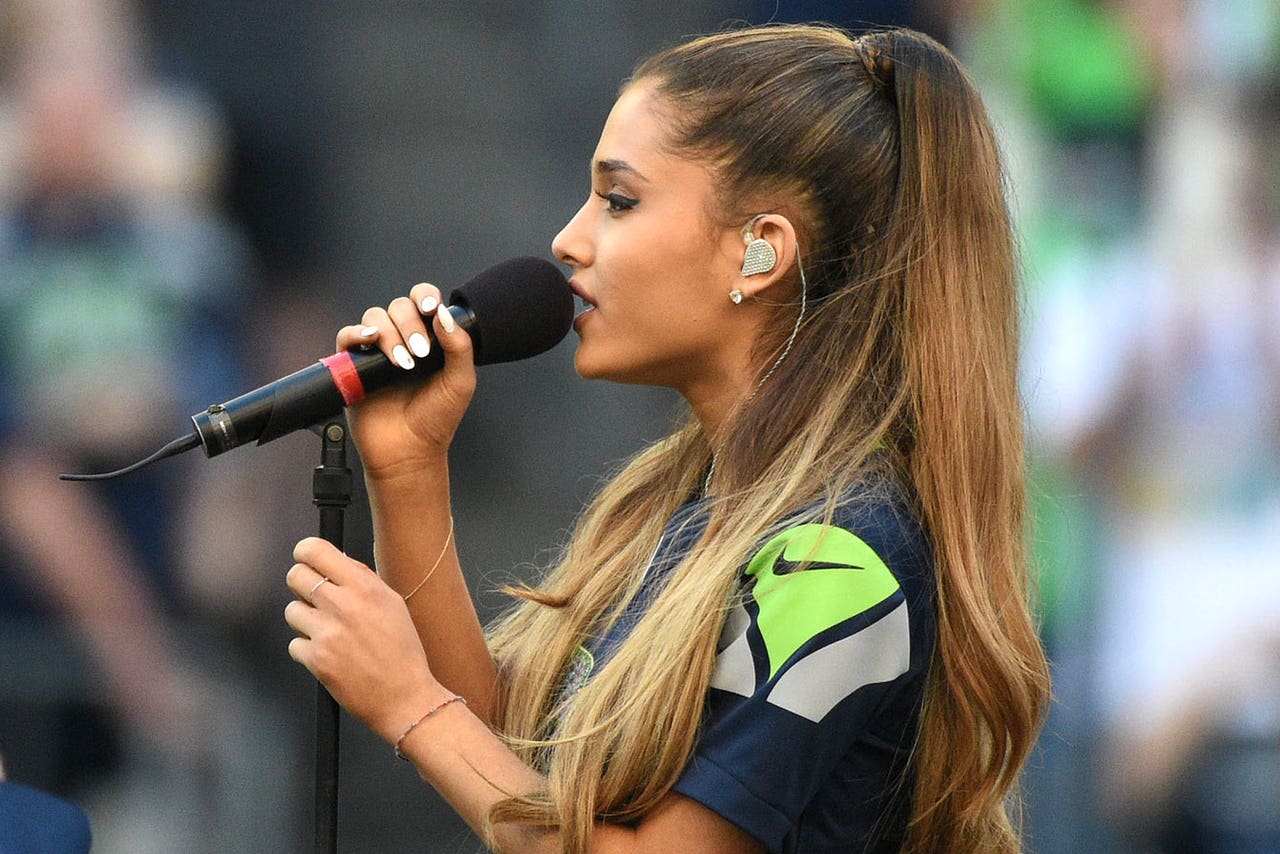 Ariana Grande sang the national anthem before the NFL season opener in Seattle, then gave the Super Bowl champion Seahawks a free lesson in the lyrics.

After Grande's performance, the Seahawks sent this since-deleted tweet: "The home of the free. And the land of the brave. You tell 'em @ArianaGrande! #Kickoff2014"

good luck & thank u for having me!!! “@Seahawks: The home of the free. And the land of the brave. you tell'em @ArianaGrande #Kickoff2014”

... then a few minutes later added:

@Seahawks p.s. u got those lyrics backwards...... but still love u

The Seahawks took it good-naturedly:

@ArianaGrande Your rendition got the best of us. At least the improtant one of us got it right. #Kickoff2014FauxPas

Grande didn't bother replying that they misspelled "important." She's got one less problem without 'em.

Check out her (lyrically correct) performance of the anthem in the video below: