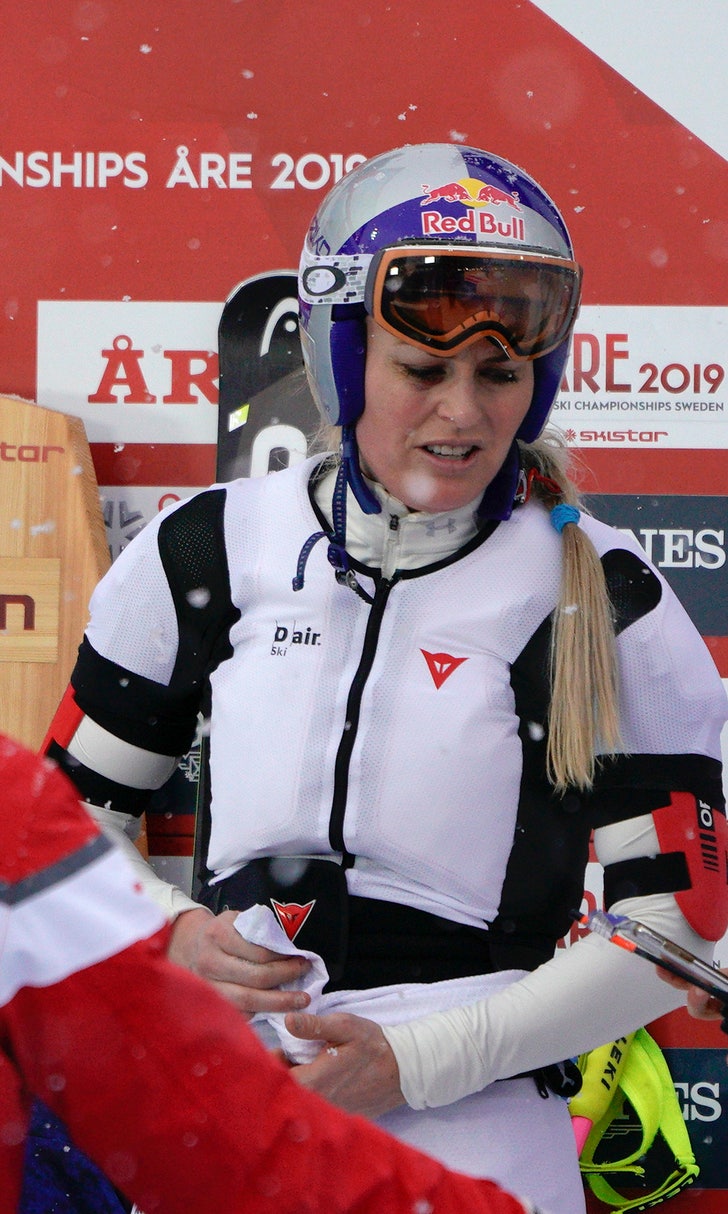 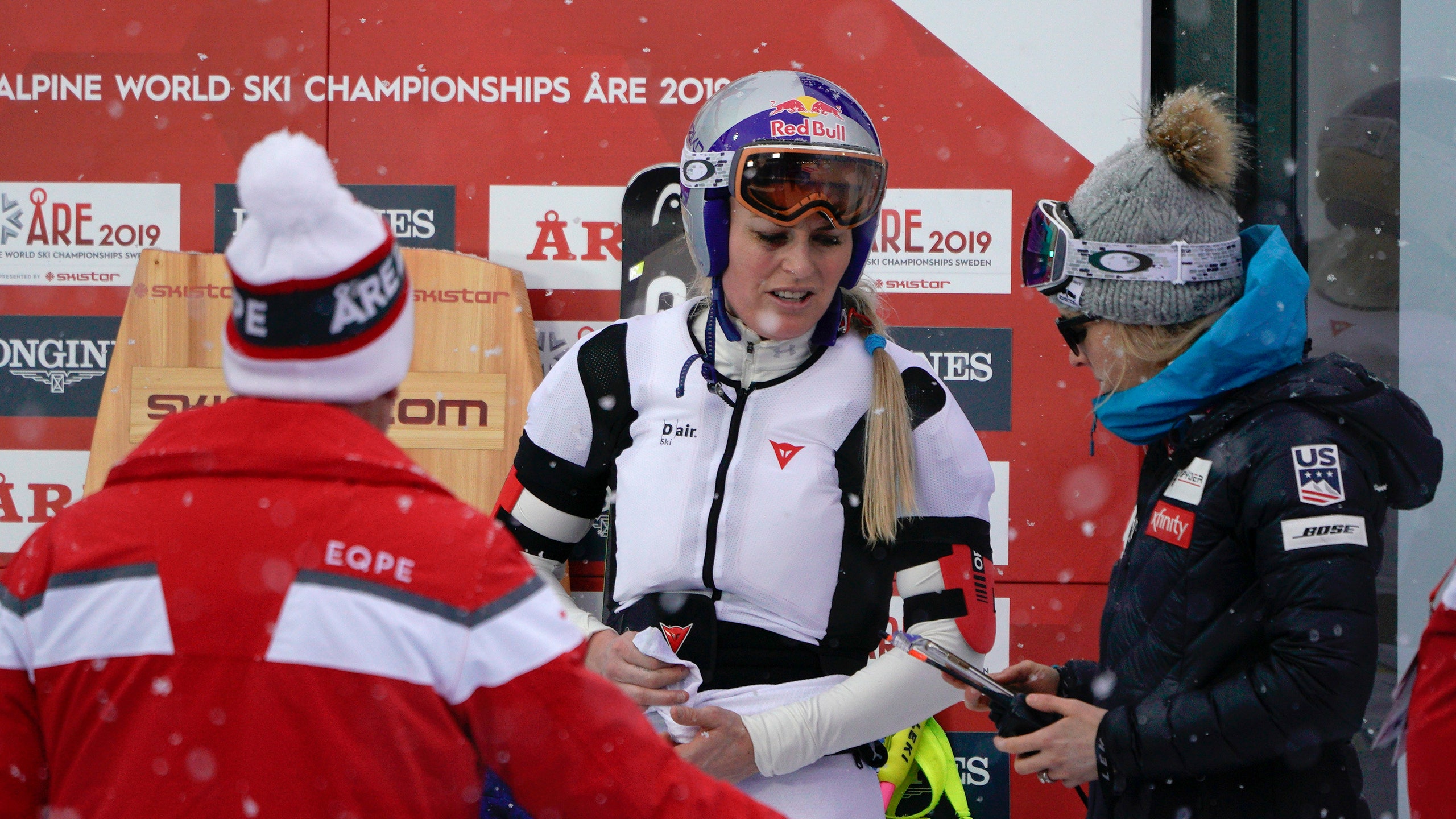 ARE, Sweden (AP) — Lindsey Vonn has been getting plenty of use out of an air bag safety device she wears under her racing suit.

Developed by Italian manufacturer Dainese, the D-air Ski system fits into a vest around Vonn's upper body and is programmed to inflate during crashes.

"I won my first race wearing it in Val d'Isere last (season) so I like it and it's gone off quite a few times when I've crashed," Vonn said recently. "As much as I can do to protect my body it's good. I wear two knee braces and an air bag and maybe I should just ski in bubble wrap."

Vonn, who is retiring on Sunday after the downhill at the world championships, is the most successful ski racer of all time with 82 World Cup wins. Her career has also been marked by high-speed crashes, the latest in Tuesday's super-G , which left her with a black eye and bruised rib.

"I've got a mouth guard. I've got a helmet. Air bag, back protector, knee braces," Vonn said. "I think that's as much as really you can have, besides arm braces at this point."

A 4.5-centimeter long (1.8-inch) gas generator inflates the air bag, and the entire system adds about 800 grams (less than two pounds) of weight to skiers. A complicated algorithm was developed to determine "the point of no return" for the system to engage once skiers lose complete control.

The system was first developed for motorcycle racing and is mandatory in MotoGP.

About one third of the top 30 ranked skiers use the air bag, on the men's and the women's circuits.

Not all World Cup skiers are fans of the system.

Aksel Lund Svindal, the Norwegian great who retired after winning the silver medal in downhill on Saturday, was involved in the initial testing with Dainese but has since changed sponsors.

When the air bag inflates it protects mostly the back, upper chest and neck areas. Svindal said skiers need more protection on their knees, which is where they get injured most frequently.

"I know that Dainese has ambitions to make something that makes a lot more sense for downhill skiing than what they have now," Svindal said. "I don't think it helps enough the way it is now, and how expensive it will be for junior racers if this is something everyone needs to use."

American downhiller Laurenne Ross also crashed in the super-G and will likely be out for the rest of the season due to a concussion and left knee injury .

"I just feel it's one more thing that I know is on my body that allows me to send it a little bit harder and trust that I'm going to be OK if something does happen," Ross said before her latest crash. "It makes you feel like the Michelin Man. It just feels like extra padding."