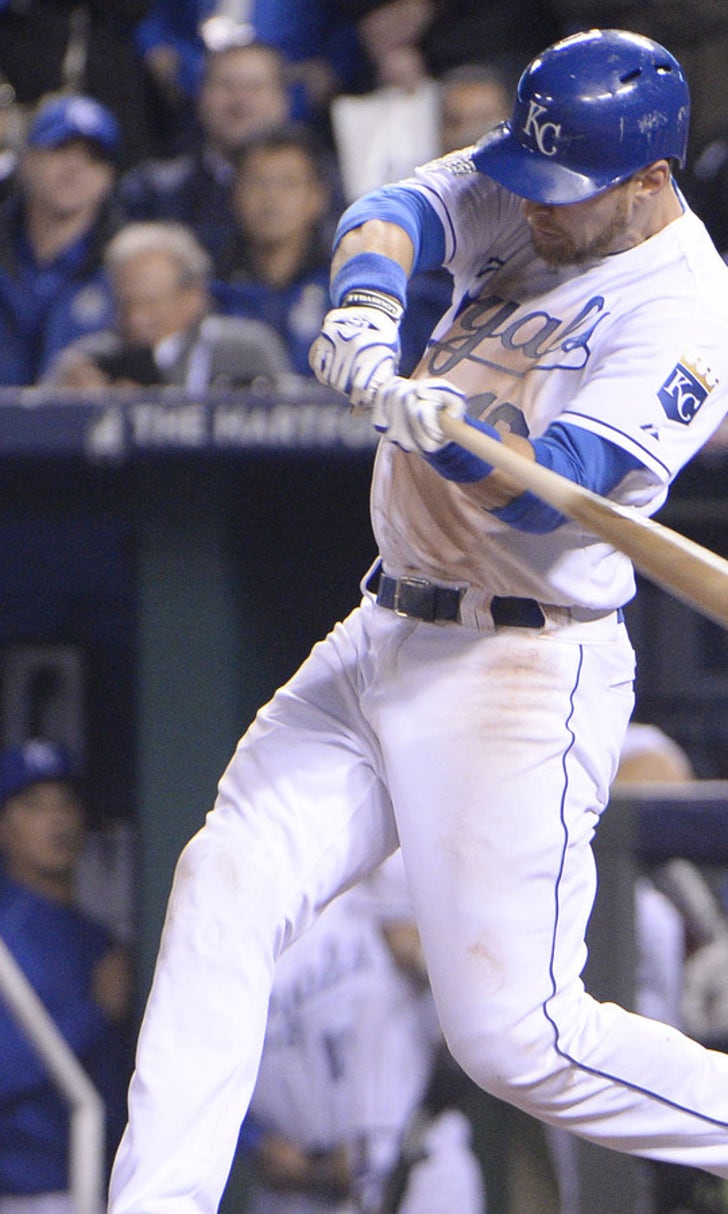 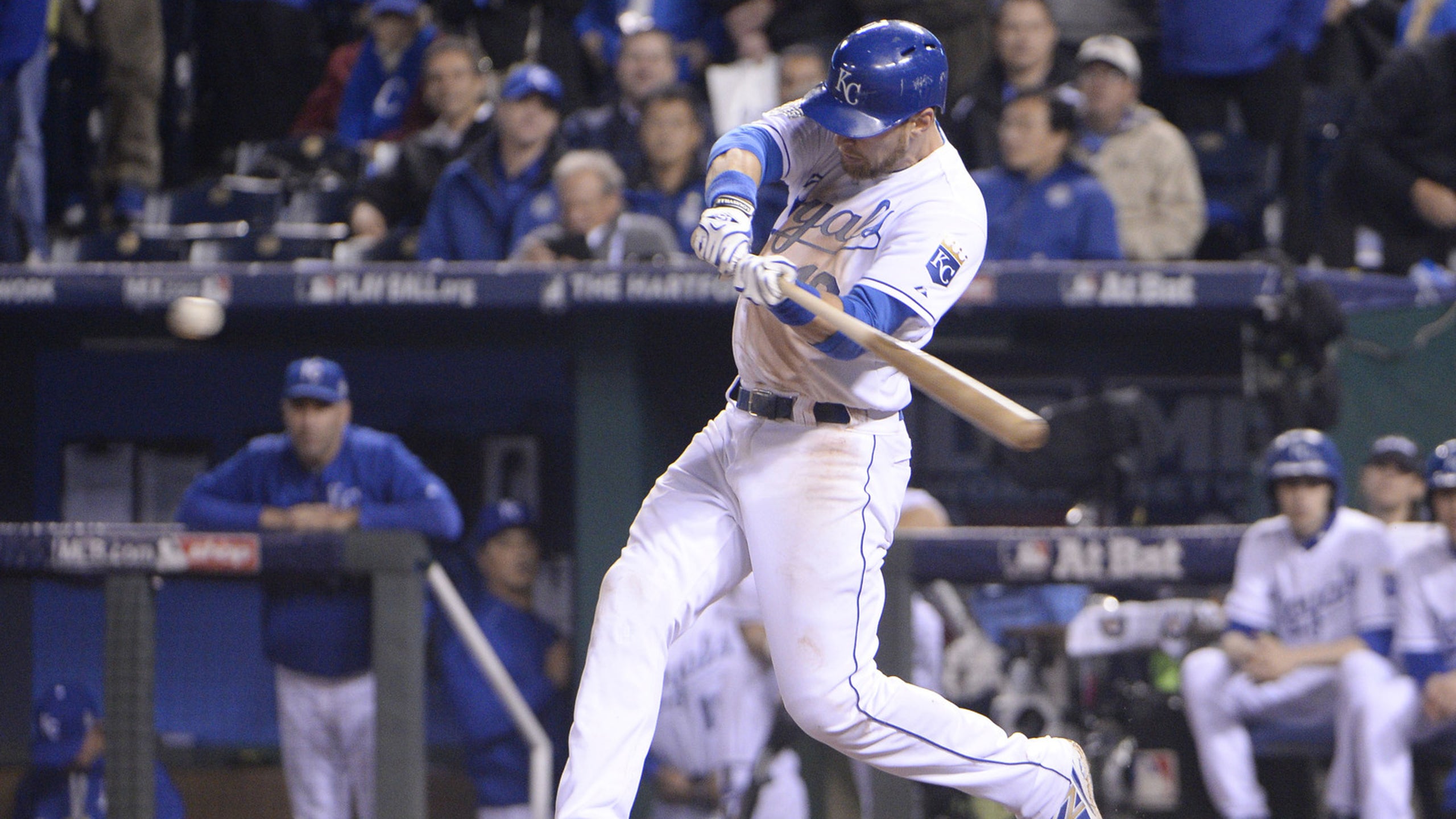 Ahead in count, Mets pitchers couldn't put Royals away

There were two big storylines leading up to the World Series: the unrivaled ability of the Kansas City Royals to make contact on offense, and the ability of the Mets’ young power arms. The main battle of the Fall Classic, it seemed, would be between those two opposing forces, and whichever won out over the other very well might meaningfully shift the Series. Looking back on the five games of the Royals' 2015 championship, something is apparent in the outcome of that much-storied battle: Mets pitchers struggled mightily to put Royals hitters away when they had two-strike counts.

The 2015 Royals didn’t strike out a lot, featuring the lowest strikeout rate in the majors during the regular season by a wide margin (15.9 percent; the next-closest team were the Oakland A’s, at 18.1 percent).The Royals' two-strike success in the World Series was just a continuation of that regular-season ability. While the Royals deserve a lot of credit for the quality of their at-bats (the ability to foul balls off contributed to their success), Mets pitchers also showed a detrimental tendency when the count was in their favor — they threw too many pitches in the strike zone.

Not only did the Royals make contact more than almost any other team in the major leagues — their 81.8 percent contact rate was second only to the A’s at 81.9 percent — but they swung at more pitches out of the strike zone than any other team. That’s the main reason they saw the lowest rate of pitches in the zone during 2015. The thought process is simple: If a team shows that it will chase pitches, why bother throwing them strikes?

Here's a quick summary of their major-league ranks for overall contact, swings at pitches outside of the strike zone (O-Swing percent), and pitches in the strike zone (Zone percent) for 2015:

This is who the 2015 Royals were: the free-swinging, contact-oriented team we’ve read about for the past month. Imagining yourself as an opposing pitcher, it might make sense to approach them with some of those traits in mind: perhaps you would throw more pitches out of the zone, get them to chase as much as possible, and hope that the majority of contact they generated would be weak because of the lack of quality pitches to hit.

However, Mets pitchers had a difficult time executing that game plan effectively during the World Series. A few heat maps from Baseball Savant gives an idea of some of the issues they faced putting Royals hitters away. Just focusing on counts in which the pitcher was ahead with two strikes (0-2 and 1-2 counts), here's where Mets pitchers attacked their opponents during the NLDS & NLCS vs. the World Series:

There are obviously a different number of pitches between the two images, but the NLDS and NLCS image has far more pitches out of the zone, especially low and away to right-handed hitters. This makes sense: in 0-2 and 1-2 counts, a pitcher wants to throw pitches out of the zone. They want to get hitters to chase, and they can waste pitches trying to do that because the count is in their favor. The World Series image, however, has a lot of red (meaning a higher frequency of pitches in that location) on pitches up and over the heart of the plate. This, theoretically, is not want a pitcher wants to be doing in 0-2 and 1-2 counts.

Heat maps aren't the most precise method of measurement, however, so let's bring in a table with the numbers pulled from the regular season, NLDS/NLCS, and World Series to explain the data behind the heat maps. Take a look at the rate of pitches in the zone on 0-2 and 1-2 counts for Mets pitchers during both the regular season and playoffs, compared to league average:

In the regular season, the Mets threw pitches in the zone during strikeout counts at an above-league average rate: this is likely because most Mets starters have overpowering fastballs and above-average secondary pitches. They can get away with pitching in the zone during these counts more than other teams can because of the quality of their stuff. In the NLDS and NLCS, they showed about an average rate of pitches in zone during these counts -- nothing to really see there.

In the World Series, however, against a team that showed one of the highest contact rates in baseball -- as well as one of the highest tendencies to swing at pitches out of the strike zone -- Mets pitchers threw almost 40 percent of pitches in 0-2 and 1-2 counts in the zone. Before the brilliant Matt Harvey start in which Harvey got many strikeouts on pitches out of the zone, that figure was 40.3 percent. That is more than 10 percent than the 2015 league average.

There are a few issues that present themselves when looking at this number. There's the obvious matchup problem: throwing potential strikeout pitches in the strike zone to a contact-hitting team known to chase pitches seems like a poor approach. That's easy to see, and leads straight to a question: Was this an intentional strategy, and what part did the Royals play in this trend by fouling pitches off?

Identifying intent on the Mets' part is not the easiest thing to do. In Game 1 in the bottom of the sixth inning. Harvey was on the mound, the Mets were up 3-1, but the Royals were threatening with men on first and third and no outs. With Eric Hosmer down 0-2 in the count, this was the perfect time for a strikeout. Take a look at where the pitch was supposed to end up (pay attention to Travis d'Arnaud's glove), and where it was at the point of contact.

This was supposed to be a slider buried down and in, which is where Hosmer is most vulnerable to the strikeout. Instead, the pitch didn't really break (not too surprising given that Harvey had his career-worst stuff), and it ended up middle-middle. Hosmer flew out to center for a sac fly, and the Royals tied the game later that inning.

In Game 2, which was a very tight contest until the fifth inning, the Mets were up 1-0, and the Royals had two men on against Jacob deGrom with no outs. Alcides Escobar tried to bunt twice, failed both times, then hit a single into center field on an 0-2 count to drive in a run. This was the second-most important plate appearance of the game according to how much win expectancy shifted from one team to the other.

Again, here is where the pitch was supposed to be, and where it ended up when Escobar made contact.

DeGrom tried to go down and away with a slider, but he hung it just above the belt over the heart of the plate. With the single, the Royals' win expectancy for the game jumped 13 percent to 68 percent, and they tacked on three more runs in the inning and never looked back.

These are just a couple examples, but the heat maps and data table show that the Mets were over the plate in strikeout counts at a rate far above average. In the examples above, they hung pitches in crucial situations of the game. Both were certainly unintentional. Was the Mets' greatly-increased propensity to pitch over the plate in strikeout counts deliberate? It's hard to say for sure, but given the matchup and the examples, that answer would seem to be no.

The final piece of this issue is the credit the Royals deserve for keeping plate appearances alive long enough to take advantage of mistake pitches. In many instances, Royals hitters fouled off tough pitch after tough pitch, forcing the Mets to keep making perfect pitches or come into the zone. Perhaps the most interesting finding in all of this? The fact that the Royals were actually better at fouling off pitches and putting balls in play during the World Series than during the rest of the playoffs or the regular season:

The Royals were, in fact, more Royalsy during the World Series: they fouled off pitches and put balls into play in strikeout counts at a higher rate than both league average and at different points in the season/playoffs. Why would that be? That's something that's almost impossible to quantify. Perhaps the Mets pitchers didn't have their best stuff; perhaps the Royals were having a particularly good week at the plate; perhaps the Royals really, really wanted to win the World Series after losing last year.

Sure, the examples show that the Mets didn't hit their spots with pitch location. That only tells part of the story, though. It leaves out the perfect pitches the Royals fouled off time and again, patiently waiting to punish the mistake pitch. And, when it finally came, they didn't miss it.