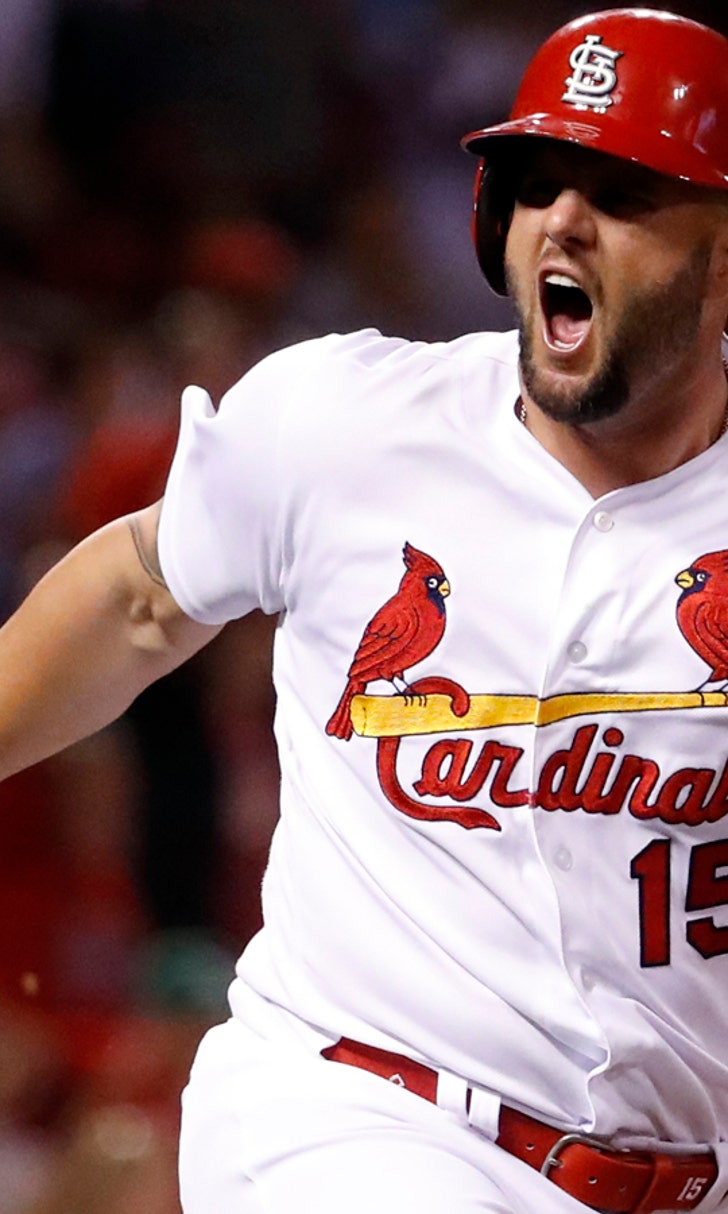 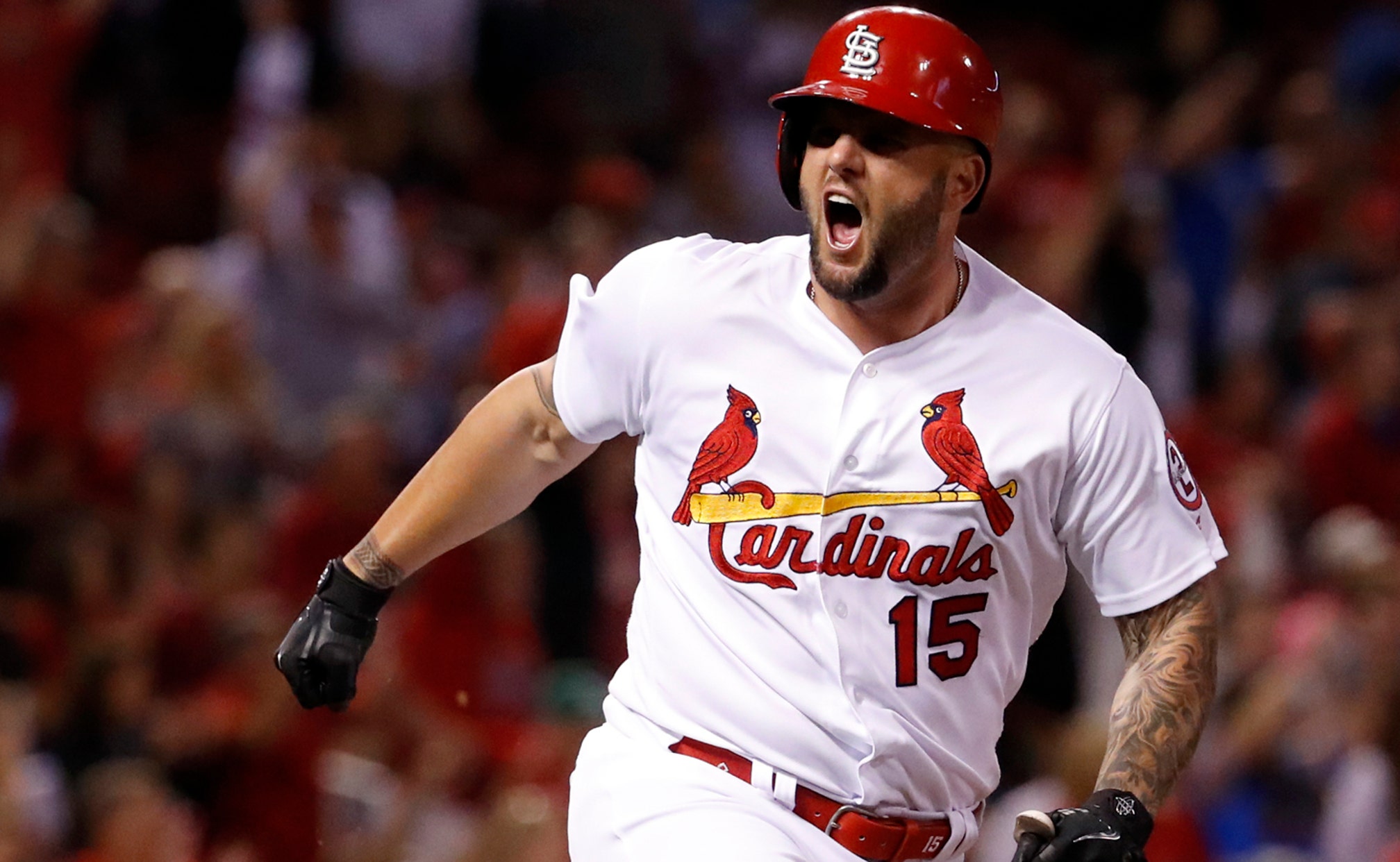 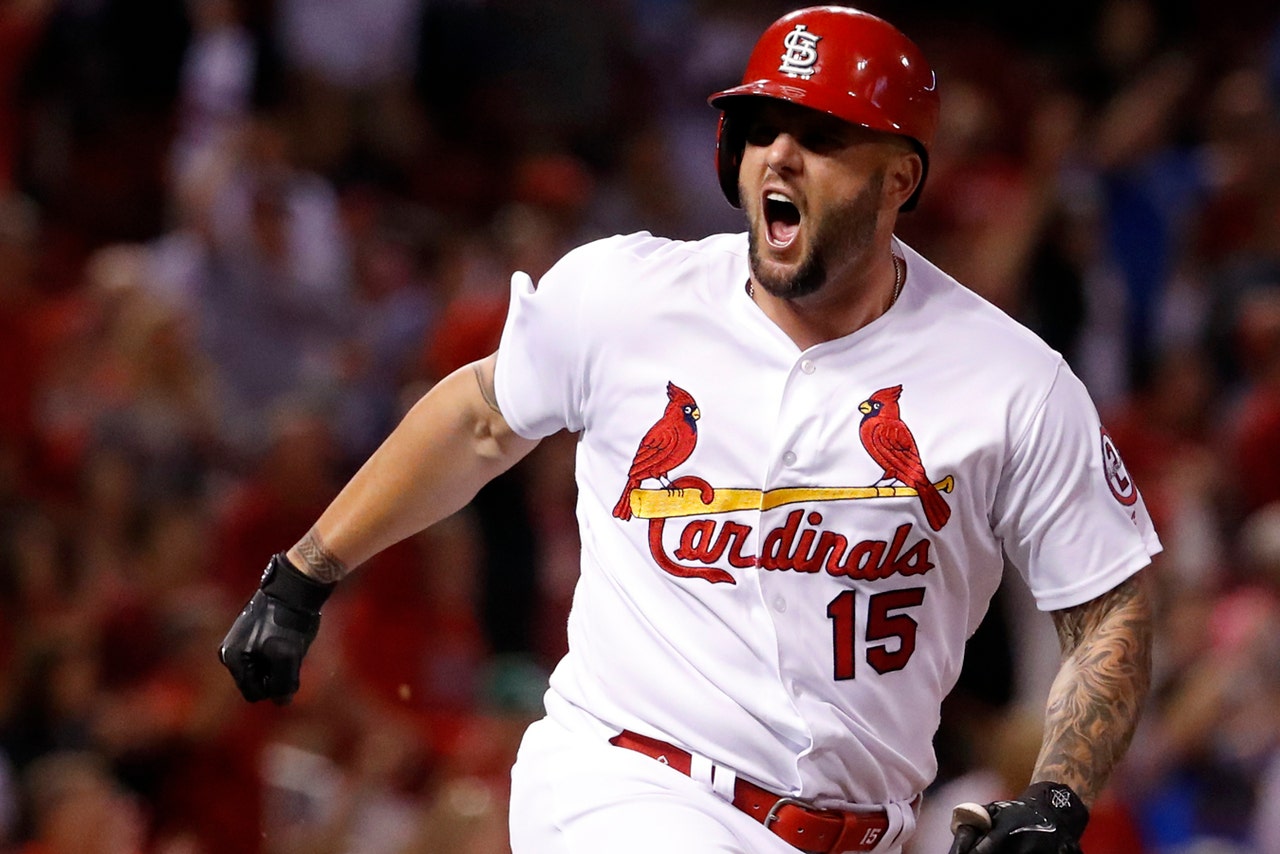 Matt Adams' two-run double in the eighth inning lifted the Cardinals to a 5-3 victory over the Giants on Friday night.

He showed why Friday night.

Adams sliced a broken-bat, two-run double down the third-base line, lifting St. Louis to a 5-3 victory over the San Francisco Giants.

Harrison Bader sparked the winning rally with a two-out walk against Mark Melancon (0-2). Yairo Munoz then singled before Melancon was replaced by left-hander Tony Watson.

Shildt thought that would be the case.

"I told him regardless, 'They bring (Watson) in, it's your at-bat,'" Shildt said. "I like 'Big City' there. He's taken big at-bats against lefties, he knows what this stage looks like."

Watson said he felt like he threw the pitch where he wanted it to be.

"I'd throw the same pitch again," he said. "He didn't get much on it but he got enough to get the job done."

John Brebbia (3-3) struck out the side in the eighth for the win and Carlos Martinez picked up his fourth save in four chances.

St. Louis moved within 4 1/2 games of the NL Central-leading Chicago Cubs, who lost 10-4 to the White Sox. The Cardinals also stayed 1 1/2 games ahead of Colorado for the second NL wild card.

Shildt said his focus is for his team to compete each day.

"It doesn't do us any service to try and look ahead and make anything bigger than it is," Shildt said. "It's really about the opportunity tomorrow to compete and play good winning baseball."

Longoria had three hits for San Francisco, which has dropped 14 of 18. Madison Bumgarner allowed three runs and eight hits in six innings.

St. Louis jumped in front on Marcell Ozuna's two-out RBI single in the first, ending a scoreless string of 14 2/3 innings by Bumgarner at Busch Stadium dating to 2014.

"Ball down the third-base line killed us," Bochy said. "Watson makes a good pitch, breaks a bat and (Adams) just hit it down the line."

John Gant lasted just 2 2/3 innings for St. Louis in his shortest outing of the season. He allowed one run and four hits.

The Giants tied it at 3 with two runs in the seventh against Jordan Hicks. Gregor Blanco singled in Austin Slater. With one out and runners on first and third, Longoria drove in Alen Hanson with a grounder to first.

Adams on the key to being effective off the bench: "Just being ready from the get-go. Walking up to the plate expecting to get the job done and just being aggressive and being ready to hit."

It was Martinez's 27th birthday. He has been a starter for most of his career, so it was the first time he had recorded a save on his birthday.

Giants: INF Brandon Belt had surgery in San Francisco to clean up his torn meniscus and cartilage damage in his right knee. Bochy said Belt is expected to be ready for spring training. Belt hit .253 with 14 homers and 46 RBIs this season.

Cardinals: INF Kolten Wong left after seven innings due to cramping. He was replaced by Munoz. ... RHP Giovanny Gallegos was recalled from Triple-A Memphis. The 27-year-old Gallegos was acquired along with LHP Chasen Shreve in a July 29 trade with the New York Yankees for INF Luke Voit.

Giants RHP Dereck Rodriguez (6-4, 2.30 ERA) faces Cardinals RHP Adam Wainwright (2-3, 3.72 ERA) on Saturday afternoon. Wainwright is 6-7 in his career against San Francisco. Rodriguez is facing the Cardinals for the second time after recording a no-decision in a 3-2 Giants win on July 6.