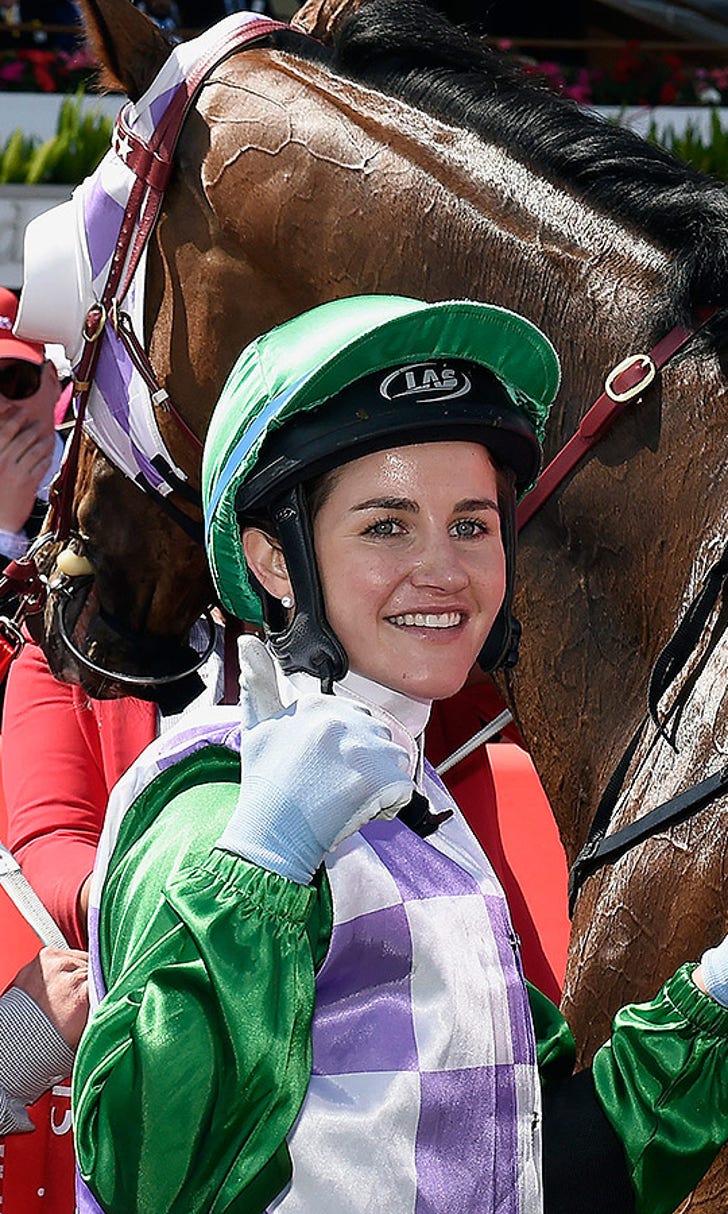 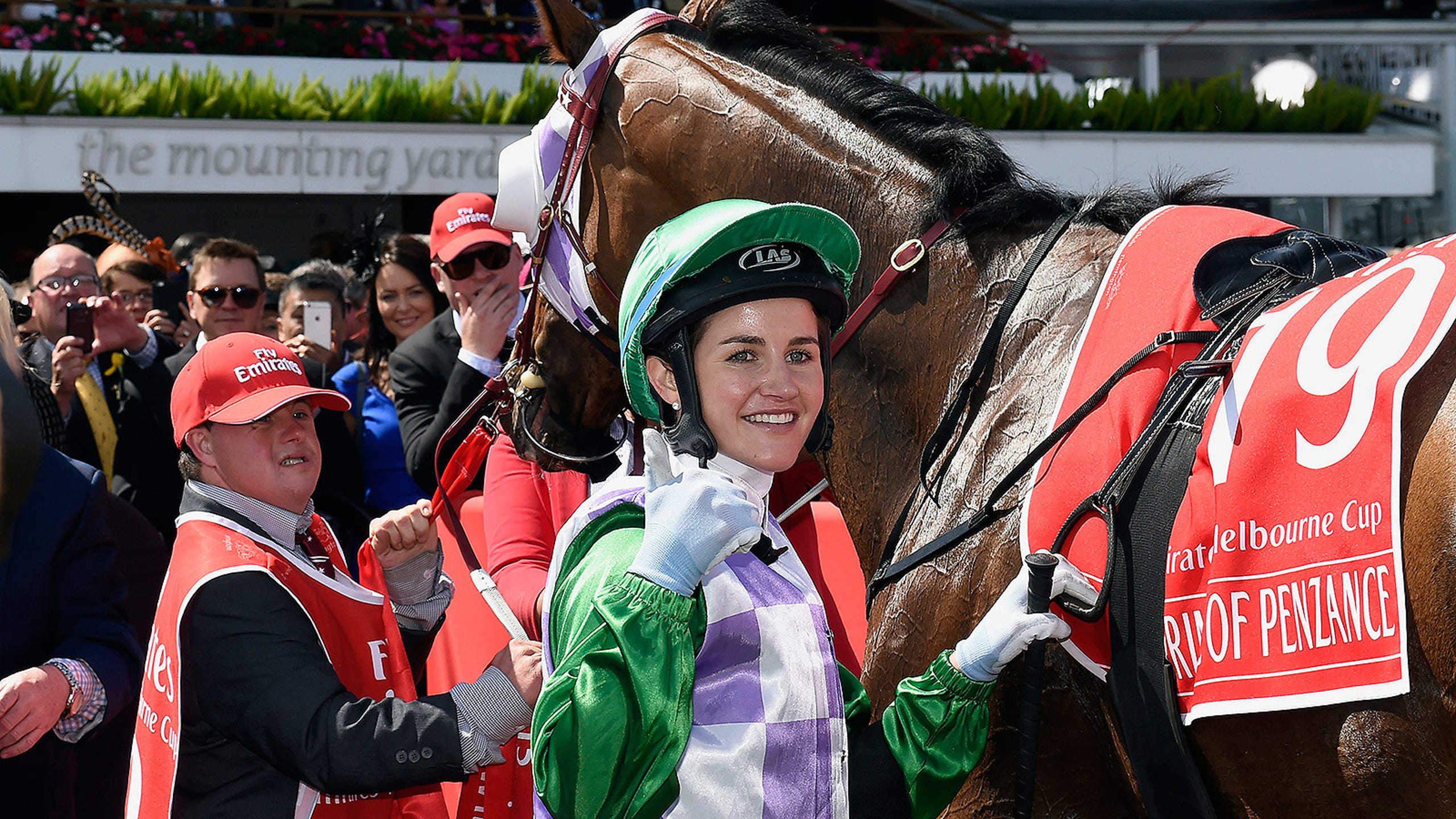 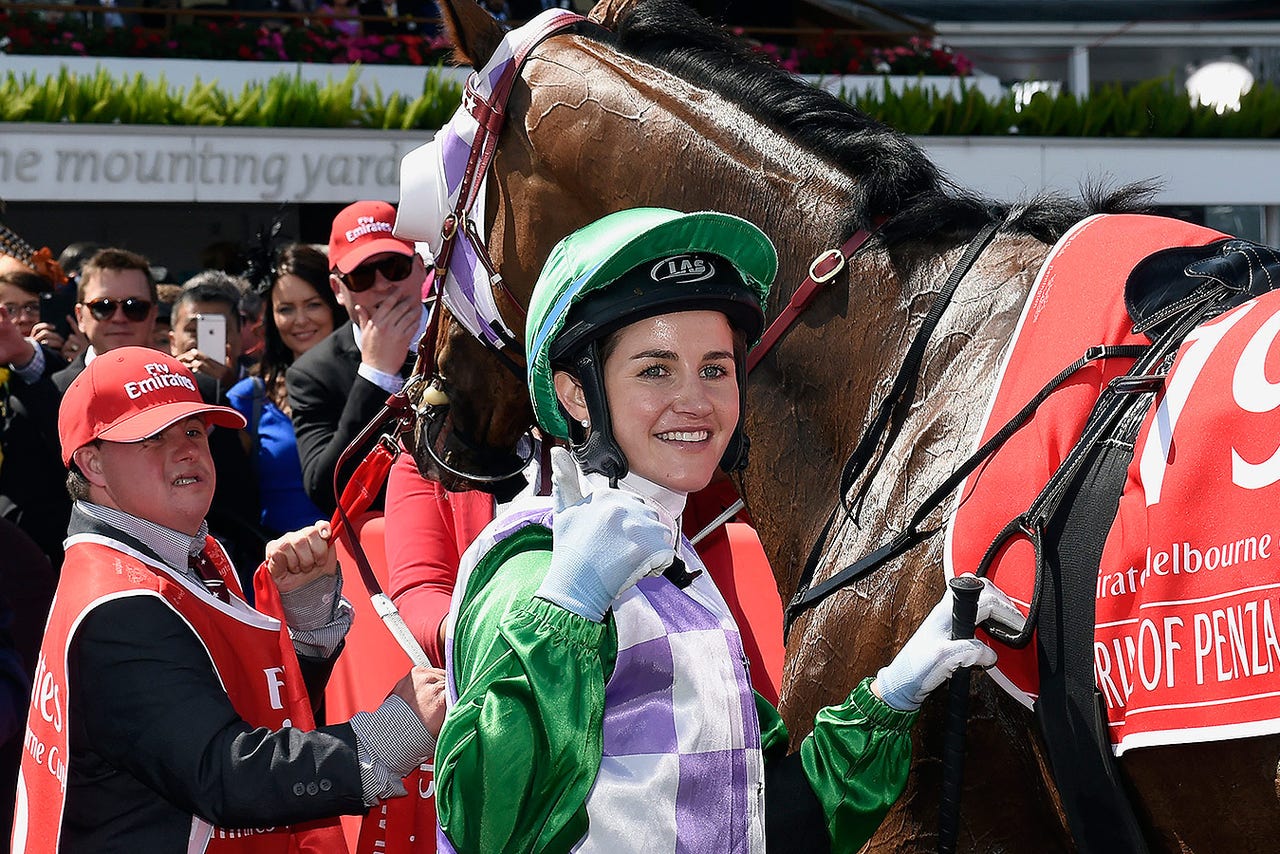 Michelle Payne became the first female jockey to win the Melbourne Cup on Tuesday when she rode the 100-1 outsider Prince of Penzance to victory in Australia's richest horse race.

Payne pushed the six-year-old Prince of Penzance through a narrow gap in the straight and surged ahead of the Irish stayer Max Dynamite, ridden by Frankie Dettori, and New Zealand-owned Criterion, ridden by Michael Walker, for the victory.

Australian bookmakers Ladbrokes paid a winning dividend of AU$101 ($72) on Prince of Penzance, who is owned by six self-described "small-fry owners": a podiatrist, two engineers, an IT consultant, a solutions expert and a producer. The owners paid AU$5,000 ($3,500) each to buy the horse.

Payne has ridden the horse throughout its career and said she always considered it a potential Melbourne Cup winner.

"This is unbelievable," Payne said in a television interview immediately after the race. "I laid in bed last night and I gave myself time to think and dream about it.

"This horse is awesome, what he's been through. Darren Weir is an unbelievable trainer to get him here like this today."

Prince of Penzance has battled sickness and injury throughout its career, but still managed to accumulate AU$600,000 ($428,000) in prize money to qualify for a start at the AU$6.2 million ($4.4 million) Melbourne Cup.

If it hadn't been for Payne -- the only female rider in the race and only the fifth in history to gain a Cup ride -- the horse would barely have been mentioned in pre-race commentary. The Japanese-trained stayer Fame Game started as favorite, but fell far behind in the 24-strong field and was unable to finish among the placings.

"When I won on this horse as a three-year-old, he won here and I thought this is a Melbourne Cup horse," Payne said. "He just felt he would run the two miles out that strong but, far out, I didn't think he would be that strong.

"He just burst to the front and I've never yelled so loud at a horse in all my life. This is everybody's dream as a jockey in Australia."

Weir, who trains in the small town of Wangoom near Melbourne, praised Payne's outstanding ride against some of the world's best jockeys.

"I couldn't thank her enough," he said. "What a beautiful ride and what a great family."

The Melbourne Cup, raced since 1861, is known as "the race that stops a nation." Australians traditionally stop work at 3pm on the first Tuesday in November to watch the two-mile race at Melbourne's Flemington racecourse.

Last year, Australians bet almost AU$800 million ($571 million) on the race and betting was expected to exceed that amount this year.