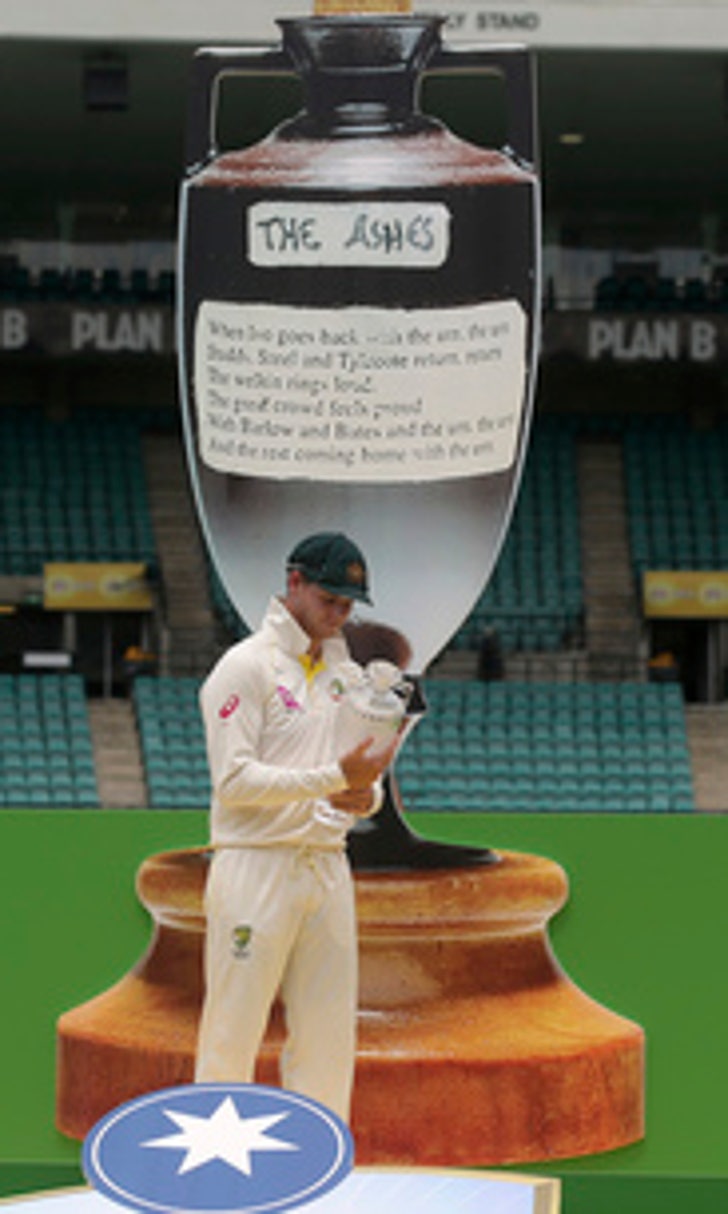 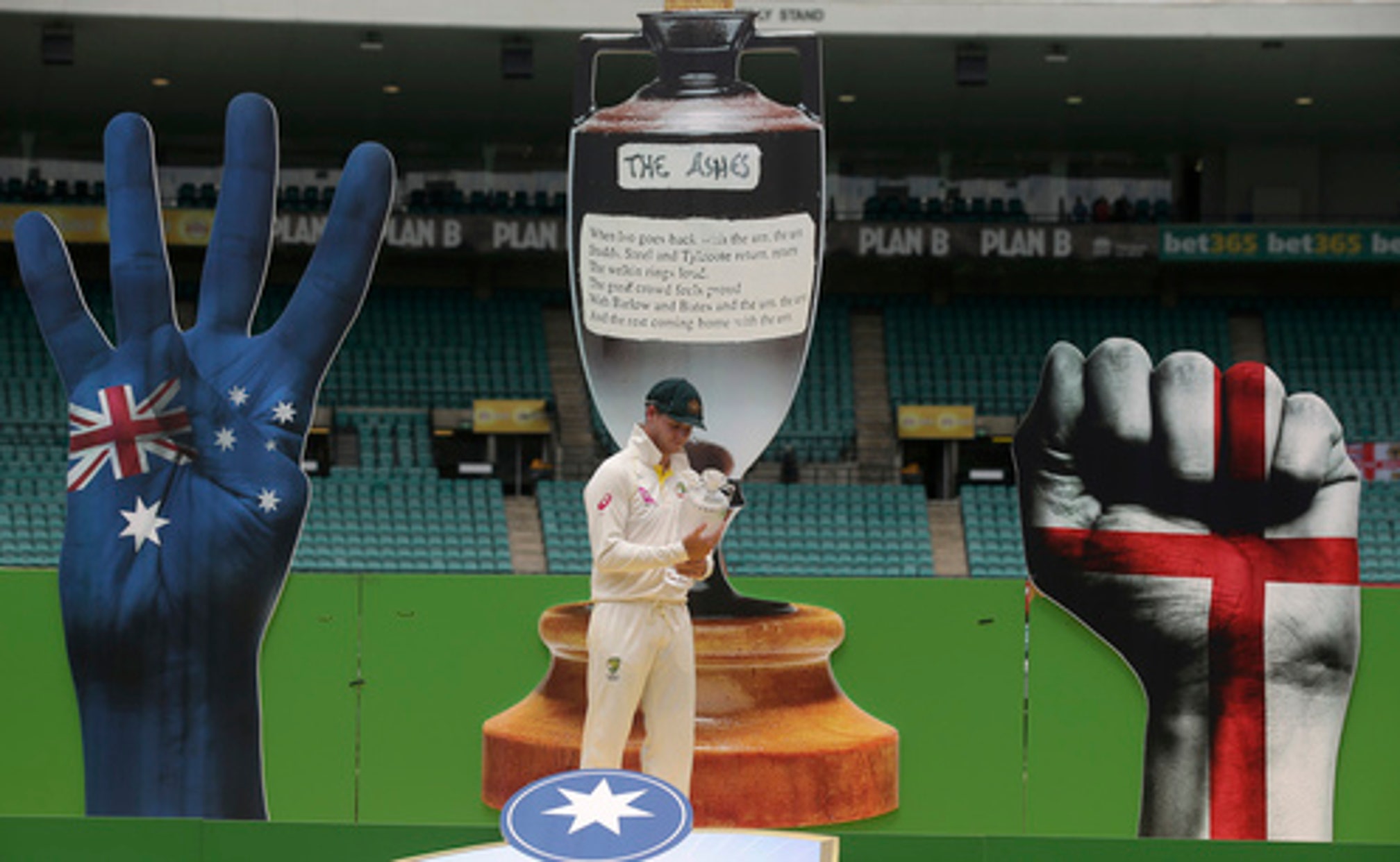 SYDNEY (AP) England ended another Ashes tour on a humbling note at the Sydney Cricket Ground.

Sick and tired young skipper Joe Root was asleep in the dressing rooms after an innings and 123-run defeat in the fifth test, leaving England vice-captain Jimmy Anderson to attend a post-series presentation on a platform shadowed by two big hands that signaled the series outcome: 4 fingers raised on one hand, fist clenched on the other.

It was far from subtle, although it was a slight improvement on England's last tour Down Under - a 5-0 series loss that culminated in a humiliating defeat inside three days at the SCG.

This England squad, led by Root on his first tour as England captain, was more competitive than their predecessors in 2013-14, taking each match to the fifth day. England also was the largely the better team in the drawn fourth test in Melbourne, only for Australia captain Steve Smith to prove unmovable on the Day 5.

''I do think it's been closer than 4-nil,'' Anderson said. ''We've been on top in some games, if not all the games at some stage. We've just not capitalized on the key moments.''

England's problems on the latest tour to Australia can perhaps be traced back to even before the first ball in the first test at the Gabba in Brisbane was bowled.

Wicketkeeper Bairstow made headlines for a reported head butt on Australian batsman Cameron Bancroft in a bar at the beginning of the tour in Perth, which later triggered a team curfew.

Later, Duckett, a batsman in the second-tier squad, reportedly poured a drink over Anderson in the same Perth bar.

Anderson, England's all-time leading wicket-taker, said the series result had more to do with not scoring enough runs and taking enough wickets than anything that happened off the field.

''The off-field stuff has no influence whatsoever on how we perform,'' Anderson said. ''Once we get to the ground or the dressing room and we're out on the field, that's what we're focused on.''

The conditions were also against the tourists with fast, bouncy pitches favoring Australia's big, quick bowlers more than England's attack of seam and swing.

The extreme heat and sun glare also contributed to discomfort levels, particularly in the fifth test where temperatures exceeded 41 degrees at the SCG on an oppressive day four and contributed to Root needing overnight treatment in hospital for a stomach illness. Root missed the resumption of play on Monday but returned to the crease at the fall of a wicket, only to retire hurt again at the lunch break.

While Australia's quartet of bowlers combined for 90 wickets across the series - each taking at least 20 - the tourists tried nine bowlers across the five tests for a paltry return of 58 wickets, which was the second-fewest by an England squad ever in a five-test Ashes tour.

The 1,003.2 overs spent in the field was England's most against any opponent for 23 years. And leg-spinner Mason Crane, who made his test debut on the expectedly spin-friendly SCG wicket, went for 1-193, the most expensive figures by an England bowler in his first test.

Only Anderson enhanced his reputation this tour by taking 17 wickets, six better than any of his fellow bowlers, at 27.82.

Australia also dominated with the bat, posting nine centuries to England's three, which were scored by Dawid Malan and Jonny Bairstow in Perth before Alastair Cook's unbeaten double century in Melbourne after the series was lost.

Steve Smith scored three centuries and Shaun and Mitch Marsh posted two each for Australia, the brothers combining for more hundreds between them than England did as a whole.

Root's inability to convert any of his five half-centuries into hundreds continued a worrying trend for the skipper.

''Getting to 60-70 with the bat is not good enough,'' Anderson said of England's top-order batting lineup in general. ''You've got to go on and get big hundreds, as (Australia) have done.

''Similarly with the ball it all very well and good to bowl well for 15-20 overs, but 20-35 overs can be the key overs for a bowler as an individual. I don't think we've done that.''