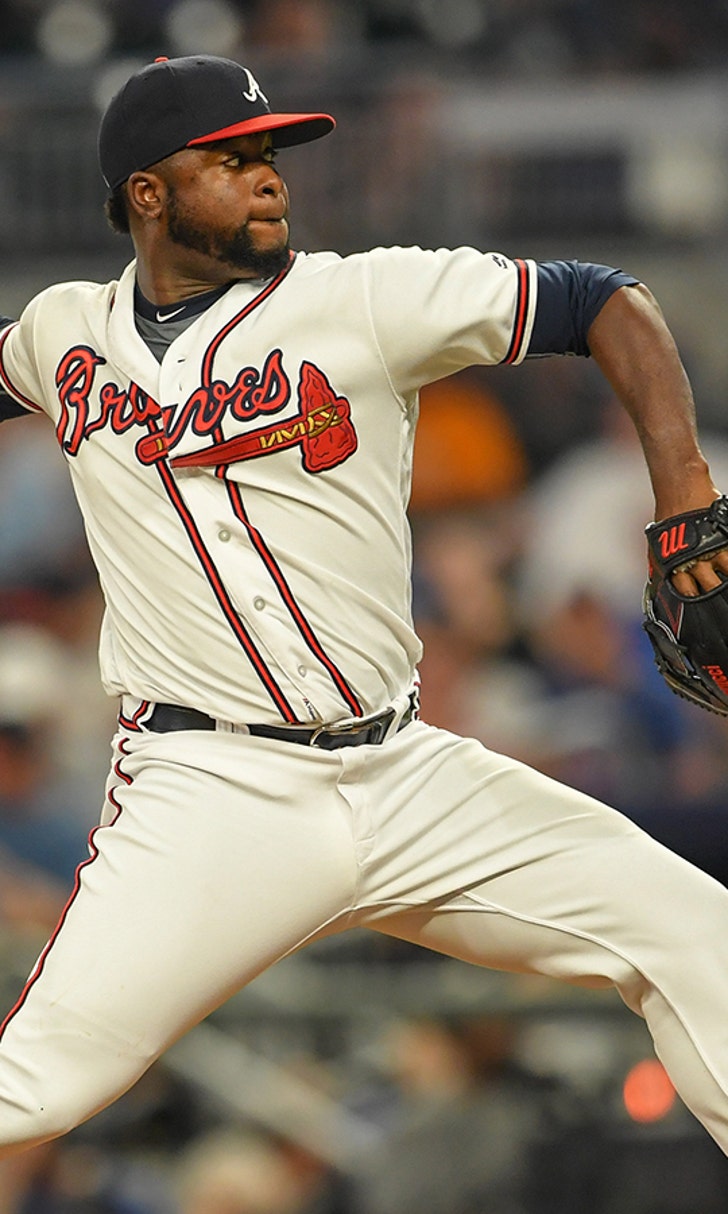 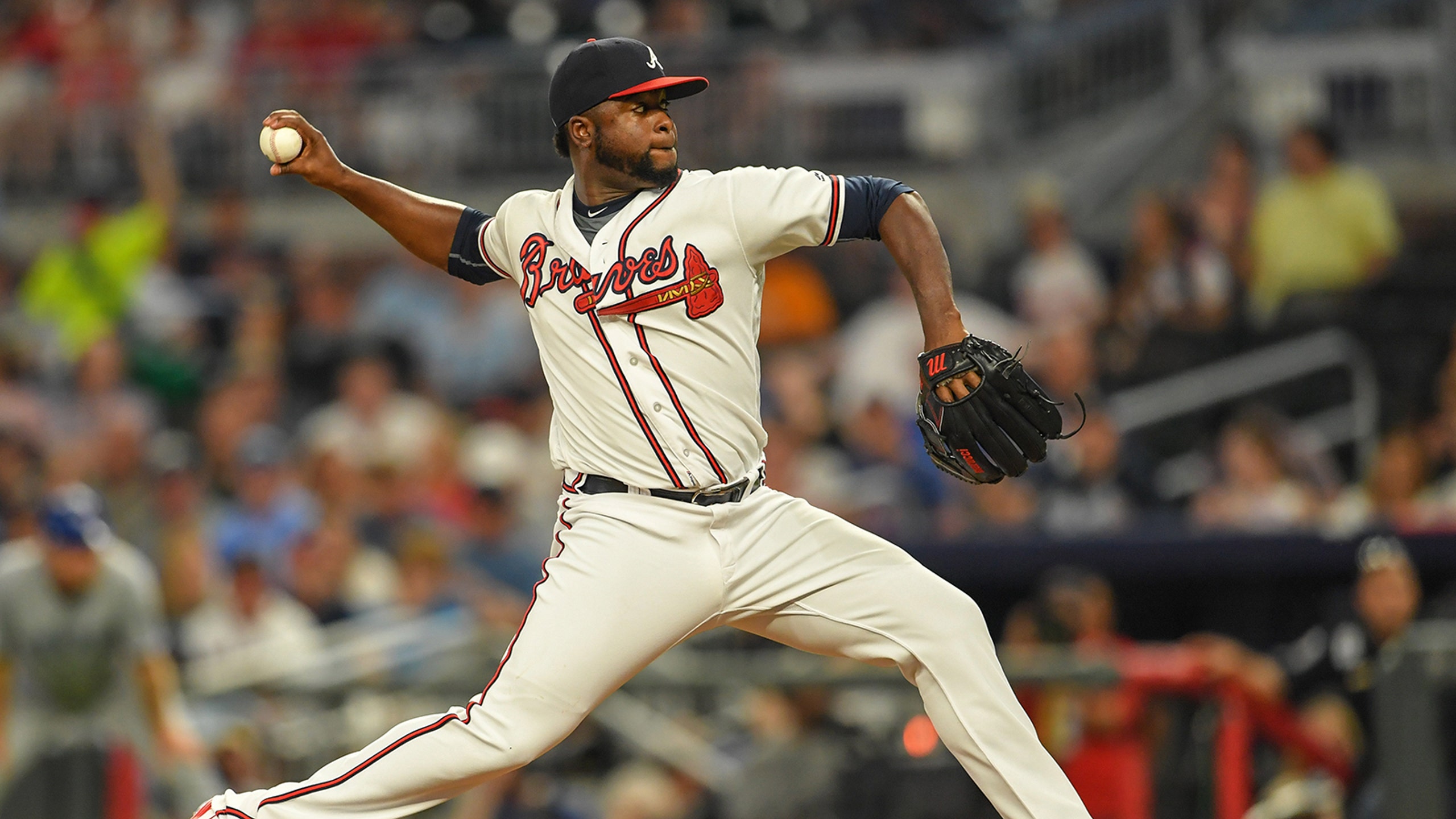 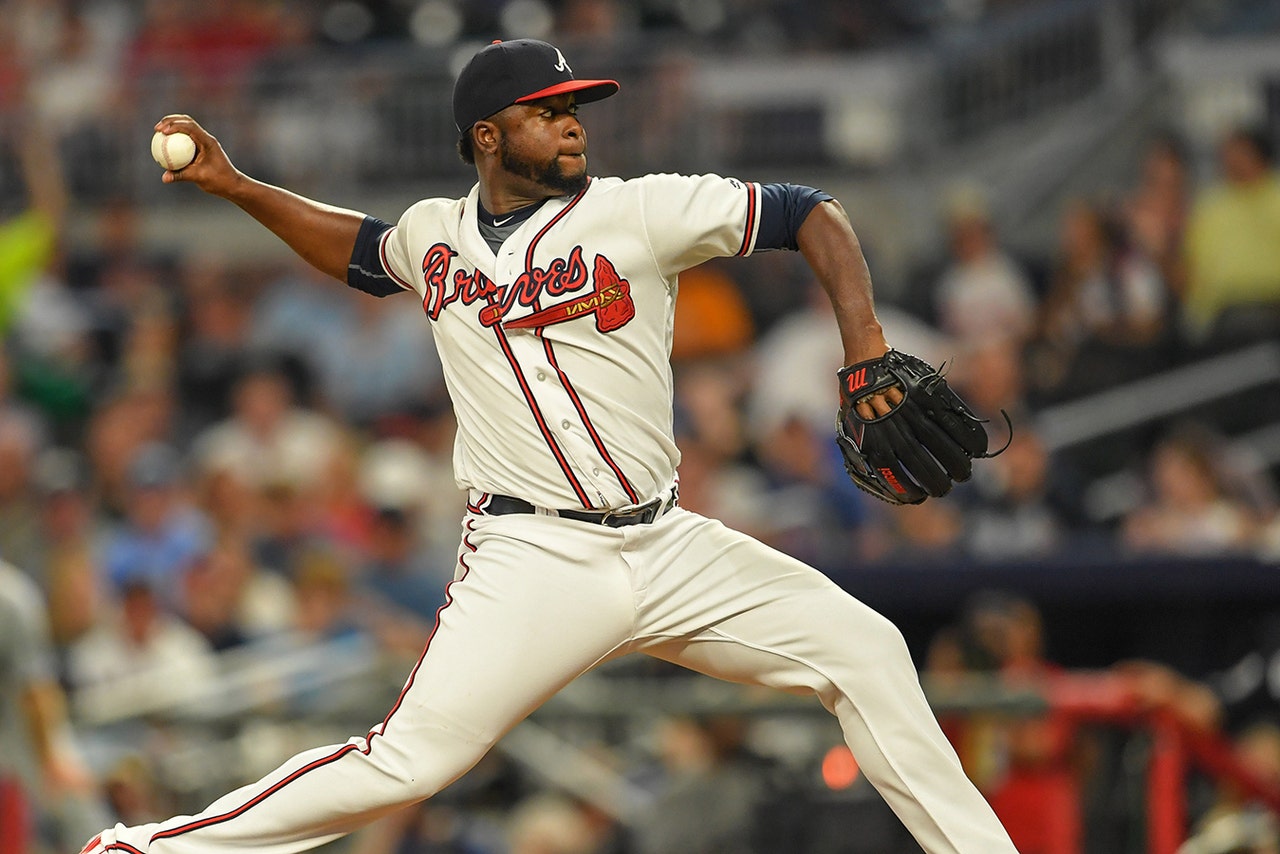 Innings piled up and a key injury didn't help matters, but the Braves' bullpen was a difficult watch for stretches over the run at the 2018 National League East title.

The Indians at 0.4 fWAR were the only postseason team to rank lower than Atlanta at 3.0, and over the last month of the season, the Braves relief corps was 28th (minus-0.5), ahead of only the Marlins and Nationals.

None of this is to say the group didn't have its moments. In April, it flirted with being a top-10 bullpen and shot up to third in August behind sensational months from rookies Jesse Biddle and Dan Winkler, while Brad Brach and Jonny Venters proved strong additions and a number of those heralded prospects made impacts in relief roles.

As the Braves hit Kissimmee, Fla., this week, improving the pen is a major point of emphasis, though the only addition at this point was an arm that was acquired at last year's trade deadline, but was unavailable due to injury.

1. Who will make up this season's relief corps?

Anyone who has followed this organization over its rebuild and rise to the division title is well aware, there are arms aplenty. That's one of the reasons why there was no need for pitchforks when general manager Alex Anthopoulos didn't add another starting pitcher or bullpen arm, even though both were on his stated offseason shopping list.

Now, the Braves could certainly still bolster this group -- though the cries for the return of the franchise's all-time saves leader Craig Kimbrel may not be headed -- but it would also be no surprise to see the bullpen completely made up of pieces already in the organization.

Then, there are plenty of options.

Then there's others on the 40-man like Grant Dayton (out since 2017 after Tommy John surgery), Jacob Webb (3.13 ERA and 3.55 FIP in 31 2/3 innings at Triple-A Gwinnett) and Wes Parsons (3.59 FIP in 88 innings for the Stripers), and those who in on non-roster invitations (Thomas Burrows, Corbin Clouse and Tucker Davidson).

It's a list that's exhaustingly long list, and those are just the in-house contenders if Anthopoulos doesn't bring in one of the 51 unsigned relievers or deal for another.

With one if not two bench spots and the makeup of the back end of the rotation up for debate, the sheer volume of pitchers in camp makes this one of the most compelling races this spring ... though it does all lead into another question.

2. Are they starters? Relievers?

Amid that September slide last season, the Braves opted to go into its stable of young arms to supplement the bullpen, with Max Fried throwing 2 1/3 innings over for appearances, while Touki Toussaint tossed three scoreless innings in two games.

Will that duo, along with Kolby Allard (three innings of relief in 2018), Luiz Gohara (15 2/3), Kyle Wright (six innings) and Bryse Wilson (two innings) or Mike Soroka, who didn't pitch in relief last season, be seen as bullpen contenders? Or will the Braves be better off keeping them stretched out and in Gwinnett in case they either need a sixth starter (or go to a six-man rotation) or are forced to deal with an injury?

As Anthopoulos said at last month's Chop Fest: "“In a perfect, ideal world, they would all start, all be stretched out. It’s best for their development and their career. At the same time, we’re trying to win. We’re going to have to balance that. We’ll be open to it. Every game’s going to matter from the start, especially the way the division’s going."

For the record, the assumption here is that Soroka, who put together five strong starts (3.51 ERA, 117 ERA+ and 1.442 WHIP) before ultimately being sidelined with shoulder inflammation, has the best bet of the bunch in terms of making the rotation. His innings will likely be monitored though, especially early on.

But with the reality that there's only so many rotation spots, a need to make up for last season's deficiencies and the absence of offseason acquisitions could make reassigning starters as the best possible way to improve.

When the Braves parted ways with pitching coach Chuck Hernandez days after last season ended, Anthopoulos noted there were situational philosophies that played a part in Atlanta's staff walking more batters (635) than any other National League team.

In steps new pitching coach Rick Kranitz, who spent the past three seasons with the Phillies. Along with helping Aaron Nola turn into a Cy Young finalist, Kranitz's relievers had an 8.1 walk rate during his tenure that was in the top 10 in MLB.

Cutting down on those free passes is a must, and if the Braves do end up leaning on the likes of Winkler, Biddle and more young arms, Kranitz has a history of developing them.

Along with Nola and Co. in Philadelphia, he was Baseball America's Coach of the Year in 2006 when he had the likes of Josh Johnson, Scott Olsen, Ricky Nolasco and Anibal Sanchez in Miami.

He may have been the forgotten man during the Braves' trade deadline deal last July that landed them Kevin Gausman, but Darren O'Day could wind up being a crucial piece if the bullpen is to see improvement without making any further additions.

In a pinch he can close games -- he has 21 career saves -- though it's more likely he becomes a seventh- or eighth-inning fixture, giving way to Vizcaino. Regardless of his role, it's certain that O'Day could benefit from a change of scenery. From his arrival in Baltimore in 2012 until his departure, the American League East had three of the eight most potent offense in the game (Red Sox, Yankees and Rays).

1.4 -- Minter's fWAR last season, which was 23rd among all relievers and just 0.1 behind Craig Kimbrel and David Robertson, who the Phillies signed this offseason to a 2-year deal for $23 million.