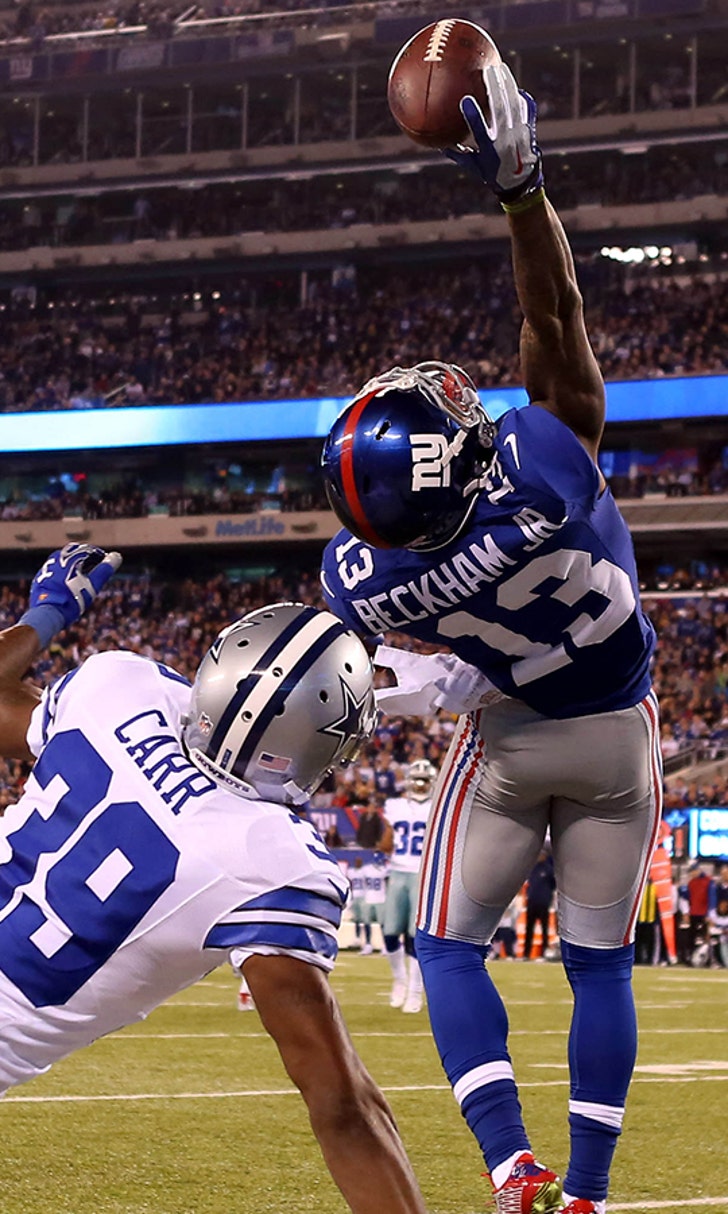 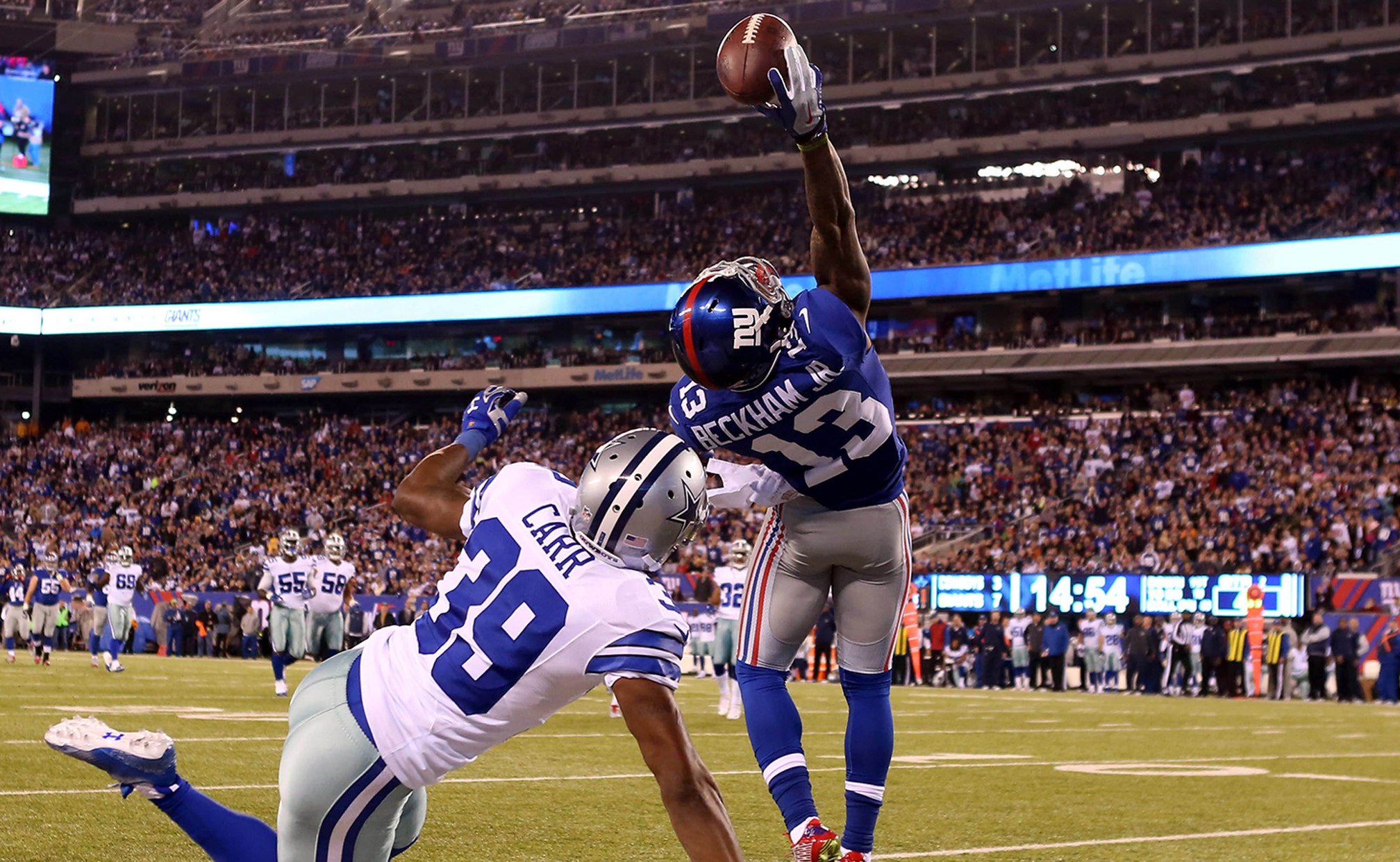 With the 2015 NFL Draft in the rearview mirror, it’s time for owners to start preparing and planning their 2015 fantasy football draft season strategy.

To recap, seven quarterbacks, 22 running backs and 35 receivers were selected in the 2015 NFL Draft.  The seven QB’s were the fewest dating back to 1967.  Of the 22 running backs (which includes players tagged fullback), only eight came off the board in the first three rounds. As for the new crop of receivers – of which 14 were drafted between the first three rounds – they are now challenged with upstaging and outperforming an efficient 2014 rookie class of fantasy receivers.

Take a closer look at the rookie receiver production from a season ago (sorted by PPR-FPPG):

Sure, we could critique and spin the above production when it comes to guys like Sammy Watkins – who didn’t have a great quarterback and played through injury – Jarvis Landry – a bubble screen machine with no games of 100+ receiving yards – or Martavis Bryant who was basically M.I.A. unless he caught the ball in the end zone. Those footnotes are all fair assessments and worthy of reading and analyzing between the lines.

However, highlighting NFL front offices’ infatuation with targeting receivers during the 2015 Draft and reminding fantasy owners how consistent rookie receivers were a season ago is just the tip of a larger iceberg when it comes to 2015 fantasy football draft strategy.

The strategy is fairly simple at first glance: stock up on running backs in the first three-to-four rounds because the receivers will be there well into the later rounds of your draft.

To further illustrate and drive home the point, take a look at the top-scoring fantasy running backs table below:

What are we to take away from this stat table?

It’s safe to say in most fantasy football leagues, owners are required to start two running backs with the option of “flexing” out a third starting RB if they wished. So, at the very least, the top 24 fantasy running backs are needed to fill out the most-common 12-team PPR league rosters.  However, only 19 running backs averaged double-digit fantasy points in PPR leagues last season. If you were one of those unlucky five owners who had a RB2 who averaged less than 10 fantasy points in PPR leagues, odds are you didn’t win your league championship.

So, draftees like Melvin Gordon (Chargers), Toddy Gurley (Rams – could start on PUP list) and Ameer Abdullah (Lions) all have some fantasy value off-the-jump when sorting through the statistical minutiae.  With Ryan Mathews gone, the Chargers haven’t defined a primary running back, Rams seem eager to ride the hot hand and provide young running backs a shot at starting (see: Mason, Tre) and Joique Bell is a great finisher around the end zone, but the Lions could once again embrace a RBBC.

With hindsight always 20/20, here’s how many wide receivers averaged double-digit fantasy points in 2014:

Forty.  Forty wide receivers averaged double-digit fantasy points last season.  That’s a WR-1, WR-2 and optional WR-3/FLEX-WR plus four extra receivers of position pool depth. Patience may be considered a virtue, but when it comes to your fantasy football drafts, patience when drafting a receiving corps should be a necessity.

Most owners – present company included – made the lazy/popular pick of Calvin Johnson in the first round as if his 20-fantasy-points-per-game production was predetermined.  Megatron averaged the equivalent of 13.34 FPPG (17 weeks/games), while James Jones averaged 10.31 or three receptions / 30 yards difference.

So, for the sake of a May fantasy football argument, let’s toss out a possible draft focus:

Rob Gronkowski is so heads-and-shoulders dominant at the shallow tight end position that, when healthy, he’s my RB-focused draft strategy exception not the rule. Jimmy Graham’s zip code change to Seattle is a large enough variable to force me to pump the breaks on a first-round endorsement considering my rekindled focus on running back depth or lack thereof, but don’t mix the message – Graham and Gronk will once again compete for fantasy TE supremacy.

As if you needed another reason to focus on running backs in the early rounds, of the Top 12 scoring fantasy quarterbacks, more than half possessed an average draft position AFTER the 5th Round (standard leagues).

Be patient and be rewarded come late-December.

Sign up for your FREE fantasy football team and league today.

The Story Of America's Team
Jimmy Johnson and Troy Aikman reflect on their Dallas dynasty ahead of the Cowboys' annual Thanksgiving Day game.
8 hours ago

Feasting On Wins In Week 12
From a Turkey Day teaser to all the wagers a bettor could want, Geoff Schwartz makes his picks for Week 12.
8 hours ago

Herd Hierarchy: Week 12
It's a bloodbath in the latest "Herd Hierarchy," where Cowherd has tossed out four top 10 teams from last week.
21 hours ago