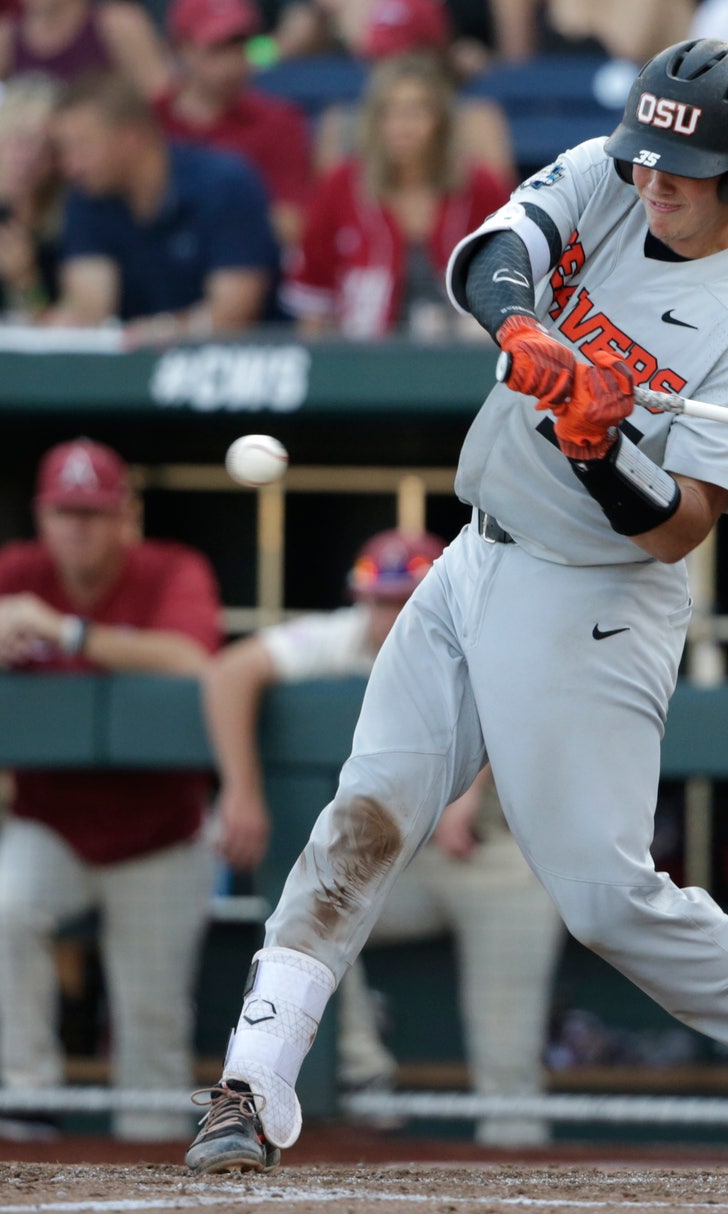 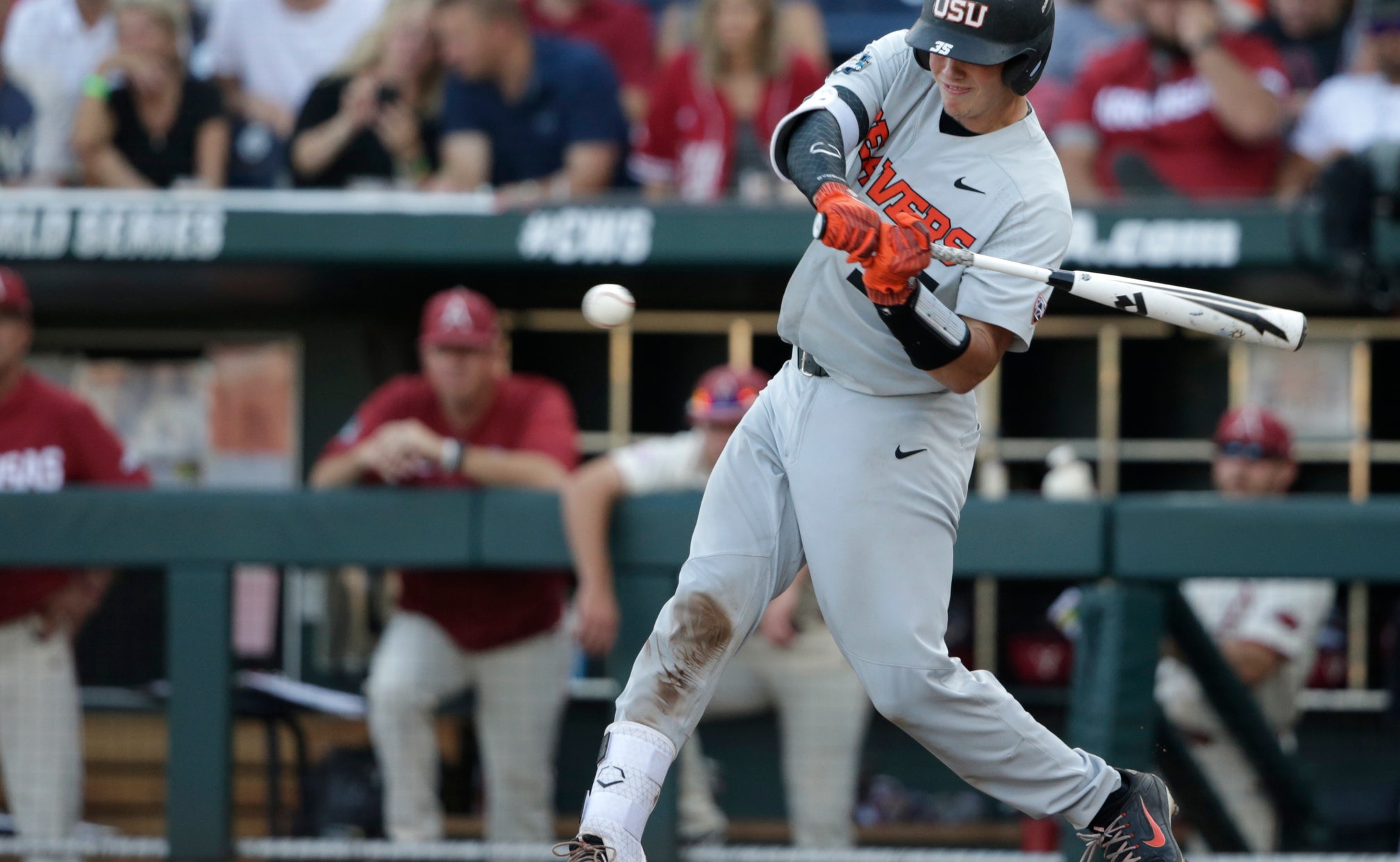 10 players to watch in college baseball

Ten players to watch in college baseball this season:

Rutschman is widely projected as the No. 1 overall pick in the Major League Baseball draft in June. He batted .408 over 67 games and turned in one of the best individual performances in College World Series history, setting a record with 17 hits and batting .567 with 13 RBIs while earning Most Outstanding Player for the national champion Beavers.

One of the best offensive seasons in program history led to Vaughn winning the Golden Spikes Award as national player of the year. His .402 batting average ranked third in Cal history, and he matched the program record and was second nationally with 23 home runs. He failed to reach base in only two of 54 games.

Martin, who along with teammate Heston Kjerstad formed the best freshman combination in the SEC, batted a team-leading .345 with 14 doubles and 13 home runs. Martin upped his game in the NCAA Tournament, leading the Razorbacks with a .352 average, including .357 in the CWS. He had eight hits in his first at-bats in Omaha, including a 4-for-5 game against Florida in the semifinals.

The 6-5, 260-pound junior throws mid to upper 90s, owns the best slider at this level and is poised to be the first college pitcher taken in the draft. Stinson moves to the top spot in the rotation after working mostly as a reliever last season, when he struck out 98 in 62 innings.

The sophomore might be the most versatile player in the country. He made 58 starts last season at six different positions. The Commodores' leadoff man batted .338 for the season and a team-best .308 in SEC games, and his 22 stolen bases were most in the conference and most by a Vandy player in five years.

The junior was a unanimous All-American who led the Big West with a 10-1 record in 15 starts, all but one lasting fewer than six innings. His 1.60 ERA was best in the Big West and sixth in the country, and he struck out 115 in 101 1-3 innings. Pallante will get a good measure of himself right away when he faces 2018 College World Series qualifier Washington on Friday.

Another top draft prospect, Langeliers enters his third year starting as the best defensive catcher in the nation, having thrown out 23 of 33 base stealers and posting a .994 fielding percentage. His walk-off RBI single gave Baylor its first Big 12 Tournament championship, and he set career highs with 18 doubles, 11 home runs and 44 RBIs.

Meyer and staff ace Patrick Fredrickson will be in the spotlight again for a Gophers team that lost five everyday players. Fredrickson was 9-0 and named Big Ten pitcher of the year as the Friday night starter. However, there's more onus on Meyer to repeat what he did last year, when he set a school record with 16 saves, none bigger than his three-inning, six-strikeout performance against UCLA in regionals.

Thompson had a fantastic freshman season, but an arm injury caused him to miss his first seven starts in SEC play last year. He's fully recovered, having raised eyebrows last summer when he pitched a combined 8 2-3 shutout innings for the USA Collegiate National Team.